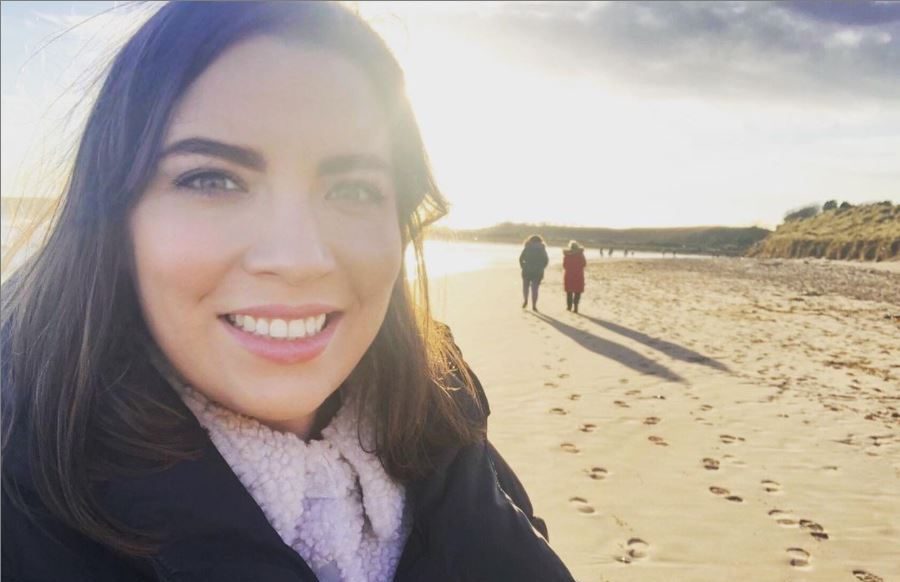 When my fiancé asked me to marry him last summer, it wasn’t a huge surprise.

Despite being shocked – and excited – in the moment, we had already spoken at length about the fact it was something we both wanted.

But, perhaps stupidly, we hadn’t discussed the increasingly contentious issue of surnames. Then, we did.

It turned out he had assumed I would be taking his name. I was incredulous.

‘Why would you not?’ was his response.

Although I like the idea of the unity of marriage, the commitment and the sharing of a life, I think that a lot of wedding traditions are outdated.

Earlier this month, for instance, England and Wales saw the law change to include the name of both partners’ mothers alongside their fathers on a marriage certificate. It was long overdue, with Scotland and Northern Ireland already having had this in place.

And when it comes to my own wedding, there are some things I intend to do differently. I’m not a possession, therefore I won’t be having anyone walk me down the aisle to ‘give me away’. I will do my own speech, because why wouldn’t I? And I’ll wear white, if I fancy it. I won’t if I don’t.

I am aware that I’m rather hypocritically wearing an engagement ring (it’s so bloody nice, though…)!

But none of those details really matter in the grand scheme of things. There is, however, a lasting impact on how I decide to be known for the rest of my life and I’m still not sure what way I want to go.

Around 90% of British women who marry men take their partner’s name, according to a 2016 survey. This includes around 85% of 18-30-year-olds – surprisingly high for such a supposedly progressive generation.

But what about your career, and your sense of self? What if your prospective husband just has a really terrible surname? Or one that will transform your initials into a swear word?!

Yes, it might be ‘tradition’. Well, so is staying at home and keeping it tidy, but I’m not going to be donning my apron and marigolds any time soon.

It’s also not something I feel massively comfortable with.

To be perfectly honest, I’m not emotionally attached to my surname. I mean, it’s Smith, the most common name in English speaking countries around the world. My parents have also been divorced since I was a child, so it’s not as though it feels like a ‘family name’.

But still, it’s mine. It’s how I’ve always been known.

My initials are SAS, which I’ve always enjoyed. People call me Smithy. I have a freelance career and my name is important to me in terms of securing new work.

It’s part of my identity.

This is all without even getting into the fact that, because I’ve agreed to marry my partner, I’m now expected to change my ‘title’ to ‘Mrs’. Historically, this literally signifies that I am the possession of a man.

So, why not just keep my name? It’s not like I’m legally required to change it (although some of the population do still think this is the case).

Well, one day, I hope I can have children. If I decide to keep my own name, what surname do they take?

Traditionally it would be the father’s, which makes absolutely no sense. Why would I automatically give my child my partner’s name when I’m the one who has (hypothetically) carried them for nine months and given birth?

One reason why women take their husbands’ names is thought to be down to the ‘good family’ narrative – the belief that a family unit feels more secure if the members all share a name.

Aside from the fact that this is discriminatory – the family ‘unit’ is an ever-evolving thing, that takes all forms – my feeling isn’t that I need my ‘family’ to all have the same name. My issue is with the old fashioned, patriarchal assumption that a child will share their name with their father, before their mother.

I’m not judging anyone for taking their husband’s name, and I’m not even sure what I’m going to do myself yet. But when you forfeit your name in favour of your husband’s, it feels like starting off your marriage in agreement that he is more important than you. I just find that almost impossible to get on board with.

We could combine our names, like the 11% of young newlyweds who choose to go double-barrelled, according to a 2017 study by Opinium.

I’ve got several friends who have done this. While I think this makes sense on lots of levels, what happens if you have children and they get together with another double-barrel? Quadruple barrelled names all round?

I like the idea of merging our names into one but, unfortunately, they’re not very compatible: Needham and Smith. We could go for Smeedham? Neeth? Nope.

Confusion about which way to go remains but, all things considered, I think I’ll stick with plain old Smith. I suppose there’s always the option to change to Needham down the line, if the sentimentality of being married gets the better of me.

But for now, I can’t imagine suddenly having a different name, after all these years of being me.

MORE: Why I’m never getting married

MORE: My secret lockdown wedding made me understand what marriage means

MORE: Platonic best friends marry each other as their connection ‘transcends romance’