IN our Simba Hybrid 3-in-1 Duvet review, we see if we can get a better night’s sleep with one of Simba’s clever products.

3-in-1 duvets have been around for a while and we’re a fan of the idea; you can save yourself valuable storage space by having a modular duvet that can be adjusted depending on the temperature.

Plus, with three tog options, it’s more likely that you’ll be able to find a thickness that suits you

Simba has added some clever features to its 3-in-1 offering, notably making an effort to make it more environmentally friendly by manufacturing parts of it from recycled plastic bottles and using Better Cotton. 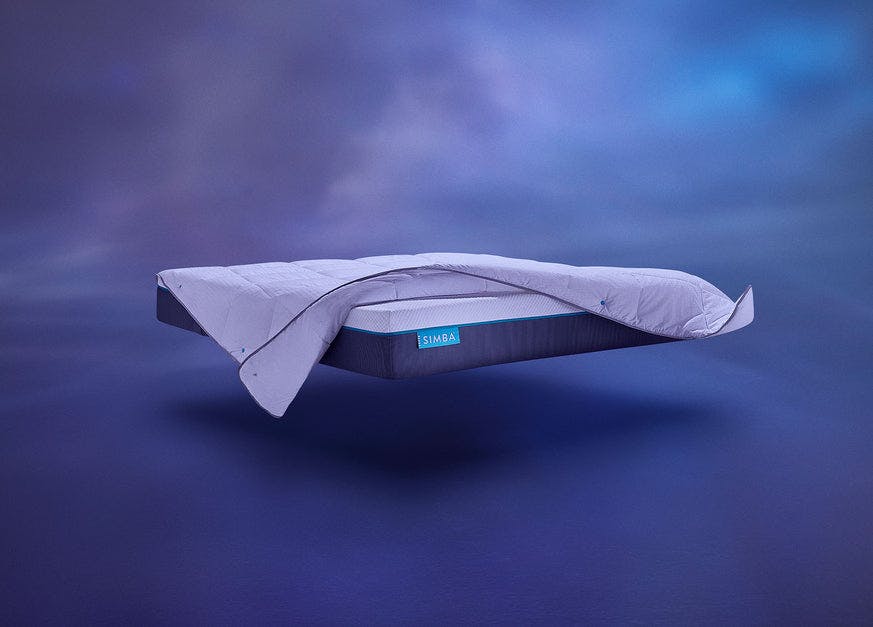 When you’re paying top dollar for a duvet, you want it to look the part right away. Luckily, the delivery process from Simba is very straightforward. At the time of writing Simba uses DPD Local for its non-mattress products. We’re happy as long as they don’t use Hermes… sorry, Evri.

Unpacking the boxes is easy and getting the Duvets ready to go is a piece of cake.

The duvet does come with a storage case which can be used to store the half of the duvet you’re not using, but we found it wasn’t much of a space saver, so we vac packed the part of the duvet we weren’t using instead.

As you’d hope, Simba’s 3-in-1 duvet feels premium right away. It’s got a soft cotton cover which you can still notice beneath a bedsheet and the ‘renew clusters’ in the filling, which are made from recycled plastic, are evenly distributed and are divided into pockets so they can’t form clumps.

We tested this duvet in the summer, so we mostly used it with its lightest 3.5 tog (blue binding), which we didn’t find unbearable, even in the middle of a heatwave. That could be down to the duvet’s moisture-wicking properties which helps it draw sweat away from you as you sleep.

The spring/autumn duvet (grey binding) is a 7 tog covering and we’d back up Simba’s claim that it’s suitable for the majority of the year. Similar to the light summer duvet, the 7 tog feels lux and is incredibly soft.

Combine the two duvets together and (you maths wizes guessed it), you get a 10.5 tog duvet designed for cold winter nights. Because of the premium design and the options available, we’d be surprised if we could find someone that didn’t like at least one of the options all year round.

Simba 3-in-1 duvet review: how much does it cost? 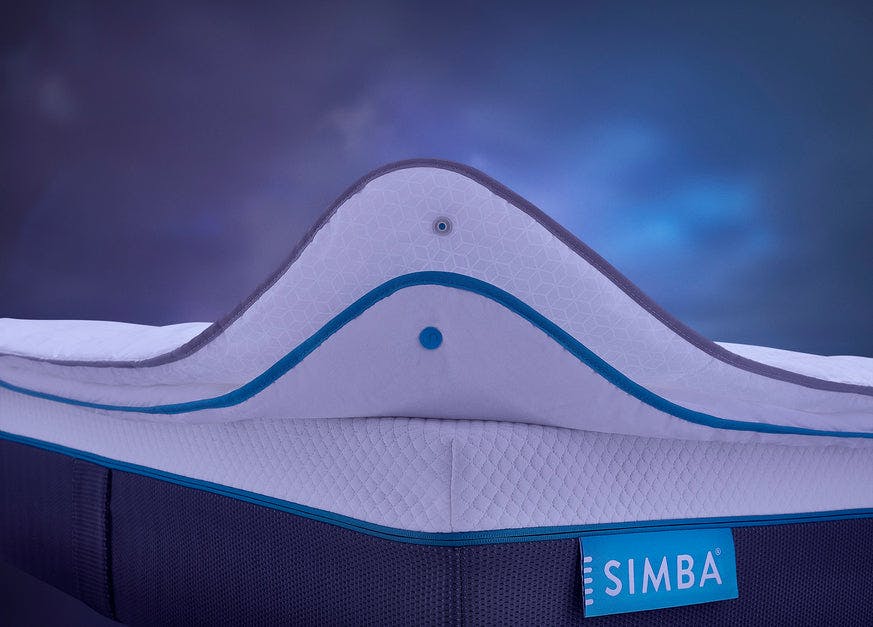 This is the biggest hurdle for the Simba 3-in-1 duvet. At the time of writing, its RRP on the Simba website for a single is £249. That’s just too much, in our opinion. A quick scour of the web tells us you can find something similar for well under £50 elsewhere.

Simba distinguishes itself from rival brands with its premium quality, eco credentials and carbon neutral delivery, but even taking that into account, £449 (RRP) is a lot of money for a Super King duvet.

Now, internet mattress brands are notorious for having year-round sales on their sites, so you should be able to find this 3-in-1 duvet at a discount in the near future. We’ll update this page with offers on this duvet when we spot them.

What bundles does Simba Sleep have?

You can save a decent amount of money on the 3-in-1 duvet if you buy it as part of a bundle. Currently, it’s 35% off when a new customer buys it along with a mattress. That’s a decent saving and certainly makes it more tempting.

Other bundles from Simba include a single mattress, two premium pillows and a duvet for £580.60.

You can shop all of Simba’s bundle deals here.

Yep, this Simba 3-in-1 duvet is machine washable and Simba say the duvet will retain its softness and shape even after repeated washes.

You can buy Simba products from a number of retailers as well as the official website.

We’ve listed some of the options we’ve seen around below.

The verdict: is a Simba 3-in-1 duvet worth the money? 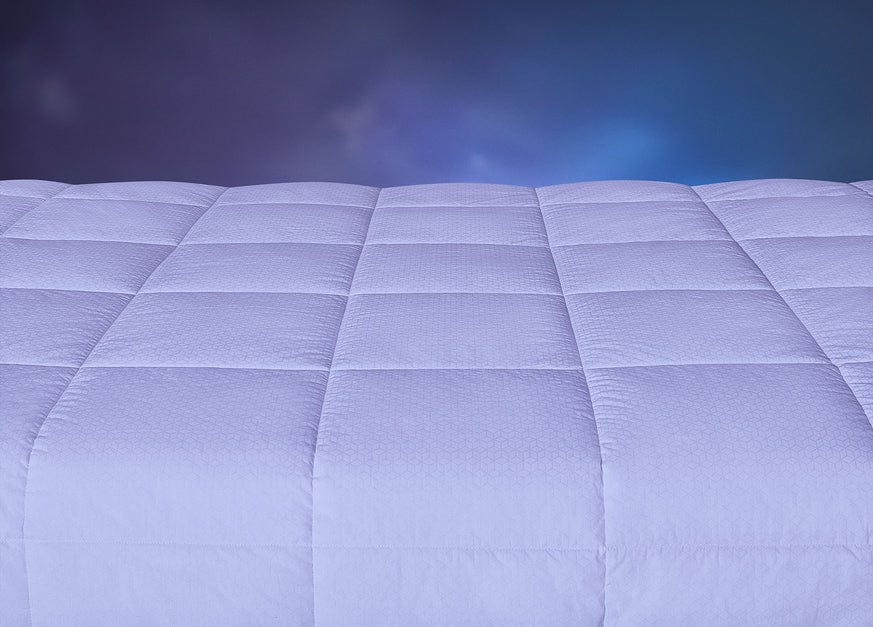 If you’ve got the money to spend on Simba 3-in-1 Duvet, you certainly won’t be disappointed. It does everything you’d hope it would and feels luxurious doing so. It’s also incredibly practical and should last a long time.

We like the commitment to being more environmentally friendly through the manufacturing and delivery process, but would we spend our own money on this duvet? Short answer, no.

If we were buying a duvet we’d opt for something cheaper that’s a bit less nice, but no less practical. However, if we saw the Simba 3-in-1 duvet at 40-50% off, we’d be tempted. For that reason, we’d say keep your eyes peeled for deals on this duvet around Black Friday and Christmas if you feel like treating yourself.

What’s the difference between the Simba 3-in-1 Duvet and the Simba Hybrid Duvet?

The two duvets Simba offers at the time of writing are similar in quality. They’re both made from a mixture of Better Cotton and recycled plastic, they both feel luxurious and they’re both temperature-regulating.

How does the Simba 3-in-1 duvet compare to the Emma Cloud Duvet?

It’s incredibly light and with a 6.7 tog rating, it can be used year-round in houses that don’t get too hot or cold.

However, it’s not made from sustainable materials and it’s nowhere near as versatile if you get too hot or too cold.

The Cloud Duvet is great for most situations whereas the 3-in-1 should be great for all situations. It’s better for the planet too.

What alternatives are there to the Simba 3-in-1 Duvet?

There’s lots of alternatives to the 3-in-1. There’s options at John Lewis, Amazon and Marks and Spencer.

Shop around the web and you’ll find plenty of other options.