WE kneaded, mixed and whisked up a storm in the kitchen for this Smeg stand mixer review.

But does the family-owned Italian stand up to the test? And how does the SMF02 50’s style mixer compare to competitors like KitchenAid? 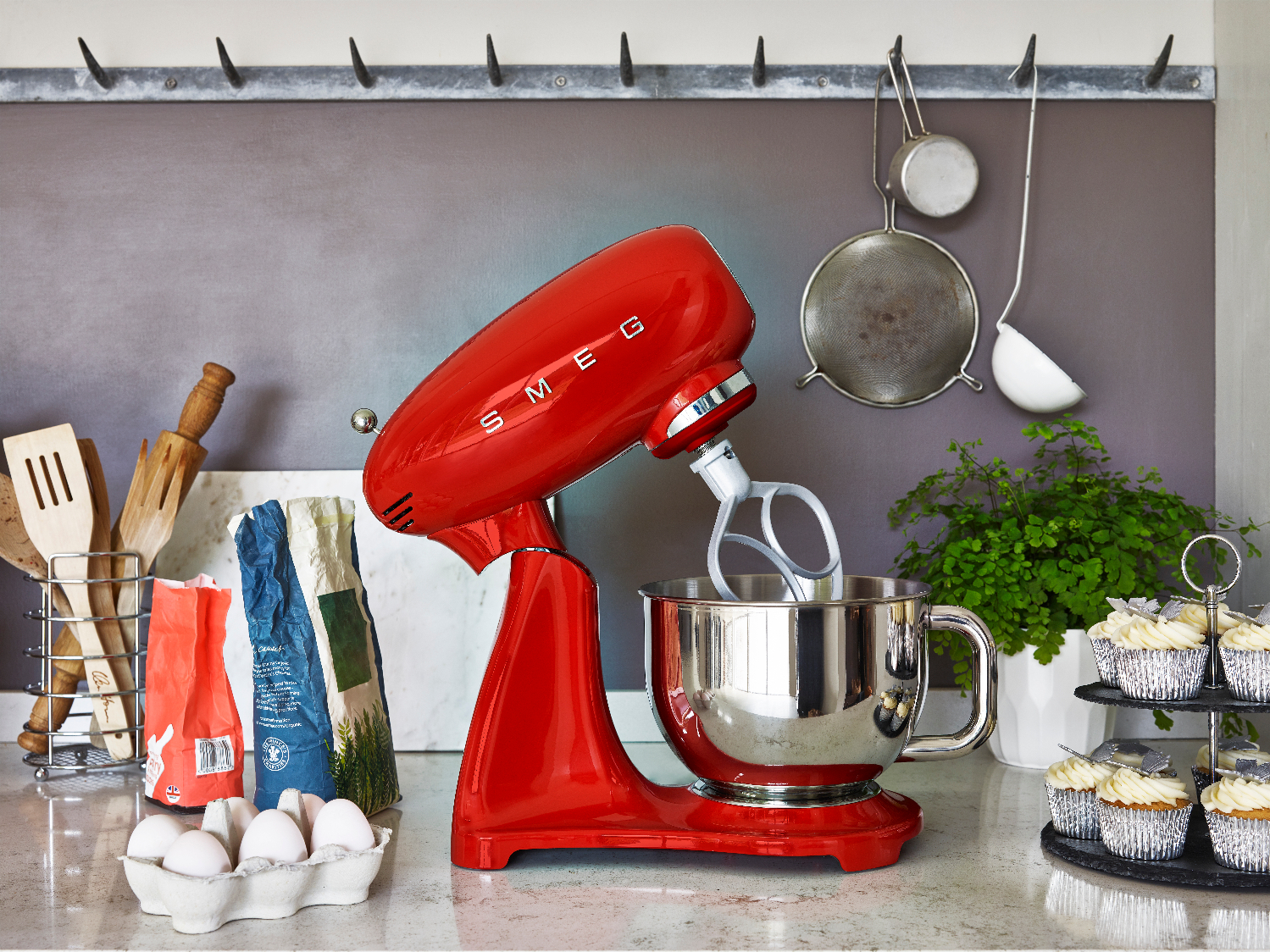 The Smeg SMF02 stand mixer is a sleek 50's style machine that will add a pop of colour to your kitchen.

Unlike its competitors, where the whole machine is the same hue, the body of the Smeg mixer is a matte silver, which provides a nice contrast to the colourful attachment arm.

It comes with three standard attachments – a dough hook, flat beater and wire whisk – as well as a 4.8l mixing bowl and a deck of recipe cards.

What accessories does it come with? 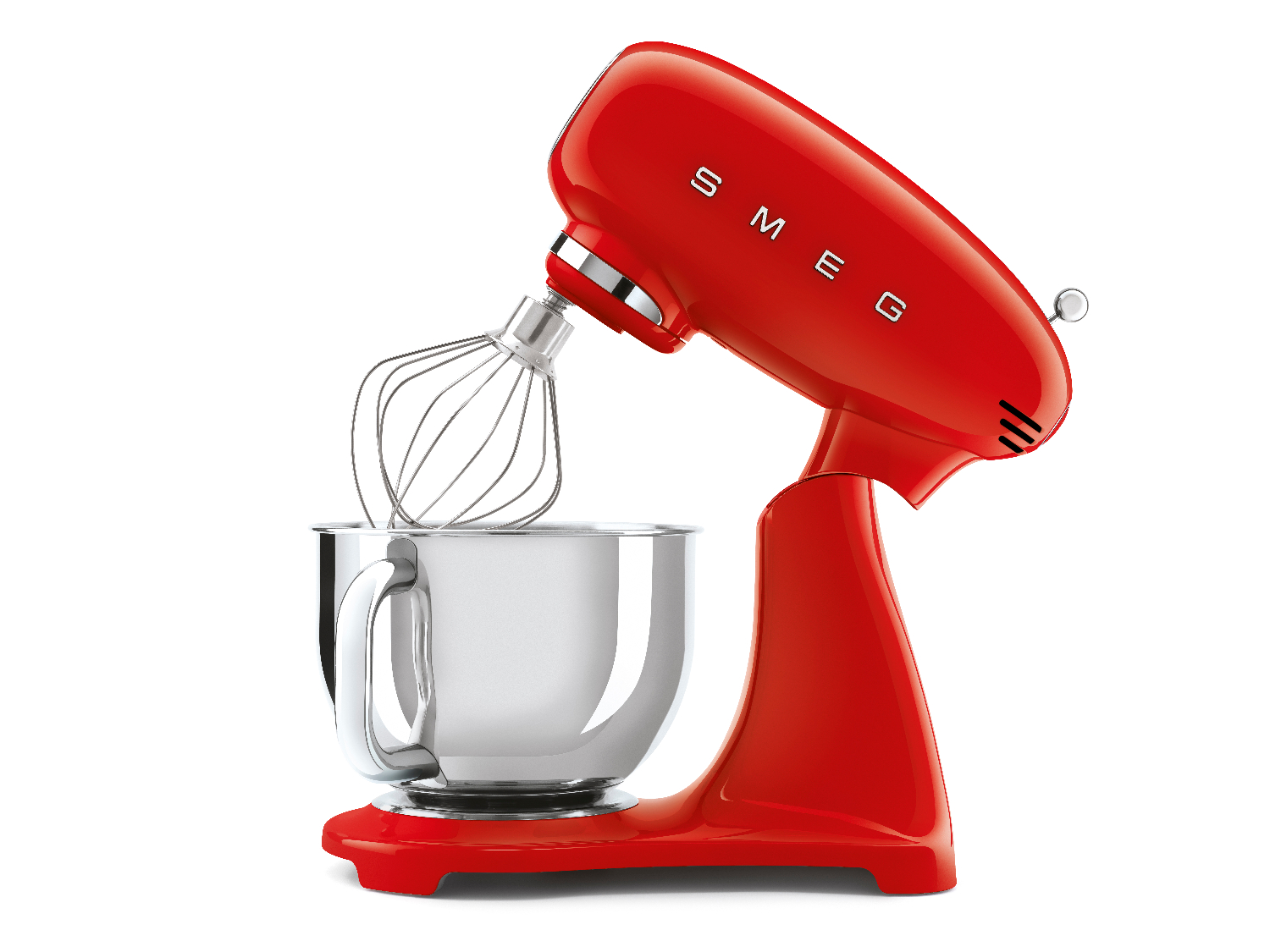 Is it easy to use?

The Smeg stand mixer is easy to set up and assemble.

There’s a button at the back that you press to tilt the attachment arm and then the mixing bowl goes in with a twist.

The attachments are installed via a pin that locks into place with a twist as well and there’s a spring mechanism to keep them in place for extra peace of mind.

The only awkward moment is when you come to lower the attachment arm again.

Unlike other stand mixers where you can press the button and lower it straight down, on the Smeg SMF02 you have to tilt the arm back a bit before you can lower it. It’s an extra safety feature but it does get in the way during use if you forget.

At the top of the machine you have the speed dial, which goes from zero to 10, with a marker showing you where you should stop when kneading dough.

Is it good for kneading dough?

We tested a brioche recipe on the Smeg SMF02 stand mixer, which was a fairly wet dough.

The machine coped well, lifting the dough up where others have left it stuck to the side of the bowl.

However, we did find that the machine took longer to incorporate all the ingredients compared to some similar models we tested.

This is perhaps due to the fact that the manufacturer recommends running the machine at no higher than three in terms of speed and this was a little slower than its competitors.

On the plus side, it was a very sturdy machine and we saw zero rocking during use. 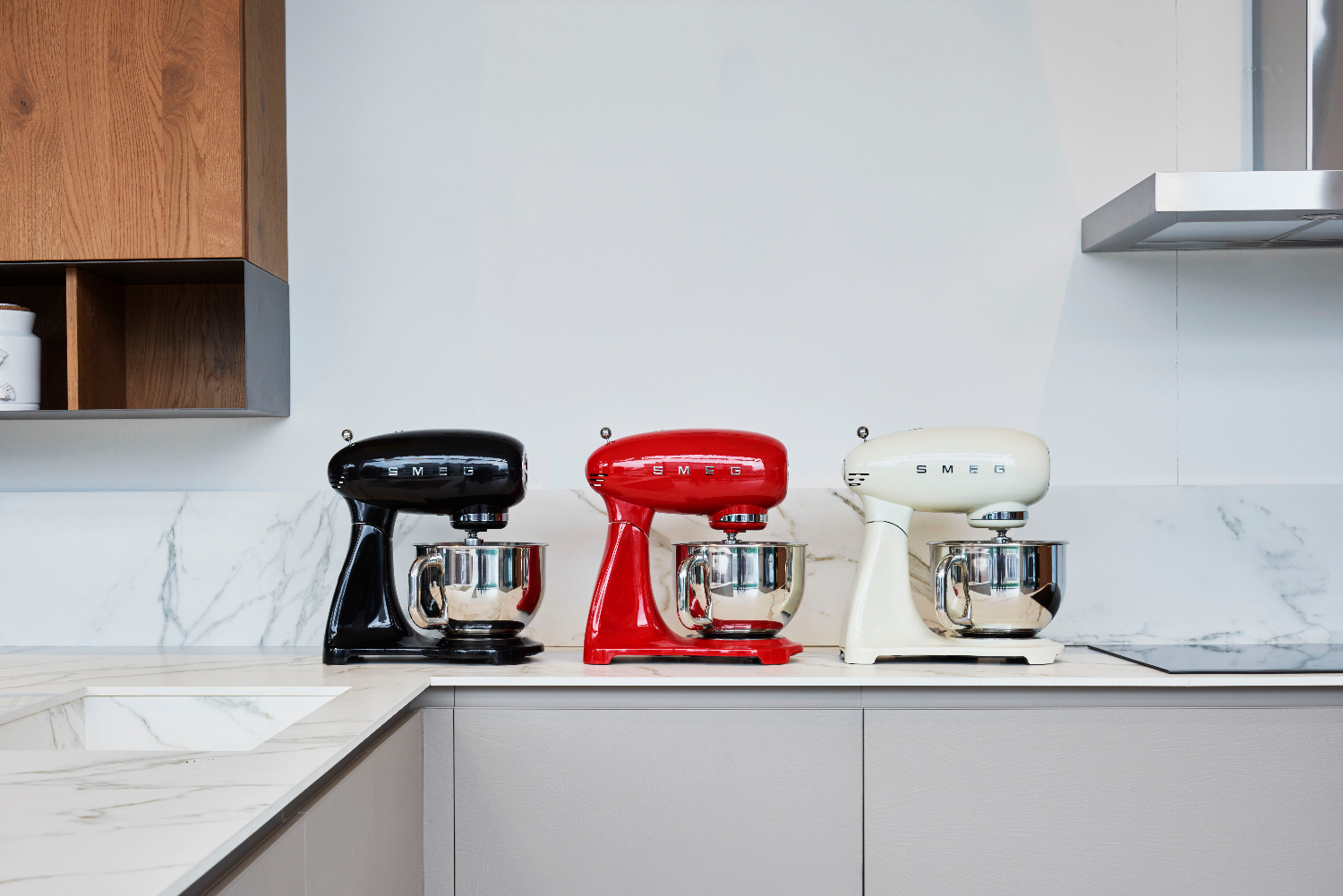 Is it good for whisking?

We tested an angel food cake recipe on the Smeg SMF02 50's Style stand mixer and it turned out gloriously light.

The whisk attachment frothed up the eight egg whites in no time and in less than a minute they turned into soft peaks.

Once we added the sugar, it was just a couple more minutes before the mixture was smooth and velvety and ready for us to fold in the flour.

It definitely helped that we could whack the speed all the way up to 10 for this one.

Is it good for mixing?

The Smeg SMF02 was super efficient at combining soft mixtures.

We tested a cornbread recipe on it and the flat beater brought together all of the ingredients we had in the bowl before we even had a chance to add the rest of the liquid.

Once we added the liquid, it took just another couple of minutes for it to produce a well combined mixture.

We think this was its best feature.

What else can it do?

Smeg also makes a small range of accessories you can buy to expand your stand mixer’s functionality.

These include a three-piece pasta set, a slicer and grater, a multi-food grinder, and an ice cream maker.

It’s hard to find a more stylish stand mixer than the Smeg SMF02 and if that’s the most important factor for you then this is a great machine.

Although SMF02 was great at whisking and mixing at speed, we think there are more efficient alternatives if you’re more likely to be baking bread than cakes.

That said, we got great results from all of the attachments, it’s just a matter of a couple of extra minutes of time.

There’s also the Cuisinart Precision SM50BU 5.2l stand mixer, which is a bigger and cheaper alternative.

For a budget-friendly option, try the Morphy Richards Mixstar.