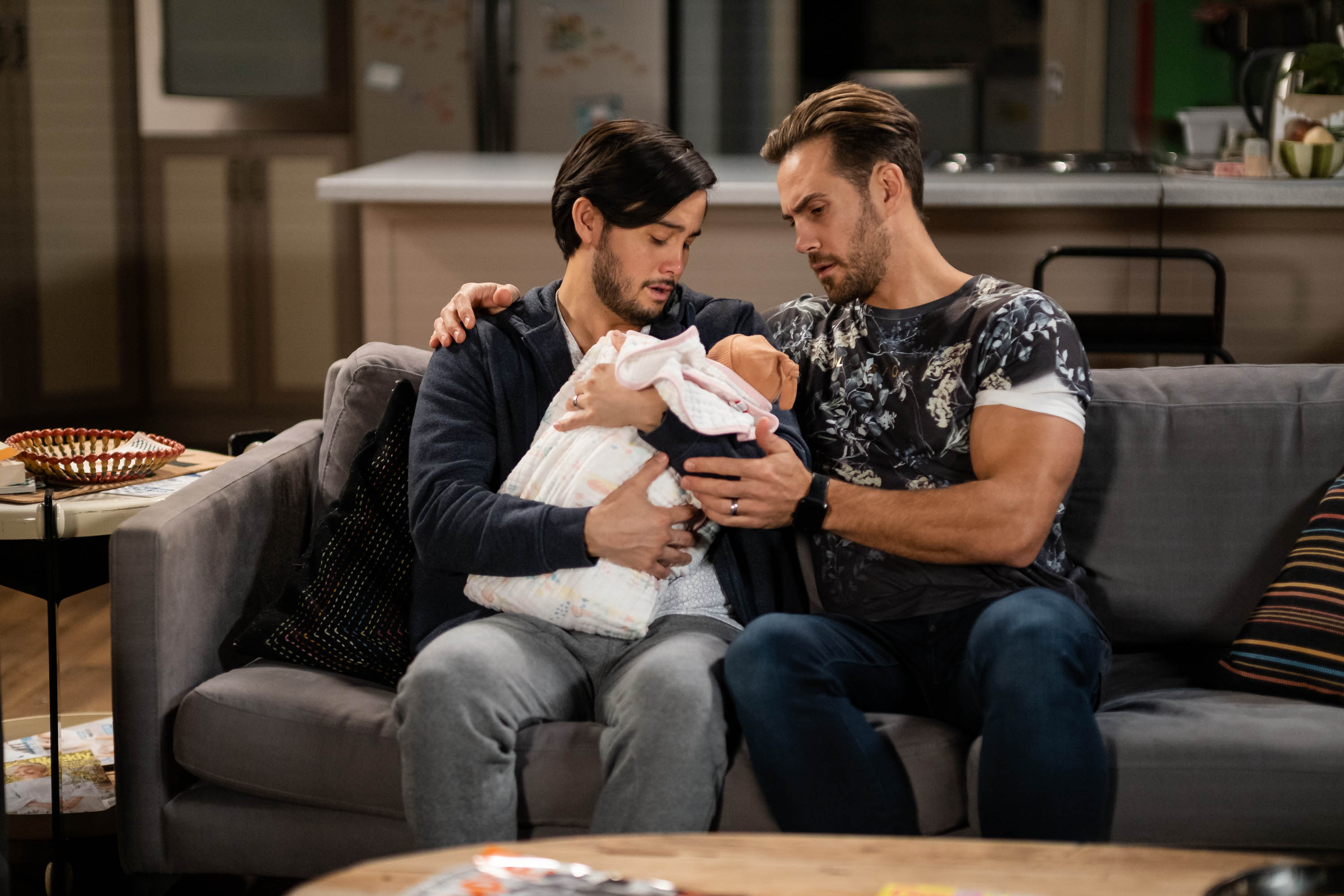 Things are getting more and more grim for the new family and poor baby Isla is getting caught in the crossfire in Neighbours.

There is a battle on the cards as David (Takaya Honda) and Paul (Stefan Dennis) turn to the famous Robinson lawyers. Paul is ready to get dirty and Nicolette (Charlotte Chimes) has no idea what she’s dealing with.

Aaron (Matt Wilson) is the only one seeing sense, trying to get his husband and father-in-law to take a step back for a moment. When Nicolette hears about the lawyers she’s terrified – she can’t compete with Paul’s army, and Jane (Annie Jones) can see how much stress she’s under. She approaches Paul secretly, and lays a deal on the table, one she believes he can’t say no to.

A frightened and grasping-at-straws Nicolette notices Aaron’s reluctance to go ahead with the legal proceedings and thinks she’s found the weak link. She tries to convince him that ploughing ahead with the legal battle is a bad idea and that he should get David to back down, but Toadie puts a spanner in the works when he advises Aaron to take Paul up on his offer. Are things about to get Nasty?

Aaron and David roll up their sleeves and dive straight into a meeting with their lawyers. Aaron starts to have doubts when he learns the custody battle will mean a full character assassination of Nicolette. But they’re wrong if they think Nic will be the only one torn apart. David will be in the firing line too.