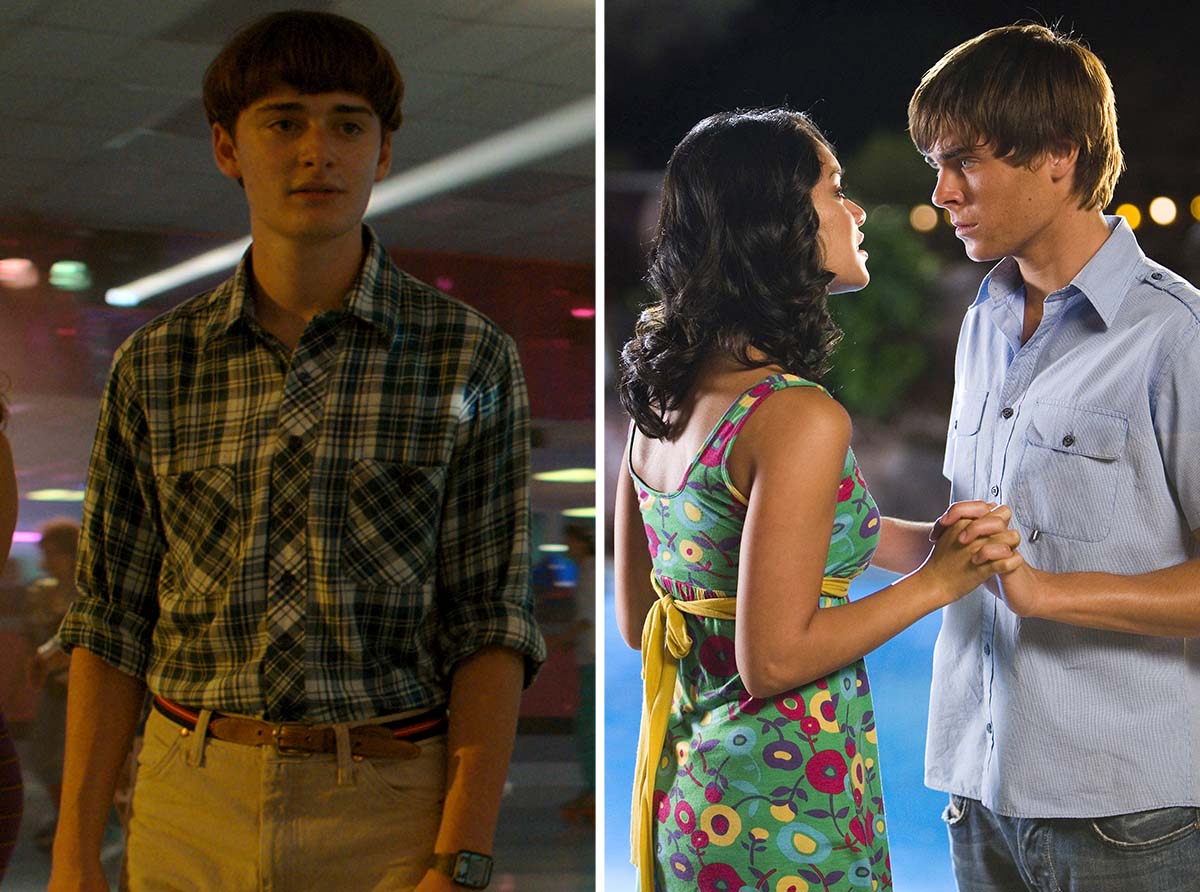 Are Mike and Will a carbon copy of Troy and Gabriella? Stranger Things have happened! A mashup of a Byler scene from the Netflix hit and a Zac Efron and Vanessa Hudgens duet from High School Musical 2 has gone viral — and fans can’t get enough of the eerie similarities.

“I just burst out laughing how the hell are the two scenes exactly the same frame by frame😭😭,” fan account @podstcardsgrande, who uploaded the clip to Twitter, wrote alongside the video on Tuesday, July 19. “And will saying ‘what about us’ just like troy😭.”

The footage — which has 4 million views and counting — features a side-by-side comparison of a Stranger Things season 4 fight between Will Byers and Mike Wheeler, and the “Gotta Go My Own Way” duet, a breakup scene, between Troy and Gabriella in HSM2. Both scenes depict emotional back-and-forths between the two characters from each series as they struggle to sort out their respective relationships.

While Hudgens and Efron’s HSM characters are singing about their romantic split, Noah Schnapp (Will) and Finn Wolfhard (Mike)’s characters are in the middle of a fight about their friendship — which Schnapp, 17, confirmed has romantic undertones for Will.

“Now that he’s gotten older, they made it a very real, obvious thing,” the Netflix star told Variety in an interview published on Thursday, July 14, about his character’s sexuality. “Now it’s 100 percent clear that he is gay and he does love Mike.”

While Will’s sexual identity had been hinted at throughout the series, it wasn’t until season 4 that it became canon.

“I think it is done so beautifully, because it’s so easy to make a character just like all of a sudden be gay,” the actor added. “It was always kind of there, but you never really knew, is it just him growing up slower than his friends?”

“I think you find out slowly through the season, Will’s kind of love towards Mike, and I think it’s a really beautiful thing,” the It actor told Digital Spy in May.

While the Byler ship is still going strong, 10 years before Stranger Things’ 2016 debut, fans obsessively rooted for Troy and Gabriella. As their relationship evolved throughout three films, so did the romance between their real-life counterparts, Efron, 34, and Hudgens, 33.

The Tick, Tick… Boom actress told the “Awards Chatter” podcast in 2019 — nine years after their 2010 split — that her romance with the Baywatch star “started off really organically” in 2005. Five years and three HSM movies later, the two called it quits.

Everything the ‘Stranger Things’ Cast Has Said About Will’s Sexuality

“It was mutual. They have been together for so long. It just ran its course,” a source exclusively told Us Weekly at the time. The two have since moved on in their love lives — Hudgens dated Austin Butler from 2011 to 2011 and is currently dating baseball star Cole Tucker. Efron, meanwhile, was most recently linked to model Vanessa Valladares. They called it quits in 2021.

The Spring Breakers star and the Lucky One actor “completely lost contact” after their split, Hudgens told Access Hollywood in 2017.