She proposed — and one of her Succession costars acted as witness.

Sarah Snook is off the market after secretly marrying Dave Lawson in a private Brooklyn ceremony.

In an interview with Vogue Australia, “Succession” star Sarah Snook admitted that she had married her “best mate”, Dave Lawson, in a quiet ceremony in February.

“At the beginning of the pandemic last year, I got locked down in Melbourne with one of my best mates and we fell in love,” she told the publication.

She shared that while the couple had known each other for years, the timing of their relationship just wasn’t right until only recently.

“We’ve been friends since 2014, lived together, travelled together, always excited to see each other, but totally platonic. We’ve just never been single at the same time,” she said. 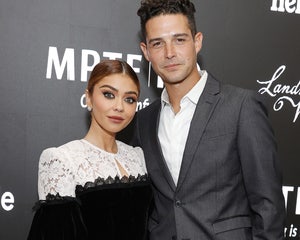 The 33-year old revealed that she was even the one who popped the question — “I proposed and we got married in February in my backyard.”

She told the publication she proposed on Halloween 2020.

“It’s been a ride. There’s so much heartache and sadness in the world, but on a micro personal level, I’ve been very fortunate,” Snook continued. “There’s a really lovely grace in that without the pandemic, we might not have ended up together so quickly.”

Ash Zukerman, who played Snook’s hookup Nate on the show, was a witness for the couple’s ceremony — during which she wore a vintage velvet Chloé coat and a pair of Blunstone boots.