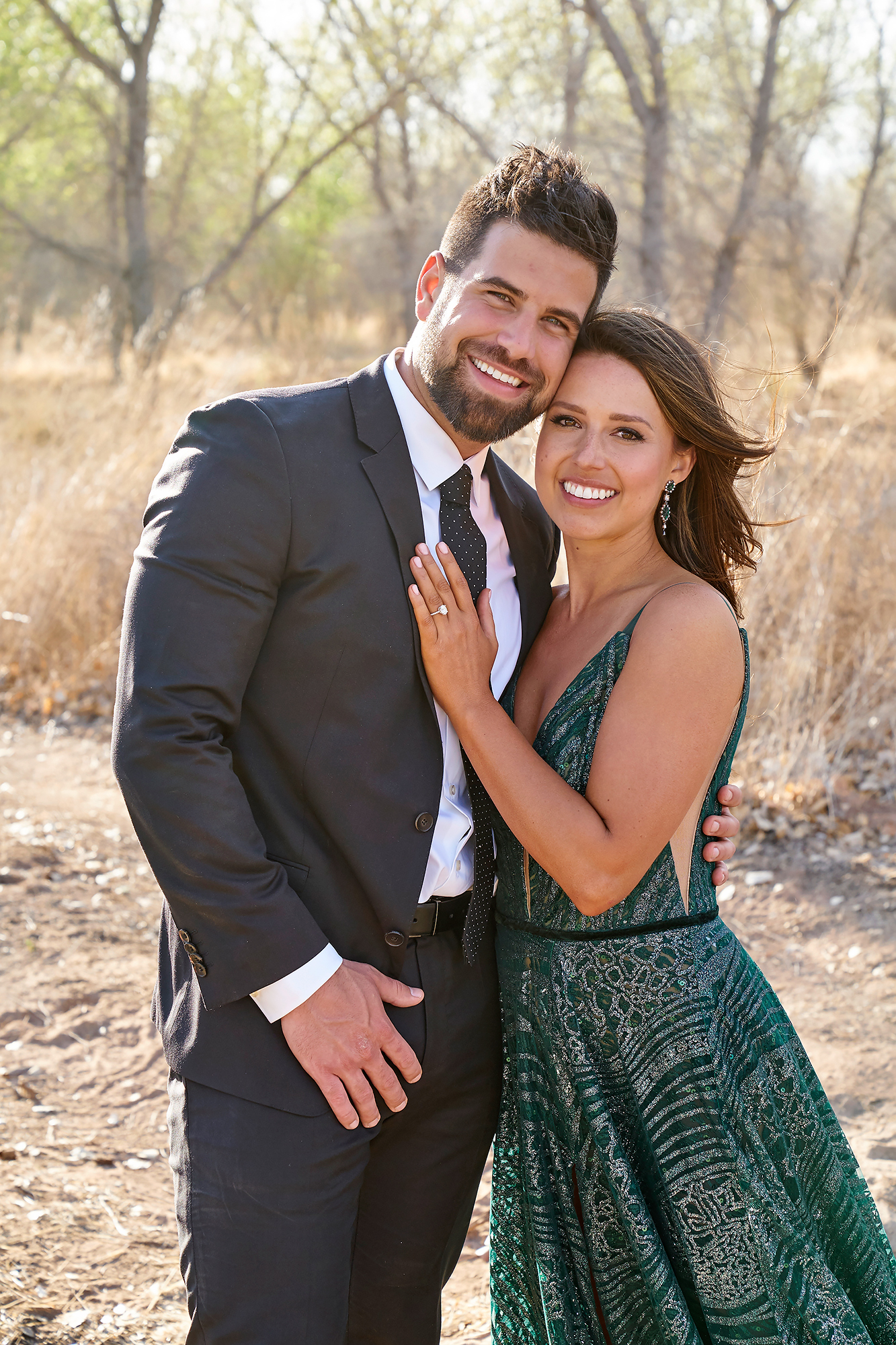 From roses to real life! Following Katie Thurston’s whirlwind Bachelorette romance with Blake Moynes, the pair have since focused on navigating real life, balancing careers and residing in separate countries.

“I’m, like, totally winging my life right now,” the former Bachelorette, 30, told Us Weekly of her excitement to reunite with the Canada native, 31, while backstage at Whitney Cummings’ Touch Me Tour on Friday, October 22. “I literally leave tomorrow in San Diego at, like, six in the morning. So I’m driving back home after [the comedy show in Anaheim, California] at some point.”

Since the pair’s televised engagement — which aired in August on ABC — they have been working on blending their real lives and navigating long-distance. 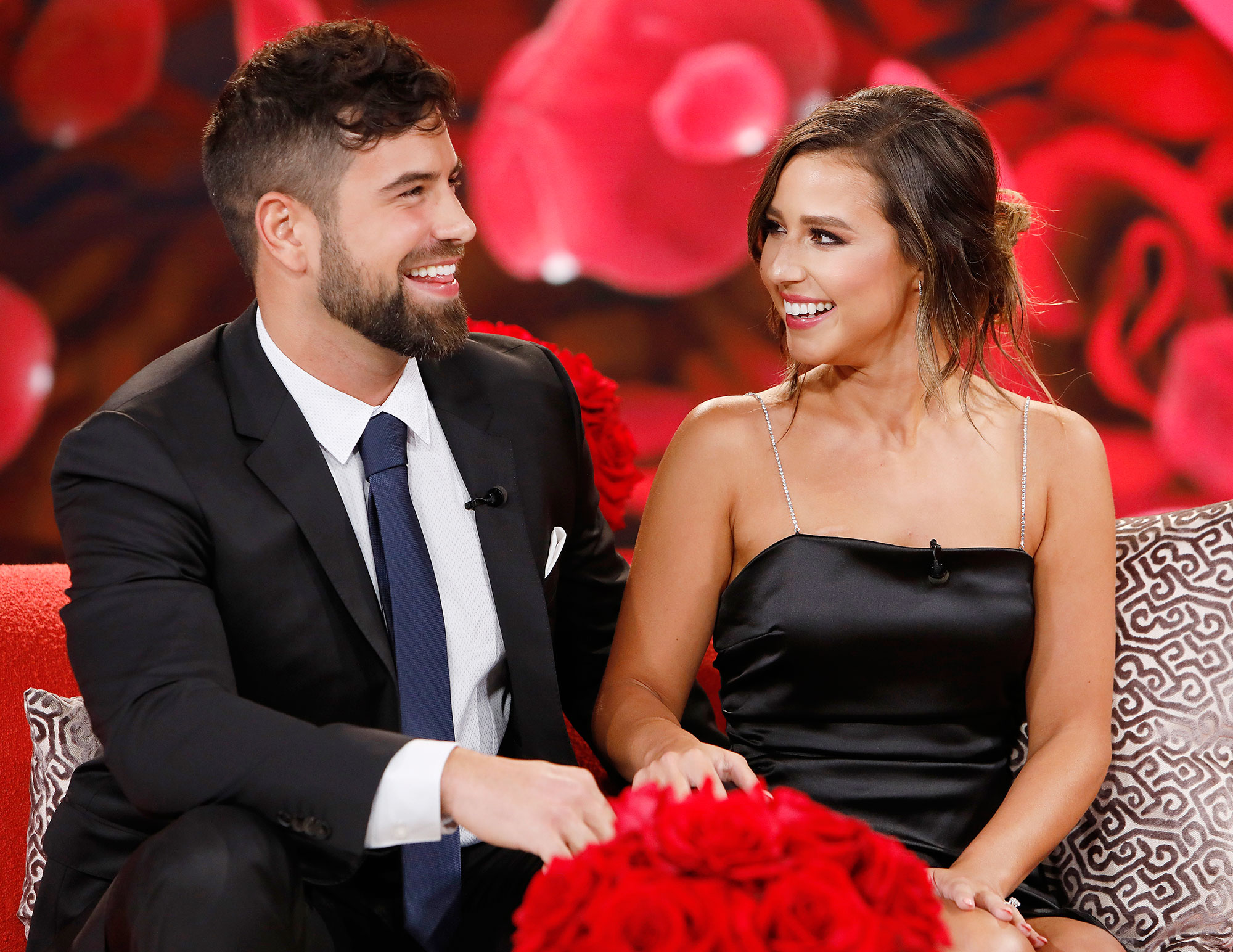 “We’re figuring it out,” the Bachelor season 25 alum said. “We don’t know. This is very new to us still. I’m just focusing on myself, he’s focusing on him, and if we work doing that, great.”

Moynes, who is based in Canada, has been rescuing rhinos in Africa earlier this month, but still found time to support his partner, who made her stand-up debut during the 39-year-old Female Brain star’s Friday night tour stop.

“The face you make when you realize your fiancé has bigger balls than you! ⚾️⚾️,” the wildlife manager wrote via Instagram on Wednesday, October 20. “S—t, I thought crashing a group date gave me them … I don’t think I could ever even attempt stand up comedy. Super proud and excited for you @thekatiethurston !”

While gushing over her beau’s support, the Washington native noted that she was the most excited about “not traveling back and forth” and settling down together “eventually.”

“I was surprised [over his post],” Thurston told Us. “I mean for him to be so supportive publicly, it actually meant a lot. For him to be, like, ‘you have such big balls.’ No, it’s p—sy power, okay?”

Moynes, who originally appeared on season 16 of The Bachelorette, returned to the franchise during the fifth week of the following journey to meet the popular TikToker. After a whirlwind courtship, the pair got engaged during the season 17 finale.

“I think everyone can agree that this is exactly who I was supposed to be with,” Thurston noted during the After the Final Rose special, which aired in August. “He fought to be here for me and chose to stay even when I’m telling him to his face that I considered leaving. That he was confident enough to hold both of us till the end, I’m just so lucky. I love him so much.”

Since then, the pair’s relationship has continued to flourish, as Moynes met Thurston’s cat, Tommy, and they each visited each other’s respective home countries.

“I don’t think people fully understand what it’s like to date someone from another country and the rules behind that and the visas behind that,” the former bank marketing manager explained via Instagram Story video on August 25. “I think right now Blake can only be here for 60 days before having to go back to Canada, so we really do have a lot we have to look into — and we just haven’t yet — before we can plan really anything else.”

Friday’s standup gig at the City National Grove of Anaheim marked the first time that the Bachelorette season 17 lead tried her hand at comedy in front of a live audience after the “Good for You” podcast host convinced her to open up for her during a September episode.

“Look, I wanted to bail a thousand times, and somehow I am still sitting right here about to do it,” Thurston admitted. “Truthfully, I think [Whitney] believed in me more than I believed in me. I was like, okay, she’s pushing me, and I’m, like, ‘I can’t say no to this opportunity.’ This will never come again. So I’m here. I don’t know how I made it here, but I am here at this moment.”

With reporting by Hannah Kahn