Kailyn Lowry and Jo Rivera got into an argument during the May 18 episode of ‘Teen Mom 2’, after she gave Isaac his first cellphone.

Kailyn Lowry faced some heat from her first “baby daddy”, Jo Rivera, during the May 18 episode of Teen Mom 2. After she and Jo’s wife, Vee, finished recording their latest podcast, he told Kailyn that they had to discuss the fact that she went behind his back and gave their 11-year-old son, Isaac, his first cellphone.

“Isaac’s not even there yet — trust me!” Kailyn clapped back with a slight laugh, while trying to keep her composure.

“That is my concern,” Jo said, before wondering whether Isaac “clears his history” or not. Kailyn didn’t feel the same way Jo did about the phone, but she respected his wishes and later set some ground rules for the phone with Isaac. Every contact must be approved by her, and he has to hand the phone over to her at 9pm, before going to bed every night. 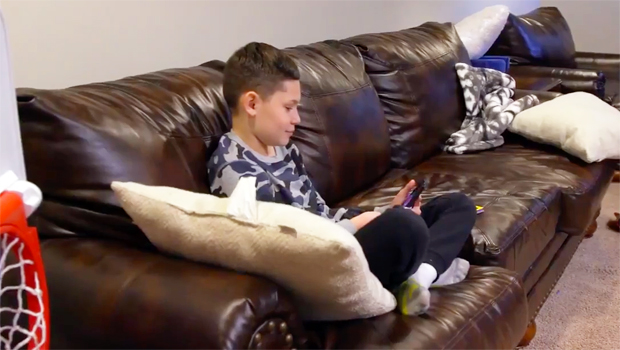 Meanwhile, Leah Messer experienced a COVID exposure at the girls’ school, so she was forced to cancel an appointment to check on the lump in her breast. She didn’t want to go into a hospital if she potentially caught COVID, which was smart, but she also later found out that Jeremy Calvert tested positive for the virus, so Leah had her fair share of drama this week. Fortunately, her daughters remained COVID-free.

Later, Jade Cline revealed she wants to take things slow with Sean, but as he later told her friend, he had other ideas in mind. More specifically, he said he plans on proposing to her with a ring full of diamonds. We didn’t actually see the ring, but he showed Jade’s friend while he was hiding outside, and the friend said Jade would love it — mere seconds after Jade told her she wasn’t interested in a romance with Sean. Awkward!

As for the other ladies: Ashley Jones’ fiance, Bar, passed his GED test, and Briana DeJesus complained after DeVoin forgot to pick Nova up from gymnastics.