£11 for ‘snot on toast’! Tesco café customer is left VERY unimpressed after being served ‘inedible’ runny poached eggs on dry bread for breakfast

A Tesco café customer has shared a revolting photo of his ‘inedible’ £11 breakfast with eggs that resembled ‘snot’.

Nick Frankish, 29, was left sickened on Tuesday after being served the soggy snack at the Ollerton store café in Newark, Nottinghamshire.

He and a friend were out for breakfast and had ordered seven poached eggs on toast and a pot of tea – coming in at a pricey £11.

But the duo were left feeling a bit short changed after being dished up seven slimy looking eggs on dried toast.

Absolutely horrified by the food, Nick and his friend left the café hungry, after asking for a refund for the meal.

Nick later posted a photograph of the brekkie on Facebook – prompting dozens of comments from viewers comparing the eggs to ‘snot’. 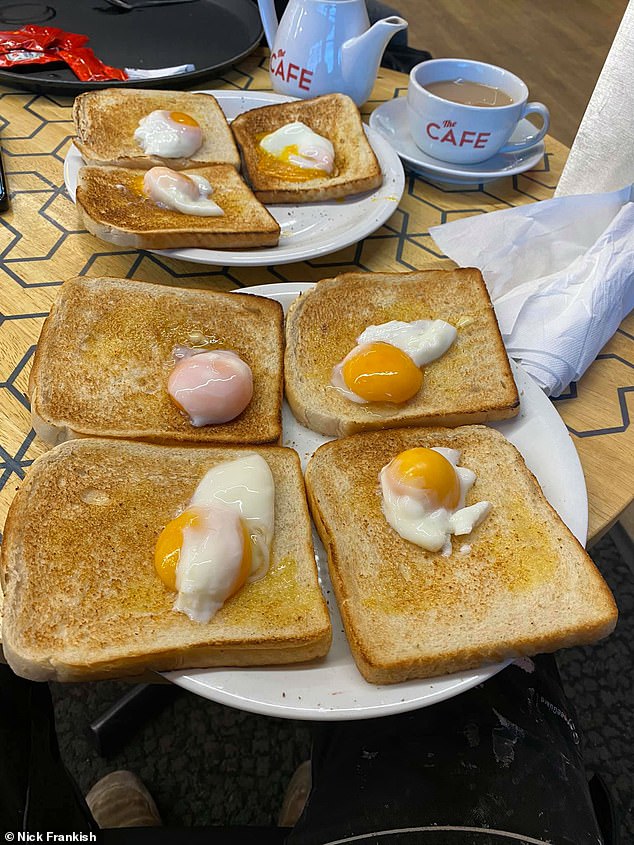 Nick Frankish, 29, has shared a revolting photo of his ‘inedible’ £11 breakfast with eggs that resembled ‘snot’ (pictured) that he was served at the Ollerton store café in Newark, Nottinghamshire

Tagging Tesco into the post, Nick wrote: ‘Just want to say a massive thank you for my lovely poached eggs this morning, not.’

‘There were two of us having breakfast that’s why there are so many eggs,’ explained Nick.

‘I was working in the middle of nowhere so I couldn’t pop to a shop when I got to the job as it would waste an hour. 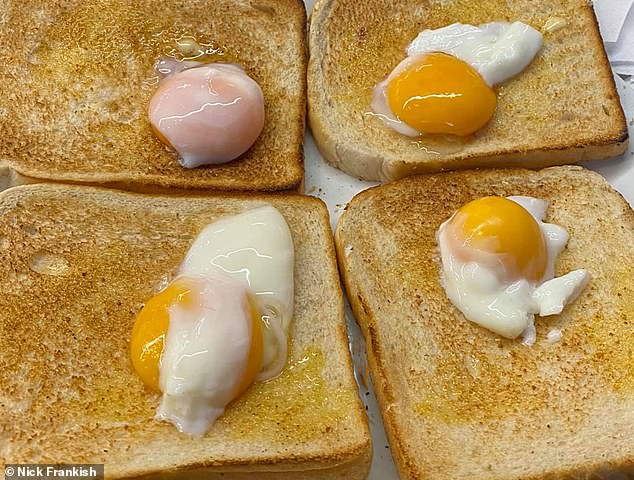 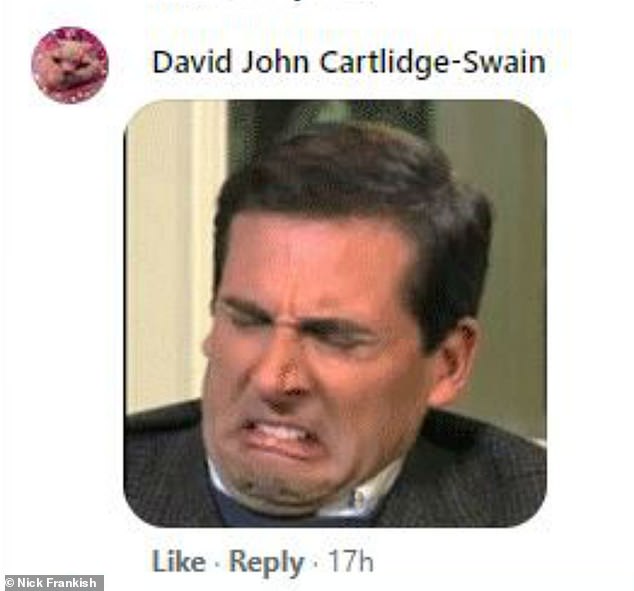 ‘When they brought them to the table we just looked and thought not a chance are we eating them. We just laughed and said we won’t be eating them.

‘It was an old lady that was in the café on her own so we felt bad for her, bless her, as she looked rushed and stressed.

‘We took them back and got a refund then went to [the] cob shop next door. Job sorted.’

Suzanne Gaskell commented: ‘Looks like something I sneezed into a tissue,’ while Chris Cain added: ‘Did you say egg on toast or afterbirth on toast? Crikey Mikey!’

Meanwhile, Gilly B thought the staff at the café may have served up the dish intentionally, writing: ‘Some ‘chef’ had a grievance this morning. Personally I wouldn’t have accepted these.’

Marryanne Mellor added: ‘That’s horrible, could not eat that.’