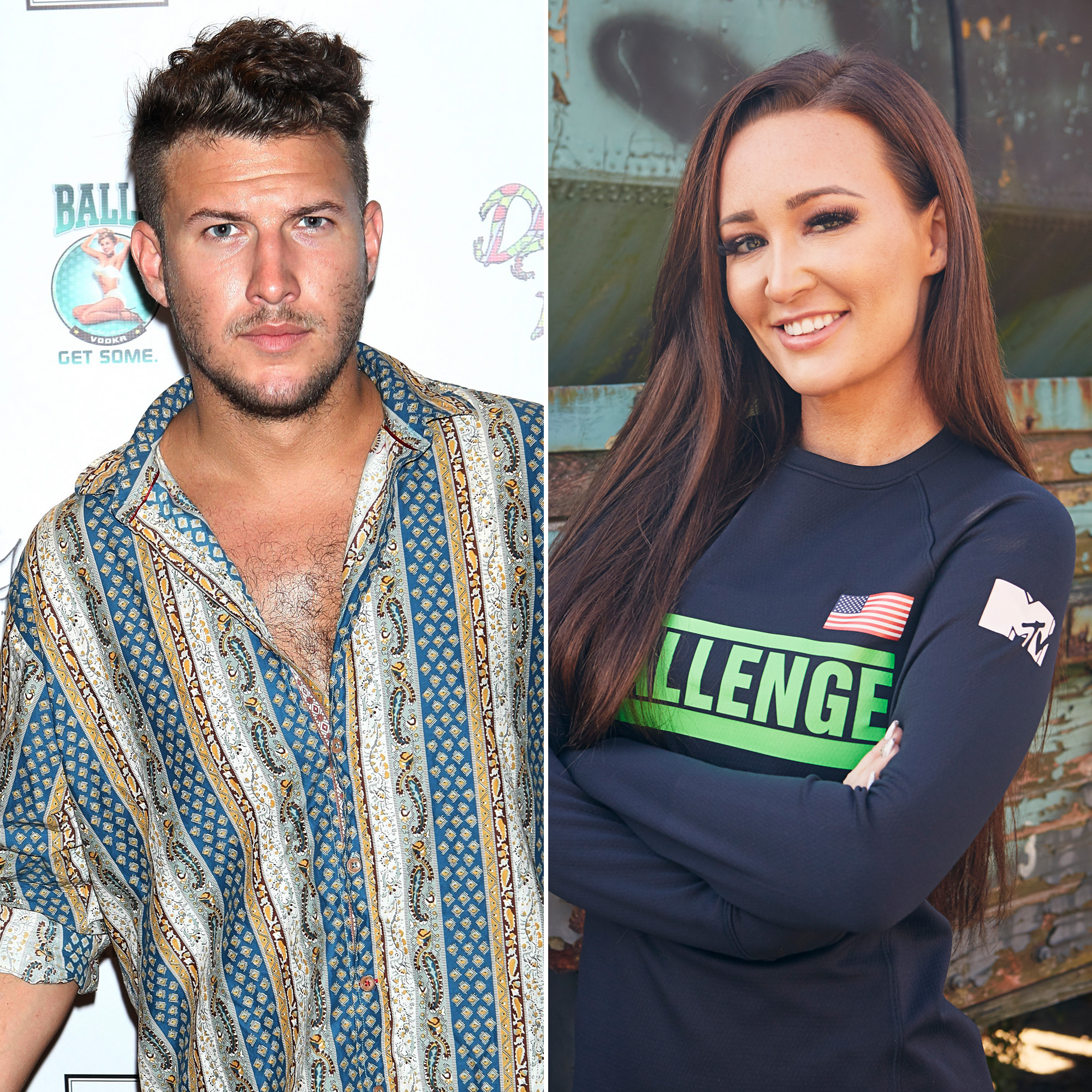 Weighing in. Following the mysterious circumstances surrounding Ashley Mitchell’s exit from The Challenge: Spies, Lies and Allies, her costar Devin Walker has shared his thoughts.

“Notice NOT A SINGLE PERSON including Amanda [Garcia] is coming to Ashley’s defense about why she was deactivated?” Walker, 32, explained in an Instagram Story post on Friday, November 12. “Think maybe that’s for a reason? Think maybe a troll account with Ashley’s face as the profile pic isn’t a good source of accurate info?”

He continued in his post, “Josh [Martinez]/ myself/ Logan [Sampedro]/ anyone else had nothing to do with the repercussions of her hurtful, ignorant and misguided actions.” 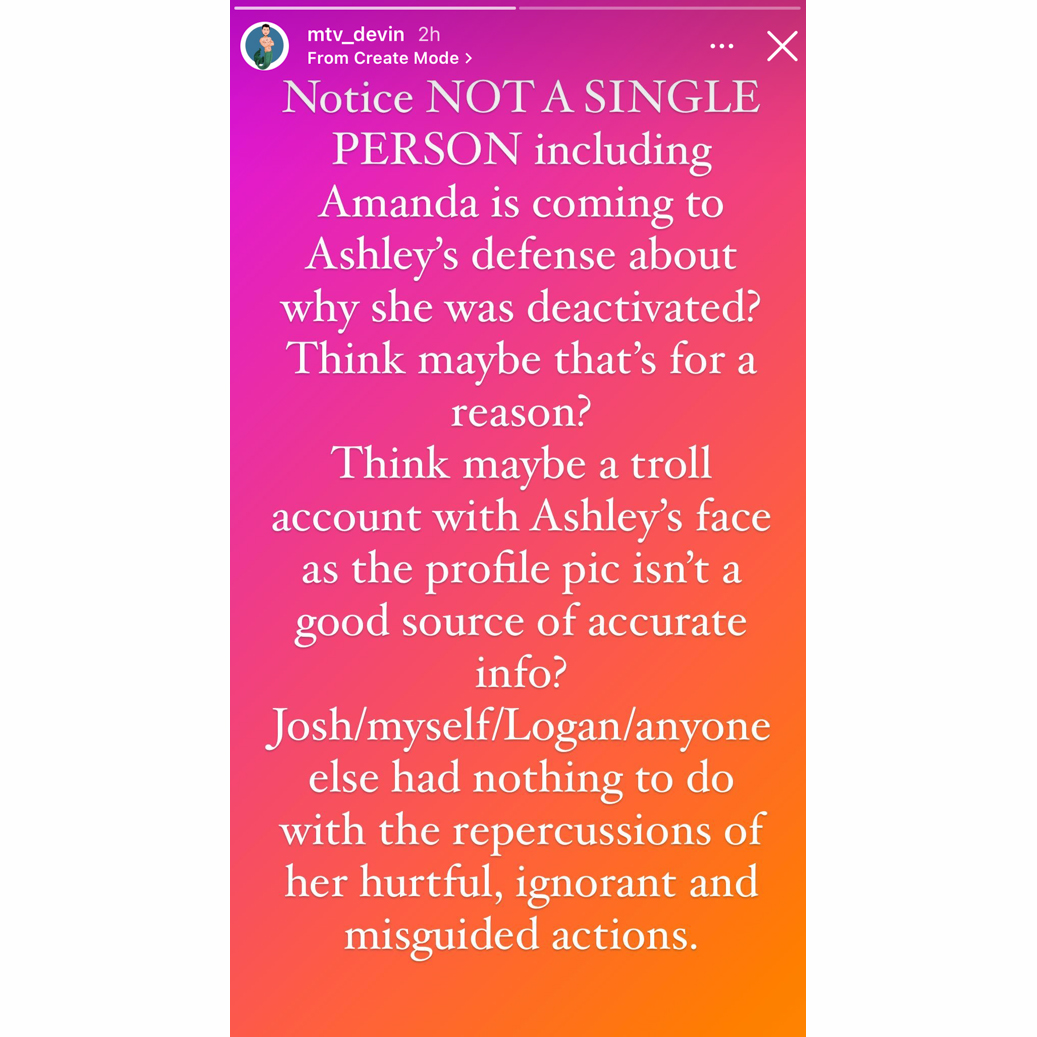 During the Wednesday, November 10, episode, host TJ Lavin shocked viewers when he announced that the Challenge: Invasion of the Champions winner, 34, had been eliminated.

‘The Challenge’ Greats: Where Are They Now?

After the Wednesday episode aired, the Real World alum opened up about her departure via Twitter, writing, “Rules are rules and I respect @mtv and TJs call. The best apology is changed behavior. See you next time. I just want to thank everyone whose stuck with me through out this all.”

At the time, she also opened up about how she planned to address her problematic behavior moving forward.

“Everyone knows I’m only mad at myself and it has been so hard to shake off the depression and anxiety since getting home,” she continued in her tweet. “I have been taking anger management and reflecting a lot. 🙏🏼 I love you yall so much.”

While no other details about her departure or which rule was broken have been revealed — nor has MTV commented on her exit — Mitchell has continued to share her side of the story via social media.

“I have not once tried to defend my actions nor am I going to ever,” she tweeted on Saturday, November 13. “I have not looked for sympathy or even talked about what happened. I never called anyone bullies just said my friends were not on 34.”

She continued in her thread, “I will never stick up for my idiotic words and actions but I will die on this hill knowing my actual self and heart are not the narrative the gang is trying portray. And OF COURSE!!! I don’t expect my friends to stand up for my ugly behavior, although I have stood up for others’ gross actions.”

The Nevada native previously competed on nine seasons of The Challenge and won back-to-back in 2017 and 2018 during Invasion of the Champions and Final Reckoning, respectively, ahead of her recent departure.

The Challenge: Spies, Lies and Allies airs on MTV Wednesdays at 8 p.m. ET.