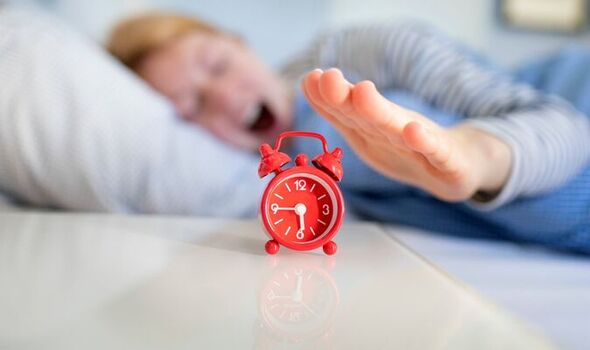 But despite this, the study of 2,000 adults found one in six feel stressed the moment they wake up.

And this isn’t always helped by the alarm – of the two-thirds who set a timer to wake up to, 51 percent deliberately use an “aggressively loud” tone to start the day.

But 66 percent admitted they are so tired in the morning, they sleep straight through it at least twice a week.

The research was commissioned by CLIF BAR, which worked with musician Dialect and the British Academy of Sound Therapy, to create the ultimate alarm tone sound to ease you into your morning.

James Hemmings, general manager for the plant-based food energy brand, said: “The average alarm in the UK is set for 7:10 am each morning (on a workday) – that’s an early start, so why make it harder than it needs to be?

“We know from our research that waking up the right way can have a huge impact on your day ahead, which is why we commissioned BAST and Dialect to help us create the best alarm sound yet.”

The study also revealed 39 percent of adults feel drowsy when they first get up, with 30 percent admitting they feel like they never want to get up – but more than half (54 percent) would like to function better in the mornings.

A quarter of adults admitted to taking a “duvet day” due to being so tired.

It also emerged one in three (32 percent) claim they can train their body to require less sleep than the recommended hours required.

And 86 percent turn to food, aware that what they eat and drink can affect how much sleep they get.

The study, carried out via OnePoll, found that after battling through the morning, 69 percent experience a dip in energy after their lunch break – at 3.02pm.

James Hemmings, from CLIF BAR, added: “For those moments Brits do need a further boost of energy throughout the day, we’ve recently launched a range of snack-sized, plant-based bars designed to provide a little lift when people need it most.”

The 60-second track is free to stream on SoundCloud, Spotify, and Apple Music now, or download onto your phone and set as an alarm tone to help start the day right.