Months after the Tristan Thompson and Jordyn Woods scandal broke on Feb. 19, I am still shook to the core by this plot twist in Khloé Kardashian’s life. While fans have yet to see it unfold on Keeping Up With The Kardashians, a trailer released in March for Season 16 shows Khloé in tears over her breakup with Tristan, clearly struggling to process it. The Kardashian family’s quotes about Khloé Kardashian and Tristan Thompson suggest that everyone just wants to support Khloé no matter what.

Not all the sisters have spoken out publicly about the scandal, but they’ve reacted in various ways that reveal what they might be feeling. One explicitly slammed Tristan for his behavior, while another has stayed notably quiet on social media about the whole situation. If there’s one major message to take away in all of this, it’s the fact that these women are sticking together through thick and thin. They’re putting family first as they work through the drama. And as for Tristan… well, it’s not looking like he’ll be welcomed back into the fold anytime soon.

Here’s a collection of the juiciest things the Kardashian women have said about Khloé and Tristan, both before and after the couple called things off in this latest scandal. 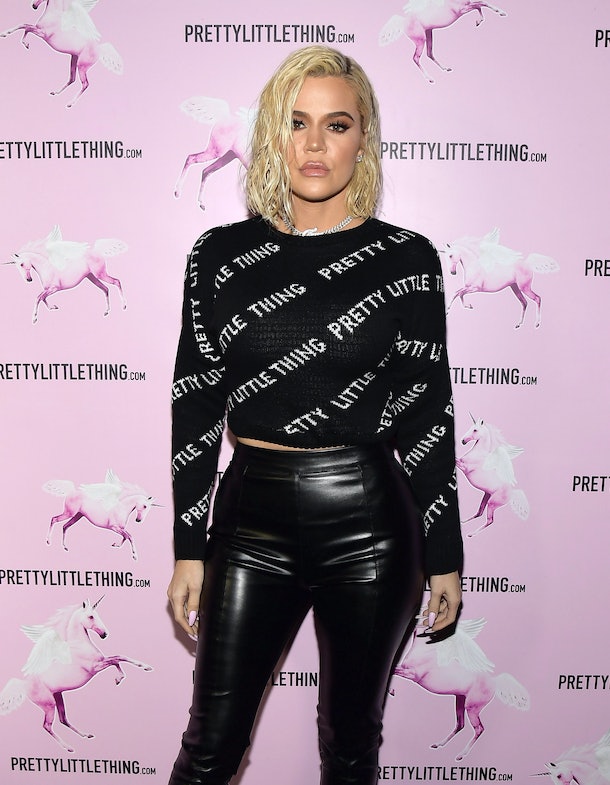 When Jordyn Woods went on Red Table Talk with Jada Pinkett Smith on March 1 to tell her side of the story, Khloé wasn’t having it. She blasted Jordyn on Twitter, saying she was “lying” and blaming her for breaking up the family… but the next day, Khloé backed down on this initial statement. She said she had reacted too harshly out of shock and humiliation, and tweeted, “Jordyn is not to be blamed for the breakup of my family. This was Tristan’s fault.” 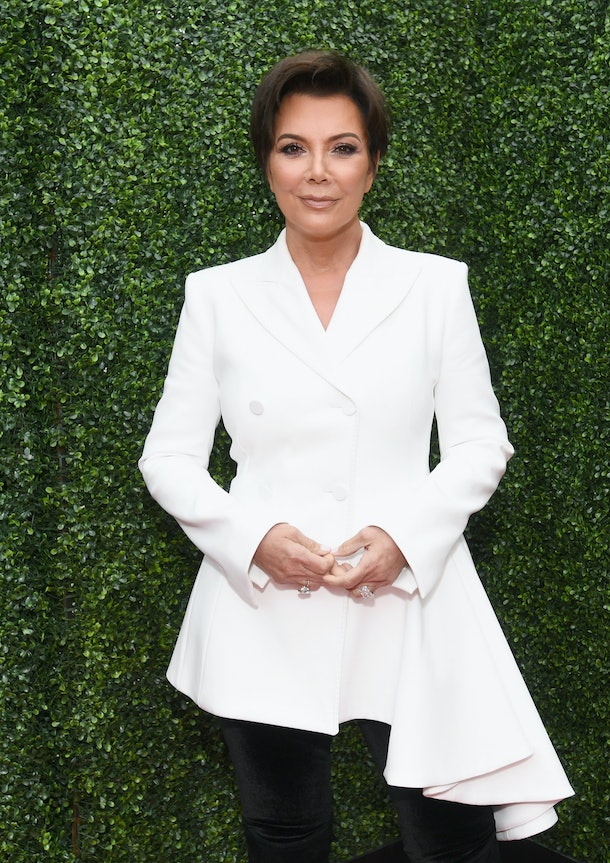 Kris broke her silence about the scandal when she called into On Air With Ryan Seacrest on March 29. While she didn’t mention Khloé or Tristan by name, she was talking about the upcoming season of KUWTK… so it’s pretty safe to assume that she was talking (at least in part) about the cheating situation. “My kids make really good decisions,” she affirmed. “As challenging as some of these situations are, because they have one another, and they try to make really good decisions, they’re going to come out the other side with a lot of clarity and a lot of honesty, and do what they feel like is the right thing." 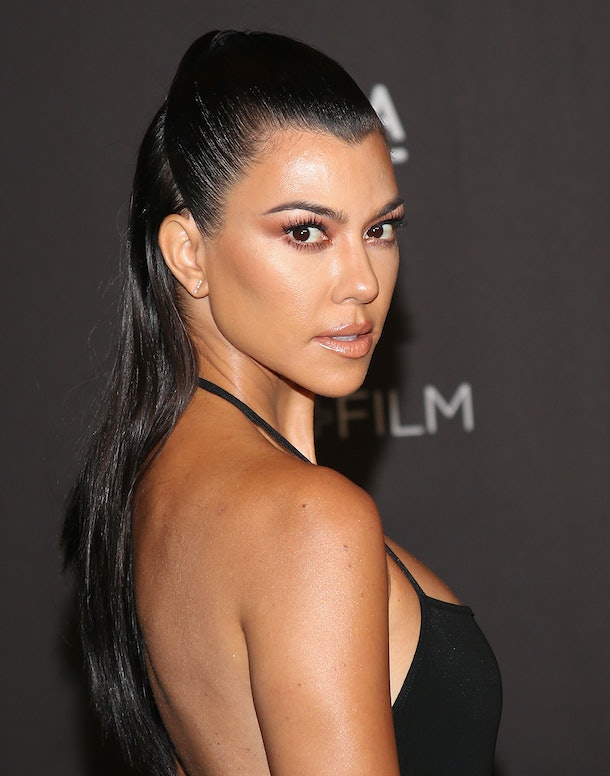 When Kourtney appeared on Ellen on April 29, Ellen DeGeneres asked her if she thought Khloé and Tristan might ever get back together. “I mean, I don’t know,” she sighed. “I don’t think that deeply into it, but I know that she’s very strong, and I just feel like she’s in a really good place. I know what it’s like to want to make your family stay together, because I worked really hard at that for many years … I think moments like this really bring our family closer together, and you realize how important family is.” 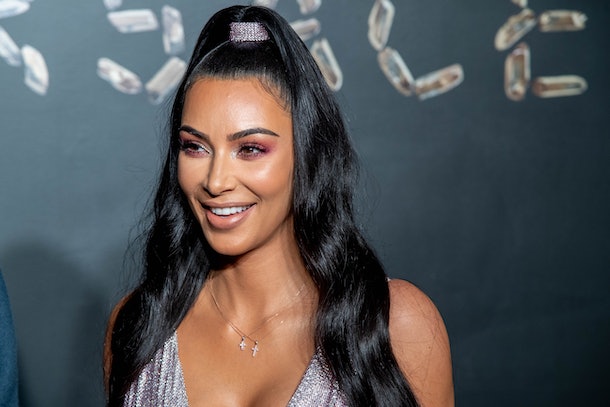 Back in April 2018, before any of this Jordyn Woods drama unfolded, Kim was on Ellen talking about her reaction to the Tristan cheating rumors that surfaced just before Khloé gave birth to her daughter, True. “I don’t even know how to describe it besides, it’s just so f*cked up,” she said. “I feel like Khloé always dives into relationships and puts her whole heart into everything … she’s so strong, and she’s doing the best that she can. It’s a really sad situation.” 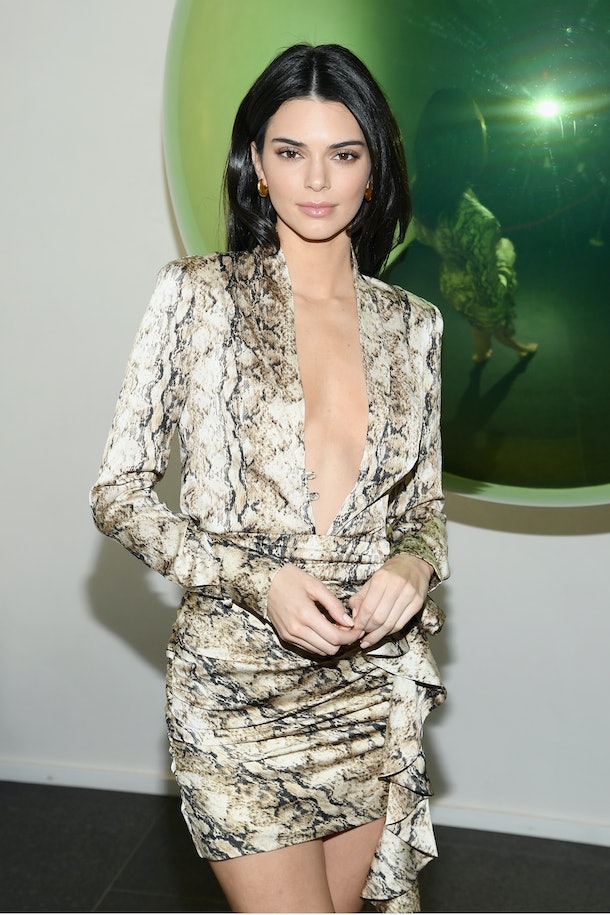 Kendall hasn’t commented on the recent crisis, but she’s had some drama with Tristan in the past. Back in November, she attended a basketball game to see her then-boyfriend Ben Simmons, of the Philadelphia 76ers, play against Tristan and the Cleveland Cavaliers. In a video, Kendall can be seen booing Tristan as he prepares to shoot a free throw, which obviously caused a lot of stir on the internet. Khloé later came to her sister’s defense, tweeting at a fan, “My sister was watching her man Play against my man… So of course she’s going to heckle the opposing team.” 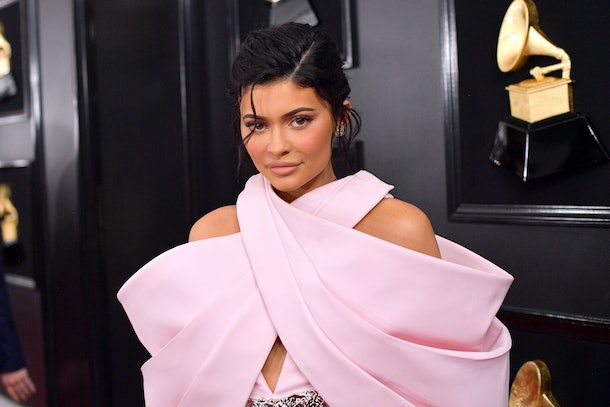 Maybe the most surprising thing of all is that Kylie has been notably silent since the Tristan and Jordyn scandal first broke. She reportedly even took a break from filming the show while the news was still fresh. Back in February, the Jordy lip kit went on sale on Kylie Cosmetics, which many people thought was connected to the scandal — but Kylie told The New York Times that she didn’t even know about the sale when it happened, so it was a total coincidence. Jordyn was Kylie’s best friend, so it’s understandable that she would have a lot of feelings about the whole sitch, but obviously people are dying to hear her thoughts. Will she ever forgive her former bestie, or are they done for good?

Obviously, there’s not a lot of love for Tristan in the Kardashian household. And after what he did to Khloé, I can’t say I’m surprised. Only time will tell if Khloé and Tristan decide to give things another go, but I would be willing to bet her sisters won’t let that happen. The Kardashian fam never shies away from calling out anyone who wrongs them, and they’re not usually too quick to change their minds. (Except in Scott Disick’s case, who has remained close to the fam despite his tenuous history with Kourtney.) For now, Khloé’s health and happiness takes priority in everyone’s minds.