Suddenly everyone is singing the praises of fresh air. It took COVID-19 to remind us. Florence Nightingale knew about its germ-killing properties – she insisted wards were filled with a veritable blizzard of fresh air. In her wake, generations of nurses would wheel TB patients into the sun, while parents would treat babies to what was called a “sun-bath”.

Even outside the hospital or the nursery, many believed in sleeping next to an open window, whatever the temperature, the curtains billowing, their sleeping companions shivering. 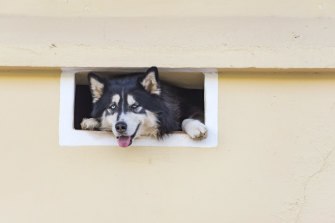 Then came the era of buildings whose windows won’t open, not even a centimetre, and – more recently – an architectural movement in which the house is a sealed box, perfect for heating and chilling, but often not so good for breathing.

Hotels, in particular, have long ago put locks on the windows. Maybe they assume we’ll steal the TV set using bedsheets, an open window and an accomplice. It’s not by chance that the Howard Springs quarantine facility, with its separate cabins and balconies, contains the virus in a way the city hotels do not.

So, fresh air is king. The old truth is back. But it’s not the only lesson we’ve learnt from the pandemic. Here are a few others. 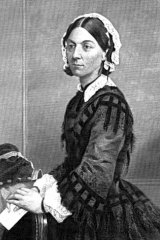 The most important workers are paid the least. We’ve been starkly reminded of who is important when it comes to running the place. Nurses, truck drivers, supermarket workers, teachers. I could go on, but you get the drift. None ever seems to feature on the Australian Financial Review annual Rich List.

We can live without handshakes. In retrospect, it was always an odd habit. You take the most-germy part of the body, the thing you’ve used all day to touch banisters and door handles and keyboards, and then press it against the most germy part of the other person’s body, the part they’ve used to scratch their belly, put out the garbage and hang onto to the plastic hangers on the bus. Yecch. OK, I realise that the handshake is designed to prove that I’m not about to reach for my sword but, in recent years, I’m not usually carrying one.

We’re all interconnected. As some sage put it: “He who digs a pit for his brother shall fall into it.” Your health is my health. We can prosper together, or be defeated together. There’s nothing like a pandemic for proving the madness of a society which attempts to leave some people downtrodden while others flourish.

Dogs are better than cats. OK, I know I’m biased, but the evidence is in. According to a study of 400 pet owners conducted by James Cook University, those in lockdown with a dog enjoyed better mental health than those in lockdown with a cat. Part of the reason, according to the researchers: the dogs were thrilled their human companions were at home for the extra hours, while the cats were “put out” at the invasion of their personal space.

Dogs were thrilled their human companions were at home for the extra hours, while the cats were “put out” at the invasion.

The states are a good idea. Australia’s federated system has always had its detractors. In the late 1990s, novelist Rodney Hall published his book Abolish the States, which promised a $30 billion saving to secure Australia’s future. His voice was one among many. Despite the unedifying squabbling between premiers, suddenly the states are back in vogue. When it comes to service delivery, they’ve far outperformed the feds. They’ve also closed borders – infuriating for some, but crucial in slowing the virus. A study from the Lowy Institute concluded that, when it came to COVID-19, small countries had generally done better than big countries. It certainly worked for the eight small nations of Australia.

There’s always something out the window. We’re all too busy to look out the window. Until now. We’ve learnt that there’s always something to watch. Last week, someone told me about watching two blokes building a low wall across the street. One was fast but messy, the other a slow perfectionist. They were humorously chipping at each other the whole day. Better, I was told, than any movie.

Indigenous health goes better when run by Indigenous people. COVID-19 has been the opposite to the usual disaster that is Indigenous health. Not a single Indigenous Australian has died. First Nations people were six times less likely than other Australians to contract COVID-19. According to public health expert Fiona Stanley, it has been “the best result for any Indigenous population in the world”. The reason: Indigenous leaders insisted that they should drive the response and – for once — they were listened to. Now there’s an idea.

Books are best read in one or two sittings. In the “before times” I could take a couple of weeks to read a book. I’d go to bed, read 10 pages, then fall asleep. The plot would lose its momentum. When the lockdown ends, I must remember this: a good author deserves a few hours of continuous reading.

Are there more lessons? Most of us can live without long office meetings. We’ve discovered that supermarket home delivery is a boon. And we’ve learnt, if we needed reminding, there’s nothing more important than the people you love.

Here’s to not forgetting, once we’re on the other side.

In need of some good news? The Greater Good newsletter delivers stories to your inbox to brighten your outlook. Sign up here.