Another royal final! The Queen is elegant in a lime green ensemble as she sidesteps Wembley and Wimbledon to attend the Royal Windsor Cup

The Queen looked resplendent today as she attended a polo match in Windsor.

The monarch, 95, donned a lime green coat and matching hat as she watched the Royal Windsor Cup Final at the Guards Polo Club.

She teamed the look with her favourite pearl necklace and floral diamond encrusted brooch and appeared in good spirits as she stepped out alone to attend the event.

It has been a busy day of royal sporting engagements, with the Duchess of Cambridge attending Wimbledon with her father Michael Middleton earlier today.

Tonight the Duke of Cambridge will cheer on England in the Euro 2020 final at Wembley. 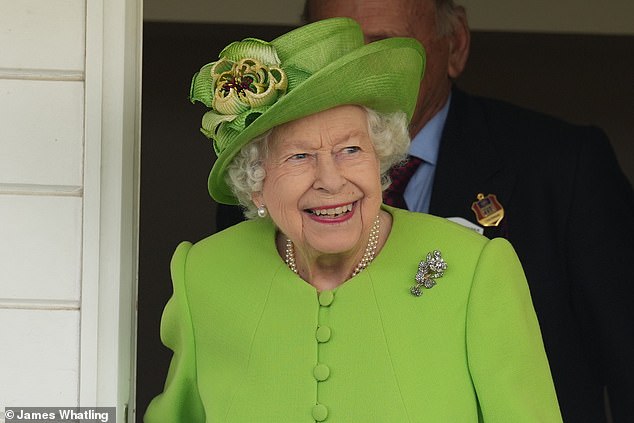 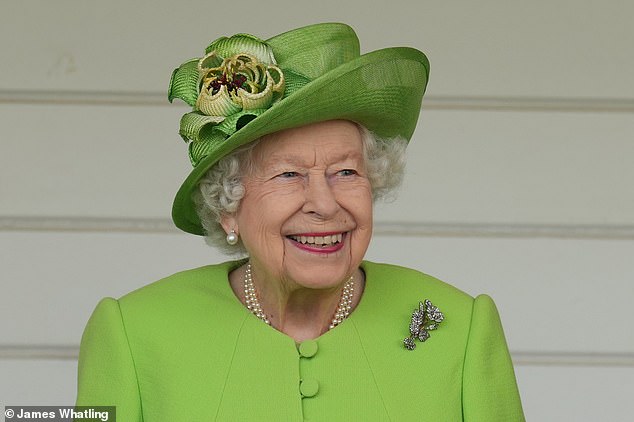 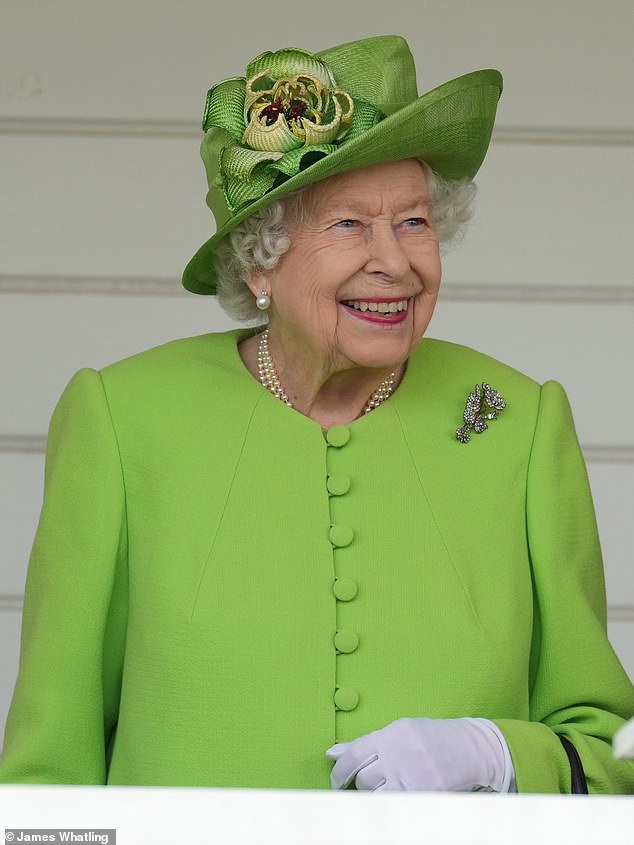 The Queen, known for her love of polo and horse racing, beamed as she watched the action today.

She has stepped up her royal schedule in recent weeks after months of virtual engagements over lockdown. 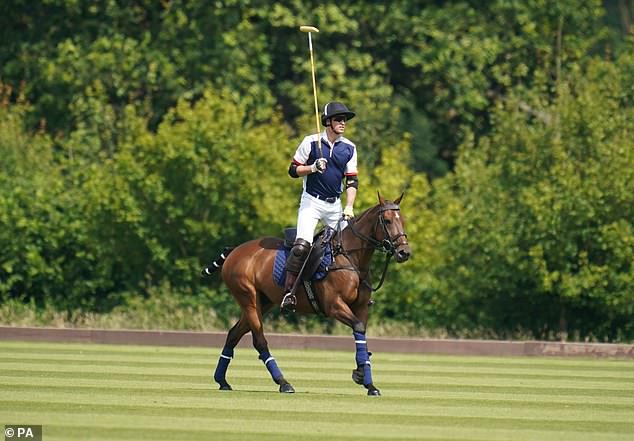 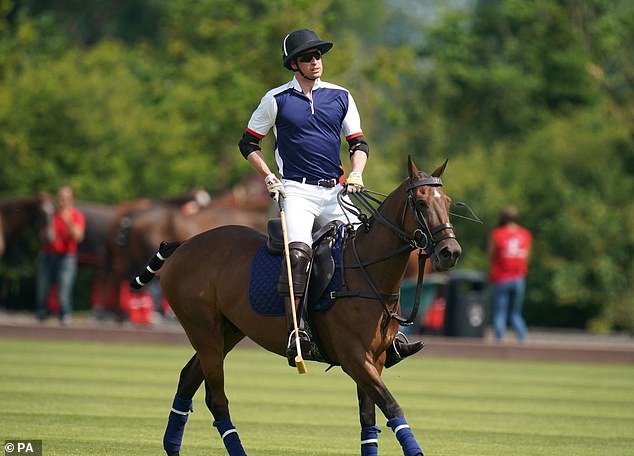 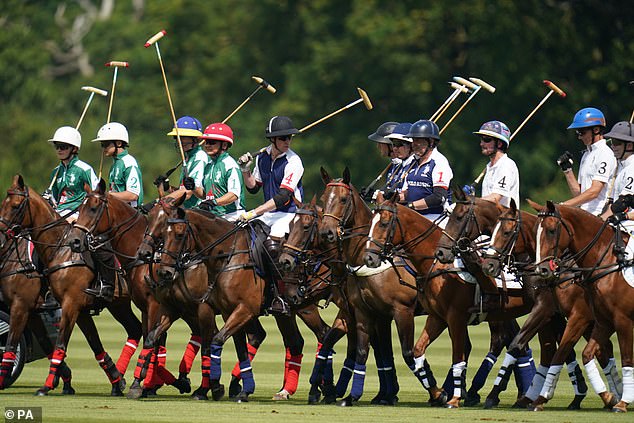 The Queen is not the first royal visitor to Guards Polo Club this week.

Prince William, 39, who looked the part in white slacks and a navy top, has previously played in charity polo matches with his brother Prince Harry, 36.

The game today helped raise funds and awareness for charities supported by the Duke and Duchess of Cambridge. 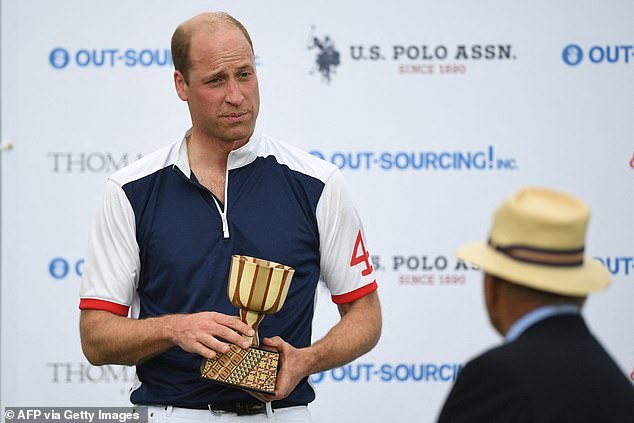 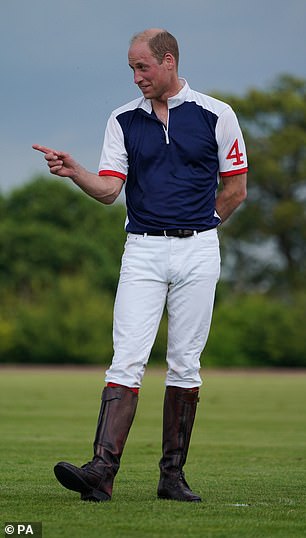 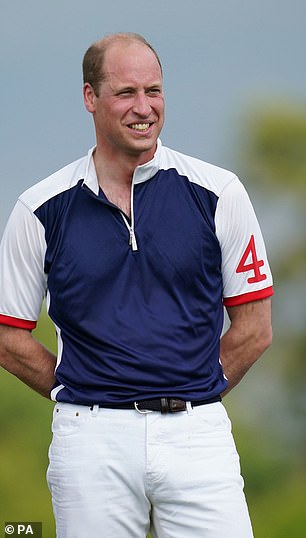 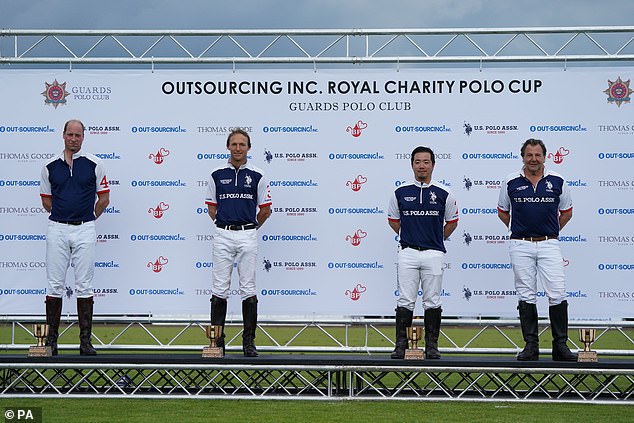 William posed with his teammates after the charity match, which will help raise funds and awareness for charities supported by the Duke and Duchess of Cambridge 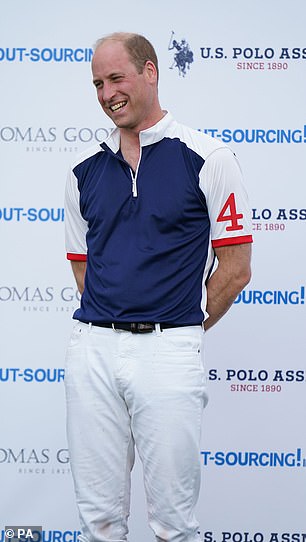 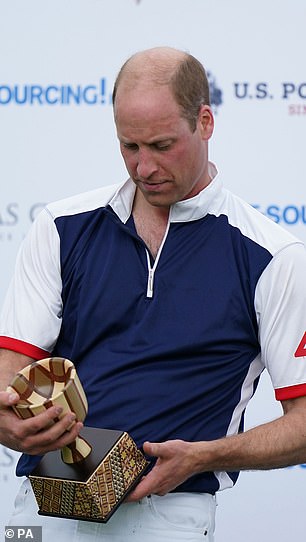 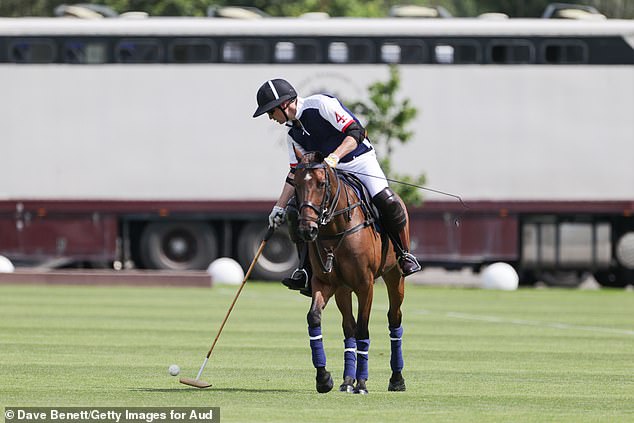