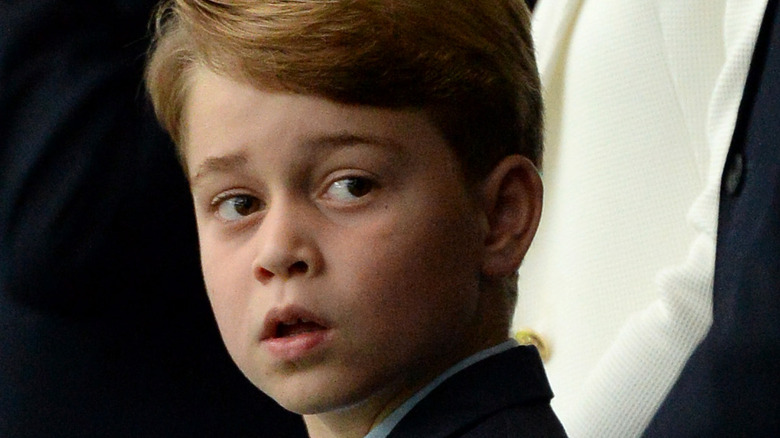 People around the globe have fallen in love with Prince William and Kate Middleton’s adorable children, especially their oldest son, Prince George. The young royal has captured the hearts of so many with his adorable looks and his at-times rambunctious behavior. The little prince is often seen as a breath of fresh air when spotted out with his famous parents, and according to royal expert Duncan Larcombe, George has quite the personality (via The Mirror).

“Although Prince George might be future king of the castle, he’s not king of the castle yet. He’s not Little Lord Fauntleroy. He’s a rascal (almost) eight-year-old — full of mischief and always playing tricks and pranks on his younger sister and brother,” Larcombe told OK! “Hopefully George can enjoy all the benefits of royal life, but without the extraordinary, weird impact of growing up in a goldfish bowl.” Larcombe added, revealing that William and Kate are raising their son to be down to earth.

“They will have to explain the extraordinary circumstances he’s been born into and hope, as a result, his head doesn’t pop and he doesn’t become a complete lunatic, as has happened to some members of his family,” the royal author explained. While George is still a youngster, it seems that his upcoming birthday on July 22 will mark a big change for the great-grandchild of Queen Elizabeth II. 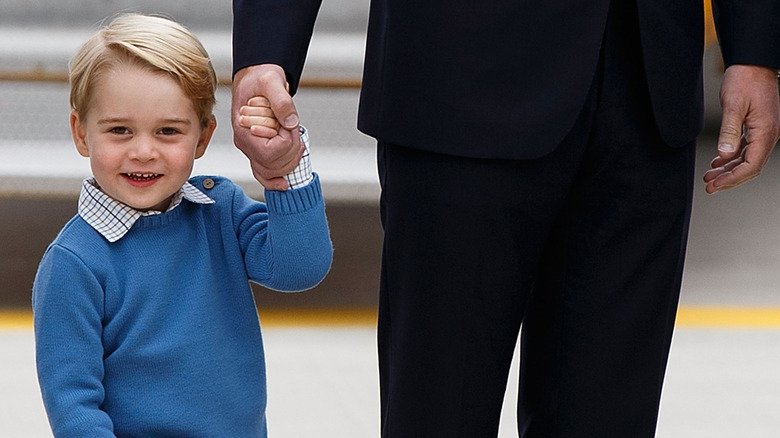 According to People, Prince George is set to celebrate his eighth birthday next week. As third in line to the throne behind his grandfather Prince Charles and father Prince William, George is being groomed as the future king of England. This means that the older he gets, the more responsibility he’s going to have to shoulder. The first step in the process is switching the young prince from shorts to suits. The outlet reports that etiquette experts reveal that boys usually leave their formal shorts for pants at the age of 8, and George has already started making the transition.

Just last week, George was spotted taking in two England football games with his parents as she wore a dark suit and tie that matched his father’s ensemble. “I thought he looked very dapper and regal. He must have felt very cool and grown-up in his new jacket and tie — matching with his dad was actually very cute too,” said Sophie Mirman, the designer who has dressed George in the past told the magazine. “I think it would have been rather strange to see William in a suit and tie and his son in shorts and a polo shirt — it was right for the occasion,” The designer continued. “I think his parents are fantastic at judging what to wear and when. He is growing up fast and more of a young man than a little boy now,” Mirman added. So, it seems that George’s suits are here to stay as he begins to learn more about the royal lifestyle.