Devon welcomes the new interns, including Trevor, in this EXCLUSIVE preview of the November 16 episode of ‘The Resident.’ Trevor makes a snarky comment, and Devon’s not going to let him get away with it.

The new interns have arrived at Chastain! Devon introduces himself to the young doctors in this EXCLUSIVE preview of the all-new episode of The Resident. “Follow me and you might survive your first day,” he advises them all. “If you are smart, you will see the nurses as your best teachers. They are your lifelines. Use them if you want to succeed.”

Devon is giving off major season 1 Conrad energy. He sees the looks on their faces as they take in all the chaos. “Look, I know you’re scared. I remember on my first day I was shaking in my boots,” Devon admits. 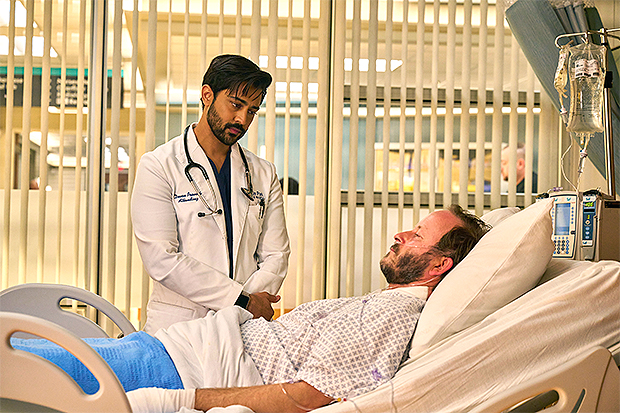 Trevor, who is one of the interns, laughs in the back. That makes Devon pause. He asks if there’s anything Trevor would like to share with the rest of the group. “No disrespect, doc. It’s just that some of us don’t scare so easily,” Trevor quips. Devon replies, “Challenge accepted.” Devon is going to make sure Trevor regrets that laugh on his first day!

After Nic’s death earlier in the season, The Resident has jumped forward in time a few years. Trevor has since gone to med school, and now he’s an intern at Chastain. Given that Trevor’s birth mother, Billie, also works at Chastain, this is going to provide lots of juicy drama as the season continues. 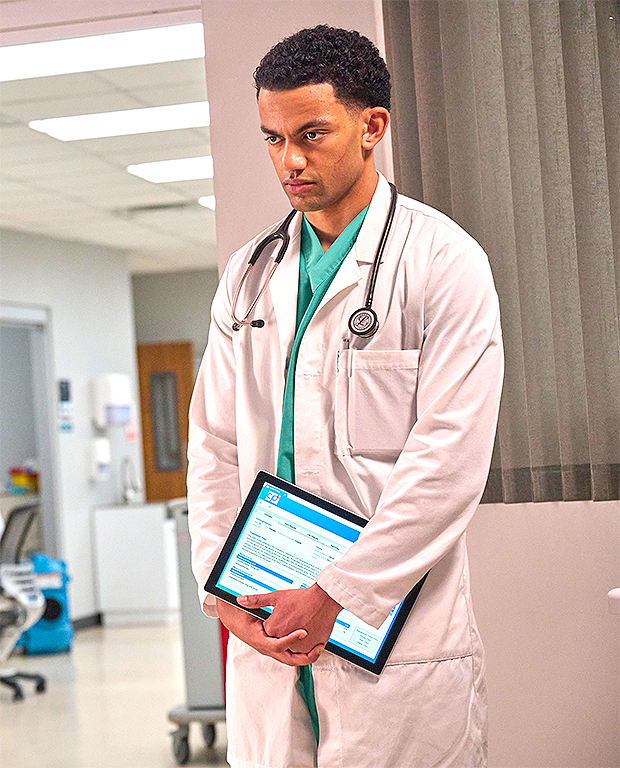 The synopsis for the November 16 episode reads: “A new group of interns, which include Billie’s son, Trevor, start their first day with Devon at Chastain. Kit and Bell try to convince Conrad to come back to Chastain and The Raptor’s mom ends up back in the ER. Meanwhile, Leela and Padma deal with an unexpected visit from their parents.” The Resident season 5 airs Tuesdays at 8 p.m. on FOX.