The dust has settled for This Is Us Season 5 leaving fans to predict what’s to come in season 6. Few details have been released so far. Series creator Dan Fogelman advises you to stock up on all the Kleenex you can. That can only mean one thing: Season 6 will have us weeping, but we wouldn’t want it any other way. 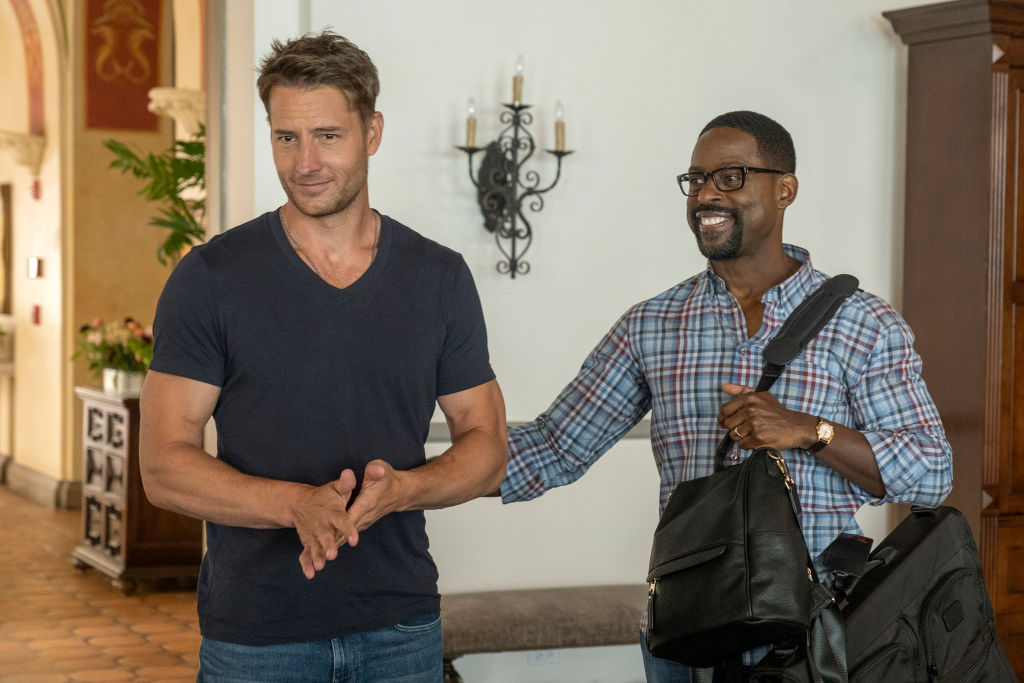 A This Is Us panel following the season 5 finale revealed more than we’re ready to handle. Stars from the show offered one-word reactions to what to expect in season 6.

“There will be a lot of reconnections,” Hartley (who plays Kevin) said while Chris Sullivan (who plays Toby) said “transformational.”

A dozen theories could be spun from those two words alone. Fogelman teased what he thinks Hartley and Sullivan meant.

“If you’re talking about what you want to see for Kevin, we’d like to see our lovable charming, larger-than-life guy find centered happiness and find, if not love, something in his romantic journey that feels complete and full,” he said.

“As a person who writes him, that’s what I’m rooting for. Not everybody winds up married, not everybody winds up with who you’d expect. Certainly whatever choice we make there’s going to be people who wished it was somebody else, but hopefully all people who root for the character will be satisfied with what it brings for Kevin.”

Fogelman says there’s one storyline that makes him cry

It’s anyone’s guess as to what will unfold. With so many loose ends to tie up, there are plenty of ways This Is Us writers can make us cry.

“We’re going to try and make something really beautiful and something that leaves people feeling full and warm. And if they cry, it’s not just of sadness but because of the melancholy beauty that fills our lives,” Fogelman said.

“Hopefully we make something so beautiful that it makes people want to go out and have babies or call their parents or call their siblings. That’s always how we intended to end the show. I have scenes and settings in mind and moments that I’ve always had in my brain. We’re going to try to pull off something really lovely.”

As far as what that something might be, the creator revealed it’ll involve tears.

“There’s one storyline that’s one of our stakes in the ground for season 6 that when I speak about it, my eyes start welling up with tears,” he told with Entertainment Weekly in a separate interview. “And I’m not a crier.”

It’s no spoiler that Rebecca’s (Mandy Moore) health is declining. The season 5 finale offered peaks at where her faculties lie in the present. As she said in the episode “Adirondacks,” her memories of Jack (Milo Ventimiglia) were disappearing.

“With anybody who’s lost somebody, it’s strange as time goes on, the edges start to get a little bit fuzzy,” Moore told Entertainment Weekly. “It’s ultimately a devastating concept for her that in these big, huge life moments she’s not able to imagine him around as much.”

If these aren’t reasons enough to stockpile all the tissues, we don’t know what is. Season 6 — the final season — of This Is Us will air sometime in 2022 (and we’re already crying).