Virtual learning can be hard, especially with multiple kids at home. Three dads from California saw a problem when their children didn’t have a designated space to do virtual learning and were getting distracted. So, they built a solution.

Fernando Rivera came up with the idea to build his three kids desks so they had their own workspaces at home. He went to his brother, Andres Ruiz, a carpenter who has four kids of his own. 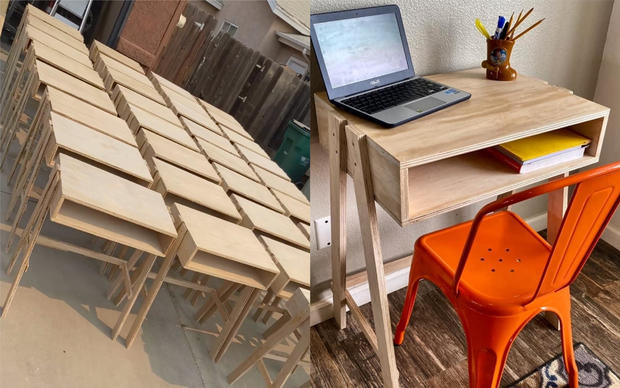 The two dads from the Fresno area decided to make it a weekend project. “We decided, well if we’re going to take the time and designate a day to it, let’s throw it up on Facebook and see if any friends would be interested,” Ruiz told CBS News.

Ruiz’s Facebook post received several responses that first weekend, several weeks ago. They enlisted the help of Rivera’s brother-in-law, Martin Vasquez, who has three kids, and decided to continue buildings desks for others, as long as there was interest.

Their Facebook post kept attracting more and more people, and soon it was shared nearly 6,000 times, Ruiz said. Parents from all over the state of California were reaching out for desks.

“As parents were messaging and we started realizing there was definitely a need for this, it became apparent that we needed to just help a lot of these kids,” Ruiz said. “We posted that we wanted to contribute to families, to kids in need.”

Ruiz said they initially funded the project themselves. Now they accept donations in the form of backpacks, school supplies and headphones for kids in need. When the dads give away a free desk to a family that might not be able to afford one, they also give them other at-home learning supplies they might not have readily available. 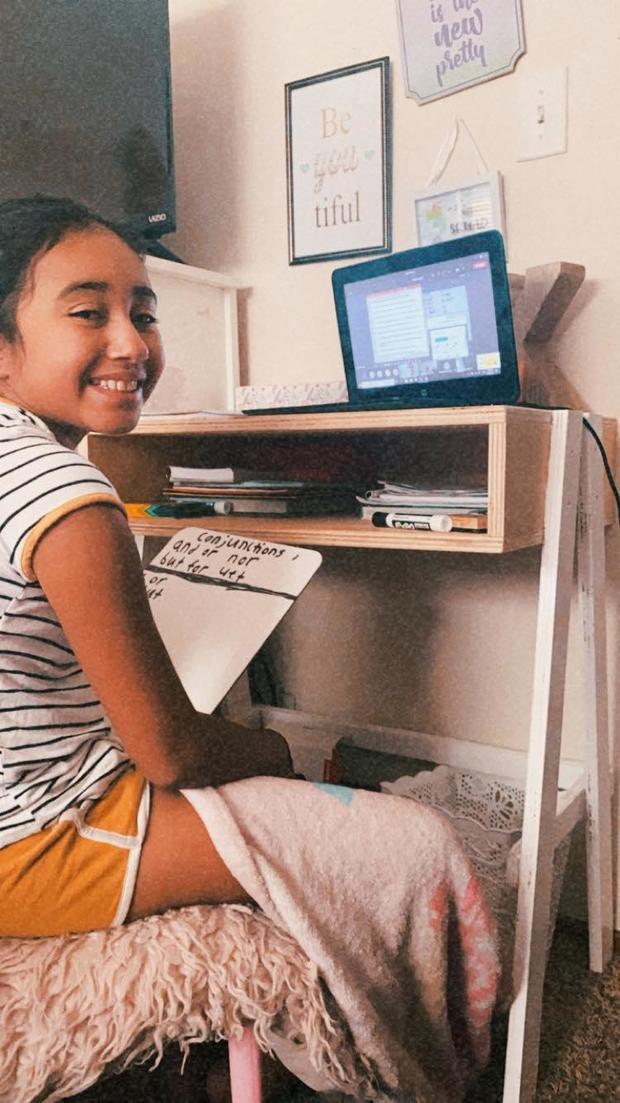 They made sure the desks were lightweight, so they’re easy for kids to move around the house. The dads also built the desks so they’re compact and can fit in the back seat of a car. Most people who order desks come and pick them up, but the dads have also delivered desks to parents in need.

The project is a family affair, and the men said they’ve spent the last six to eight weekends building desks with their kids. They’ve not only solved a problem for themselves, but the entire community.

“It gives us that time that we normally don’t get to spend together because of work,” Rivera said.

The men never thought their family project would grow so big, but they’re happy to spend their weekends building desks for others. “It feels like a blessing,” Vasquez said.

The men said anyone in the area who is interested in a desk can reach out on Facebook or to Ruiz’s company.