Tina Arena has been a part of the showbiz firmament for so long – it is almost 45 years since she made her debut on Young Talent Time – that it's a shock to realise Promised marks her first movie acting role.

"It's not as if I've never performed or acted," the 51-year-old clarifies. "I've been doing professional stage work since I was 17. I think I've always been an actor – it's what I do. It's just storytelling in a different context." 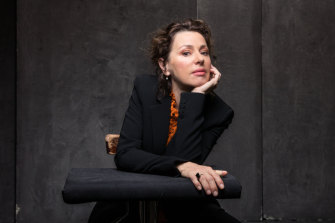 Arena says she felt "a really deep connection" to the topic. "I thought this is a story that needs to be told. Relationships are complicated now. Popular culture and technology have changed the template of how people view love, and what is really beautiful about this is that it goes back to the basics of it."

There's a stigma attached to arranged marriages that she thinks is a little misplaced. "A lot of families back then thought that they would know better for their children, and in a lot of cases they most likely did. It's made for some very happy marriages."

The couple in Promised – played as adults by Antoniette Iesue and Daniel Berini – at least start from a place of mutual attraction, even if life sends them down different paths before the arrangement forces them back together. In that sense, it's more a celebration of combinare than critique – and Arena has no issues with that.

In the modern world, she believes, marriage has become corrupted by outside factors. "There's an enormous amount of hidden agendas," she says. "There are a lot of business arrangements within marriages." 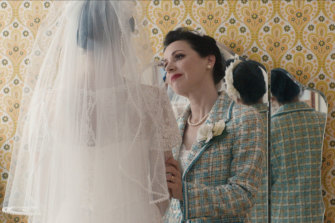 Arena is speaking from bitter experience. Her marriage to then-manager Ralph Carr in 1995 ended in divorce in 1999, and wiped her out financially.

"They have certainly made a great economic template out of the failure of marriage, haven't they," she says bitterly. "My whole experience was pathetic, it was preposterous, it was just ridiculous."

The marriage, she says now, "wasn't about love, it was a wonderful business transaction, from his perspective, though certainly not mine. So I can't help but be very cynical about the way marriage is viewed today."

Arena's parents saw it coming, of course, and urged her to steer clear. "But I was incredibly stupid," she says.

Asked to respond, Carr said: "We were both too young for marriage, way too inexperienced, victims of circumstance with success.

"I still believe Tina is one of the greatest performers in the history of Australian music and I'm grateful to have had a great relationship with her."

Arena has a child of her own now, 13-year-old Gabriel, with partner Vincent Mancini. Does she secretly wish she might be able to arrange his marriage when the time comes, in the hope it might help avoid the grief she endured?

"No, not really. I don't think you can do that at all," she says. "I'm certainly concerned about who my son will eventually share his life with, because I want it to be about love and so forth. But we can't play those kinds of roles anymore, you can only guide your children and educate them and make them as aware as you possibly can.

"But at the end of the day it's their decision, it's not one we can make for them."