She’s MIA. Gisele Bündchen was not at Tom Brady‘s football game on Sunday, September 25, and her kids watched the Tampa Bay Buccaneers play the Green Bay Packers without her.

Tom Brady and Gisele Bundchen: A Timeline of Their Relationship

The model, 42, and quarterback, 45, share son Benjamin, 12, and daughter Vivian, 9. Brady is also dad to son Jack, 15, whom he shares with ex Bridget Moynahan. All three were in attendance on Sunday with Brady’s mom and sisters, and they gave him hugs before he hit the field at Raymond James Stadium in Tampa, Florida, video on social media shows.

Bündchen hasn’t attend her husband’s games this season. The Bucs beat the Dallas Cowboys in Week 1 (and the Brazil native tweeted her support), and then they won against the New Orleans Saints in Week 2. Brady’s team lost their match against the Packers on Sunday. While she’s never been one to attend every single game, the former Victoria’s Secret Angel typically attends many home games throughout the season. 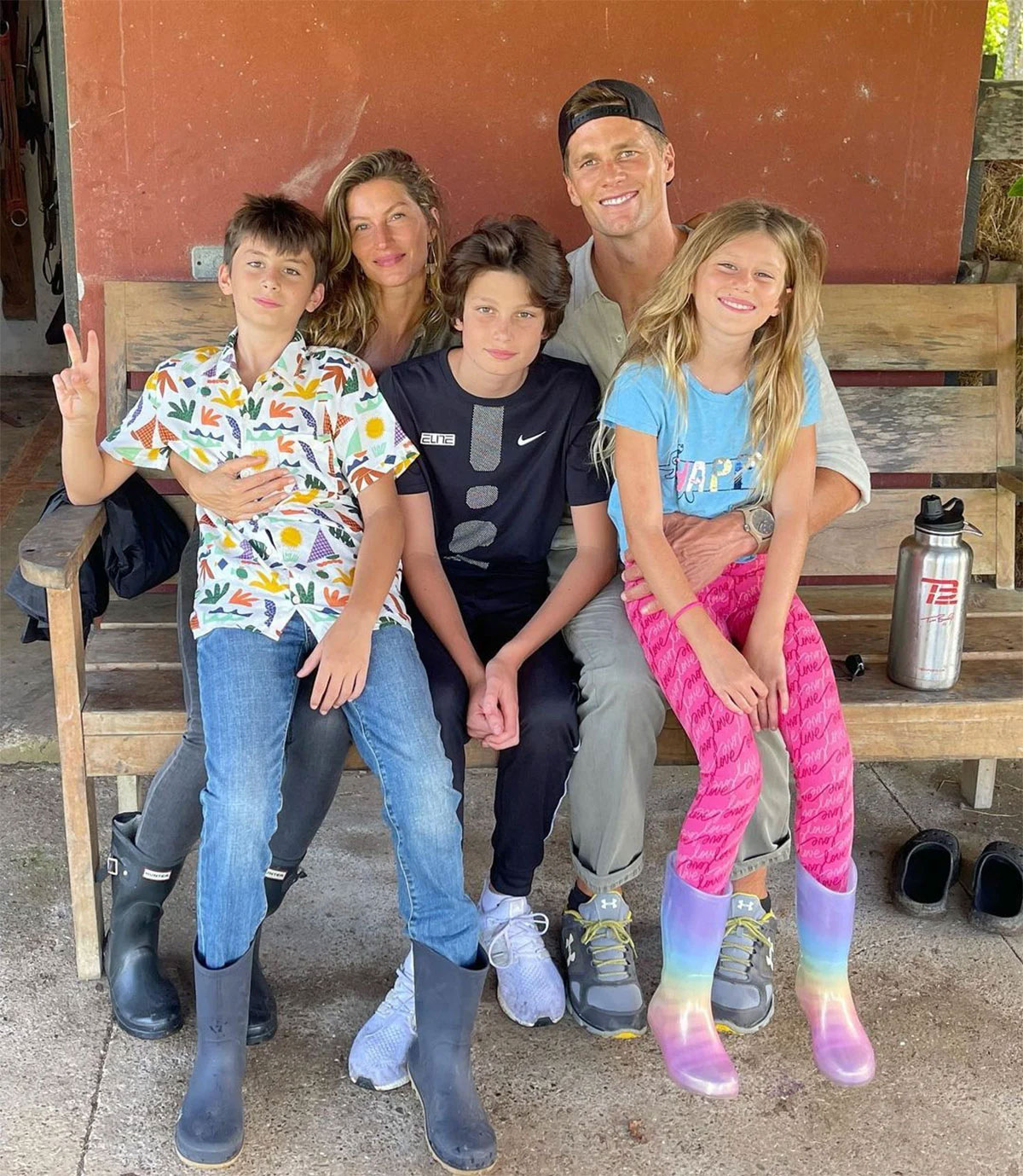 Her absence comes amid difficulties in their marriage. Us Weekly exclusively revealed that the pair are no longer living together.

“Tom and Gisele are still not seeing eye to eye regarding his retirement,” a source told Us earlier this month. “They are currently living in separate houses, but continue to communicate.”

The estranged couple’s new living arrangements come one month after the athlete took a leave of absence from the Buccaneers.

“He’s going to deal with some personal things,” Buccaneers head coach Todd Bowles revealed during a press conference in August, adding that there is “something he needs to handle.”

Though he returned to the team, he gets one day off each week, a luxury he defended in an episode of his SiriusXM podcast, “Let’s Go! with Tom Brady, Larry Fitzgerald and Jim Gray” in early September.

“The fact that I’ve worked weekends for the last 23 years, I do deserve one day off a week so I think maybe, and I don’t know if it’s Wednesdays, but I get Tuesdays off,” Brady said of the arrangement. “That’s probably good enough for me.”

Just ahead of the first football game of the 2022 to 2023 season, another source explained to Us that the marital problems relate to Brady’s career decision to continue playing with the NFL. In March, Brady announced his plans to come back for his 23rd season a professional football star — just six weeks after he claimed that he was done with the sport.

“Gisele was not happy when Tom un-retired from the NFL after such a short time,” the insider noted earlier this month. “There is tension between them.”

The source said that the former New England Patriots player is “doing everything he can to make it up to” the Devil Wears Prada actress, adding, “They’re working through things and trying to come out the other side.”