The Victorian government will cut the future salary growth of the state’s 325,000 public sector workers by a third, potentially saving billions of dollars as part of cost-cutting measures aimed at combating record levels of debt inflicted by the coronavirus pandemic.

Unions have widely condemned the move, arguing it was not the right time to reduce the income of what amounts to one in 10 Victorian workers as the state seeks to rejuvenate the economy. 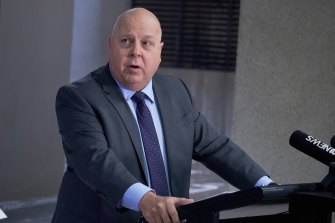 Measures to constrain spending within government departments will also be announced in Thursday’s state budget.

Jeremi Moule, secretary of the Department of Premier and Cabinet, wrote to public servants on Saturday informing them the Andrews government wants to “reduce its reliance on contractors and consultants”.

Treasurer Tim Pallas said on Saturday that the guaranteed annual increase of taxpayer-funded jobs, enshrined in the government’s wages policy, will be cut from 3 per cent (including wages and entitlements) to 2 per cent from next year. Teachers, nurses, paramedics, firefighters, police officers and the public service are among the workers who will be affected.

While the change will not impact existing enterprise agreements and public servants’ current pay will not be reduced, it will mean unions start at a lower bargaining position when they negotiate with the government in future.

The move is part of the government’s plan to raise $2.7 billion over the next four years that includes a series of new taxes, including big hikes on stamp duty for high-end property buyers, some landlords and private gender-exclusive clubs.

Teachers and early childhood workers, via the Australian Education Union, are the largest group currently negotiating an enterprise agreement and will have their wage growth stifled if they are unable to strike a deal before January 1 next year.

Mr Pallas admitted it was a “substantial moderation in terms of wages” but said the 2 per cent guaranteed increase was fair considering inflation was running at about 1.5 per cent.

“Let me make the point that this puts our wages policy as still one of, if not the most generous wages policies in the nation,” the Treasurer said.

“So we’re not being miserly with our workforces, they are certainly above projected [inflation]. But we do need to wind it back so that we have the capacity to provide the appropriate resourcing for the services that the community needs.”

He refused to state how much money the government would save through the clampdown although projections last July forecast Victoria’s public sector wage bill to surge towards $30 billion by 2023. 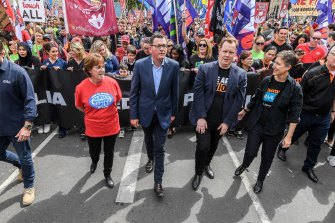 Luke Hilakari, secretary of Trades Hall, which represents 40 unions and about 430,000 workers, said public servants should be rewarded for their work during the pandemic.

“We don’t support any rollback in the government’s wages policy. We don’t believe it’s the right time for it when people like health workers have been working their guts out for Victorians,” Mr Hilakari told The Age.

“This is a time when people need greater wage rises to pump money into the economy and get businesses back on their feet, not the opposite.”

In an example of unions’ recent bargaining power, the Community and Public Sector Union inked a four-year deal last July for about 51,000 workers in the government’s 51 departments and agencies to receive a pay increase of more than 3 per cent.

Meredith Peace, the Victorian president of the Australian Education Union, said the wages decrease would likely not impact current negotiations with the government. However, she said teachers were as stretched as ever and working an average of 15 hours of unpaid overtime every week.

”No matter what the Andrews Labor government’s wages policy is at any given time, the onus is on the government to provide relief from these unsustainable workloads and remuneration that properly reflects the contribution made by teachers, principals and education support staff,” she said.

“Victoria has got an ambulance crisis at the moment … we’ve got some of the worst elective surgery waiting lists in our history,” he said. “At the moment we want to see more money invested in frontline services that save lives and educate Victorians.”

Mr Moule, Victoria’s top public servant, advised colleagues in his email on Saturday that the budget would include an internal shift in priorities to “deliver the government’s reform agenda”.

He said as well as limiting the use of contractors and consultants, some government employees could be moved to different agencies or departments as a result.

“In the weeks following the budget, we will begin to assess what the measures mean for DPC [Department of Premier and Cabinet] and will engage further with our workforce and unions as we do,” he said.