VIEWERS have been left sobbing after watching an emotional Christmas advert by Irish supermarket SuperValu.

The advert begins with a young Conor decorating the Christmas tree and in the background you can hear the news on the radio: "Covid-19 continues to cause restrictions." 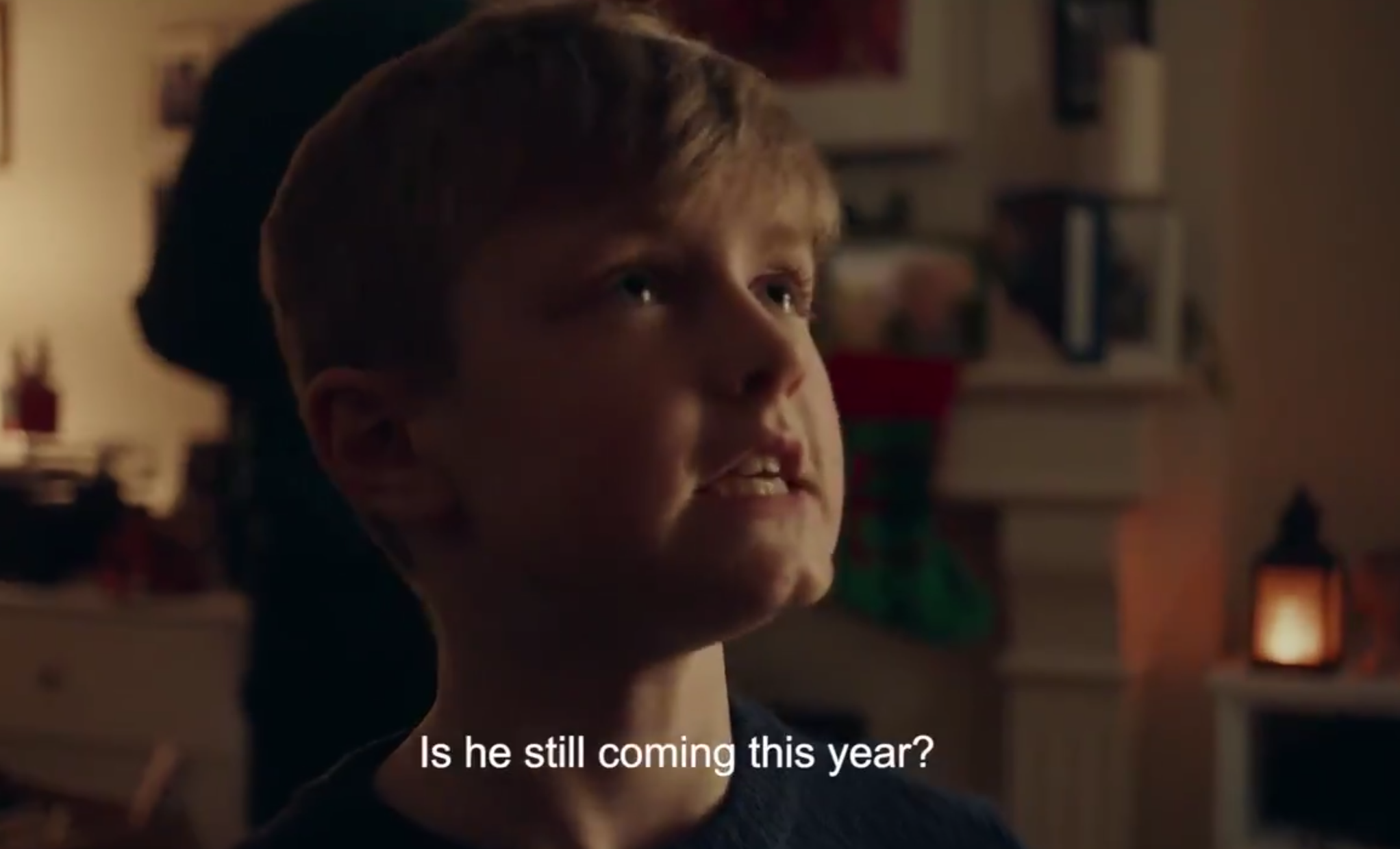 It leads Conor to ask his parents: "Is he still coming this year?" to which his mum replies: "Of course he is."

Throughout the advert, Conor repeatedly asks his mum and dad if he's "definitely" coming as they prepare for Christmas.

You see him writing out his list to Santa, setting out mince pies on a plate and even putting a "Please stop here" sign outside the family home.

At one point, Conor helps his mum unpack the SuperValu shopping bags from the car, asking: "Did you get the one he likes?" before running into the kitchen with a box of goodies shouting "These are his favourites!" 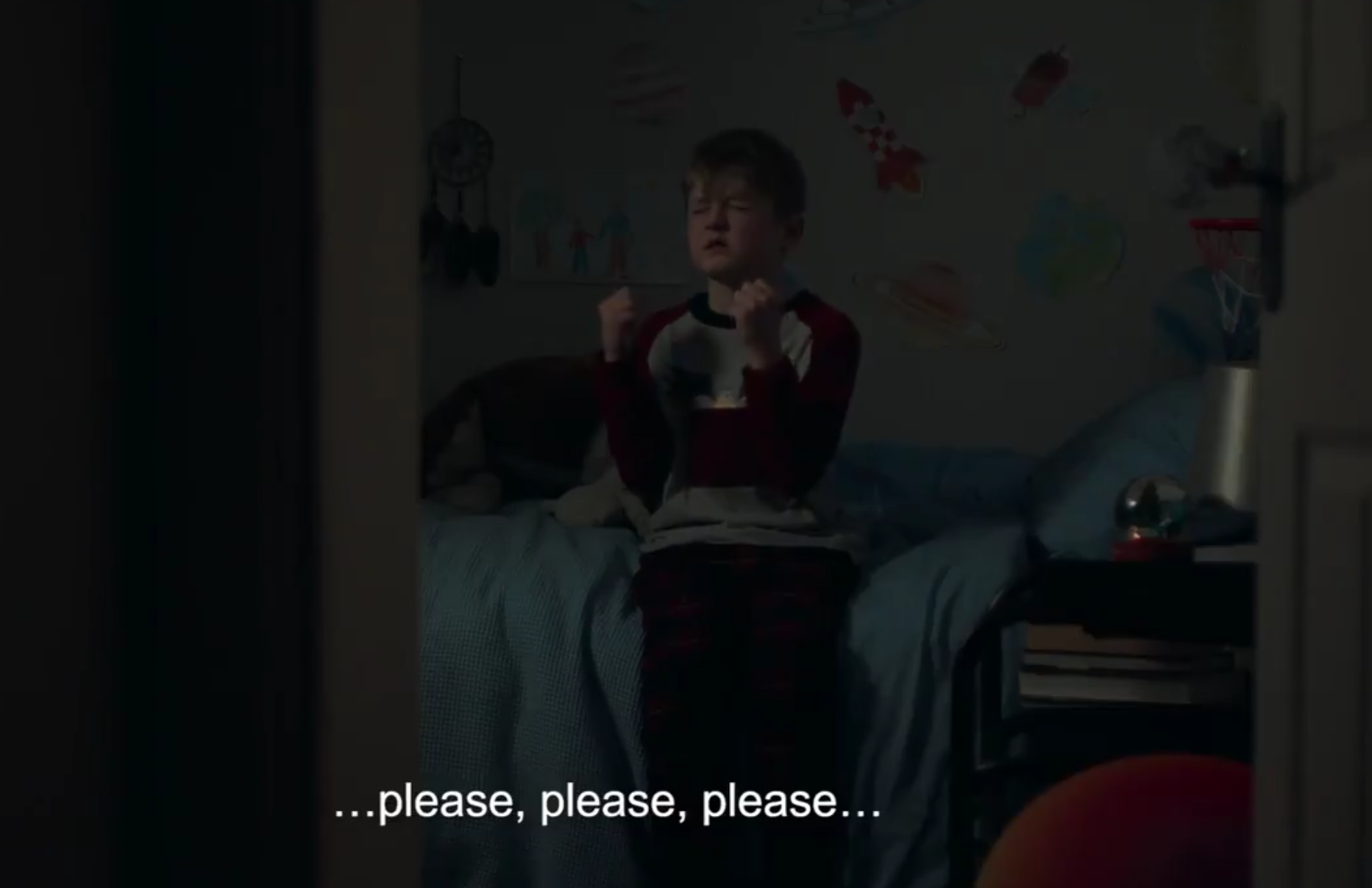 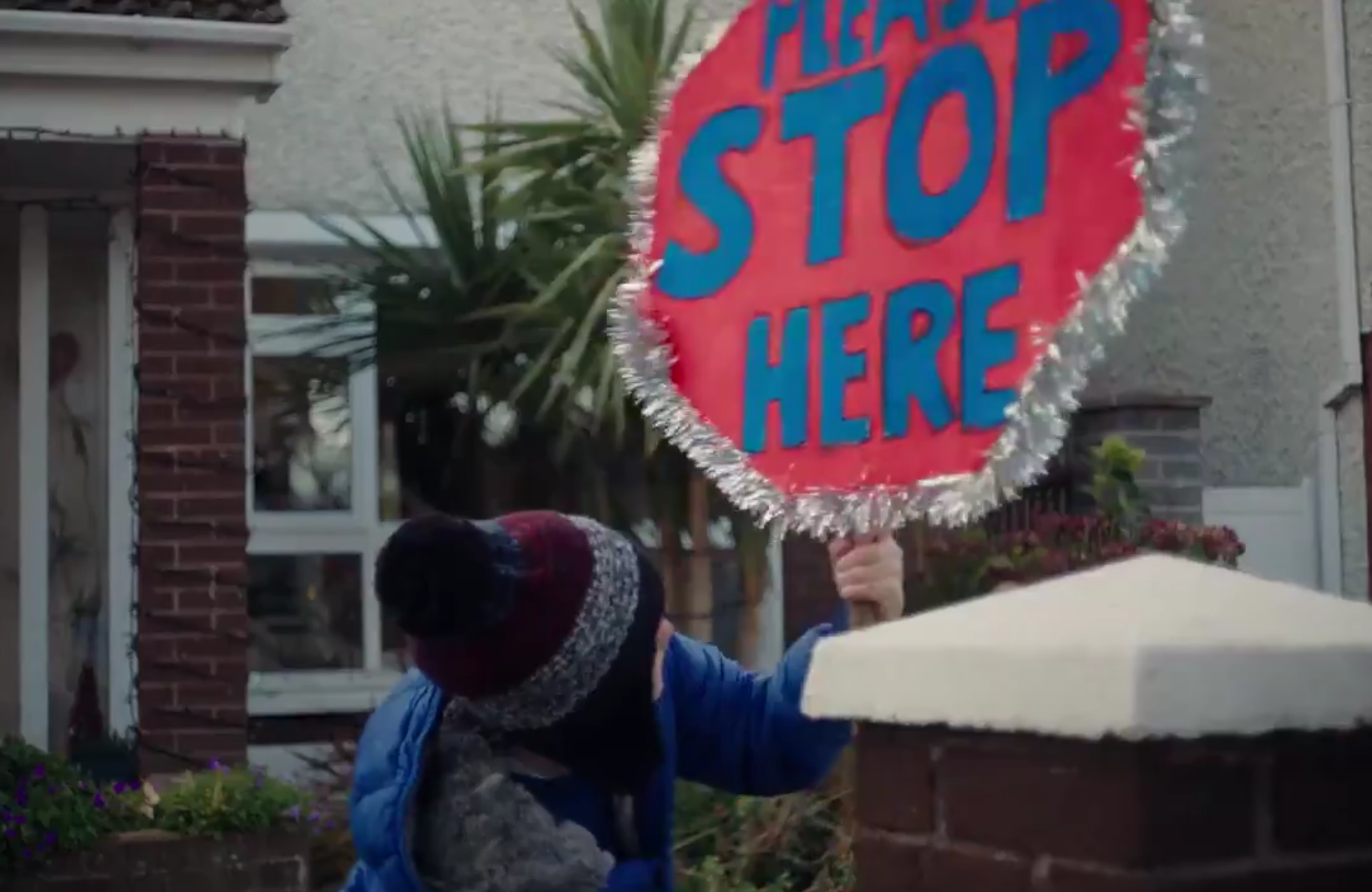 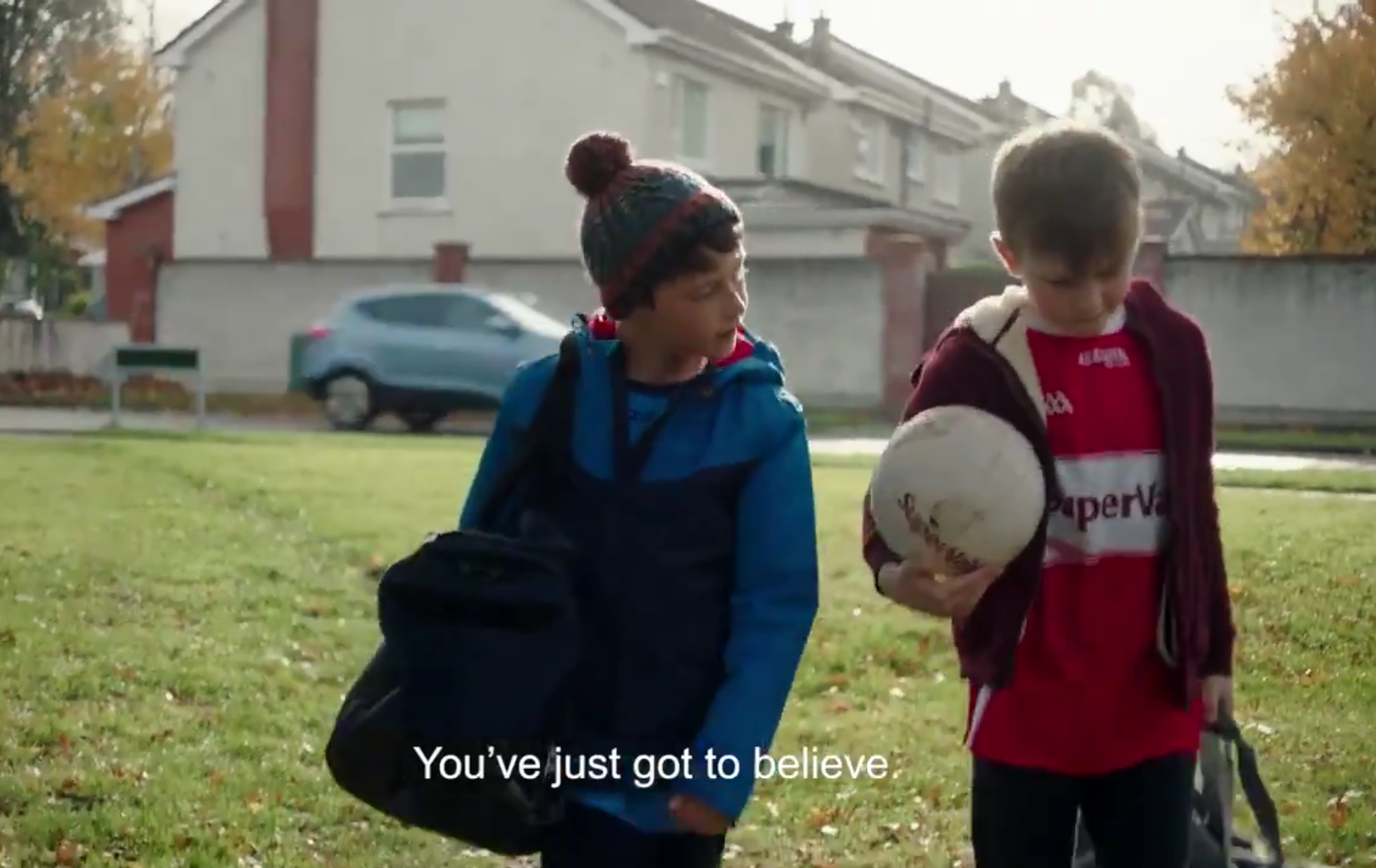 Even his friend from football tells him he has "just got to believe".

Asleep on Christmas Eve, Conor snaps awake when he hears the door slam, jumps out of bed and runs downstairs.

It's not until he shouts "Grandad!" that the viewers realise Conor hasn't been asking about Father Christmas at all.

Throughout the minute-long clip, Conor has been worried the pandemic restrictions would keep his Grandad away over the festive period. 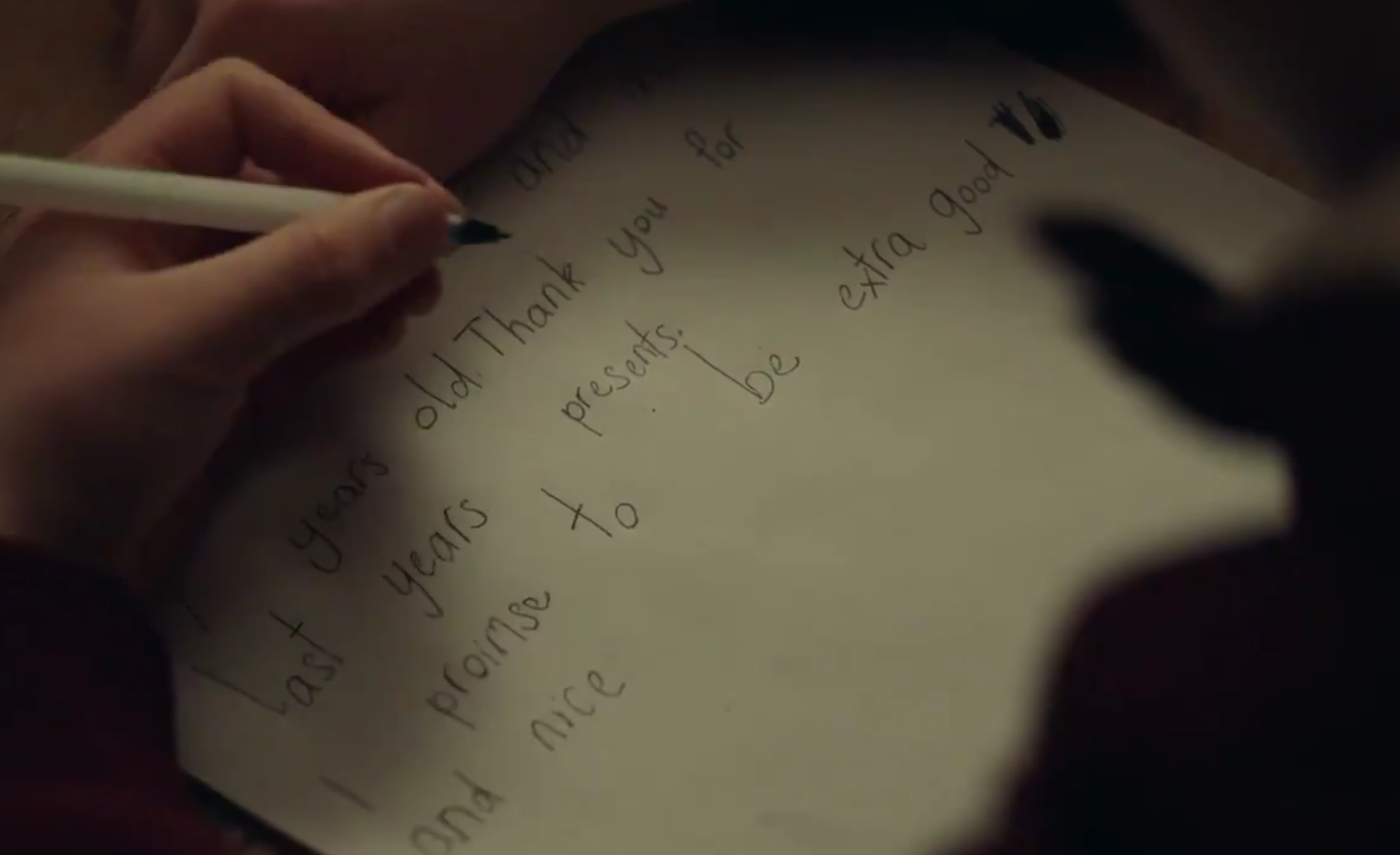 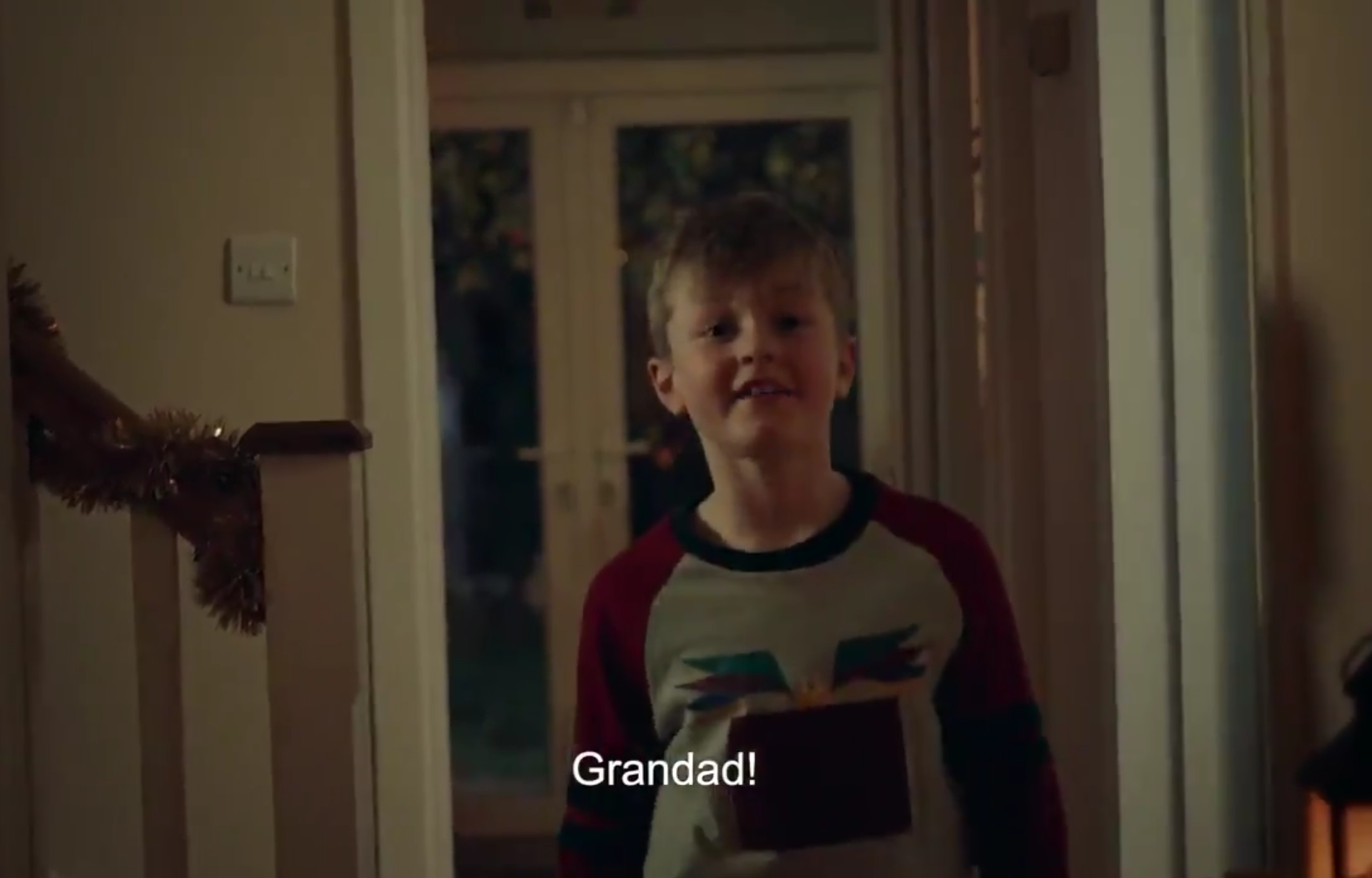 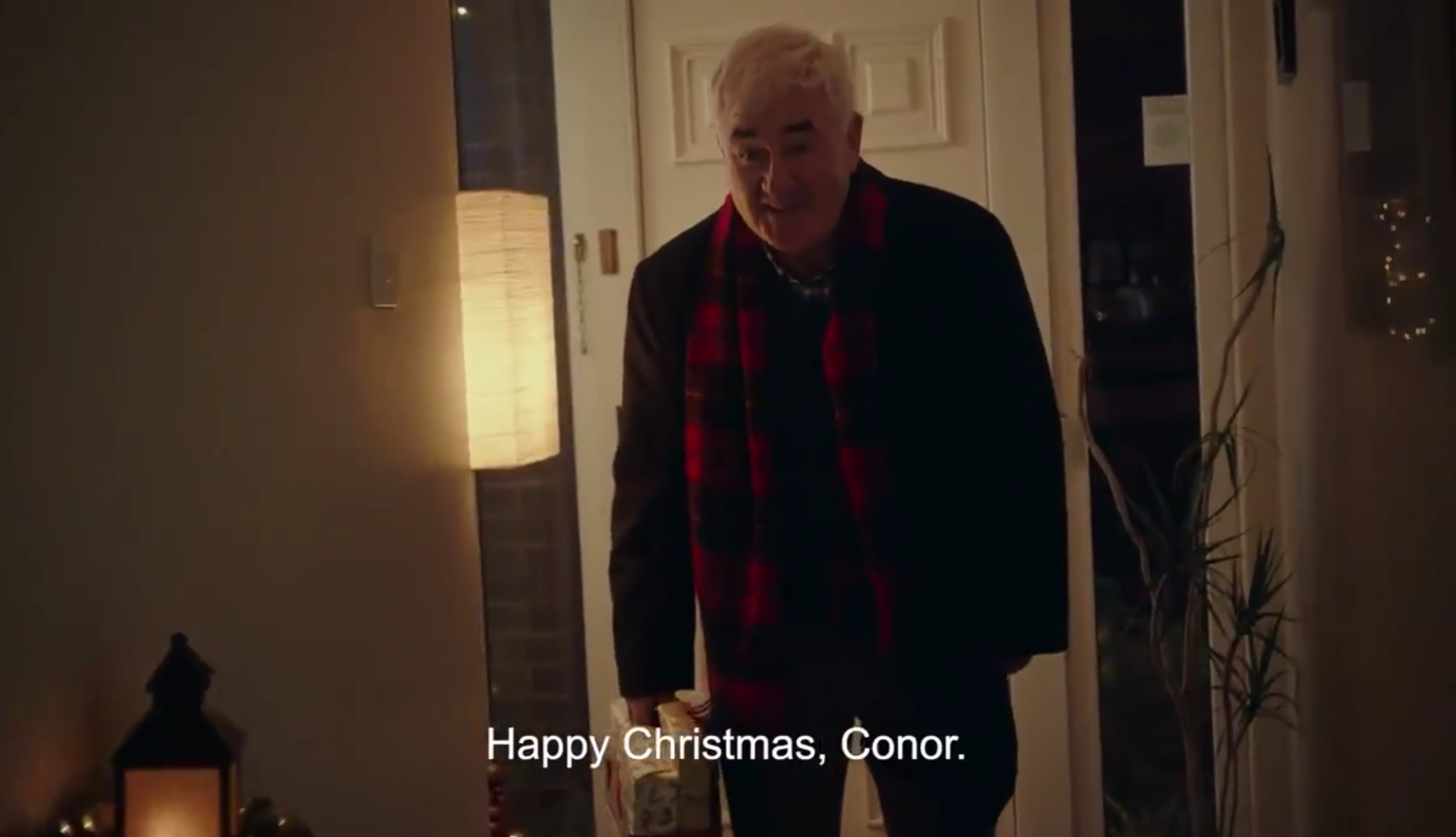 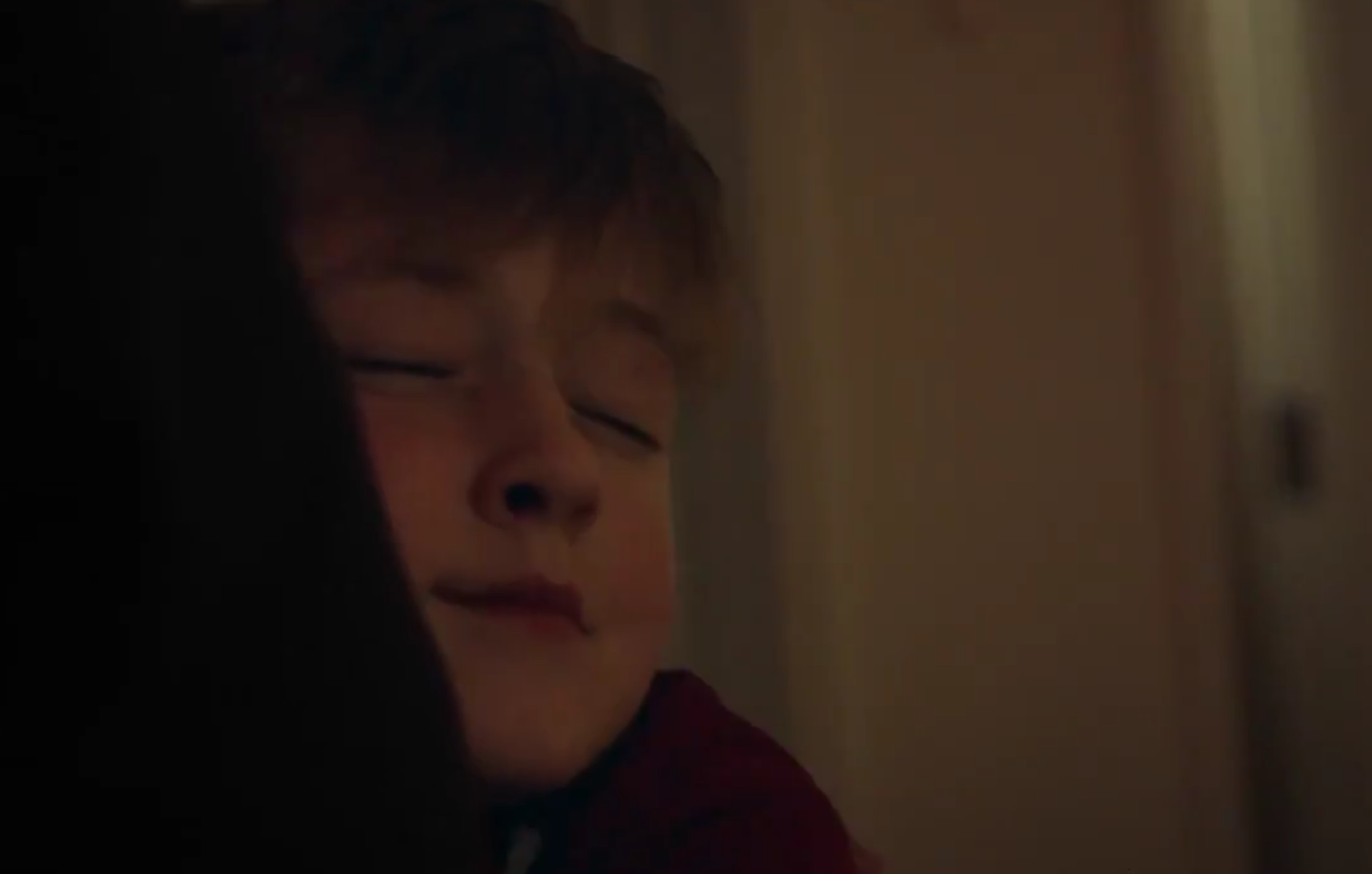 The big reveal had viewers in tears, with one person saying it left them "crying into [their] coffee".

Katherine wrote on Twitter: "Turned on my phone only to see the SuperValu Christmas ad on my feed.

Another Twitter user wrote: "Congratulations on the SuperValu Christmas ad for being the first Christmas ad of 2020 to make me cry at work, tis officially the season."

Someone else said that the supermarket had "pulled it out of the bag" while another user wrote how it had given them "all the feels." 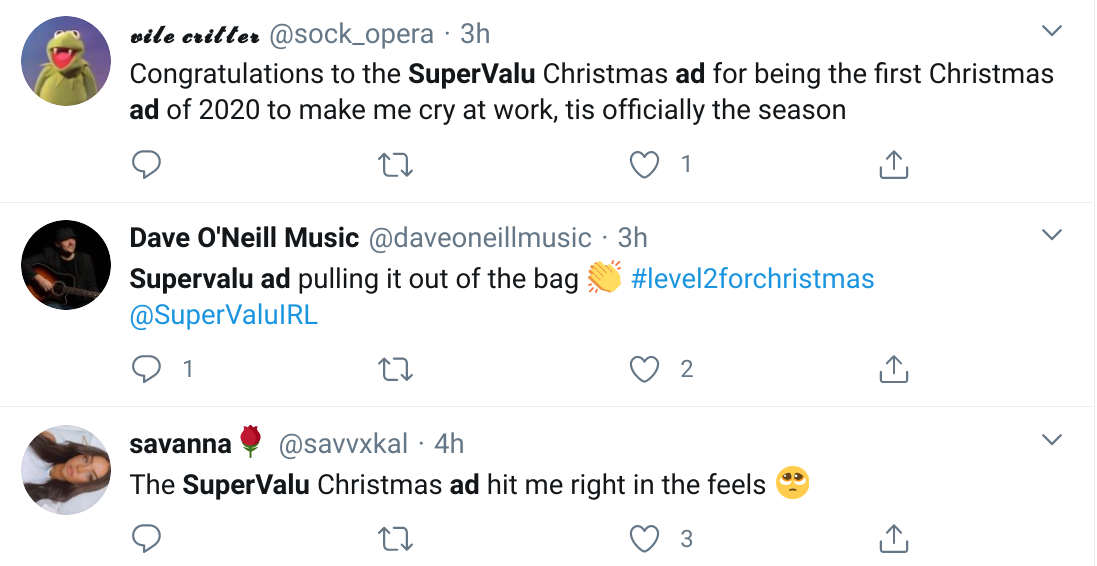 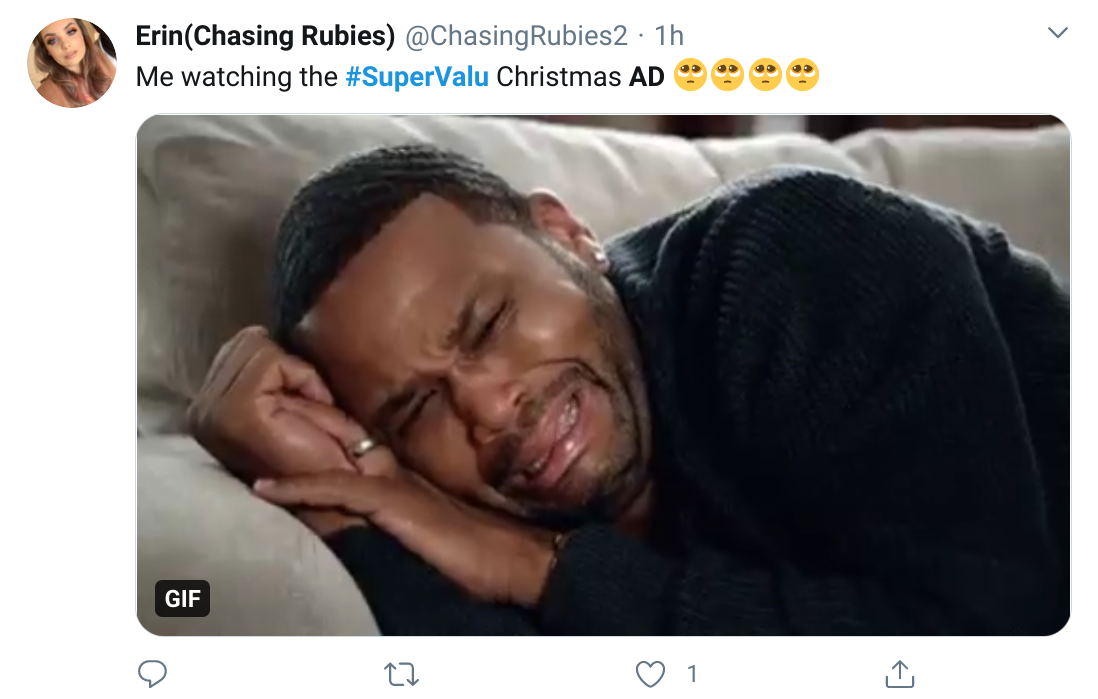 Posting the advert on Twitter, the Irish discounter wrote: "Christmas may be a little different this year but we all know who makes it extra special.

"Whether you’re keeping old traditions or making new ones we all love a magical Christmas. You just have to Believe."

The advert captured the emotions of viewers who are also fearful that coronavirus restrictions will keep families apart this year.

It's not the only festive trailer to make viewers cry.

Coca-Cola's Christmas advert has left people in "floods" of tears after breaking away from its "Holidays are coming" trailer.

Aldi, Amazon and Disney have also already launched their Christmas adverts this year. You can watch them all in our roundup.

John Lewis is keeping quiet about this year's advert butfor now here's an amateur advert that will have you in tears.