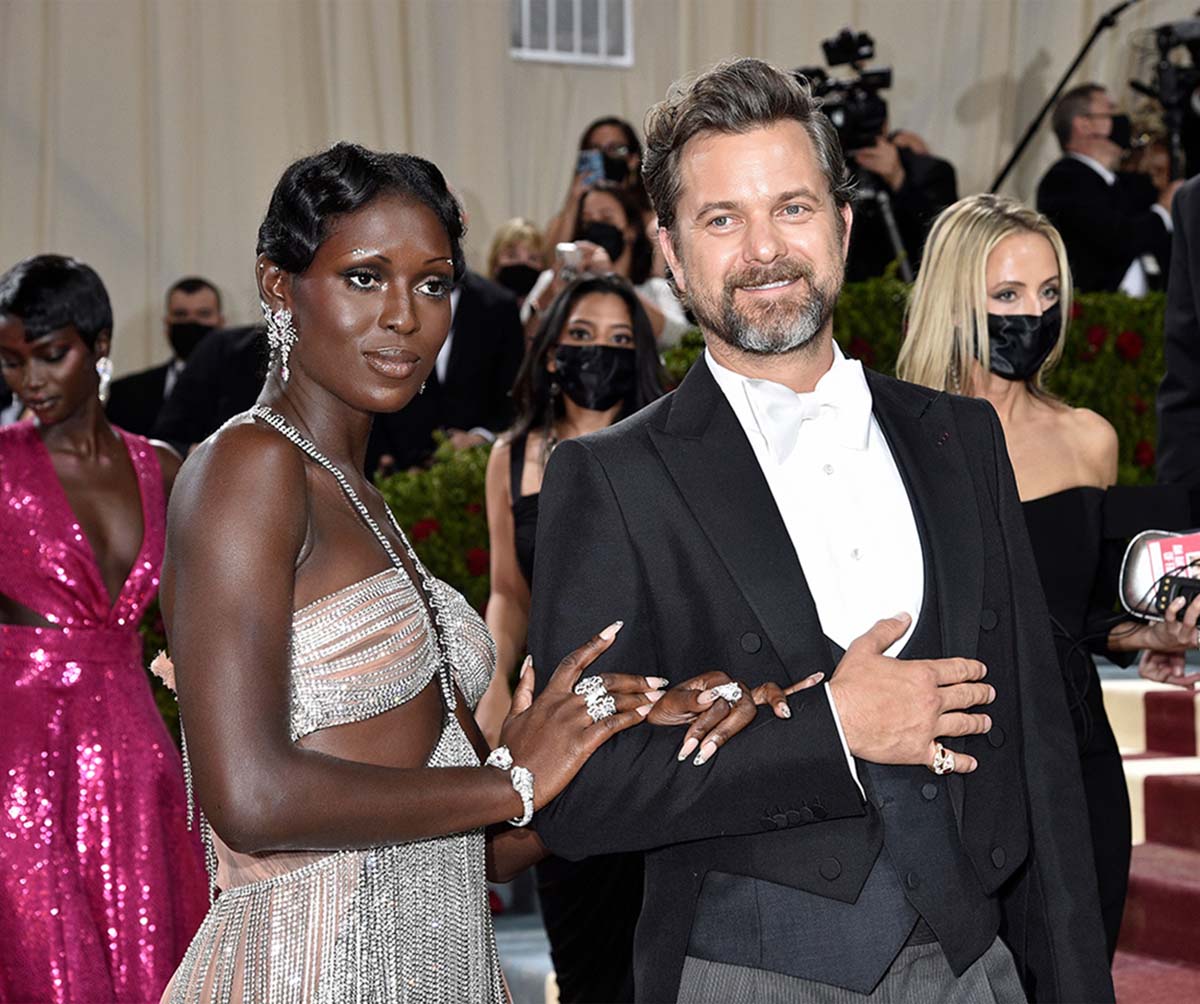 Social media spat? Joshua Jackson and Jodie Turner-Smith just followed each other on Instagram — leaving some people wondering when (or if) they stopped in the first place.

Speculation the pair weren’t keeping up with each other began on Thursday, September 22, when eagle-eyed fans noticed that Jackson, 44, and Turner-Smith, 36, no longer followed each other on the platform. At the time, the twosome had each posted an ad featuring them as a couple but failed to reference one another in their respective captions.

“Why have Joshua Jackson and his wife Jodie Turner-Smith unfollowed each other on Instagram 👀👀👀,” one person wrote via Twitter on Thursday. “Aw, that’s sad, they were cute,” another one replied.

However, the couple seemingly followed each other by Friday, September 23.

Despite the alleged social media slight, the Dawson’s Creek alum recently gushed over the joys of being married to the British actress.

“She is undeniably one of the most beautiful women on the planet,” he told E! News in a story published on Wednesday, September 21. “And she always smashes it when she’s on the red carpet. That is truly a wonder to behold. But I will tell you, that there is nothing like waking up in the morning, opening my eyes and seeing her face in the morning.”

The supposed snub between the couple raised eyebrows due to the twosome’s long history of interacting on the platform. From the Anne Boelyn star joking about being a die-hard Pacey Witter fan to Jackson gushing over his wife’s beauty, their interactions have made them a fan-favorite Hollywood couple since they were first linked in 2018.

In March, Turner-Smith took to Twitter to complain about staying in a hotel where photographers could catch her “looking like s—t all the time.” The Affair alum, however, quickly hopped into the comment section to disagree. “Why are you lying on the Twitters. You know you’ve never looked bad a day in your life,” he replied.

In addition to teasing each other, the twosome have used all social media platforms to gush over their love for one another on a regular basis.

“Happy Birthday my beautiful wife,” Jackson wrote via Instagram in September 2020 in celebration of Turner-Smith turning another year older. “Thank you for choosing to share your light with me. Thank you for walking this path of life as my wife. Thank you for bringing our daughter into the world. This last year has been the happiest whirlwind of my life. I can’t wait to see what all the years to come bring our way.”

Us Weekly broke the news in December 2019 that Jackson and the Last Ship actress had secretly tied the knot and were expecting their first child, just three months after Turner-Smith was seen donning a diamond right on her left hand and Jackson was spotted with a gold band on his ring finger. In April 2020, Us confirmed that the lovebirds had welcomed their daughter, Janie.

One month later, Jackson once again took to Instagram to honor the Queen & Slim star on her first Mother’s Day.

‘Dawson’s Creek’ Cast: Where Are They Now?

“Dear Jodie, On this most special of mothers days I want to thank you for being the light that you are,” he wrote at the time. “For the passion with which you threw yourself into nurturing and protecting our child when she was in your womb. For the dedication and will you showed bringing her into the world. I have never witnessed a more powerful being than you through those moments. Thank you for the depth of grace you have found since our daughter has arrived.”

Turner-Smith for her part, was impressed with the Little Fires Everywhere actor’s photography skills when she posted a nude shot of herself taken by Jackson on January 2020.

“Happy New Year & Happy New Decade,” she captioned the photo which was taken while the newlyweds were vacationing in Jamaica. “The last 10 years have been quite the ride!!! I laughed, I cried, and, most importantly, I LEARNED. Keep going. May we all see that our wildest dreams *continue* to come true.”

The following month, in a series of photos and videos of the Dr. Death star in honor of Valentine’s Day with her hubby.

“our 2nd valentine’s day and it’s even more magical than the first! here’s to a lifetime of them. happy valentine’s day to the man who sees my soul and holds my heart 💞 love you, baby daddy 💋🤗🥰,” she captioned a solo snap of Jackson. The photo series also included a picture of the lovebirds sharing a kiss, a close-up video of the Fringe alum’s eye and a super sweet clip of Jackson rubbing Turner-Smith’s pregnant stomach as the two smiled lovingly at each other.