The Government has issued new guidance for upcoming brides and grooms in the UK. Prime Minister Boris Johnson has given permission for weddings to comment from Saturday, July 4, but rules in place won’t see nuptials back to normal anytime soon.

The new guidance reads: “During all activity linked to the marriage ceremony or civil partnership formation, all parties should adhere to social distancing guidelines.

“From July 4, 2 metres or 1 metre with risk mitigation (where 2 metres is not viable), are acceptable.

“From July 4, gatherings of more than 30 people will be permitted but only in certain public places as set out in law.

“This will include all licensed venues where legal marriage ceremonies can take place however it is strongly advised that numbers are restricted to 30 for public health reasons.” 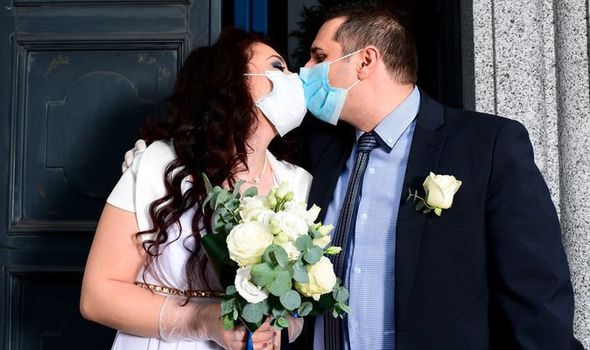 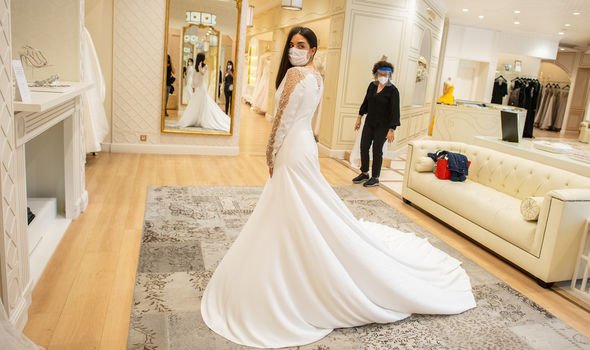 Ceremonies should be kept “as short as reasonably possible” and limited as much as possible to just the parts that are legally binding.

No more than 30 people should attend, including the couple, witnesses, officiants, guests and suppliers such as photographers and caterers.

Everyone should follow the 2m rule if possible, or 1m with extra safety measures. 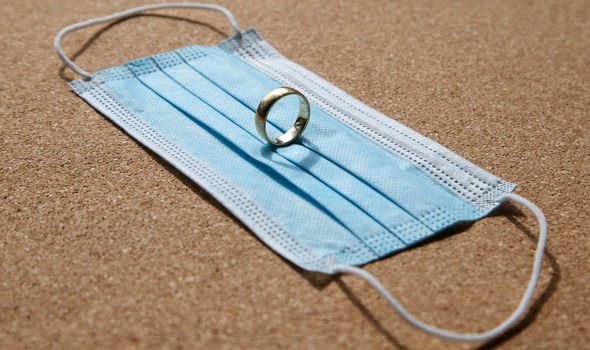 Fathers are not allowed to walk the bridge up the aisle as this break social distancing guidance.

No food and drink should be consumed as part of the event unless required for the purposes of solemnisation.

Hands should be washed before and after the exchanging of rings, and the rings should be handled by as few people as possible.

Singing, shouting or playing music at a volume that means people have to raise their voice should all be avoided.

DON’T MISS
Weddings in lockdown: How many guests can you invite? [INSIGHT]
Marriage ban lifted: Where in the UK can I now get married? [EXPLAINER]
Sarah Ferguson stuns royal fans with surprising new lockdown look [PICTURES]

Speaking during the ceremony – for example saying the responses to the vows – should not be in a raised voice.

Playing instruments that are blown into should be avoided.

When singing or chanting is required, only one person is allowed to and the couple or venue should consider installing a clear screen.

Venues frequently used for weddings should mark the floor with tape or paint to help people maintain social distance. 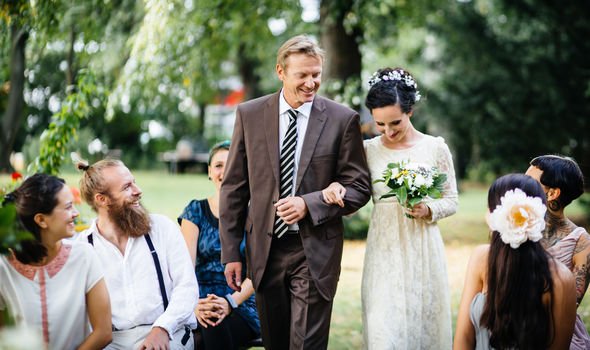 What are the rules in Northern Ireland, Scotland and Wales?

In Northern Ireland, weddings of up to 10 people are allowed outdoors.

In Wales, ceremonies can take place, but social distancing must be observed.

Only utdoor marriages and civil partnerships can take place in Scotland.