What your sleeping position says about YOU: Expert reveals those who favour the foetal position tend to be shy while snoozing on your back reveals a tendency to be rude

From being laid back, lonely or a narcissistic, it’s been revealed people’s sleeping habits could say a lot more about their personalities than they think.

Online bed and mattress retailer, Bed SOS, carried out research to discover the UK’s five most common sleeping positions and partnered with leading UK psychotherapist, Nick Davies, to reveal what they might say about your personality and relationship.

The most popular position is sleeping on your side, with an arm under the cushion, which according to Nick, means you are laid back, open minded, and have a playful personality.

On side with arms tucked under a cushion 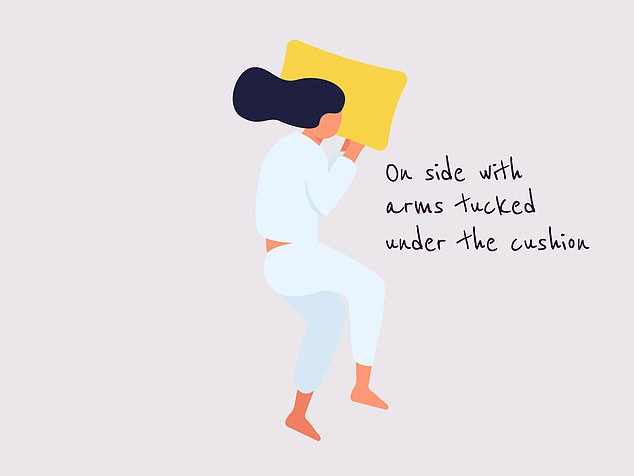 According to research carried out by UK-based Bed SOS, 23% of Brits sleep on their side with arms tucked under a cushion (pictured)

The number one sleeping position for Britons is on your side with arms tucked under the cushion, with almost a quarter saying it’s their favourite way to rest.

And luckily for most, this position means you are laid back, according to Nick Davies.

He says: ‘These kinds of sleepers live a balanced life; they will also be the more relaxed type who are usually open-minded and have playful personalities.’ 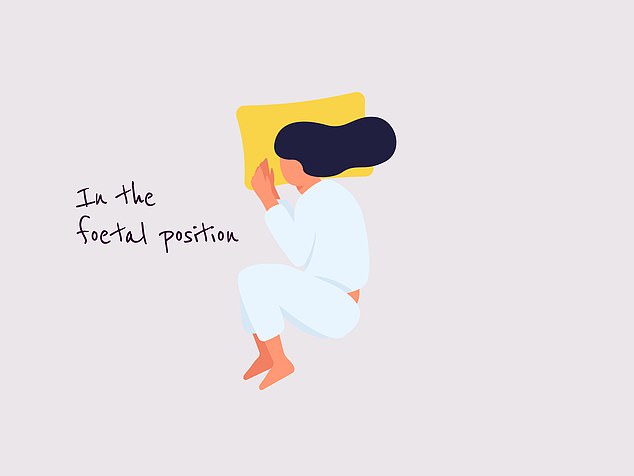 Psychotherapist Nick Davies, from the UK, revealed that the foetal position (pictured) is considered a vulnerable one

One in five like to sleep in the foetal position, which is a vulnerable position according to Nick.

‘Curled up almost in a ball, people who sleep like this might be feeling lonely as they move to the position where they were first nurtured in the womb.

‘Those who sleep in this position have introverted personalities and can be closed off or shy.’

On side with arms stretched out 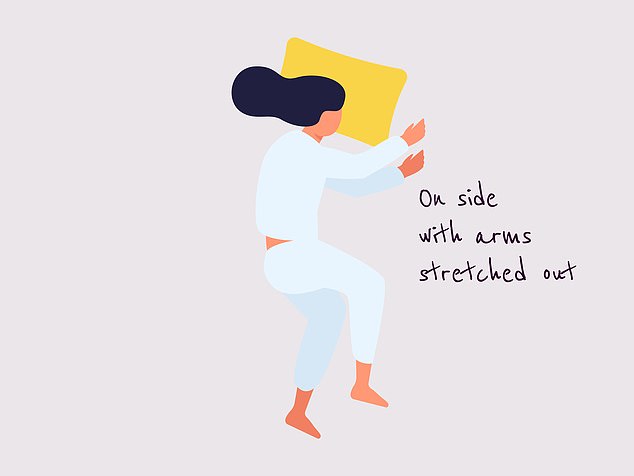 This is a less common way of sleeping with only nine per cent favouring it.

Nick says us those who sleep on their side in bed with their arms stretched out could be ‘reaching for something unconsciously, they may have unresolved goals and dreams, or it could symbolise longing for a partner.

‘These people can be clingy, insecure and can often get into co-dependent relationships.’ 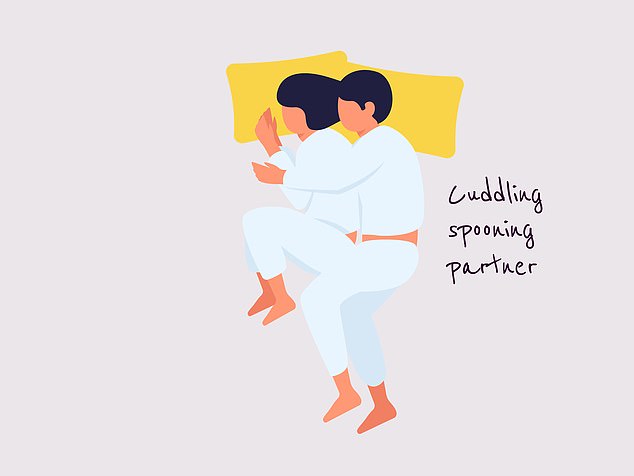 One in ten men prefer to cuddle and spoon their partner in bed, though fewer women say they enjoy this, and it’s the favoured sleeping position for eight per cent of people overall.

‘The big spoon is someone who enjoys giving comfort and protection whereas the little spoon is enjoyed by someone who likes being looked after, cared for and nurtured,’ Nick explains.

Being in this position is very intimate and both partners show a longing to be touched.

Younger people are also more likely to cuddle and spoon their partner with more than one in ten (13%) 18-24-year-olds preferring this way of sleeping, which drops to just 4% in the 55-64 and 65+ age groups.

On your back with arms by side 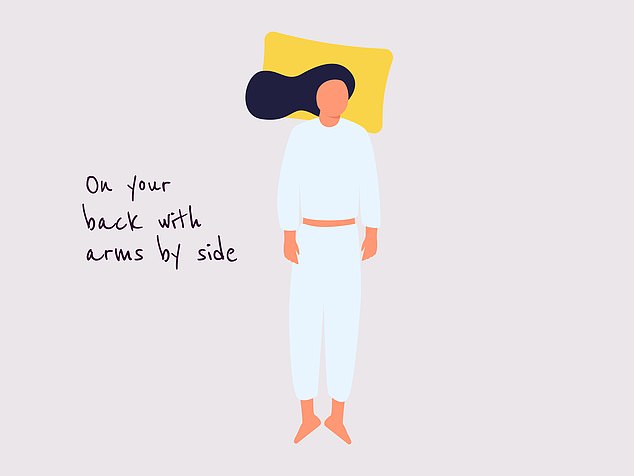 Men are also more likely to lie straight on their back with their arms by their sides than women, which may explain why twice as many men are prone to snoring.

‘The characteristics of this sleeper are more likely to be an open book and a direct communicator and could possibly tend to be rude’ says Nick.

In terms of the less common sleeping positions, the research found only 3% of Brits starfish in their beds, which suggests we are a humble nation.

‘People who starfish often have narcissistic traits and a lack of empathy for other’s feelings, those who sleep on their back in this position also tend to be very laid-back characters who don’t let things bother them,’ he adds.

Danny Richmond, Managing Director of discount bed and mattress retailer, Bed SOS, comments: ‘It’s surprising to see how the way we sleep can relate to our personalities and fascinating for us to know the different quirks that come with various sleeping positions.

‘It’s also important to know that along with a good quality mattress we should be focusing on how we are sleeping so we are giving our bodies the best chance of rest and recovery.’