When lockdown restrictions eased, Soho House members flocked back to the club’s outdoor locations across London. Now, with indoor dining resuming, the brand’s mastermind, Nick Jones, is set on enhancing the experience even further. The group is expanding its footprint to 180 Strand in London, the landmark brutalist building that used to host London Fashion Week. Jones is turning it into a cultural hub with its nine floors split into a members’ club, a coworking space and a health club.

The interiors are meant to reflect the brutalist aesthetic of the building, which was designed by Sir Frederick Gibberd in the 1970s. Contemporary touches such as velvet seating, shagpile rugs and parquet flooring add the signature home-away-from-home feel for which Soho House is known.

One of 180’s best features is its rooftop pool with views over the Thames, the London Eye and Parliament. Next to it, a DJ booth, pizza oven and restaurant encased in a glass box make it clear that Soho House wants to make up for lost time.

More than 150 artworks are on display throughout the building, including pieces made during the global pandemic that touch on America’s gun laws, the Black Lives Matter movement and social distancing.

Each work is framed in a bright color, as a reminder “to hunt out rainbows” and “to refuse to submit,” said a company spokesperson.

Separately, Soho House has opened the doors to Summer River House, a cozy outdoor club in Windsor — an hour’s drive from London — with a lounge area facing the Thames and a restaurant housed under a tent that channels the charm of the British countryside. 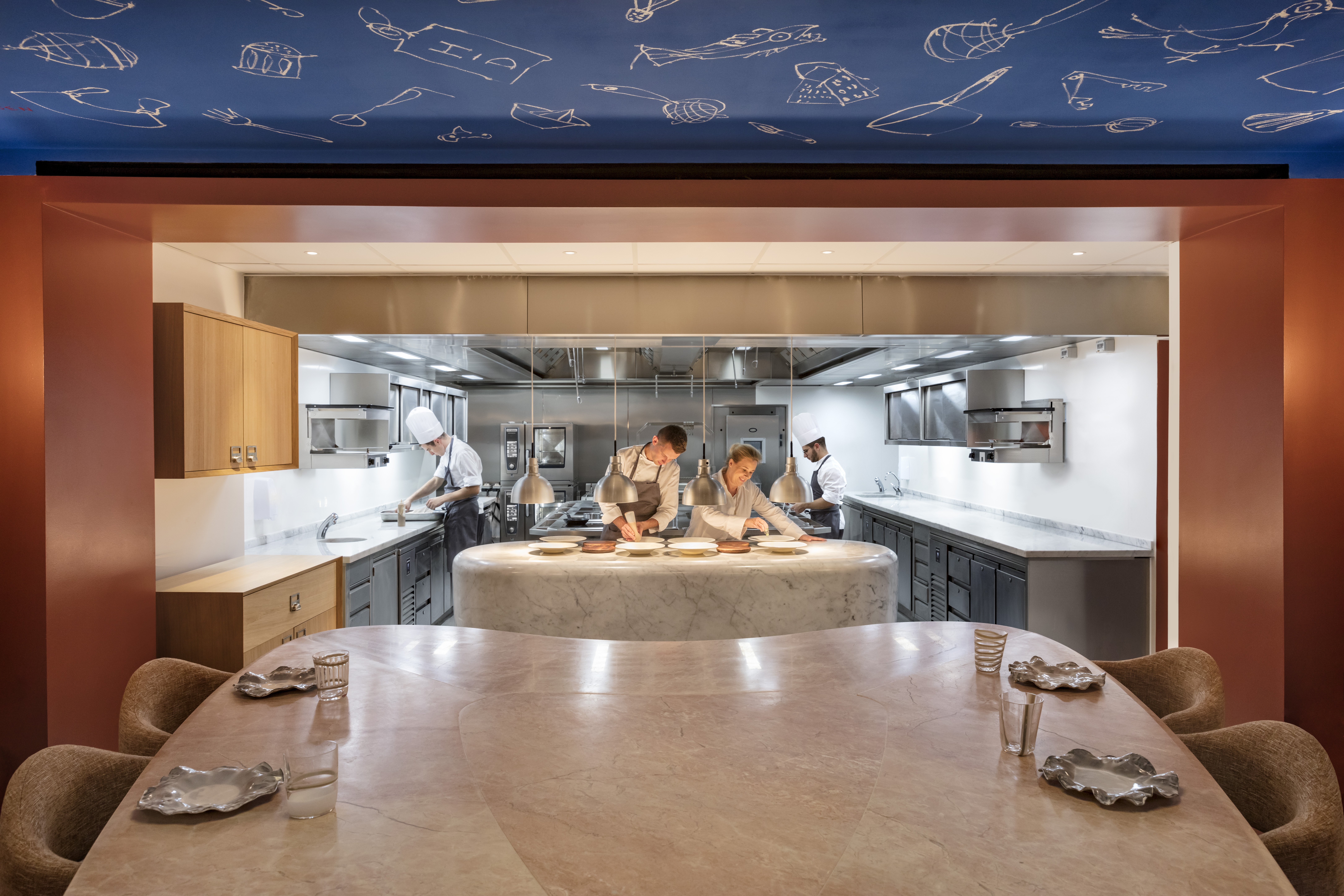 Chef’s Table at Hélène Darroze at The Connaught Courtesy

Hélène Darroze at The Connaught

The three-Michelin-star restaurant Hélène Darroze at The Connaught reopened beginning Tuesday, with an ever-changing Taste of the Season menu, with new dishes like Les Landes white asparagus with gurnard, whelks, royal bottarga, and lilliput caper, and Darroze’s signature rum baba. The private dining offer, Chef’s Table, will also be available for the first time this year with menus based on a sharing concept and the chance for guests to chat with the chefs as they serve each dish. 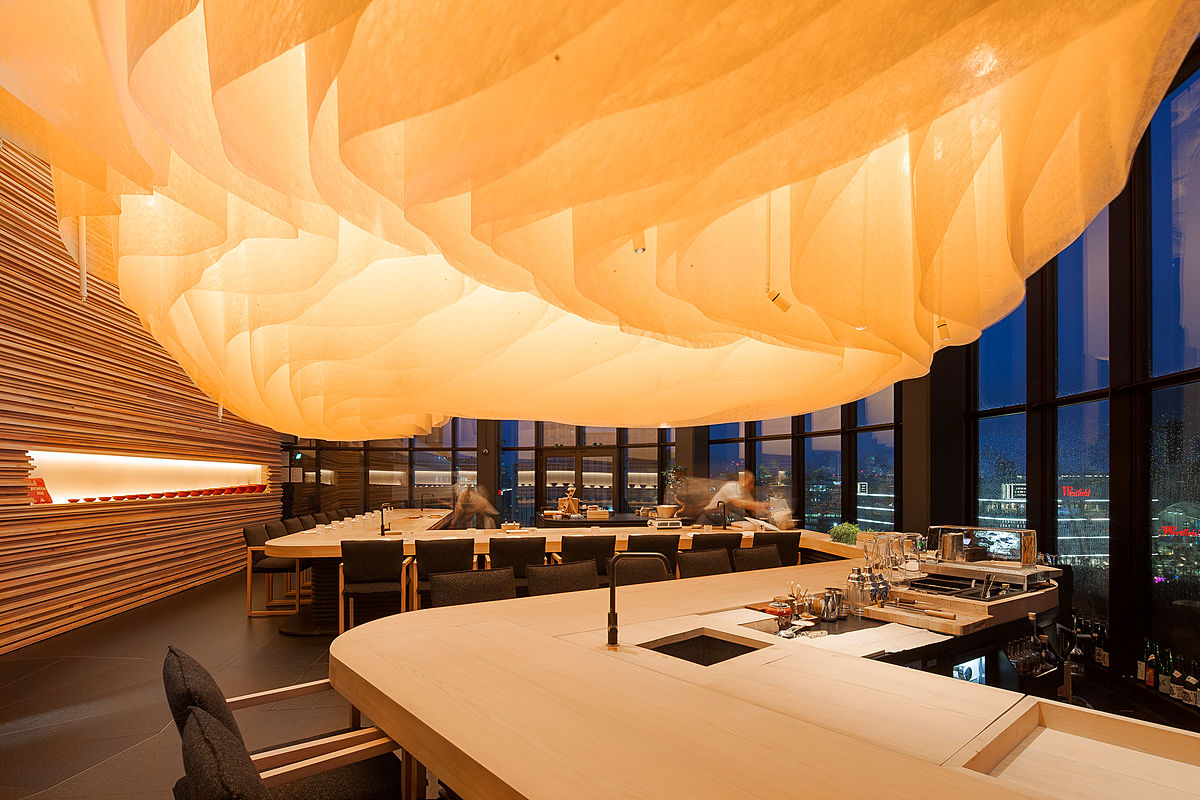 Japanese Restaurant Endo at the Rotunda in London. Courtesy

Endo at the Rotunda

Even with a two-month advance reservation list, the Michelin-starred Japanese restaurant Endo at Rotunda, on the eighth floor of Television Centre’s Helios in White City, is worth waiting for. From May 24, third-generation sushi chef Endo Kazutoshi will start serving up his Omakase for groups of 16. The intimate restaurant has been decorated by the award-winning architect Kengo Kuma using 200-year-old Hinoki wood to make the sushi counter. The high ceiling has been filled with lighting covered in paper clouds.

Selfridges’ dazzling Art Deco style Brasserie of Light reopened on May 17 with a new cocktail menu, limited-edition afternoon tea, and a weekly DJ program. Created by Brasserie of Light’s bar manager Will Beatty, each drink is inspired by the thrill and glamour of London after dark. Some things haven’t changed, however. The restaurant’s crown jewel, the crystal-encrusted “Pegasus” by Damien Hirst, looks just as shiny as when it was unveiled in 2018.

The only Chinese restaurant with two Michelin stars outside of Asia, A.Wong reopened Tuesday with new dishes and drinks that chef Andrew Wong and the team have been developing during lockdown. Additions include the Hunan-style steamed cod cheek on the bone with salted chilli, ginger and coriander, and toasted sweet potato with salted black bean sauce, black tapioca, and licorice soy butter.

Sexy Fish on Mayfair’s Berkeley Square is marking its reopening with a lineup of offbeat entertainment, including contortionists and dancers, alongside DJs, percussionists and saxophonists. The swanky Asian-inspired restaurant offers a wide range of luxury bits, such as Waygu Gunkan sushi with truffle, lobster tempura, and king crab with bone marrow. 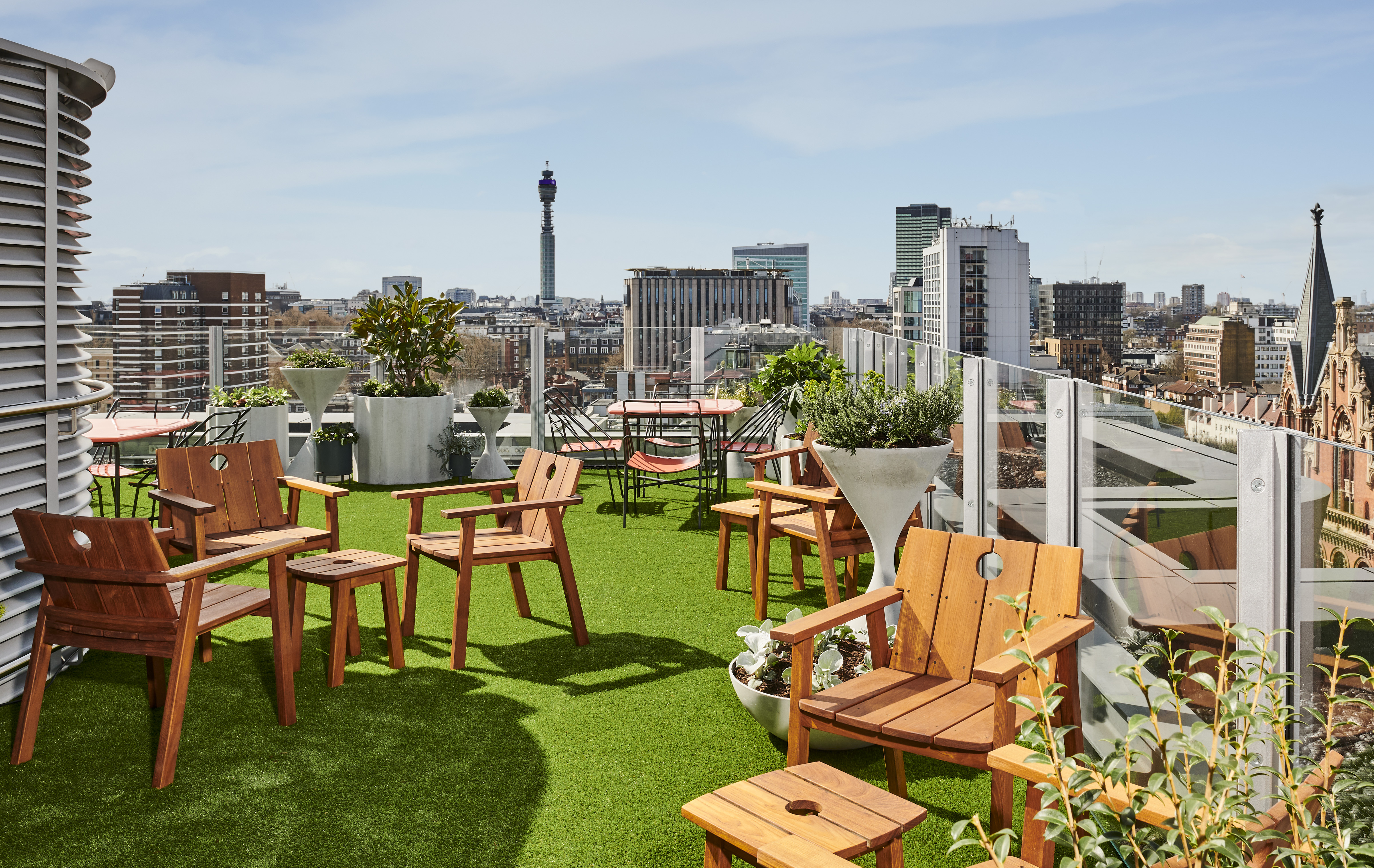 The new rooftop bar at The Standard London. Courtesy

One of the most talked-about hotels in London pre-pandemic, The Standard sits opposite St. Pancras International train station. The hotel has transformed its rooftop, which used to serve as a smoking area for partygoers, into a stylish open-air bar. Sitting above the 10th-floor Spanish Mexican fusion restaurant Decimo, the bar comes with an unparalleled view of the London skyline, stretching from Canary Wharf to Hampstead Heath’s Parliament Hill.