Who doesn’t love watching a highly regarded film? In honor of the 93rd Annual Academy Awards on April 25, 2021, Wonderwall.com is taking a look at where to stream past Oscar winners… starting with this 2003 best picture winner… Adapted from the Broadway musical of the same name, “Chicago” tells the story of Billy Flynn (Richard Gere), a sly Midwestern defense attorney who takes on the cases of two women accused of murder — nightclub performer Velma Kelly (Catherine Zeta-Jones) and Roxie Hart (Renee Zellweger) — both of whom garner widespread attention and celebrity for their headline-making crimes of passion. Catherine also earned the award for best supporting actress that year. Stream it on Hulu, Sling TV, Starz and Amazon Prime Video.

RELATED: Stars at their earliest Oscars

1961 best picture, best director and best original screenplay winner “The Apartment” stars Jack Lemmon as C.C. Baxter, an insurance employee in Manhattan who lets corporate bosses use his Upper West Side apartment for their extramarital affairs. However, when Baxter agrees to let his manager stay at the apartment in exchange for a promotion, he learns that the man’s mistress is Fran Kubelik (Shirley MacLaine), a woman he likes. As the affair continues, Baxter finds himself at a crossroads — follow through with the agreement as a means of maintaining his newly appointed position, or give it all up for the woman he loves.

RELATED: Stars who got fired from major projects

Written by Charlie Kaufman and directed by Michel Gondry, 2004’s “Eternal Sunshine of the Spotless Mind” is a sci-fi romance-drama that stars Kate Winslet (who earned a best actress Oscar for her work) as Clementine and Jim Carrey as her ex-boyfriend Joel. After finding out that Clementine underwent a procedure to erase her memories of their time together, Joel decides to have the same procedure done — but as his recollection of their relationship begins to fade, he attempts to find a way to salvage and hide the memories he has left. The film, which was praised for its exceptional writing and won a best original screenplay Oscar, explores love and loss and the difficulties of trying to move on from it all.

RELATED: Movies with the best soundtracks

In “The Curious Case of Benjamin Button,” Brad Pitt stars as the titular man who’s born elderly and ages in reverse. At 12, Benjamin ends up meeting Daisy (Cate Blanchett), a dancer whose sporadic presence in his peculiar life keeps him going. In 2009, the David Fincher-directed drama earned Oscars for best production design, best visual effects and best makeup and hairstyling.

In 2013’s “Her,” which earned the Academy Award for best original screenplay, Joaquin Phoenix stars as recently divorced and heartbroken personal letter writer Thedore, who strikes up a relationship with an intuitive operating system named “Samantha” (Scarlett Johansson). As the pair continues to spend more time getting to know one another, their playful friendship soon develops into something much more.

“Little Miss Sunshine,” which won for best original screenplay at the 2007 Academy Awards, follows the dysfunctional Hoover family (Greg Kinnear, Toni Collette, Steve Carell, Paul Dano and best supporting actor winner Alan Arkin) as they road trip to California in support of daughter Olive’s participation in the Little Miss Sunshine contest. Of course, as any large family can attest to, it’s only a matter of time before everyone gets on each other’s nerves.

Based on Emma Donoghue’s 2010 novel of the same name, “Room” chronicles the lives of a mother (Brie Larson) and son (Jacob Tremblay) who, after long being held captive, are finally freed and must reintegrate into the outside world. Brie took home the 2016 Academy Award for best actress for her performance in the film.

The epic James Cameron romance-disaster movie “Titanic” takes place on the doomed R.M.S. Titanic — the most extravagant ocean liner of her time — which set sail on its maiden voyage on April 10, 1912, traveling on a course from England to New York City. The film chronicles the forbidden love between wealthy Rose DeWitt Bukater (Kate Winslet) and lower class passenger Jack Dawson (Leonardo DiCaprio), whose future together is jeopardized after the ship collides with an iceberg. In 1998, “Titanic” took home 11 Academy Awards including best picture, best director, best original score and best cinematography, making it one of the most winning Oscar films to date.

Bong Joon-ho’s “Parasite” explores the growing divide between two families that occupy opposite ends of the class system — the privileged Park clan and the impoverished Kim family. Over time, each member of the Kim family manages to find a way to integrate themselves as working members of the Park household, whose members seems to be entirely oblivious to their wealth. The South Korean movie made history as the first non-English language film to earn a best picture Oscar. At the 2020 Academy Awards, “Parasite” also took home best director, best original screenplay and best international feature film honors.

Written and directed by Noah Baumbach, “Marriage Story” chronicles the complexities of a cross-country divorce playing out between two impassioned creatives — a successful theater director (Adam Driver) and a struggling actress (Scarlett Johansson). At the 2020 ceremony, Laura Dern, who portrays charismatic and ruthless attorney Nora Fanshaw, earned the Oscar for best supporting actress for her work in the divorce drama.

“West Side Story,” which was deemed a modern-day version of “Romeo and Juliet,” follows two street gangs in the ’50s that are feuding over control of a New York City neighborhood. Circumstances get more complicated, however, when two teens from rival gangs fall in love with one another. The Broadway musical adaptation earned 10 trophies at the 34th Academy Awards in 1962 including best picture, best director and best supporting actress for Rita Moreno.

Filmmaker James Mangold’s “Girl, Interrupted,” which takes place in the ’60s, tells the real-life story of Susanna Kaysen (Winona Ryder), a woman who ends up in a mental institution and is forced to decide whether or not she can accept her place there — like the charismatic and sociopathic Lisa (Angelina Jolie) — or if she’ll fight to rejoin society on the outside. At the ceremony in 2000, Angelina earned the Oscar for best supporting actress for her work in the film.

Based on the James Baldwin’s 1974 novel of the same name, “If Beale Street Could Talk,” which was written and directed by Barry Jenkins, takes place in Harlem in the ’70s and chronicles the tragic lives of soon-to-be married lovers Tish (KikI Layne) and Fonny (Stephan James). As they prepare to build a future together, their lives are viciously turned upside down when Fonny is accused of and arrested for a crime he didn’t commit. For her performance in the drama, Regina King earned an Academy Award for best supporting actress in 2019.

Greta Gerwig’s 2019 adaptation of Louisa May Alcott’s classic tale “Little Women” chronicles the lives of the March sisters as they come of age. The film stars Saoirse Ronan as Jo March, the headstrong and independent daughter of the family who plans to make a living as a writer, no matter the cost. The darling telling, which earned six nominations including best picture, best actress for Saoirse and best adapted screenplay, took home the honor for best costume design at the 2020 Academy Awards.

Set in 2001, 2016 best picture and best original screenplay winner “Spotlight” — which stars Mark Ruffalo, Michael Keaton, Rachel McAdams, Liev Schreiber, John Slattery and Stanley Tucci — follows the experiences of a team of journalists at The Boston Globe looking into allegations made against John Geoghan, a priest accused of multiple accounts of molestation. The reporters do everything in their power to expose the Roman Catholic Church for long covering up its history of sexual abuse.

Led by Ryan Gosling and Emma Stone, Damien Chazelle’s “La La Land” tells the love story between Sebastian and Mia, a struggling jazz musician and actress whose creative passions bring them together romantically. Of course as their careers begin to lead them down separate paths, they’re forced to decide whether to follow their individual dreams or forego it all to stay together. At the 2017 Oscars, “La La Land” took home six awards including best actress for Emma, best director for Damien and best original score.

“Silver Linings Playbook” follows the life of Pat Solitano (Bradley Cooper), a teacher who lost his job and was sent to a mental institution after viciously attacking a fellow faculty member who’d been having an affair with his wife. Upon being released, Pat meets Tiffany (Jennifer Lawrence), a widow who vows to help him reconnect with his wife under one condition — that he become her dance partner for an upcoming competition. The romantic drama based on Matthew Quick’s 2008 novel of the same name earned Jennifer a best actress Oscar at the 2013 Academy Awards.

Starring Marion Cotillard, “La Vie en rose” recounts the life of French singer Édith Piaf, from her exceptional rise to fame to her tumultuous personal issues that led to her eventual and tragic death at 47. Her starring portrayal of the late songstress in the biopic earned Marion the 2008 Academy Award for best actress.

1976’s “Rocky” — which was written by Sylvester Stallone, who also stars — chronicles the tumultuous life of unprivileged and uneducated Rocky Balboa, a struggling Philadelphia boxer who gets the chance to compete for the world heavyweight championship. The rags-to-riches film took home Oscars for best picture, best director and best film editing at the 1977 Academy Awards. 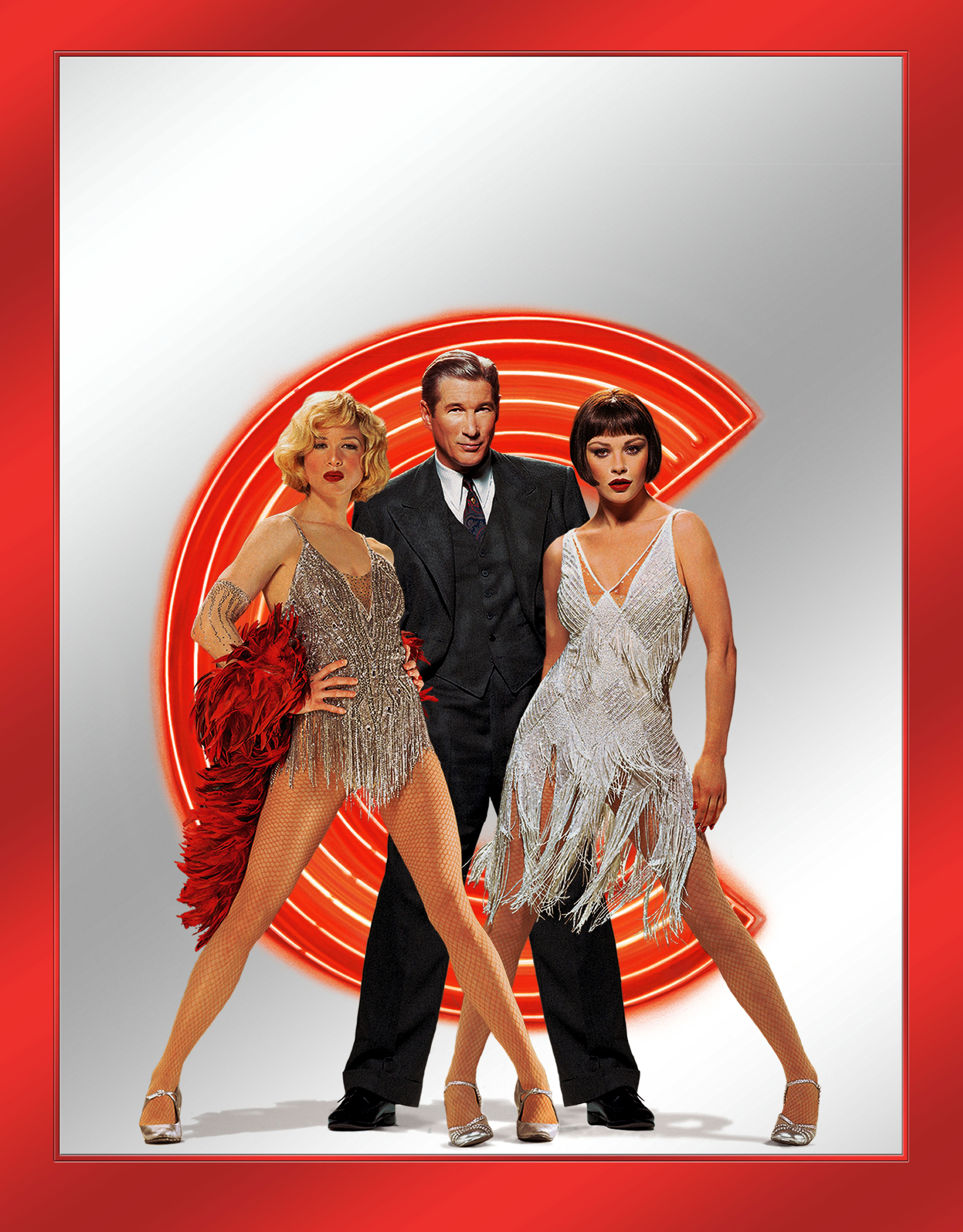 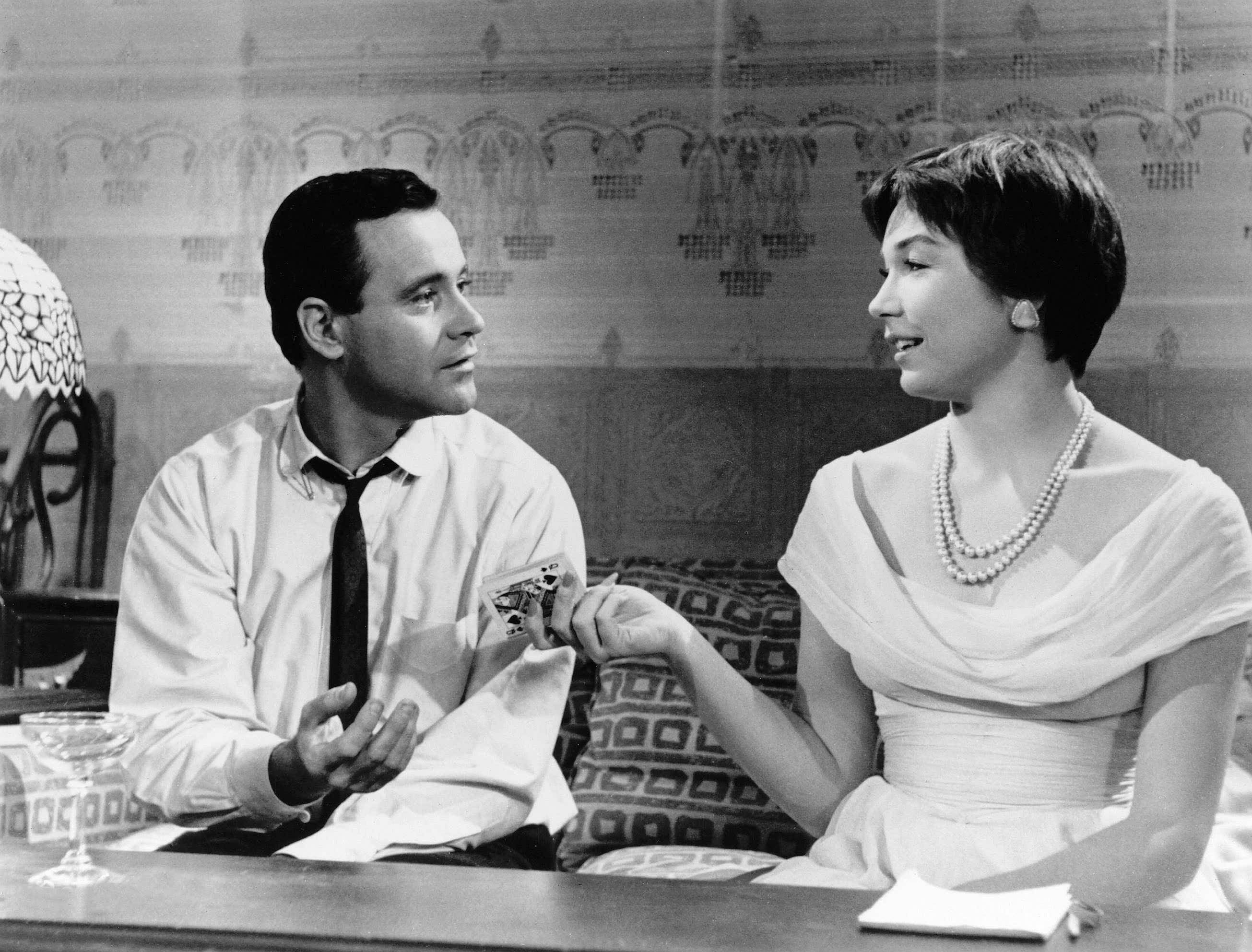 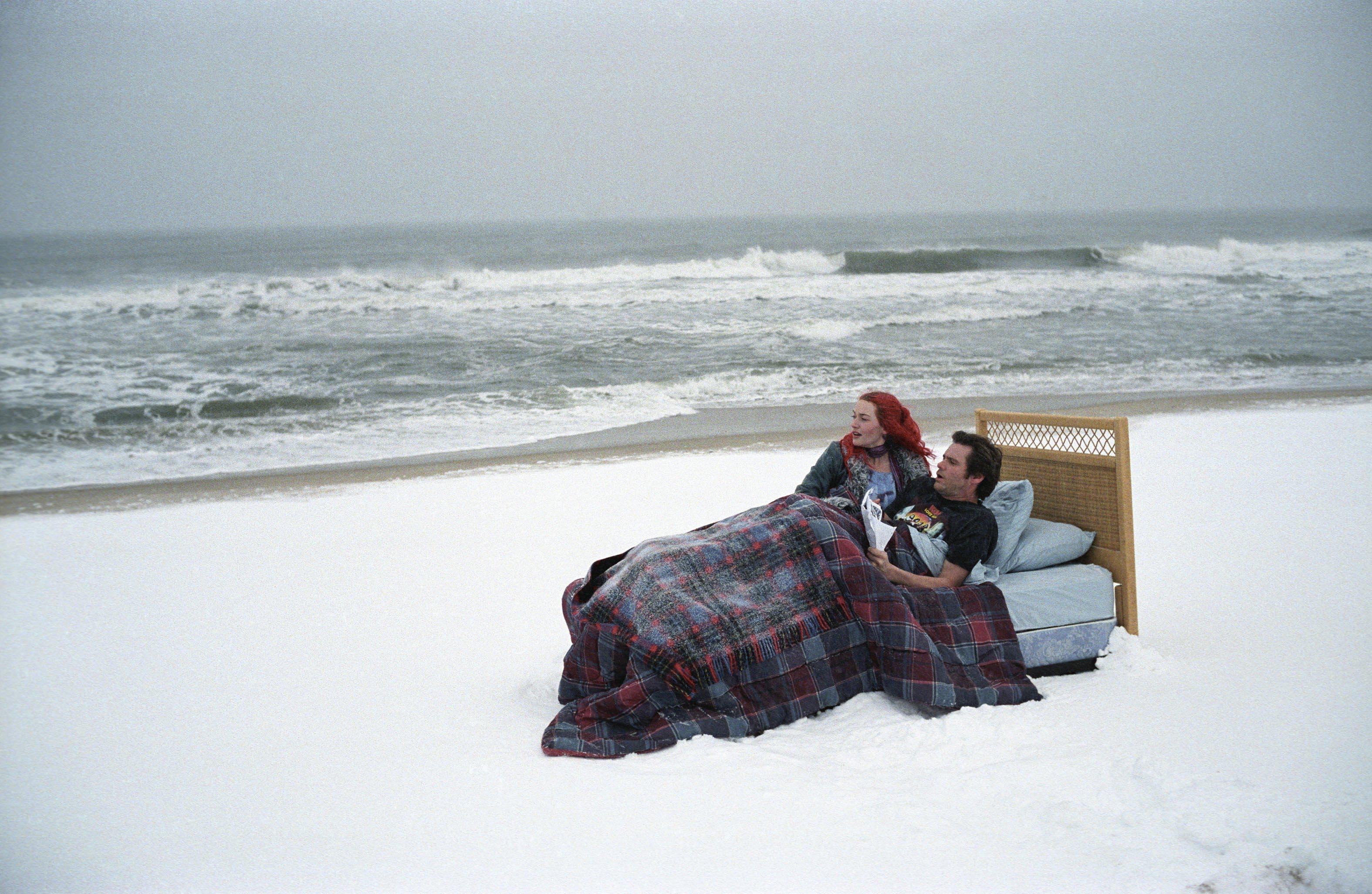 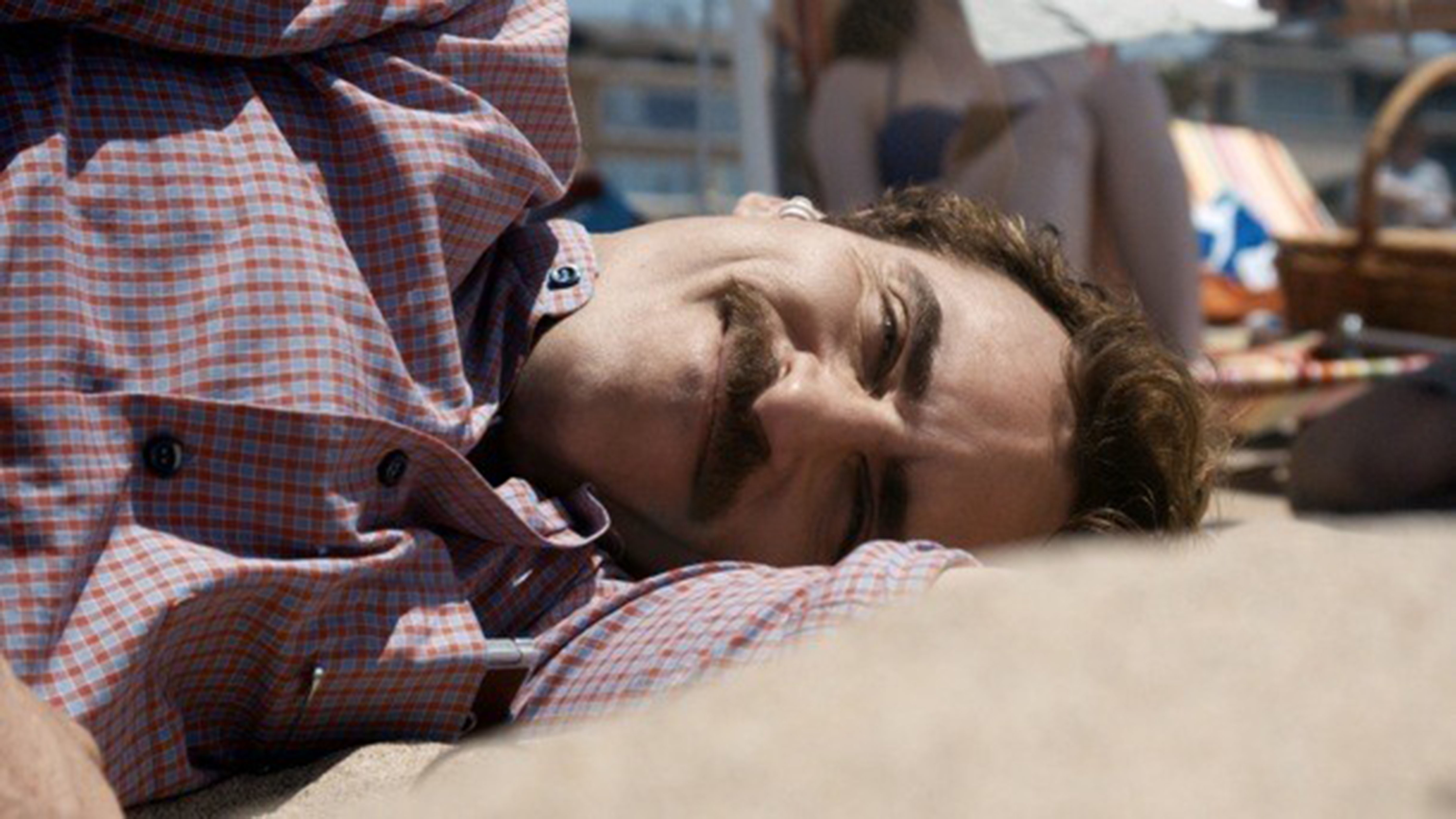 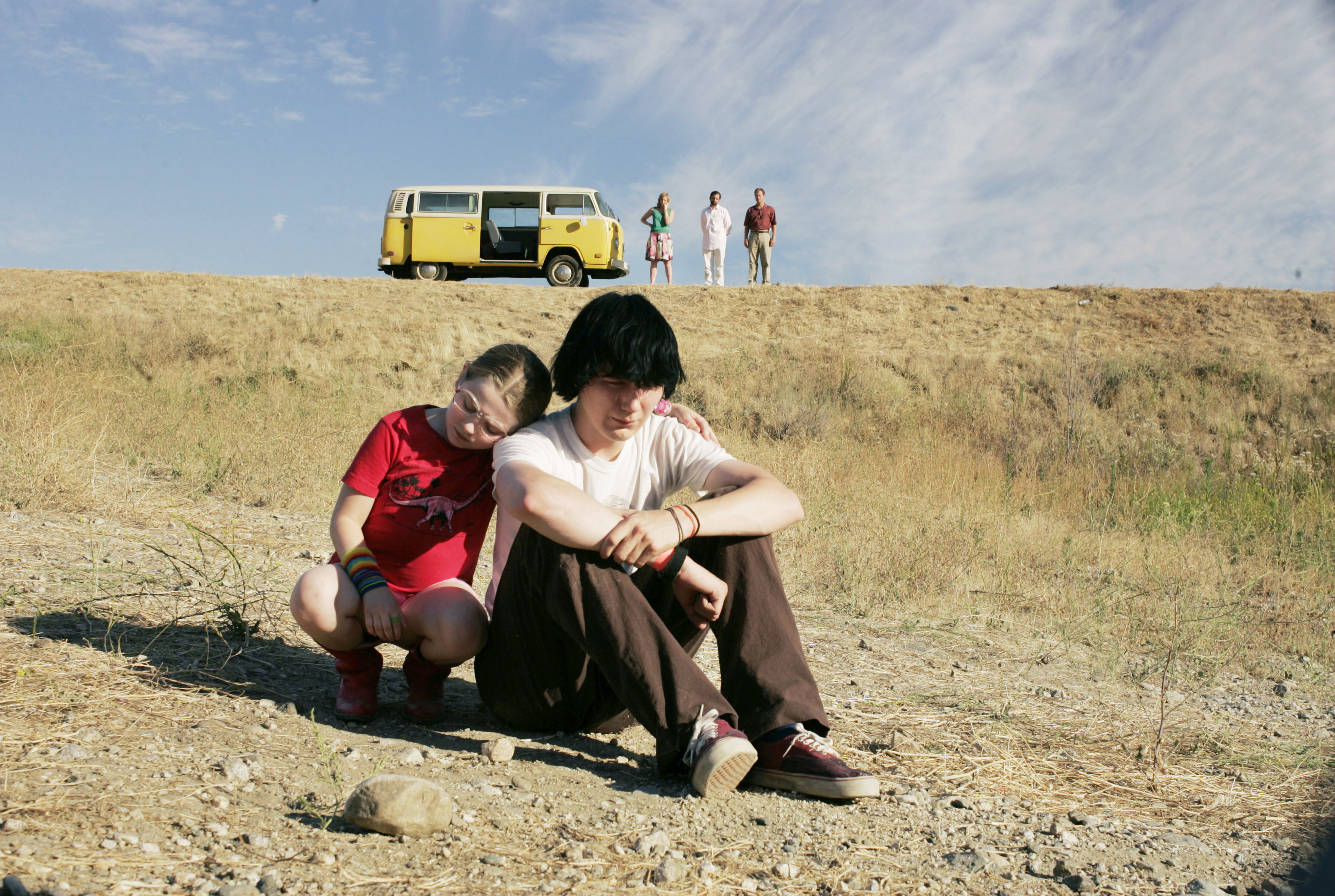 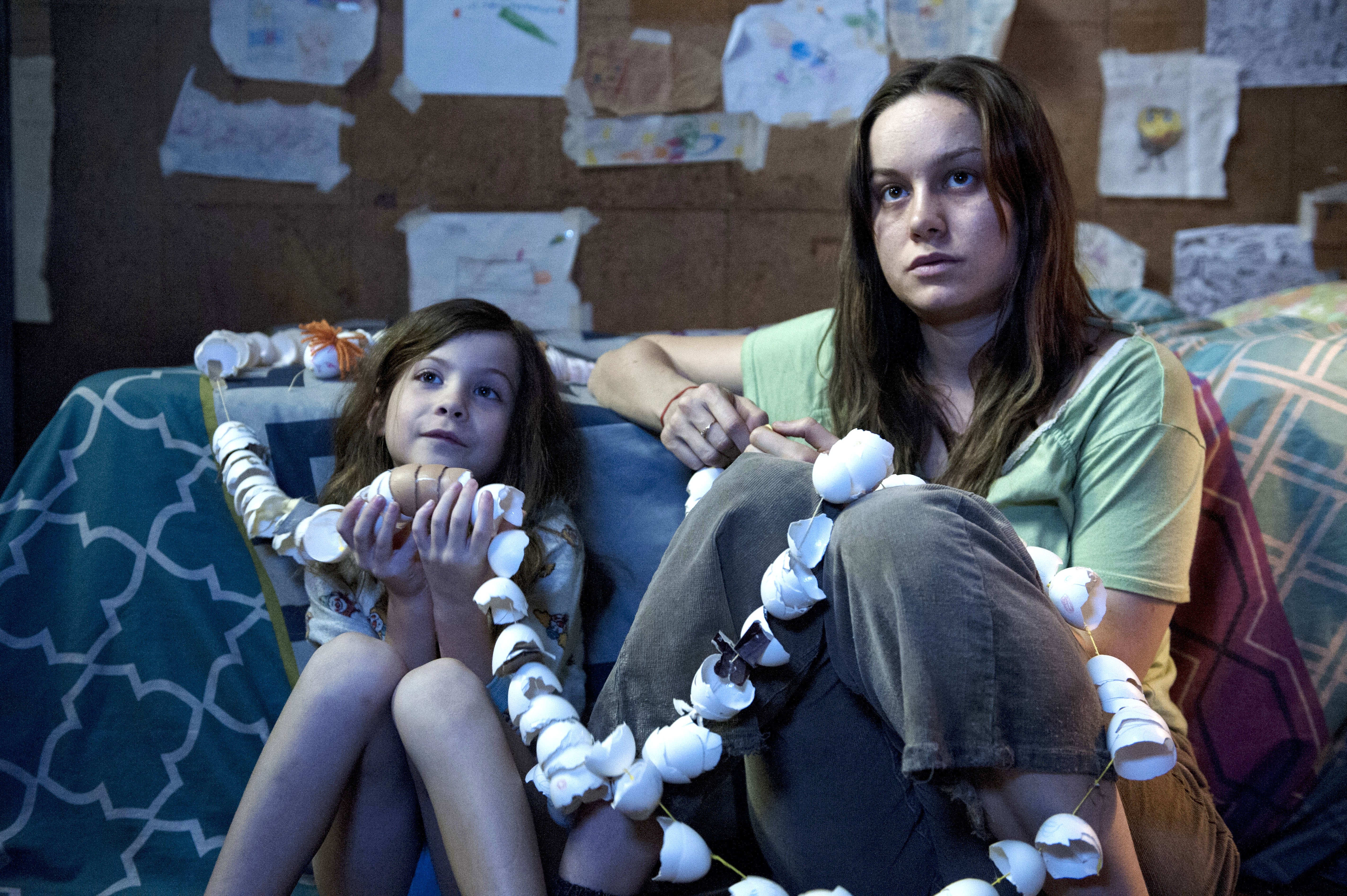 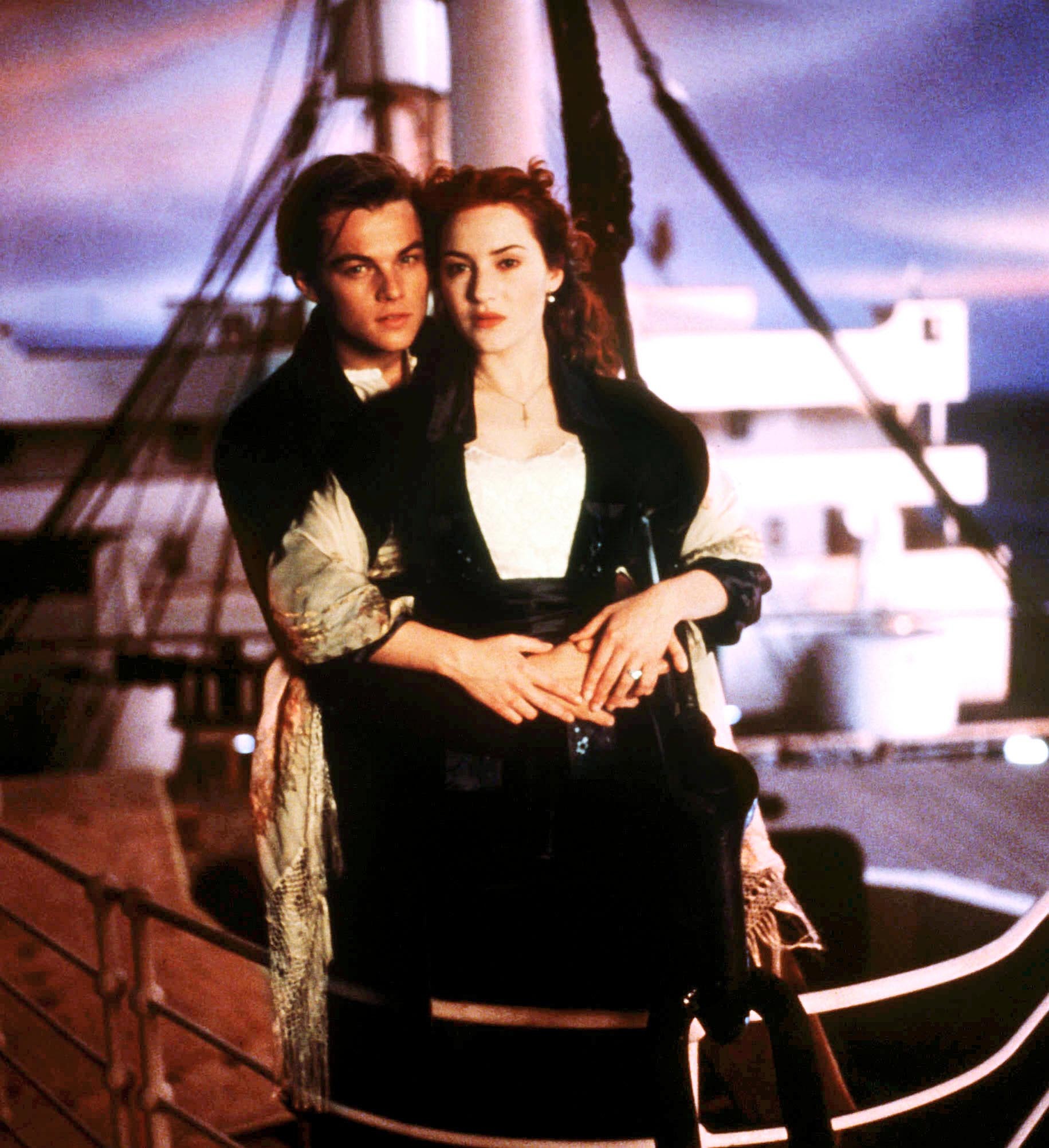 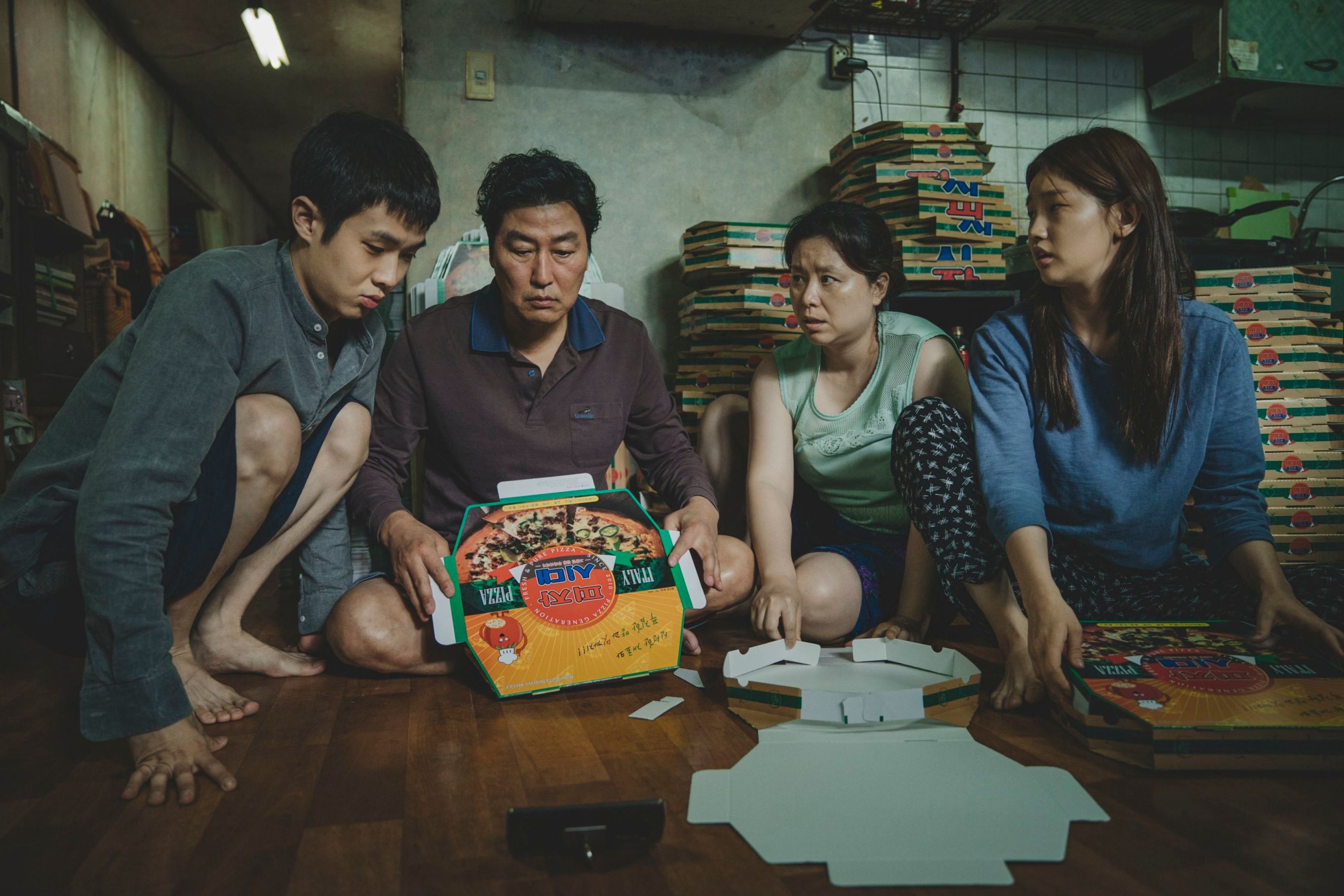 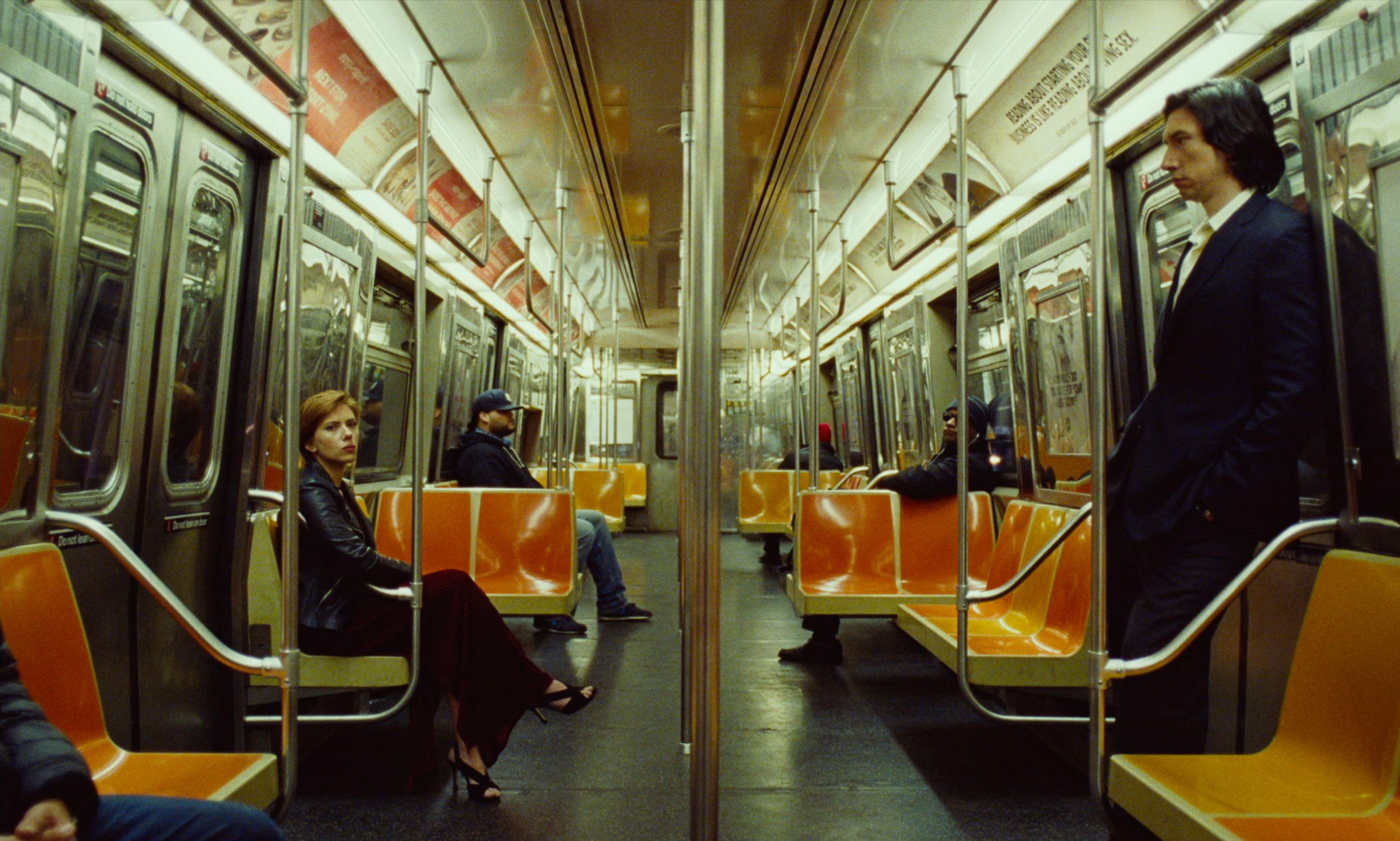 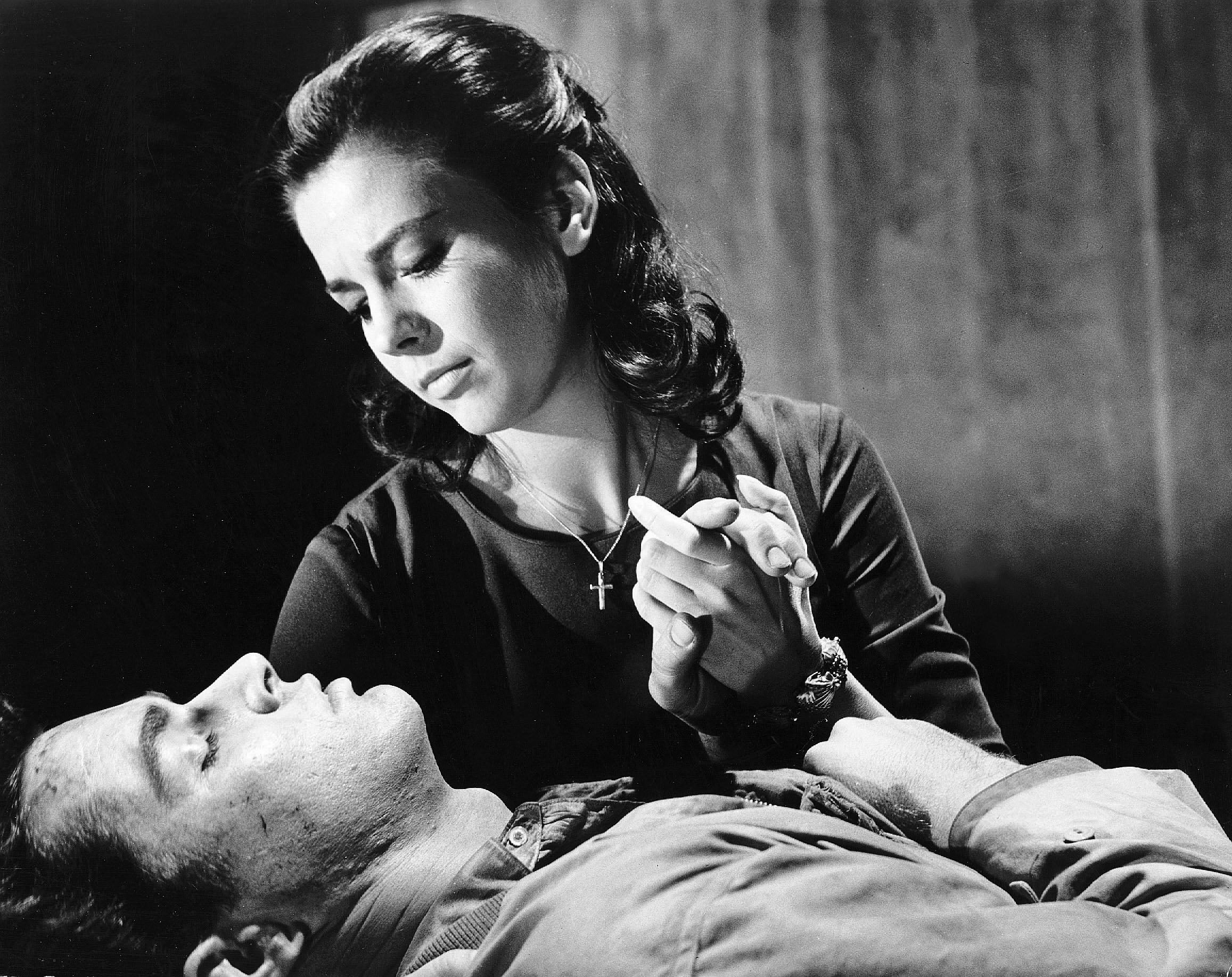 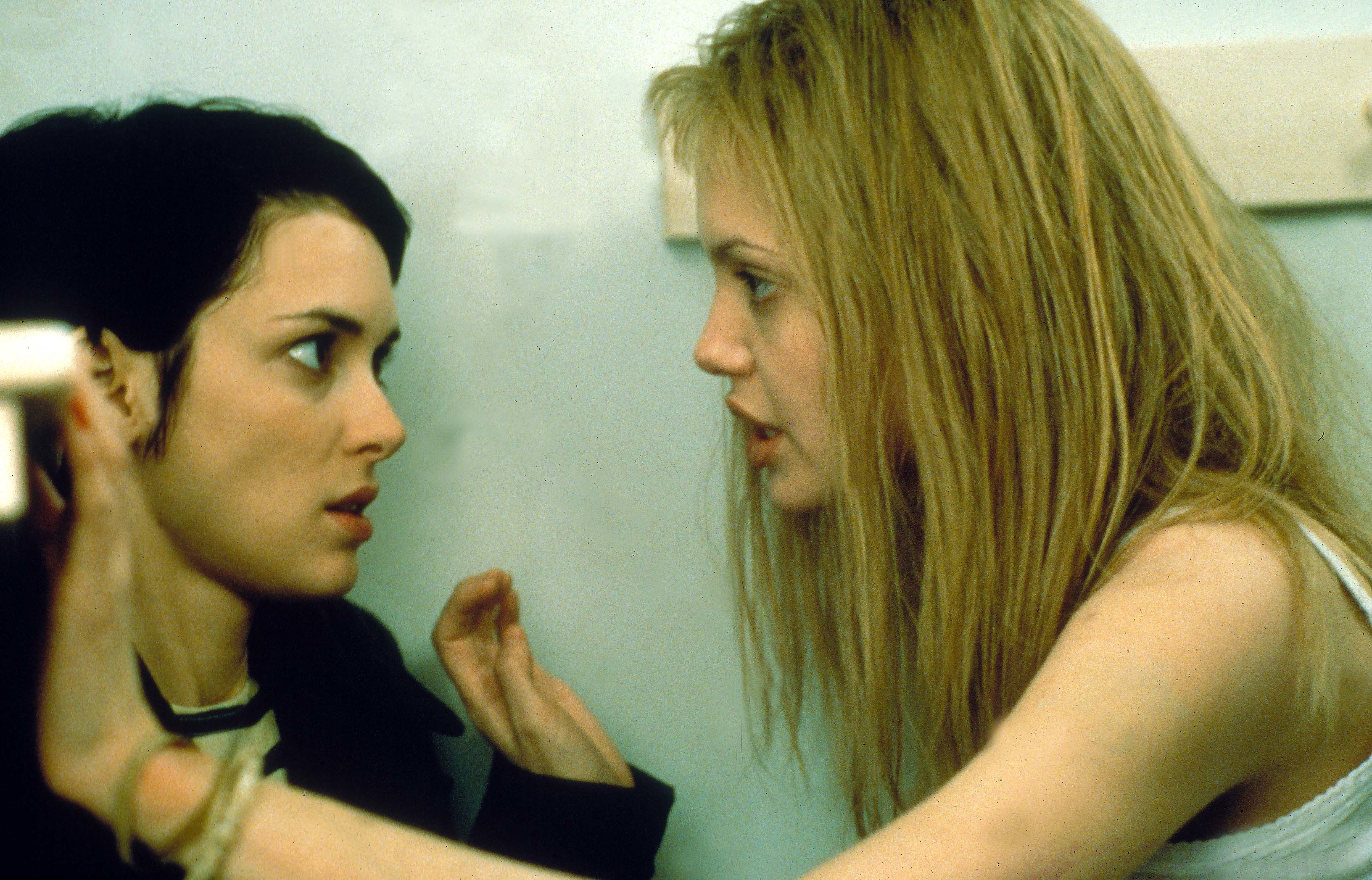 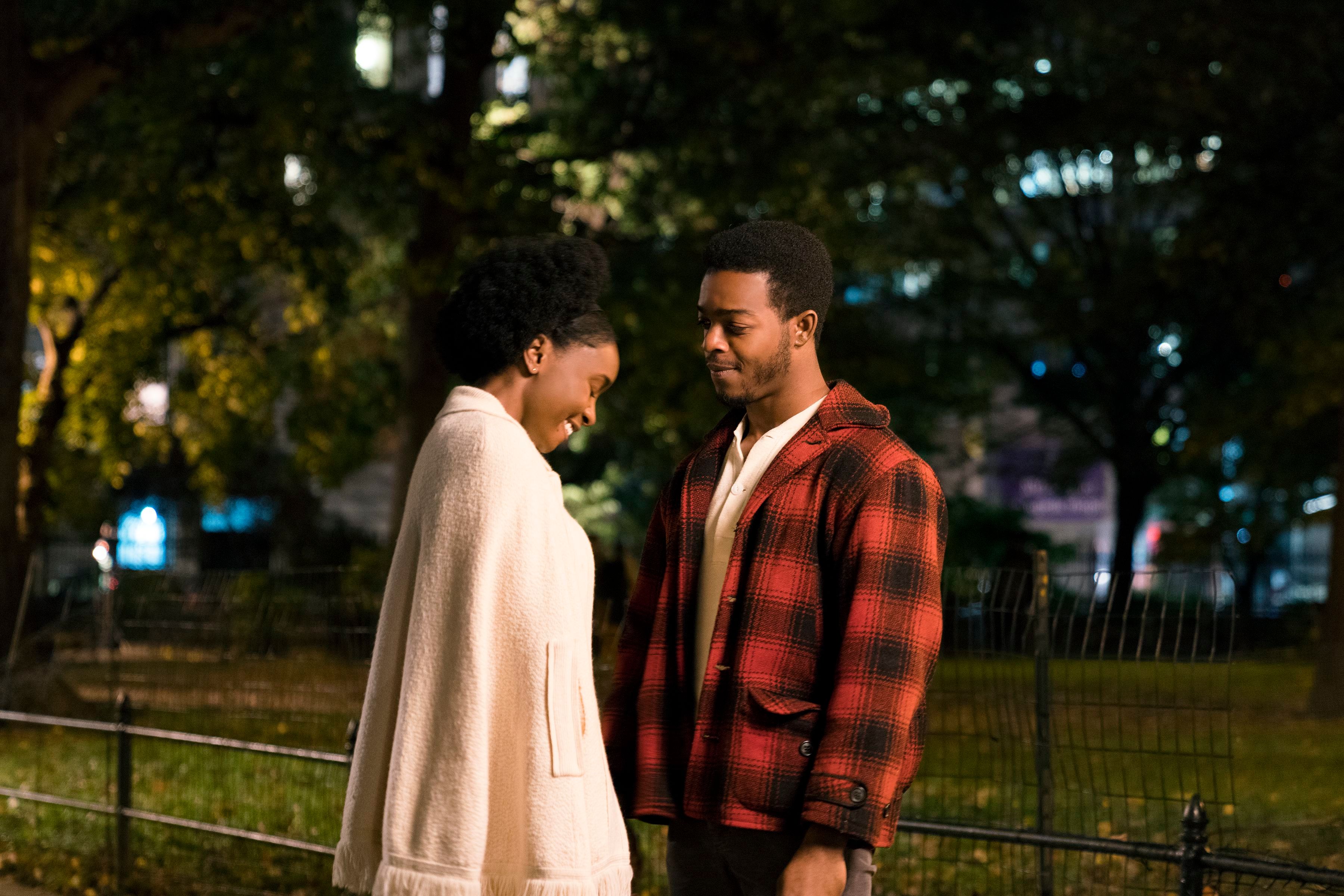 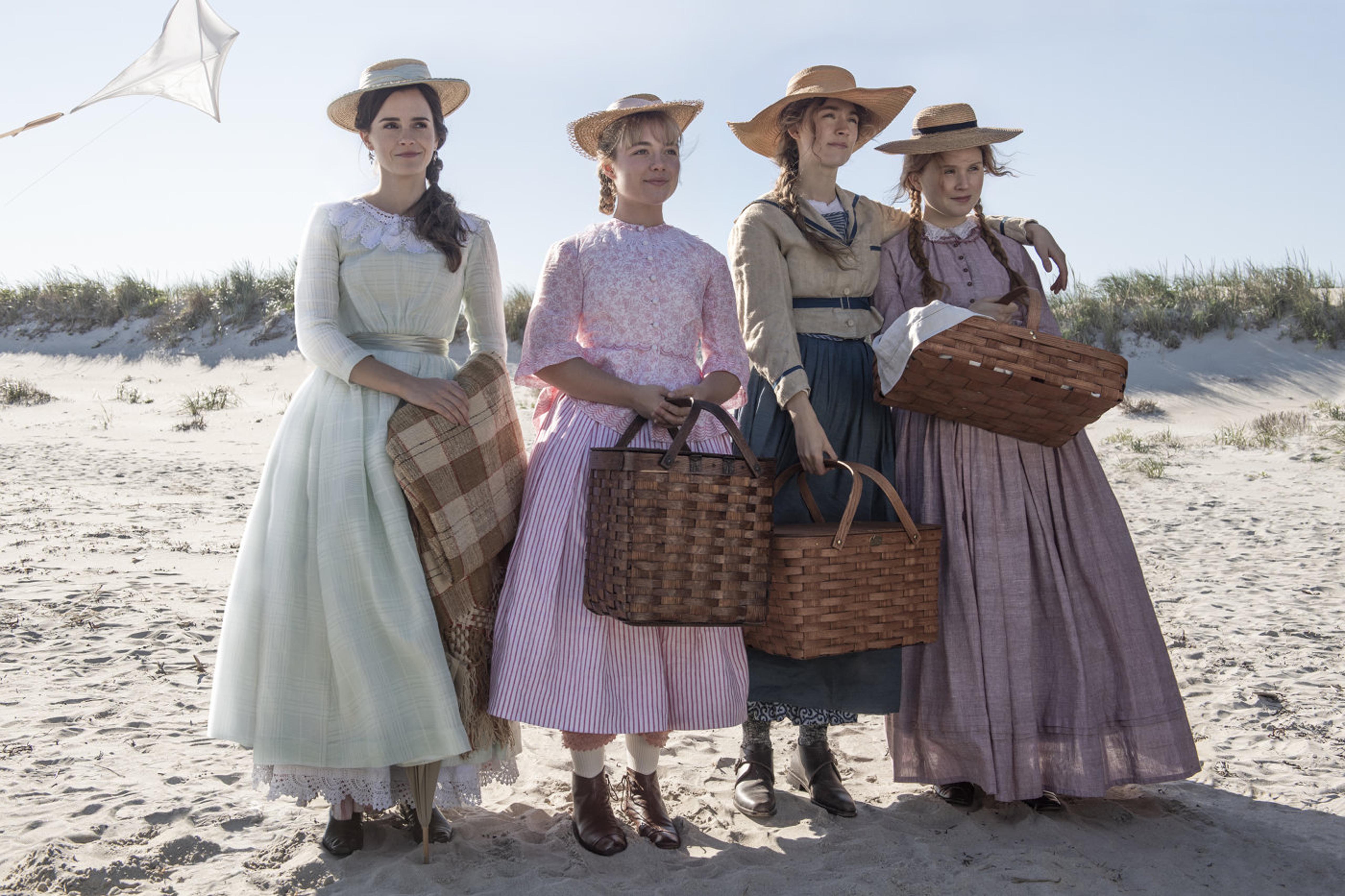 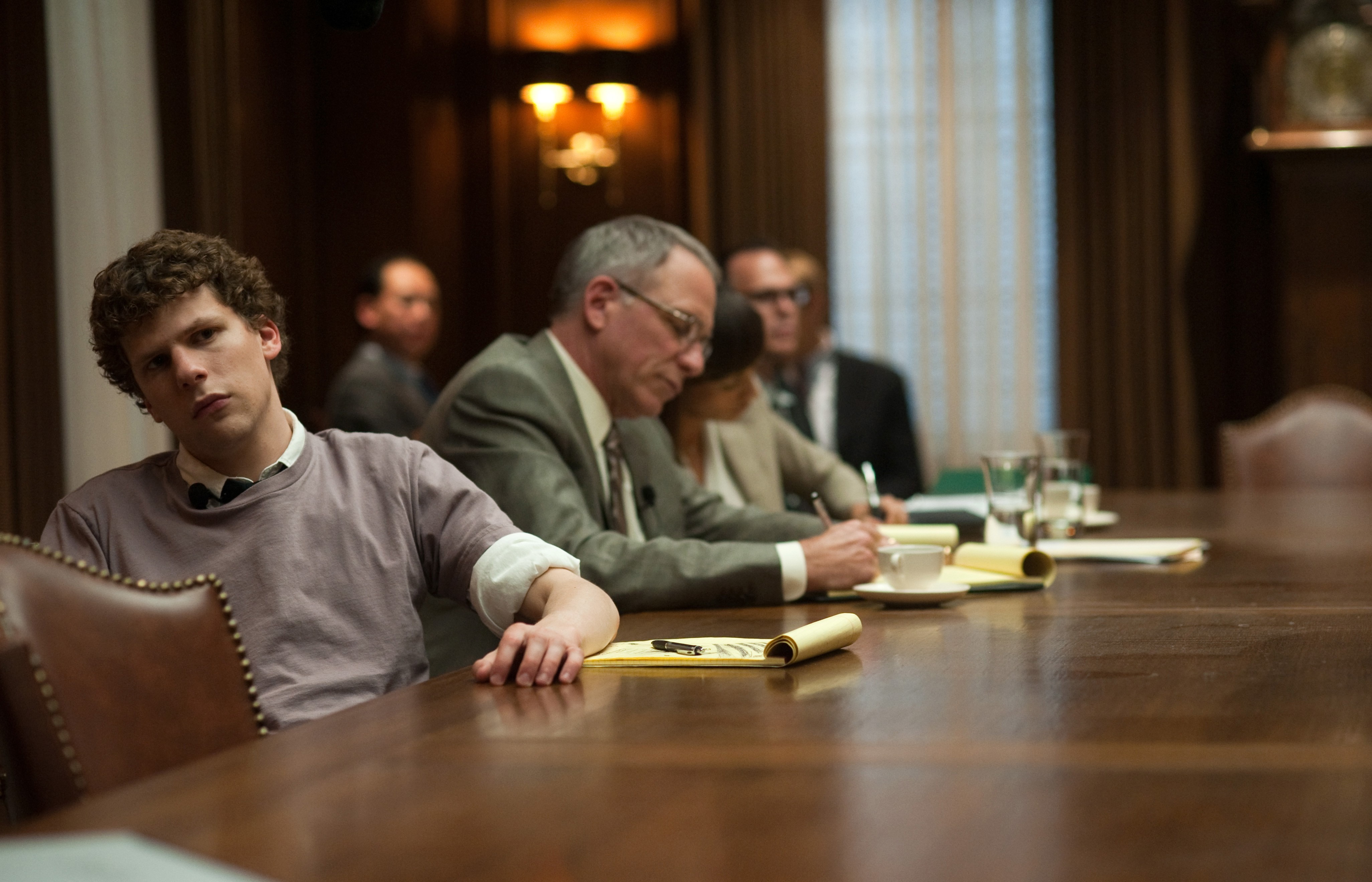 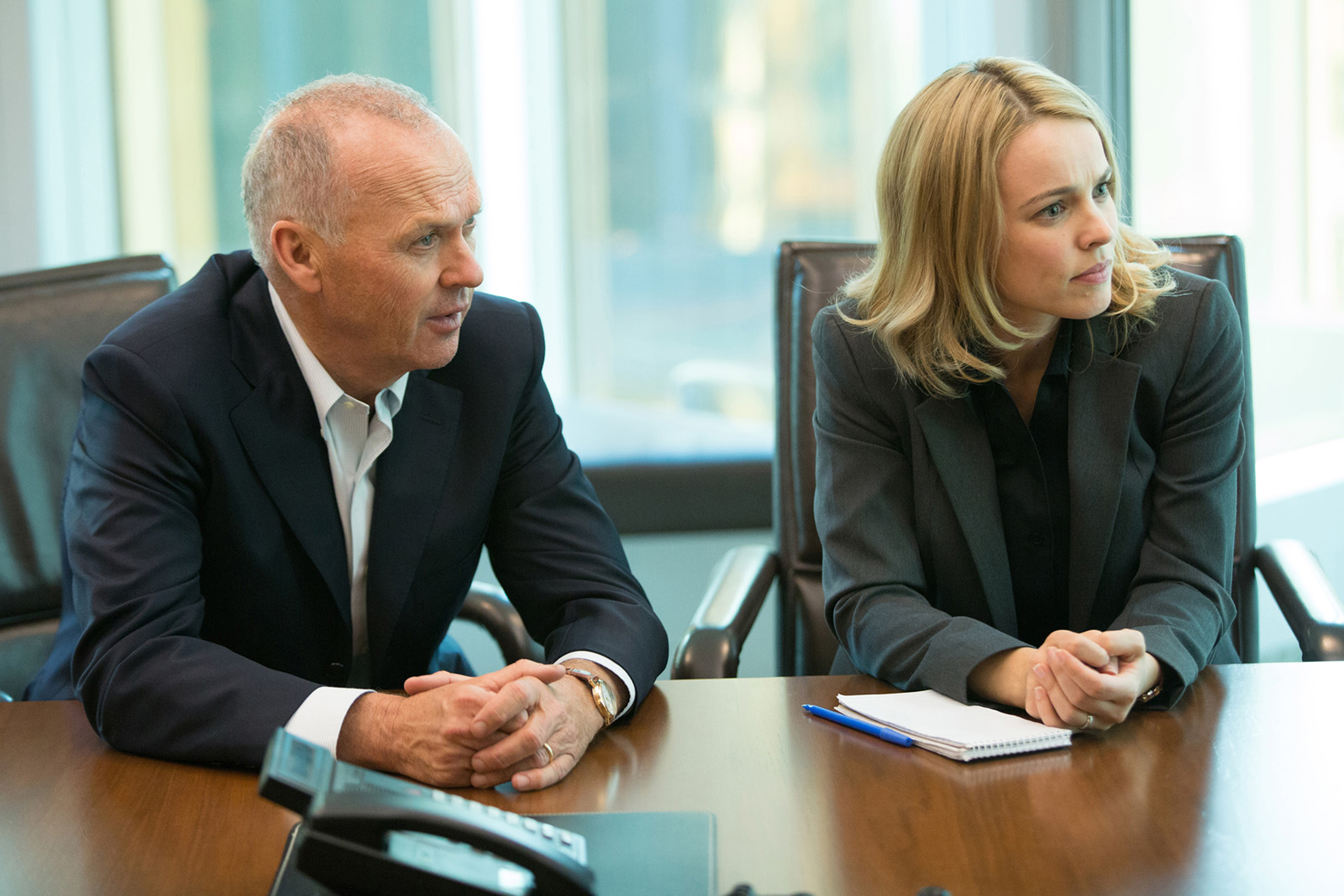 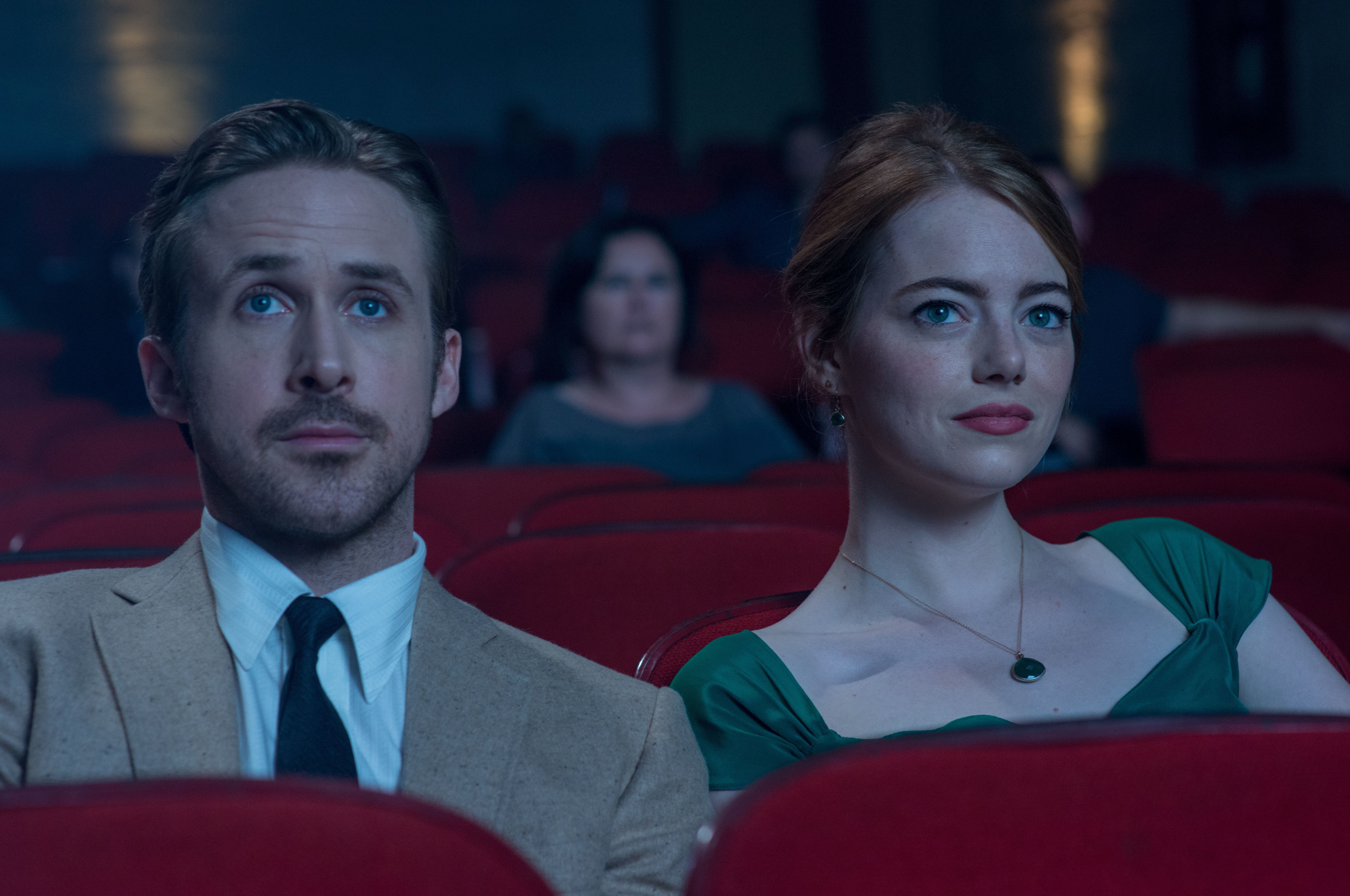 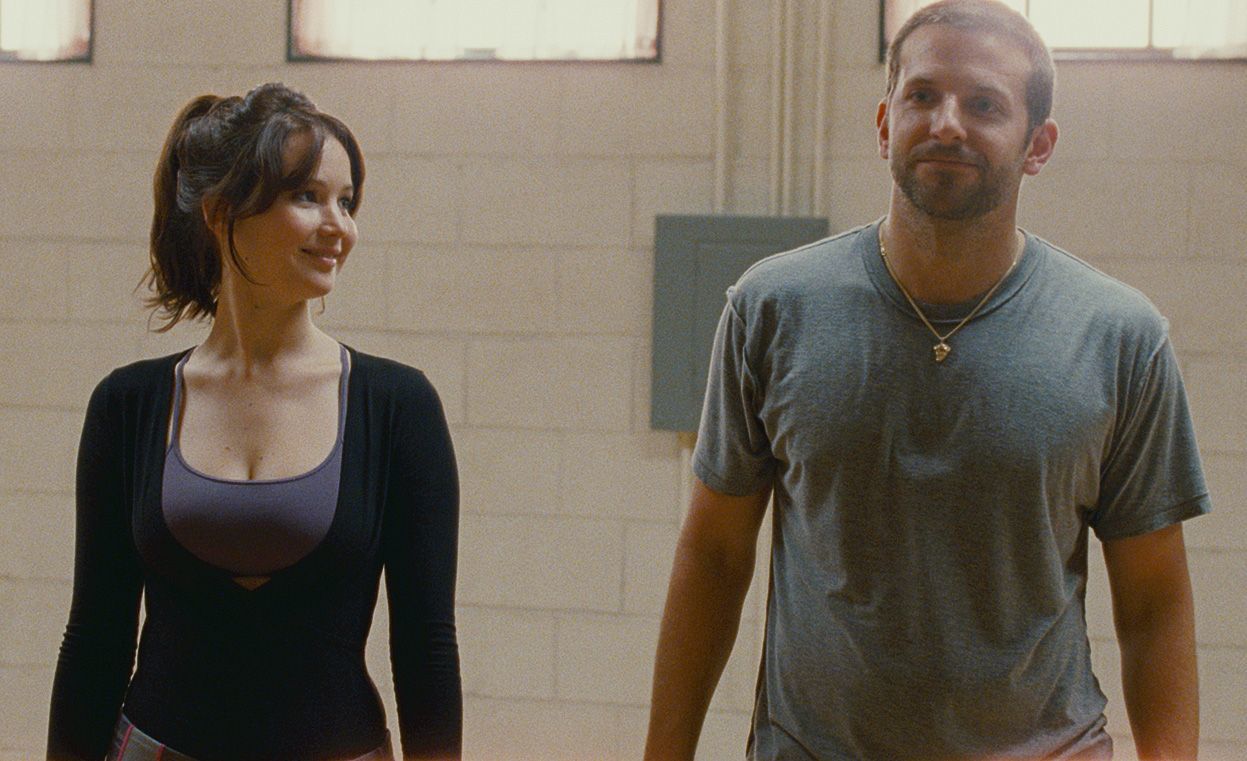 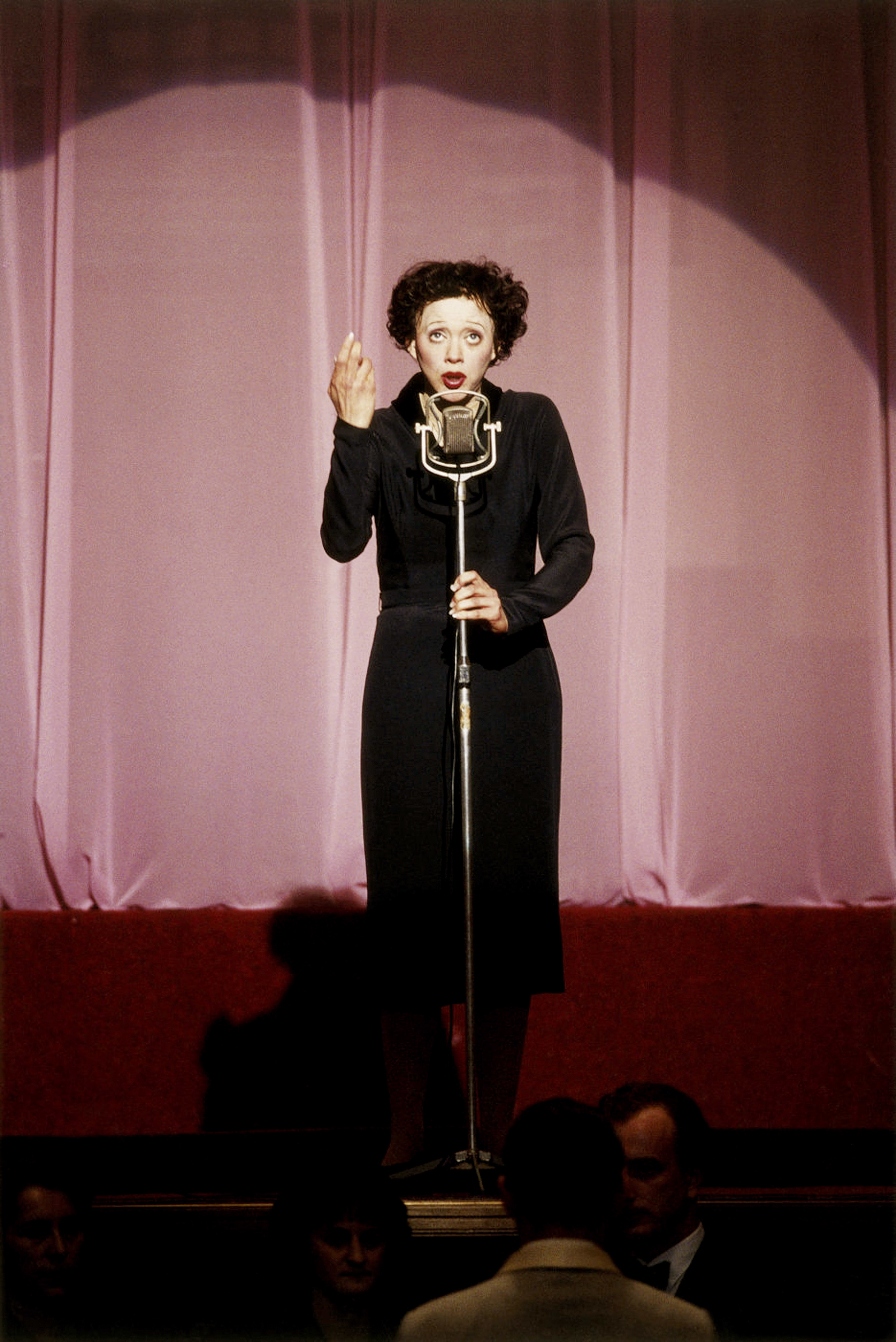 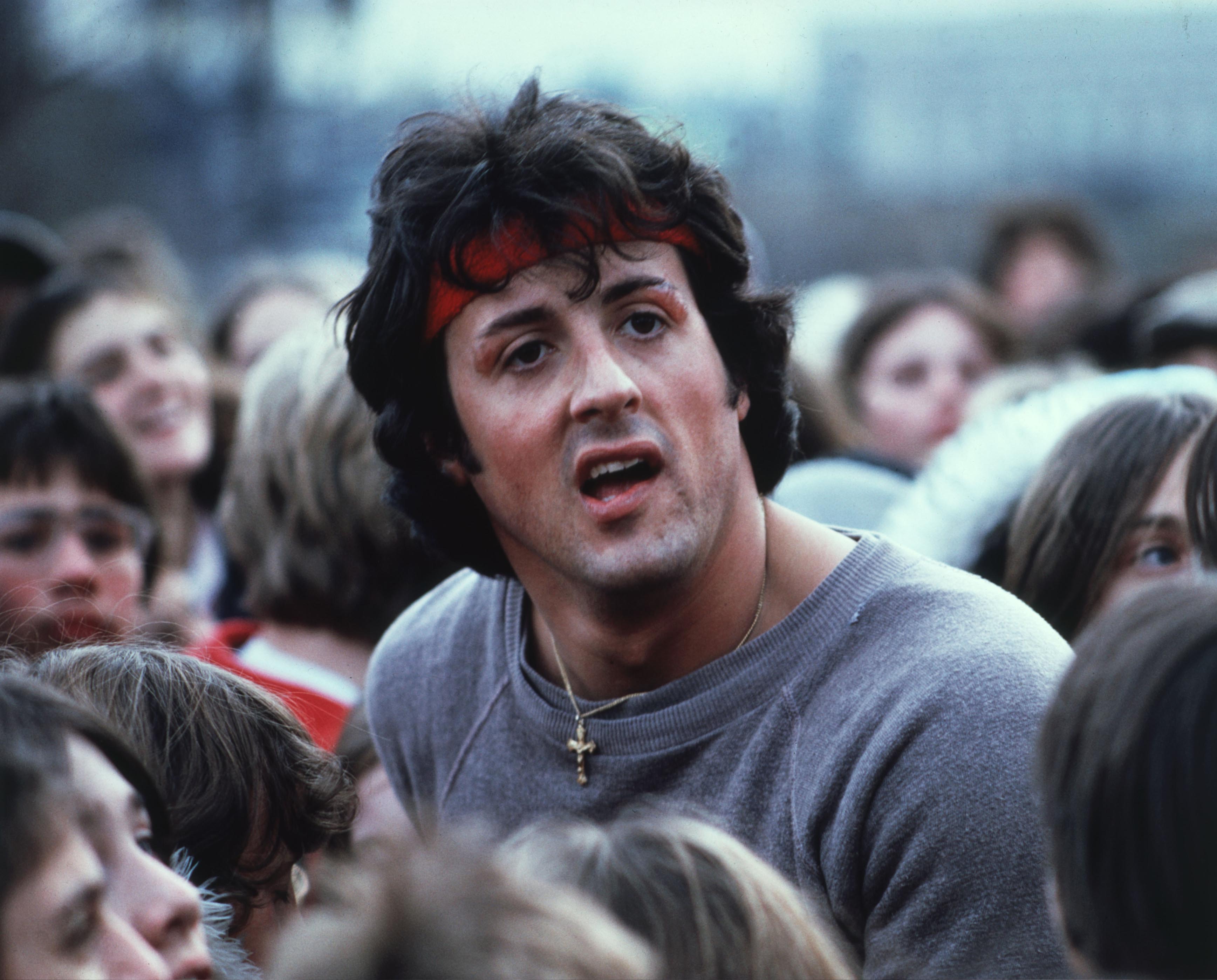 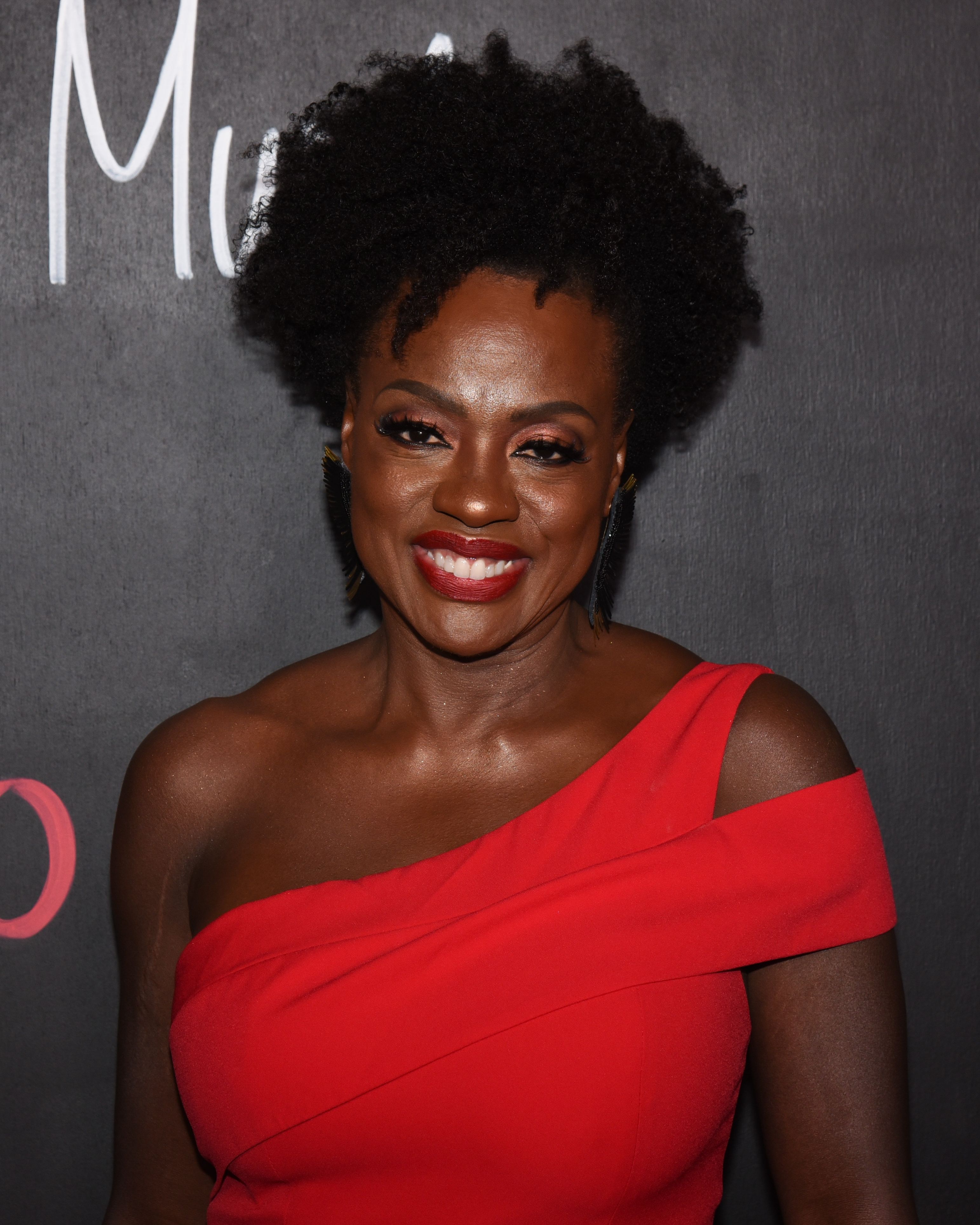