BINOD Thakur is a mysterious YouTuber who has no videos in his account and comments “Binod” under other videos.

The trend started after a YouTuber named Slayy Point brought attention to meaningless comments under videos and came across Binod's comment. 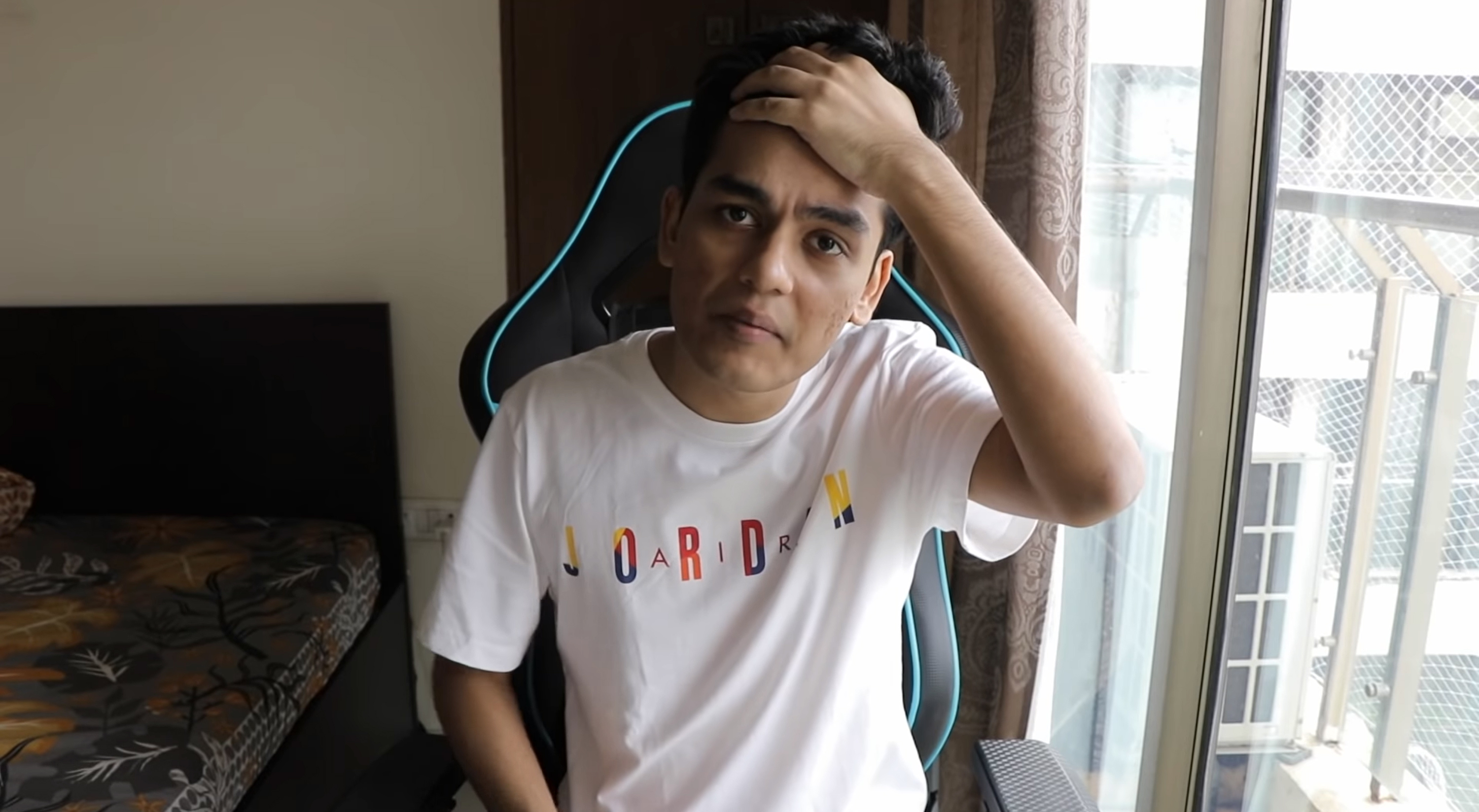 It got the attention of Netflix, Amazon Prime Video and Tinder India.

Here is more on Binod and how the internet persona originated.

Who is Binod Thakur?

Binod Thakur is allegedly a YouTuber with no videos posted who comments under other YouTube videos “Binod.” 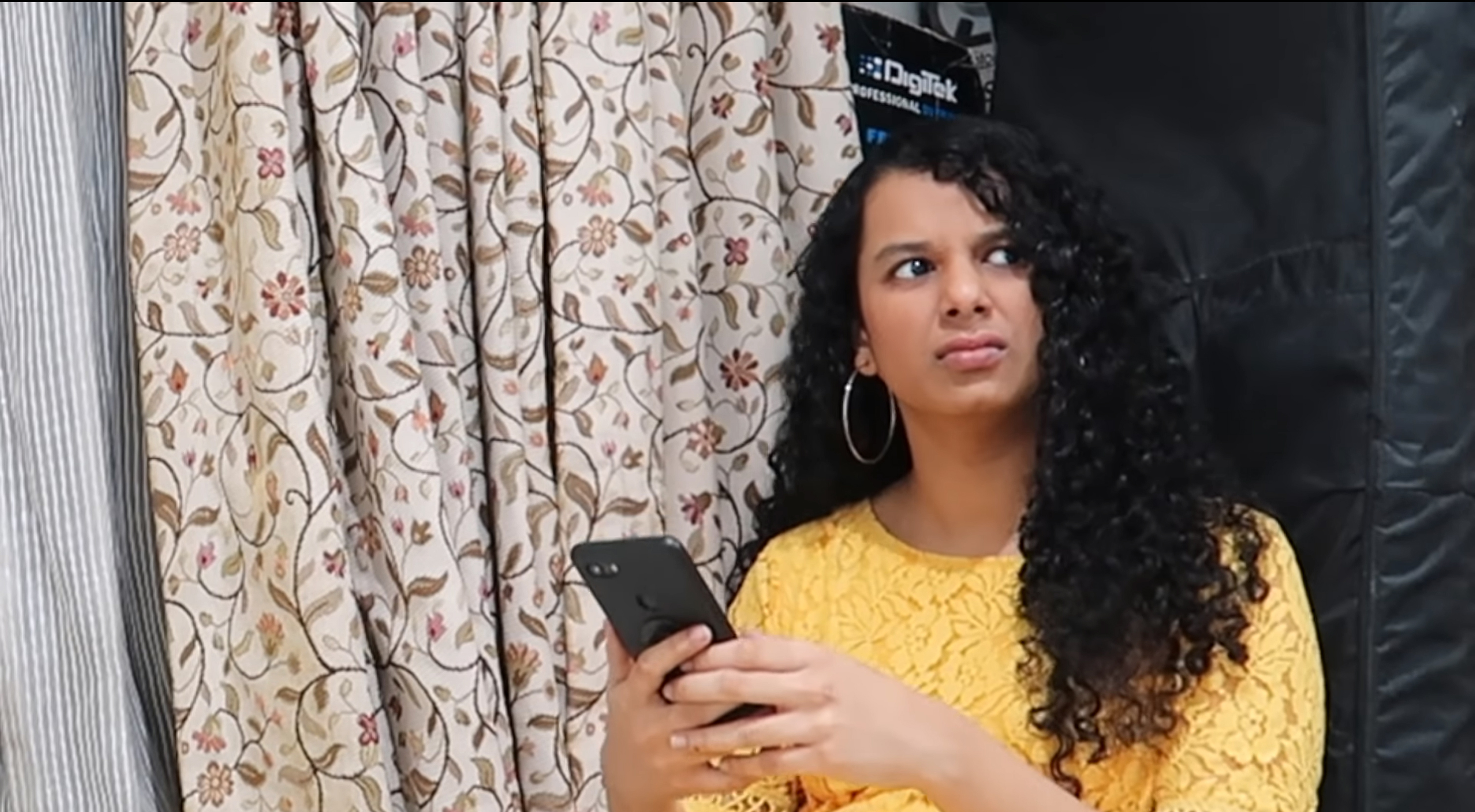 Why is he trending?

A YouTube channel who goes by the name Slayy Point with users Abhyudaya Mohan and Gautami Kawale made a video to roast random comments under videos.

While they were searching for the comments, they came across Binod’s comments under a related video. 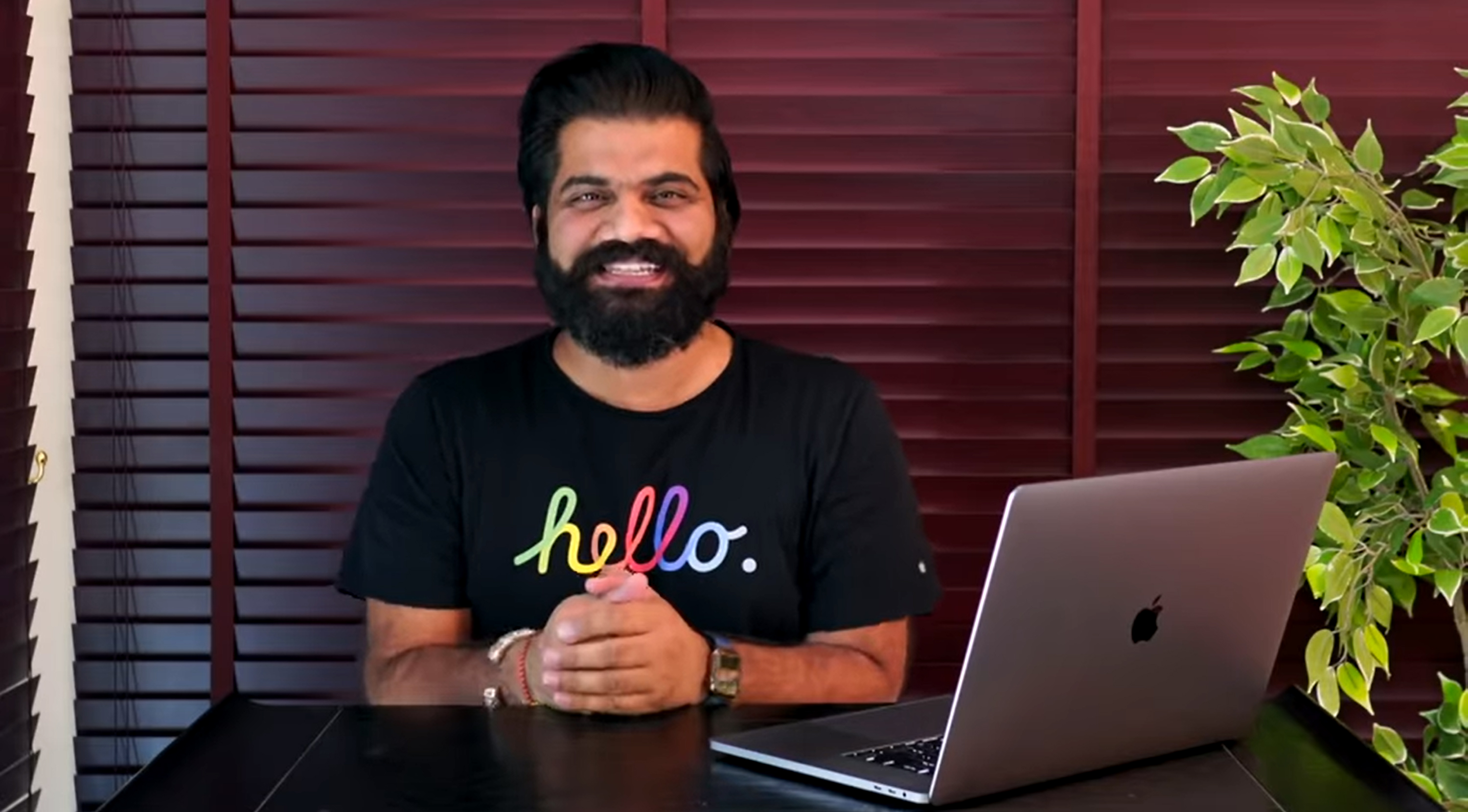 Because the trend became so popular, Netflix India and Amazon Prime Video began tweeting about it.

Users on Twitter were asking major companies to change their name to Binod as part of the trend. 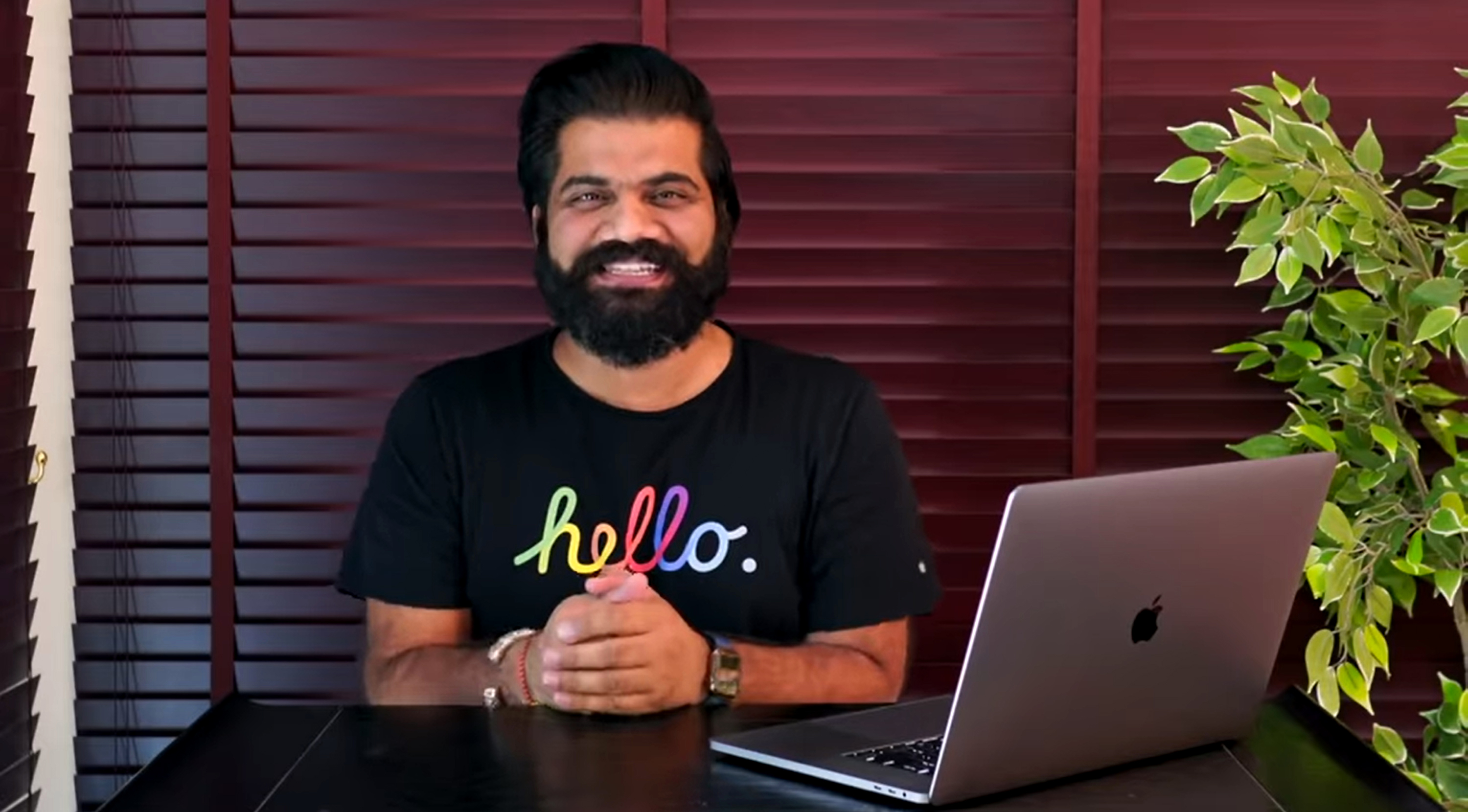 What is the Binod meme?

The Binod meme are memes these companies created to follow the Binod trend on their social media accounts.

Disney+ Hotstar tweeted that everyone should share a Binod meme, and Tinder India also poked fun at the trend saying that Binod is “on Tinder and matched with Binodini.”

Amazon Prime Video India tweeted a picture of two people introducing each other saying “everyone is binod, everything is binod.” 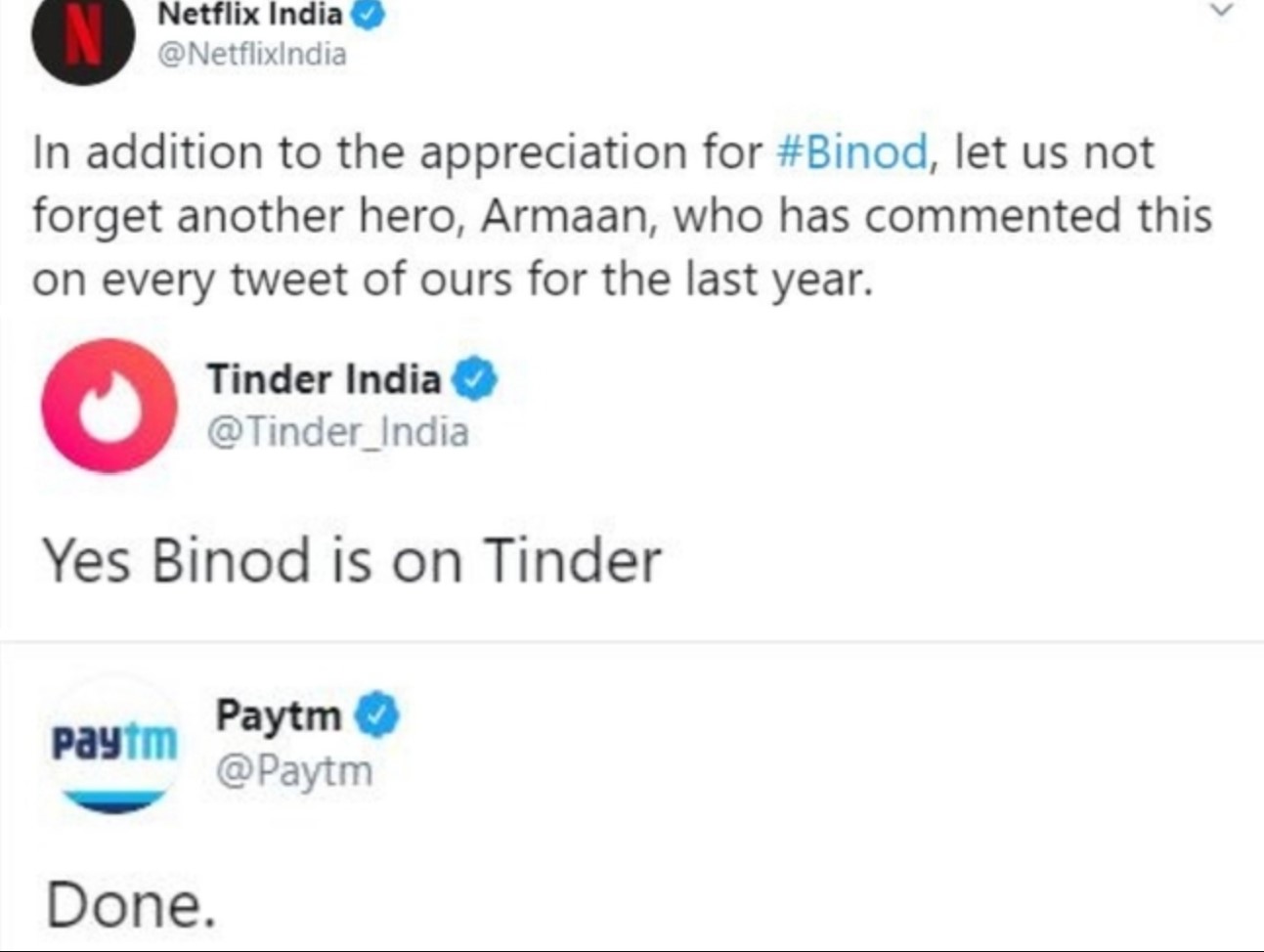 What did the police say about Binod?

Several police departments in India made reference to the meme, each with their own take about what or who Binod is.

India’s Jaipur police suggested that Binod is an acronym that stands for: “(B)uckle up the seat belt before driving, (I)nform Police about any suspicious activity, (N)ever drink and drive, (O)bey COVID guidelines, (D)ial 100 for any help or assistance. 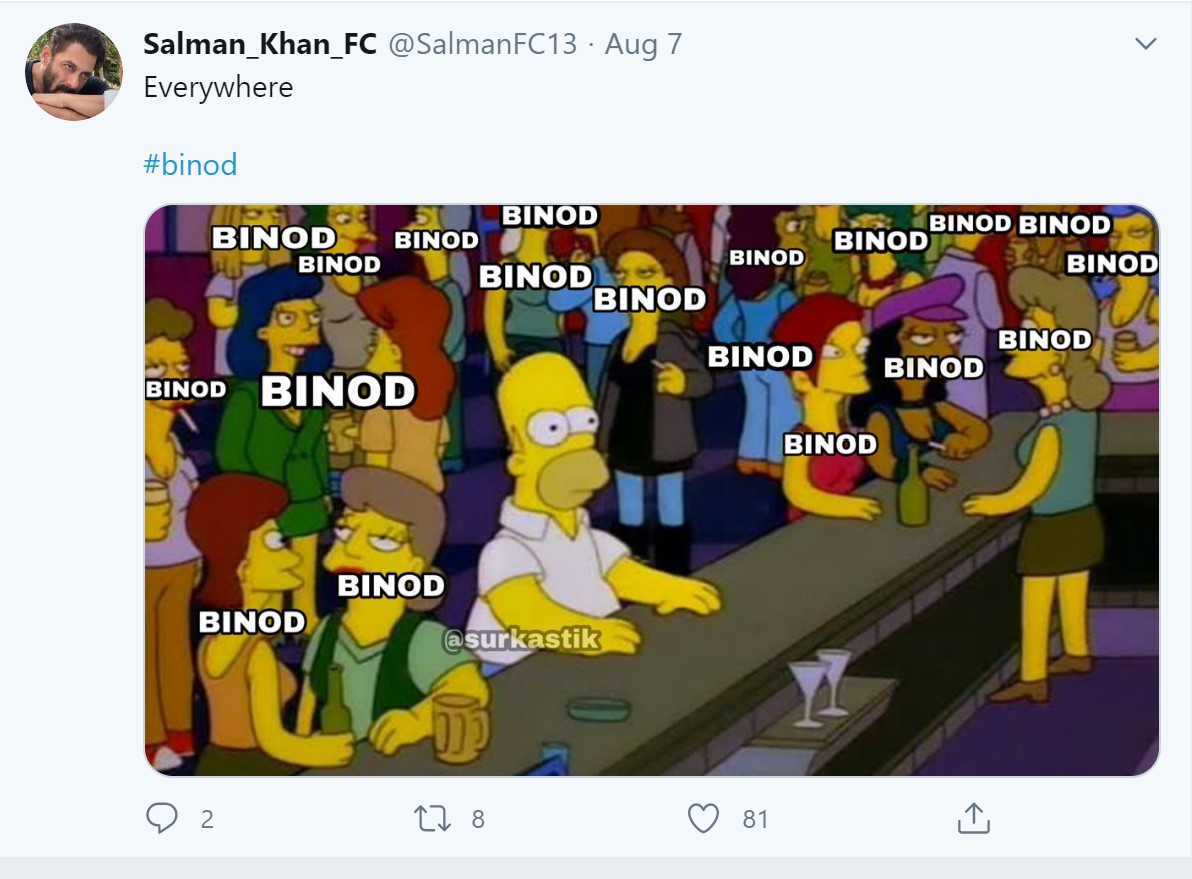 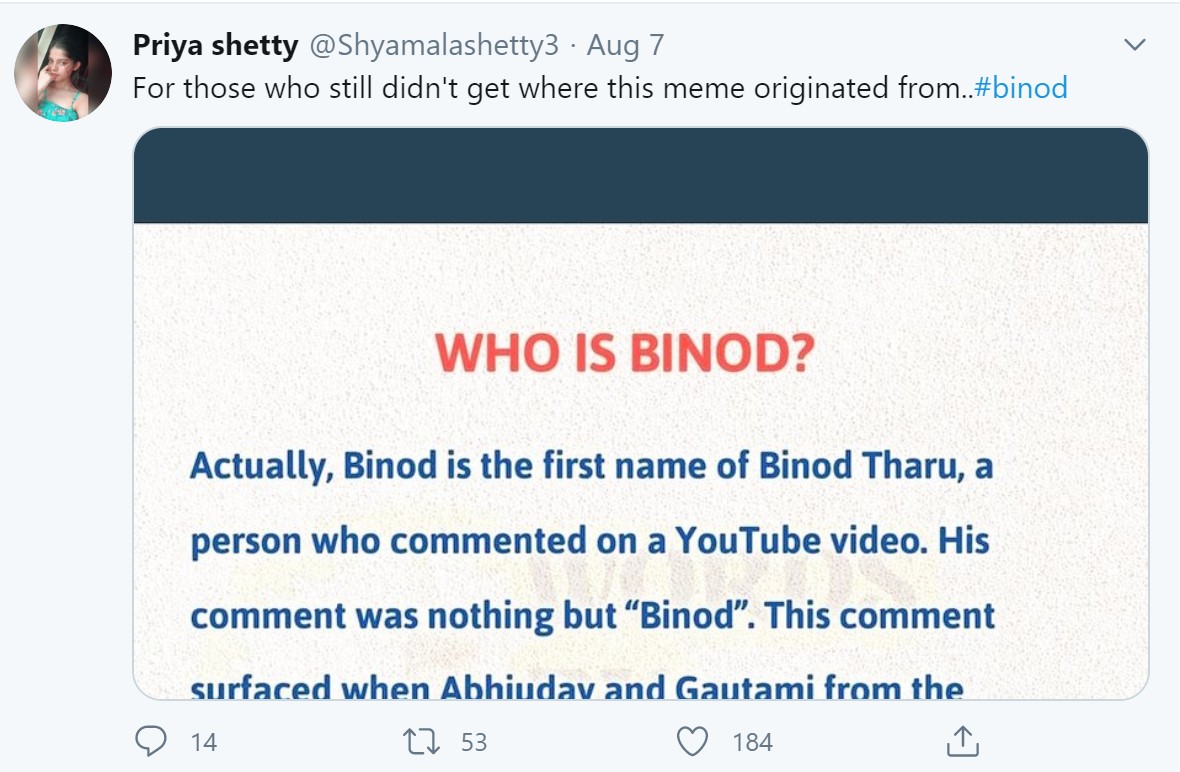