Ella Emhoff may only be 21, but she’s already making her mark on the fashion world. She is Second Gentleman Doug Emhoff’s daughter and Vice President Kamala Harris’ stepdaughter, nbd.

A recent graduate of The New School’s Parsons School of Design in New York City, Ella is now a model, a designer, and a bit of an accidental superstar. She became a style icon overnight after her Miu Miu and Batsheva inauguration outfit went viral, per Insider.

No wonder her parents are singing her praises. “My darling Ella, we are such proud parents! We love you so much, and are very much looking forward to all you do in the future,” Emhoff wrote in a congratulatory Instagram post on her graduation day.

You’ve gotten to know her “Momala” much better this last year, so here’s everything you should know about Ella Emhoff

Ella has a lot of tattoos.

Ella is a big fan of body art, and I mean big. She told The New York Times that she has at least 18 different tattoos, although she admits she’s lost count by now. But there are at least a few that her parents “may not know about”—oops!

She doesn’t always go to a pro for her ink. Ella started giving herself tattoos during quarantine: “I did the classic,” she said. “I did my dog’s name, and I did a little flower. I recently did my first big boy: [a] salmon fish with a flower hanging out of its mouth.”

Ella was signed as a model earlier this year.

In January, just days after the inauguration, Ella was signed as a model with IMG Models Worldwide, per Insider. The company is famous for representing iconic supermodels like Gigi and Bella Hadid, Karlie Kloss, and Ashley Graham. Then, Ella made her debut on the runway walking for Proenza Schouler at New York Fashion Week. 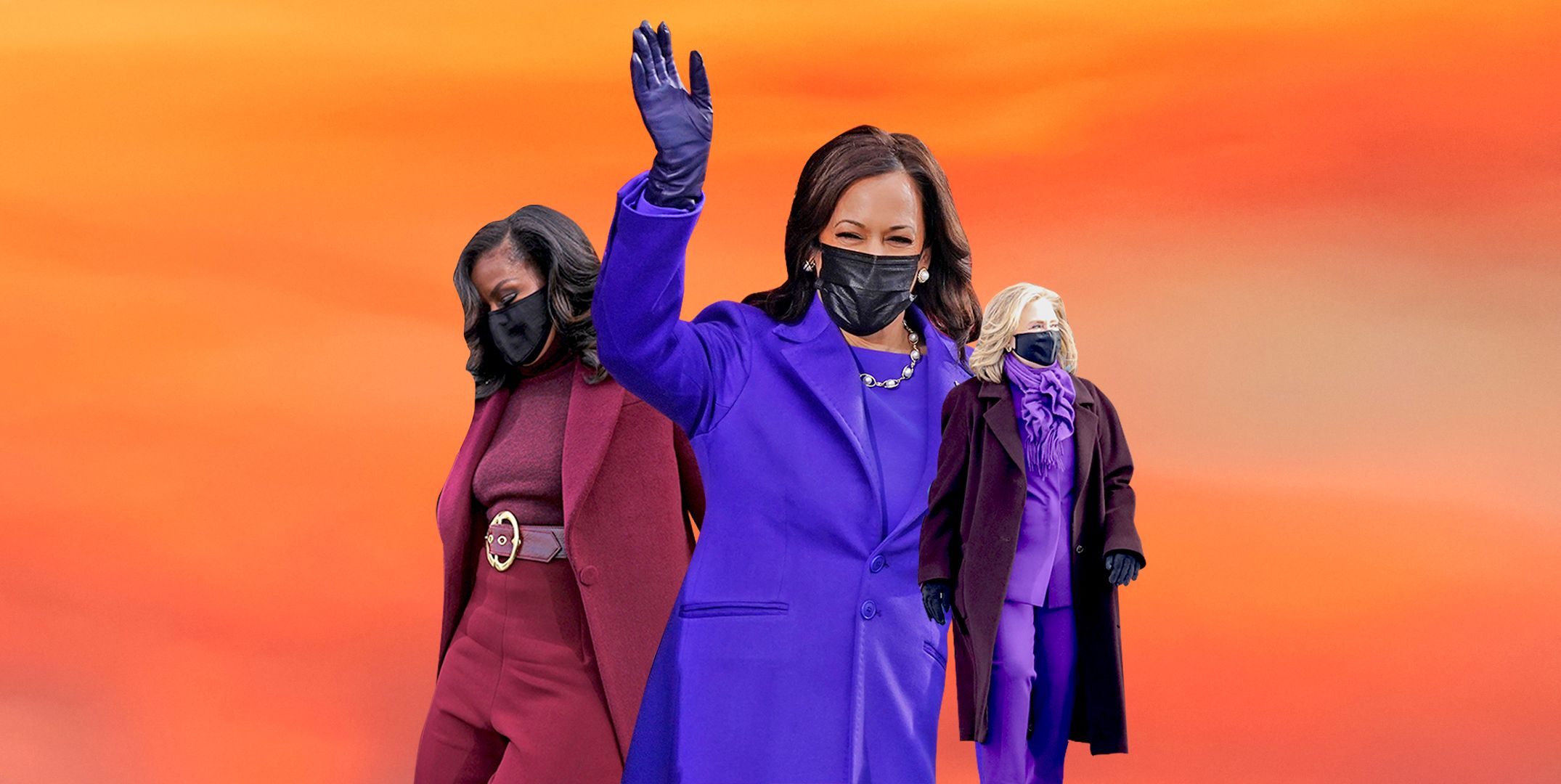 “I was pretty surprised when everything with IMG was happening because when I was younger, I never saw that as being part of my timeline,” Ella told The New York Times. “As someone who, like a lot of young girls out there, had self-confidence issues, it is intimidating and scary to go into this world that is hyper-focused on you and the body.”

But Ella also said that seeing diversity in the fashion industry helped her realize that she can be “part of the change,” with her “really weird tattoos and kind of a funky haircut.”

And now, she’s a designer, too.

Ella has a history of designing clothes. On her Instagram, she shows off homemade crocheted outfits and accessories—she even takes commissions sometimes!

Then, Ella announced that she teamed up with designer Batsheva Hay, who created her famous inauguration dress, to launch a knitwear collection. “So many of her designs are so cohesive to my personal wants and needs,” Ella said, per Insider, so the pair felt like a perfect fit.

Ella’s overnight rise to fashion fame has earned her a spot as a top model and an up-and-coming fashion designer. She’s basically a Gen Z style icon. What can’t this girl do?

Ella is pretty close with her fam.

Ella’s a big fan of Kamala. She’s described her as, “Momala, the world’s greatest stepmom,” in a video for the Democratic National Convention. She has one older brother, Cole, and they both famously refer to their stepmom Kamala as “Momala.”

Her bro is 26 and works as an executive assistant at Plan B Entertainment, according to his LinkedIn profile. The Vice President wrote in an essay for Elle that the siblings are named after Ella Fitzgerald and John Coltrane.

It might still be too early to tell, but back in March, Ella and Sam were spotted holding hands while walking around NYC together, per Popsugar. Sam is a senior associate editor at GQ, and he’s done some pretty major stories.

If they are official, they’re a total fashion power couple. Neither has publicly confirmed the relationship yet, but it’s hard not to wonder if Sam has met Doug or Kamala yet…