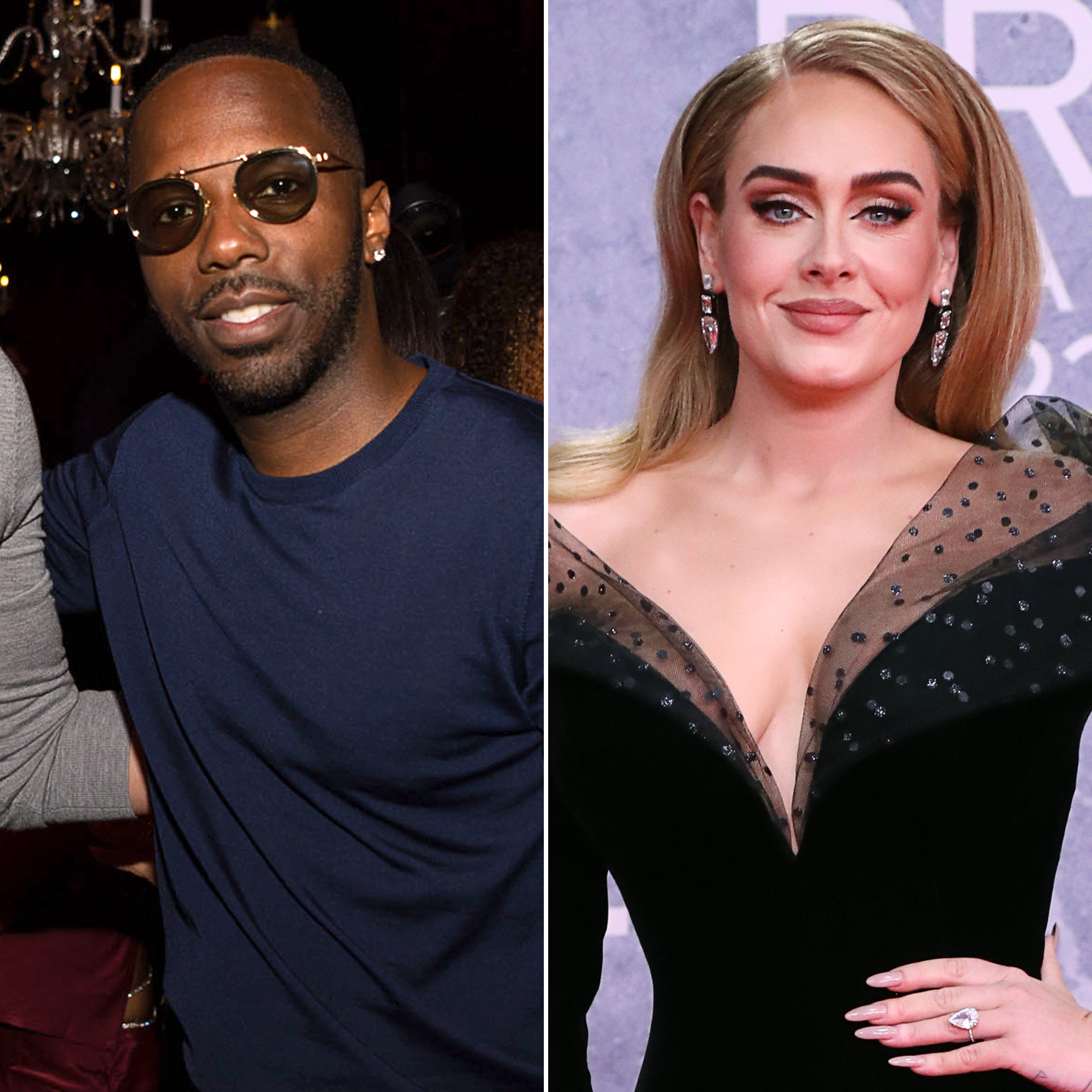 Expanding the brood? As Adele’s relationship with Rich Paul has continued to heat up, the sports agent is looking ahead.

Adele and Rich Paul’s Relationship Timeline: Inside Their ‘Jackpot’ Romance

“As a young dad, growing a business, it was pretty tough,” Paul, 40, told E! News on Friday, June 10, referring to his three children from a past relationship, including daughter Reonna, who is a junior in college. “But now looking as an older dad, if I was to have more kids, I’m looking forward to being a different dad.”

He added: “Oftentimes as you’re building a business, you’re on the go, you’re moving around, the kids grow up fast in a blink of an eye. Next thing, you know, they’re walking and they’re riding the bike, running and flipping around and that’s the problem.”

Sexy Celeb Dads With Their Kids

The Ohio native — who has been linked to the “Someone Like You” singer, 34, since July 2021 — told the outlet that he’d want to be a “more patient” father if he had another child.

“You know, I have a daughter that’s a junior in college so I was a very young dad, but now, different age, different time in my life, different position in my life. I’m really looking forward to being an older dad,” Paul gushed on Friday. “My kids never tell me I’m a cool dad. Their friends think I’m a cool dad, so I feel good about that. But my kids never really tell me, ‘Dad, you’re cool.’ They don’t show me that love like that, but I know it’s deep down inside.”

Us Weekly previously confirmed in August 2021 that the Klutch Sports Group founder and Adele had been dating for several months before they made their Instagram debut that September.

“They’re very committed at this point and it’s hard to imagine they won’t be together for an extremely long time. She really feels like she hit the jackpot,” a source exclusively told Us in October 2021, noting the duo are in a “fantastic place” together. “Rich is such a great guy who has charm, intelligence and sensitivity in abundance. … He’s always making her feel special and doesn’t have a single drop of selfishness or meanness in his body.”

Famous Fathers Who Had Kids Late in Life

The England native — who shares son Angelo, 9, with ex-husband Simon Konecki — has also weighed in on the possibility of having a second child.

“If I was [engaged], would I ever tell anyone if I was or wasn’t?” she asked during a February appearance on The Graham Norton Show, noting that her postponed Las Vegas residency was “absolutely 100 percent happening” later this year. “It has to happen this year because I’ve got plans for next year. Imagine if I have to cancel because I am having a baby?”