A musical theatre graduate has revealed how she was hilariously mistaken for being an air hostess by a man she matched with on Tinder.

Hattie Wilcox, 21, from Yorkshire, shared her conversation online and it has since been liked more than 41,000 times.

The pair’s messages reveal how the man, whose name has been anonymised, had mistaken Hattie’s outfit in one of her pictures for a flight attendant’s uniform – after he’d had about ‘seven pints’. 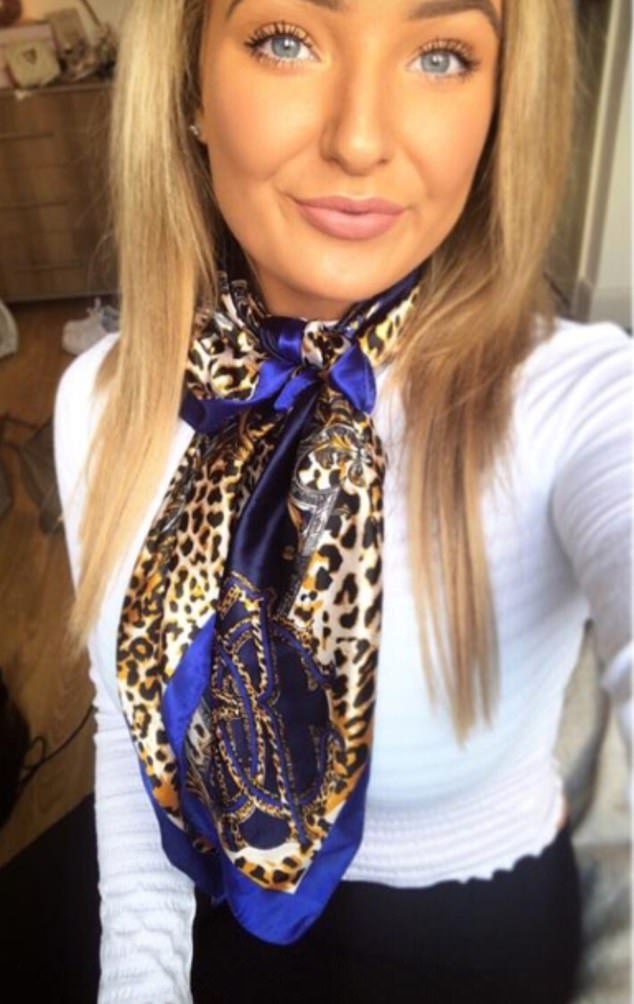 Hattie Wilcox, pictured, was mistaken as an air hostess by a man she matched on Tinder. He said he thought she was a flight attendant after seeing this picture of her wearing a scarf 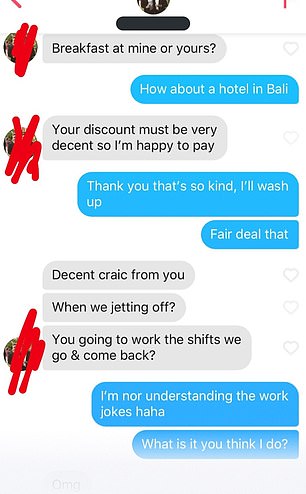 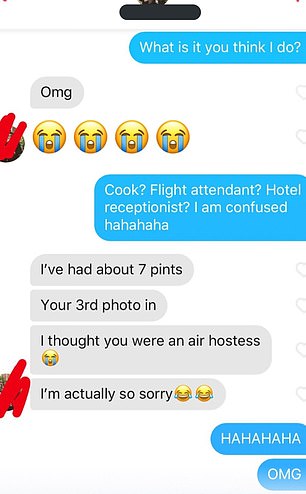 In screenshots of their Tinder conversation, Hattie and the man appeared to be getting along well and chatting about where to have breakfast.

When she jokingly brought up Bali, the man – who was already under the impression Hattie was a flight attendant – continued the fun by suggesting she would get ‘decent discount’.

He even asked Hattie, who lives in London, if she would ‘work the shifts we go and come back’ on the exotic trip.

After she asked him about all the ‘work jokes’ the man suddenly realised he had been mistaken and owned up to thinking she was an air hostess. 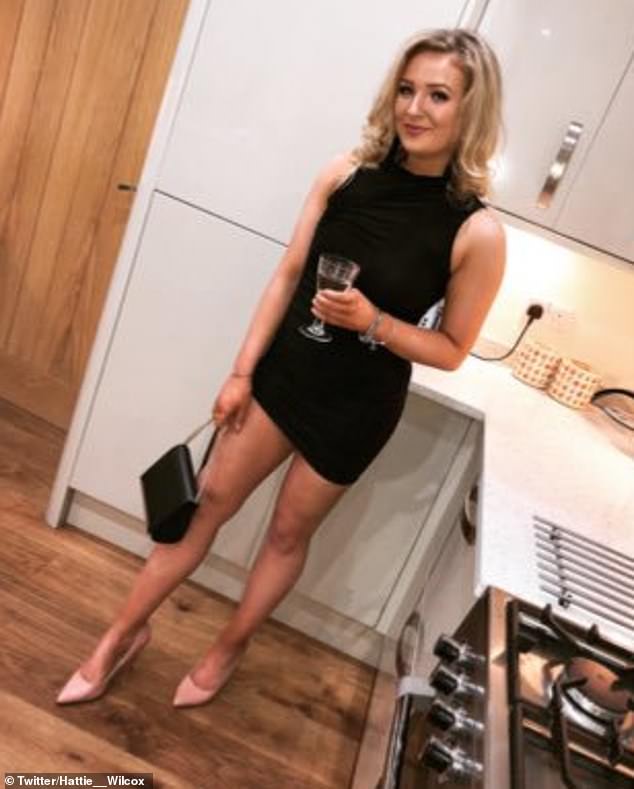 Hattie, pictured, laughed at the mistake and later revealed the chat was the ‘most entertaining Tinder conversation’ she had ever had

One person encouraged Hattie to go on a date with the man, whose name is not known, and wear the scarf which caused the misunderstanding

Both of them appeared to take the mishap well, and Hattie replied to him saying she was laughing about his error.

Hattie later said that the man’s mistake ‘proper made her laugh’ and told people on Twitter that she would keep them posted ‘if anything comes of it’.

The graduate also revealed that their chat was the ‘most entertaining Tinder conversation’ she’d ever had.

Dozens of people have replied to Hattie’s tweet, with one saying: ‘This is gonna be the start of a beautiful love story I’m telling you (sic).’

Others hoped the man would see the tweet, which has now been liked more than 44K times

Several people laughed at Hattie’s tweet, and this woman said that it was ‘amazing’

Another person added: ‘Here if you two don’t get together after this I’m gonna be so disappointed.’

Some people were hoping that the man involved had seen the tweet, as it had by that point notched up 13,000 likes.

Others said they needed updates and encouraged Hattie to go on a date with the boy – and of course, she’d have to wear the scarf.