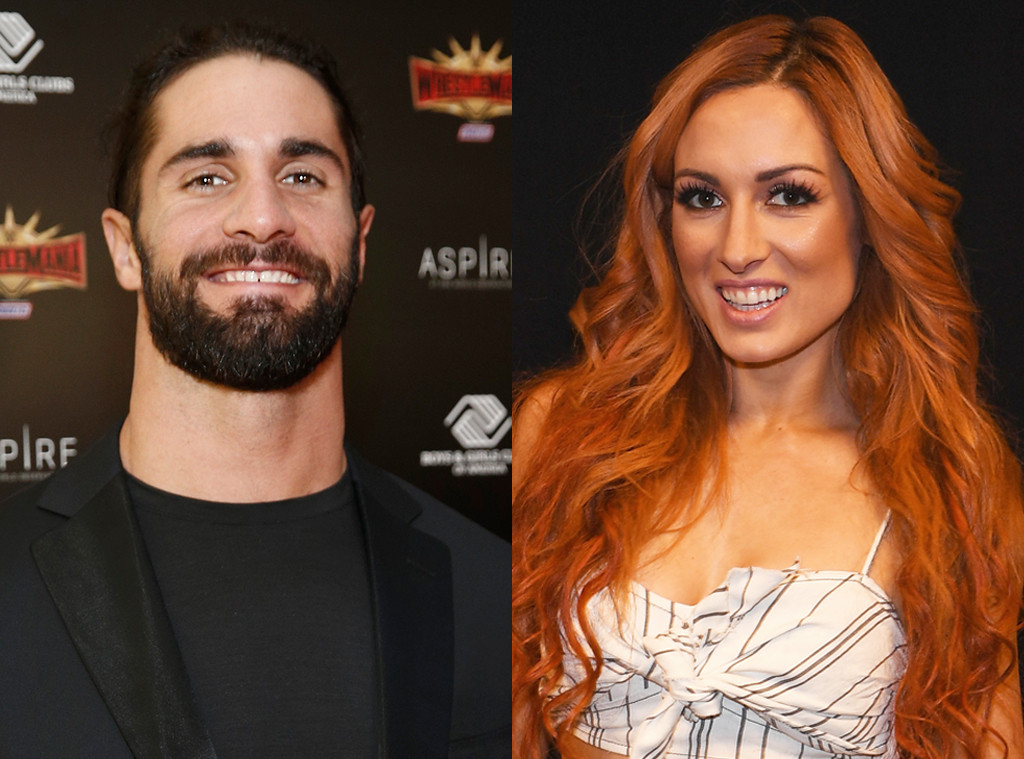 Another WWE match has been made outside the ring.

After sparking relationship rumors on Twitter, powerhouses Seth Rollins and Becky Lynch confirmed their romance on Instagram last night with a black and white shot of them kissing.

“I guess I’m allowed to post this now… @becklynchwwe?” Seth captioned the photo. And though the image was snapped at WrestleMania 35 in early April, the 32-year-old champ originally played coy when asked about their connection, telling Irish Mirror, “I’ll leave that one up to you.”

Together, the two make up one of the WWE’s strongest forces. At WrestleMania 35, Seth—he once shattered John Cena‘s nose during a fight—nabbed the title of Universal Champion after defeating Brock Lesnar. Meanwhile, Becky, also 32, won the first-ever all women’s main event, beating out both Rhonda Rousey and Charlotte Flair to make history.

Their official debut is especially a hit within the wrestling community. While Total Divas star Nikki Bella commented with a string of heart-eyed emojis, her twin sister Brie Bella wrote “”Love!!!”

Of course, this isn’t the first couple the organization has created. Though Nikki and John called off their engagement in 2018 after six years together, her sister Brie is happily married to fellow champ Daniel Bryan. Other successes include The Miz and Maryse as well as Triple H and Stephanie McMahon.

I guess I’m allowed to post this now…. @beckylynchwwe ?

I guess I’m allowed to post this now…. @beckylynchwwe ?

For his part, Seth has also dabbled in the WWE dating pool. Before connecting with Becky, he previously dated diva Zahra Schreiber, who was fired in 2015 after several pro-Nazi images resurfaced on her Instagram.

Congratulations to the new couple!