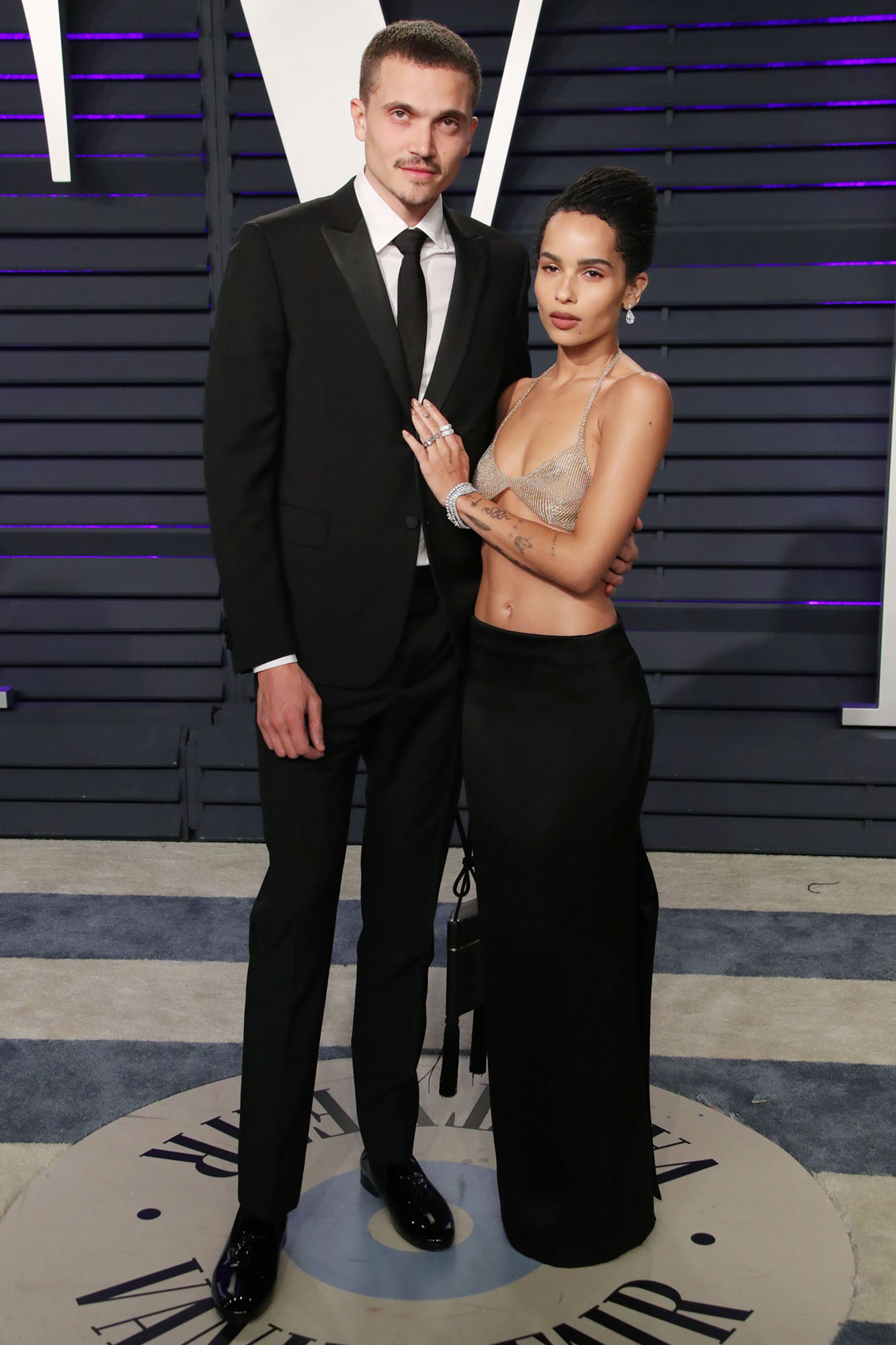 Fresh start. Zoë Kravitz made a rare comment about her recent divorce from Karl Glusman while discussing her “personal” first solo album.

The Big Little Lies alum, 32, spoke with Another magazine about what was like to collaborate with producer Jack Antonoff while working through her split from the Neon Demon actor, 33.

“Some producers want to make it about … like, ‘I’m going to put my sound on you.’ It’s what I experienced with my band [Lolawolf],” Kravitz said in the Thursday, September 30, interview of working with the Bleachers singer, who had a brief cameo in her Hulu series, High Fidelity. “But for him to want to help me realize what I’m hearing in my head has been a really wonderful experience and very therapeutic.”

The Dope star wrote the record “over a long stretch of time,” which included a number of personal milestones along the way.

“It’s about love and loss. I got married. I got divorced,” she told the outlet. “Separations, break ups are sad but are beautiful things too. It’s about the bittersweetness, that beginning and that end. It’s so complex, that space, when you’re in between heartbroken and mourning the loss of something and excited for what’s ahead of you.”

Kravitz exchanged vows with Glusman in June 2019, less than one year after she confirmed their engagement. They tied the knot in Paris at the home of Zoë’s father, Lenny Kravitz.

“I feel I’ve known him my entire life,” the Rough Night actress gushed over the Nocturnal Animals star during a May 2020 episode of the “Armchair Expert” podcast. “He’s just one of the kindest people I’ve ever met. He’s one of the most honest people I’ve ever met and I feel like I’ve known him since I was a kid, even though I haven’t. … We have a history, it feels like.”

Us Weekly confirmed the following January that the pair had called it quits after 18 months of marriage. Their divorce was made final in August.

After a whirlwind year, the Catwoman star feels “f–king fantastic,” telling the publication, “I am happy about all the experiences. If you don’t learn and grow, what’s the point?”

Shortly after finalizing her split from Glusman, Zoë was linked to Channing Tatum, who stars in her upcoming directorial debut, Pussy Island. The pair were spotted together multiple times in August before Us confirmed their romance.

“Channing and Zoë are dating,” a source exclusively revealed. “They both thought the other was cool, fun and attractive, but never acted on it because they were never single.”

According to the insider, “things turned romantic fast” while the twosome were working together on the thriller.

Neither the filmmaker nor the Step Up star, 41, have publicly addressed their relationship status. Earlier this month, they were spotted leaving the 2021 Met Gala together in New York City after arriving separately. Tatum, who was previously married to Jenna Dewan, later shared a photo from inside an afterparty with Zoë by his side.