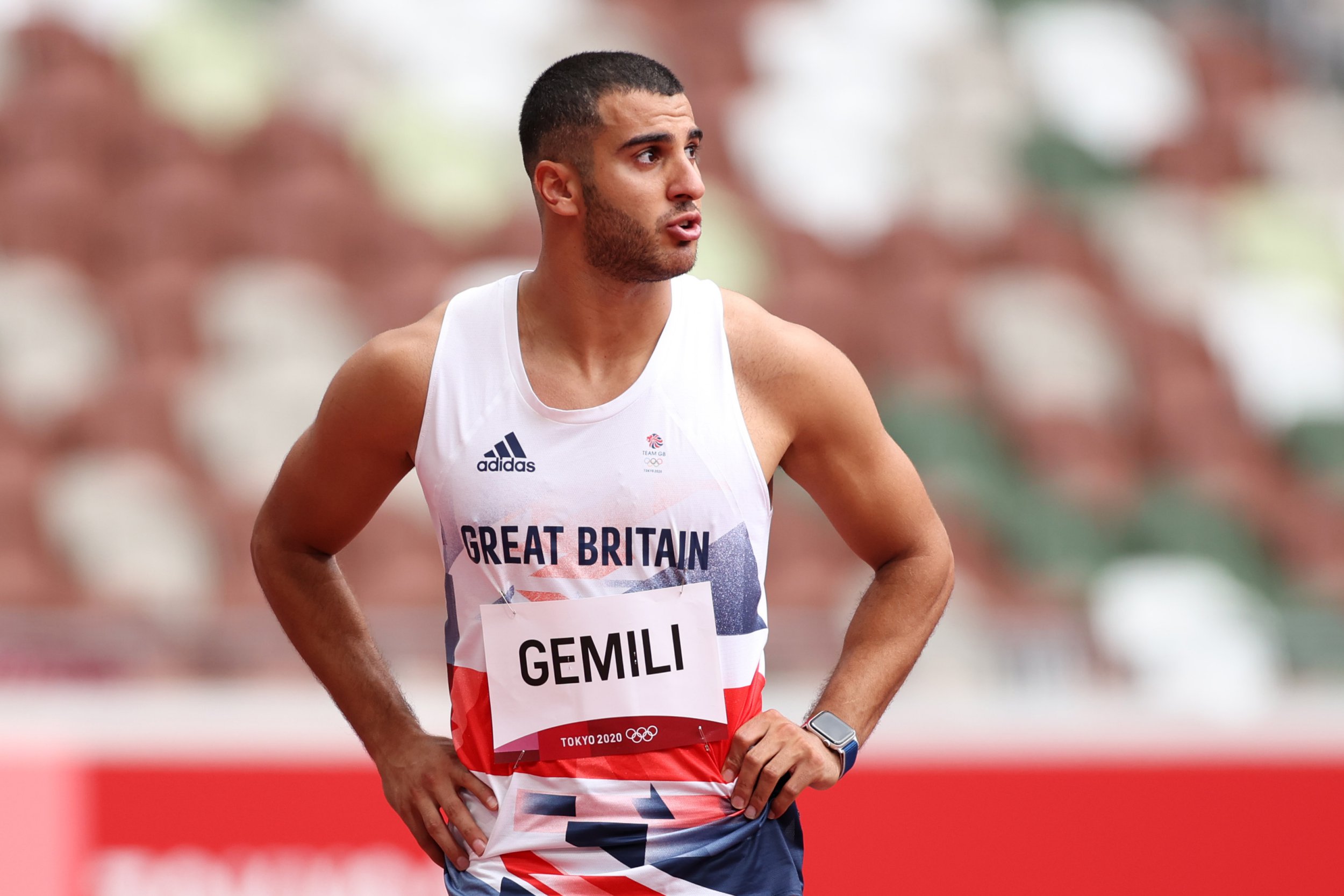 Adam Gemili’s Tokyo Olympics ended in cruel fashion on Tuesday as he pulled up with a hamstring injury in the men’s 200m heats, describing the heart-breaking ending as ‘the worst feeling in the world.’

The 27-year-old was confident of competing for a medal after finishing fourth at Rio 2016, narrowly missing out on bronze.

However, his race was over as soon as it started, pulling up as soon as he left the blocks and the sprinter could not advance to the semi-finals.

Gemili was tearful and clearly devastated as he spoke to BBC Sport after the heat: ‘I can’t believe this has happened. I am in so much pain.

‘In my last block start before I went into the cool room and I just felt my hamstring go. I just said strap it up and let me go out there and try, because you have to try.

‘I felt like I had such a good chance as well. I have been training so well. This season has been really up and down and I had finally put together five to six weeks of solid work.

‘I was ready to go out and win, try and get a medal, at least PB and I don’t get that chance. I can’t say anything else. It is the worst feeling in the world.’