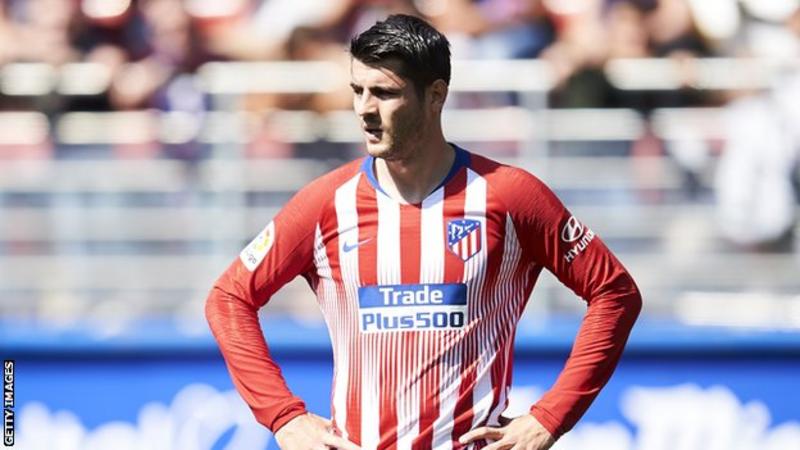 Chelsea striker Alvaro Morata will join Atletico Madrid on a permanent basis for 65m euros after his 18-month loan expires at the end of next season.

Morata, 26, has been at Atletico since January, scoring six goals in 17 games for the Spanish side.

He was Chelsea’s record signing when he joined for £60m from Real Madrid on a five-year contract in July 2017 and scored 24 goals in 72 games.

The former Real Madrid and Juventus player won the FA Cup while at Chelsea.

“Happy it’s official,” Morata, who joined Atletico as a youth player in 2005, said on social media.

In a statement, Atletico said: “The Spanish striker will play at our club on loan this season, as was agreed when he joined Atletico in the January transfer window, and the move will become permanent at the beginning of the 2020-21 season.”

Atletico signed Portugal forward Joao Felix this month for £113m from Benfica – making him the fifth most-expensive transfer in history.

Atletico striker Antoine Griezmann has confirmed he will leave the club this summer, with Barcelona expected to pay his buyout clause of 120m euros.

But Atletico say they have rejected Barcelona’s offer and ordered Frenchman Griezmann to report for pre-season.