The bright lights will shine on Saturday when Anthony Joshua returns to a British ring for the biggest fight anywhere in the world this year.

The memory of nights at Wembley Stadium, with 90,000 people singing his name, will be fresh in Joshua’s mind when he steps between two giant fireworks at Tottenham Hotspur Stadium. It will be sometime before midnight, he will, as normal, look enormous in his latest full-length white robe and from that majestic pose he will start his shuffle to the ring.

Joshua’s exile from a stadium fight in Britain, will end shortly after he leaves that glittering plinth and walks through his adoring crowd to fight Oleksandr Usyk for three of the recognised belts and all of the recognised relevance.

Joshua will lead his flock in song and hope as he mounts the ring steps and is seen by everybody in every seat. The exile is over, Joshua is back. The fights on the road in foreign lands and under Covid’s curfew rules are over; it’s the 26th fight of his career and the most important. It is also the first fight since the horrible collapse of his fight with Tyson Fury.

The old-fashioned rumble with Usyk will be Joshua’s fifth major stadium fight in Britain in just four years. In 2019, he went on the road to lose in New York, win in Saudi Arabia and last December, behind closed doors, he won at the indoor arena in Wembley. There was a year of Fury talks, then in the fall-out, there was negotiation fatigue, frustration and endless promises. “It has to happen for boxing,” Joshua told me last week.

Joshua is back, make no mistake, but this is far from an easy homecoming.

The statistics in this fight only tell part of the story: This is Joshua’s 11th consecutive heavyweight world title fight, he is three years younger, three inches taller, two stone heavier and has a four-inch reach advantage. He is fighting at home. It looks stacked in his favour, but looks in the boxing game are deceptive.

“He is a southpaw, he is unbeaten, he has the Olympic gold, he has the confidence and a good chin,” said Joshua. “He knows how to position himself, he’s smart and he believes he can beat me. I have no fear of him, but he is a very good fighter.”

Joshua has always been a student of the business that has made him famous and rich; Usyk is an enigma, trickier than he looks and he hits harder than people imagine. He is not just “an awkward, blown-up cruiser”. Tony Bellew, who was knocked out by Usyk in 2018, has been inside the Joshua camp and it is likely that his fears were not ignored. “He just gets in front of you, he moves and then he is there,” Bellew said. In the Bellew fight, Usyk smiled a lot, knowing that he would get his moment. 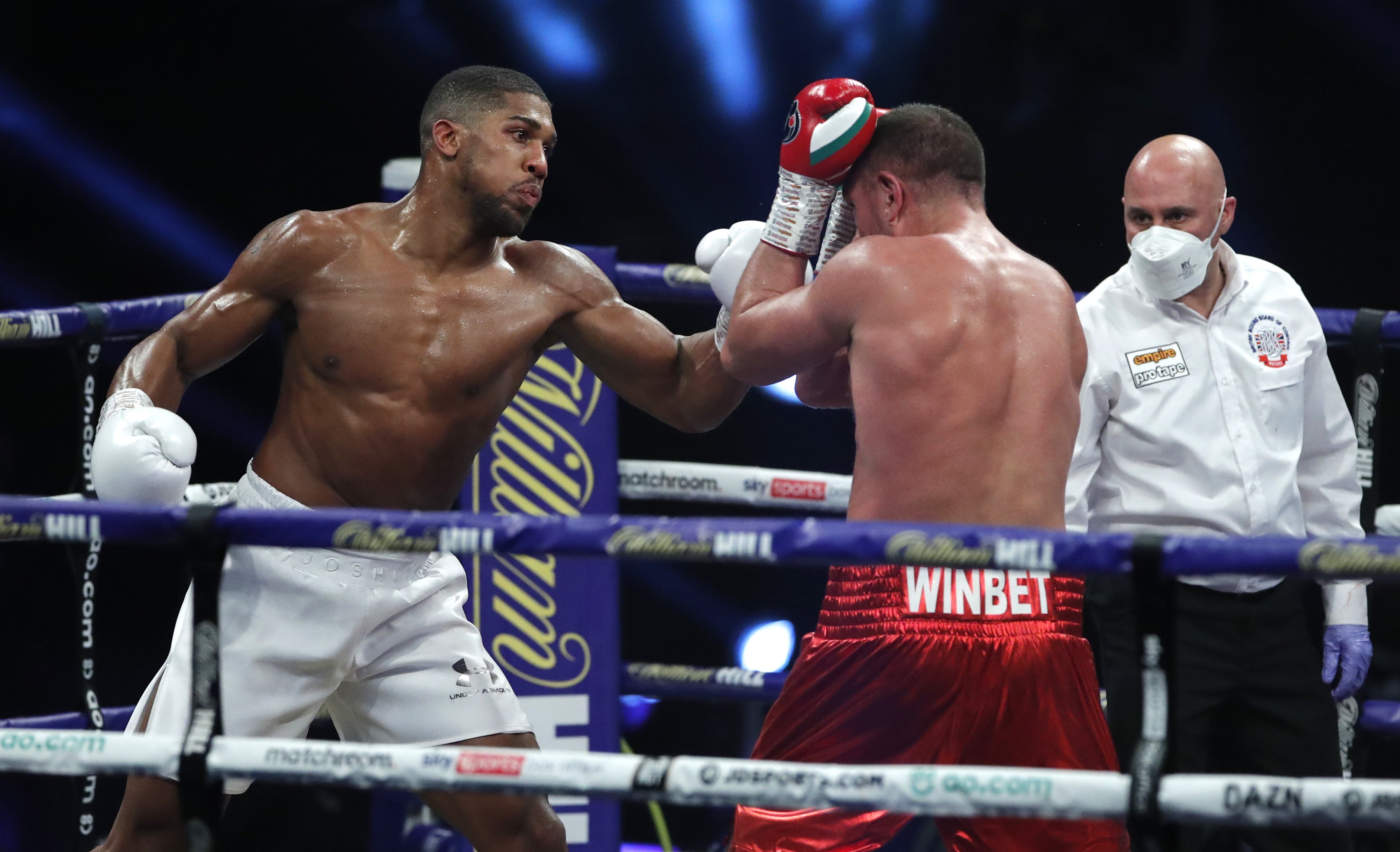 Thankfully, Joshua is not dumb and is unlikely to ever again underestimate another man after the disaster in New York in 2019; he was stopped and dropped and ruined by Andy Ruiz on that night in the Garden ring. In the rematch, six months later in Saudi Arabia, Joshua transformed from reckless to cautious, from stupid to smart and he boxed the ears off Ruiz for 12 rounds. It was a switch that many ridiculed, but it showed Joshua’s patience and control – it showed Joshua could do things differently and win by whatever means necessary. The sojourn in Saudi was a glimpse at just how cold-hearted and single-minded Joshua can be.

Usyk made the transition to heavyweight from cruiserweight world champion: he unified the four belts, won seven title fights, stopped and beat the very best at his old weight in a quite exceptional two-year campaign. He is 6ft 3in and weighs about fifteen stone; he has Muhammad Ali’s dimensions. Joshua is 6ft 6in and weighs over 17-stone; he has the dimensions of the new men in the heavyweight division.

It will be a long week watching the pair circle each other, smile and shake hands. They will be looking for the tiniest of signs. They will take note of every uneasy glance, every deep sigh and drink gulped. They will play mental chess all week until they take their robes off on Saturday night. There will be a minute of silence for Jimmy Greaves and then the fight will start. The respect will continue, it is that type of fight.

It is a terrific fight and one that, make no mistake, Joshua can lose.