VIVIANNE MIEDEMA was Auba the moon as she ended Manchester City’s unbeaten run.

Arsenal’s Dutch striker bagged the winner to send her side up to second in the WSL — a point behind Chelsea. 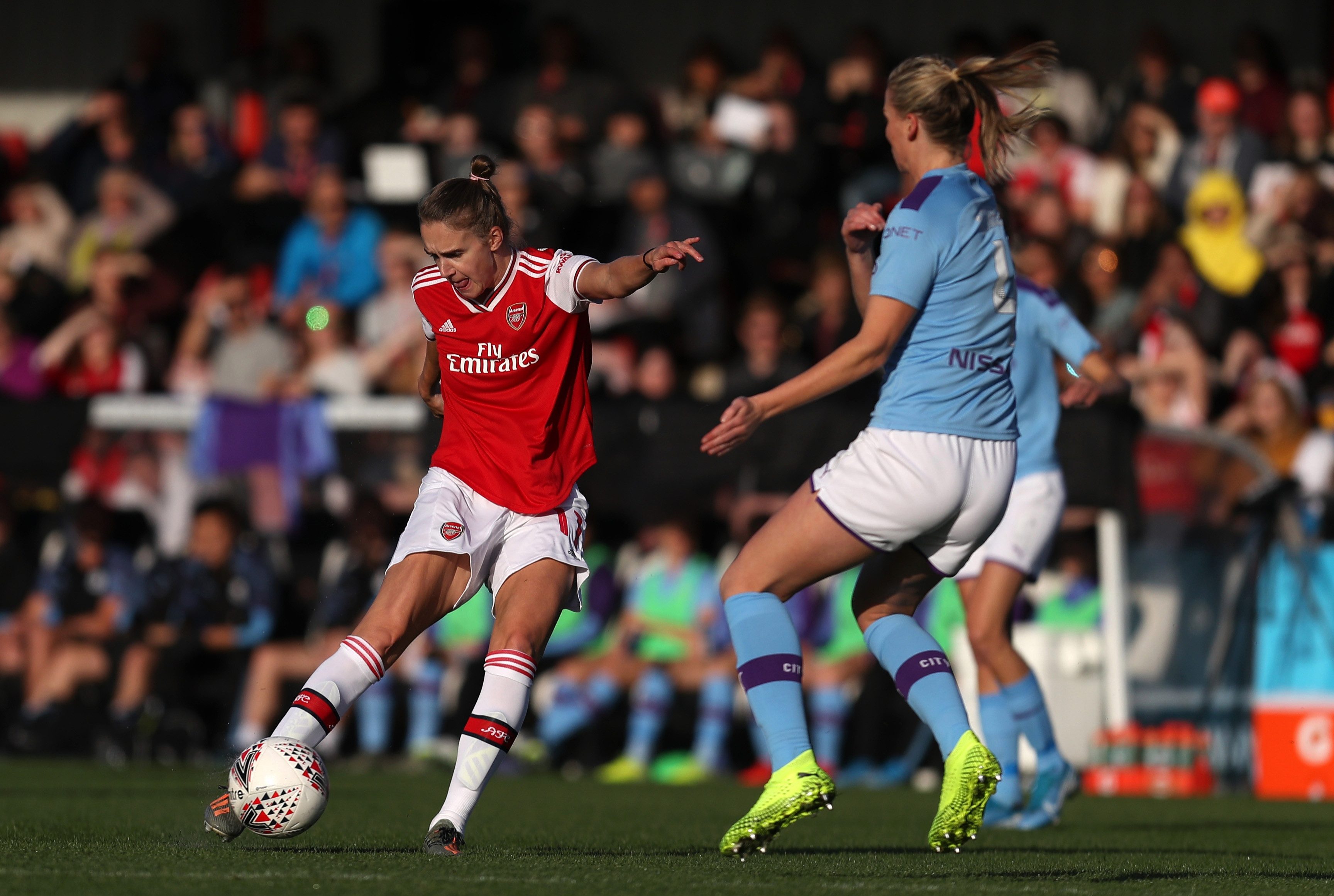 And the 43rd-minute goal draws her level with Pierre-Emerick Aubameyang on 49 goals in total for the Gunners.

Steph Houghton and Gemma Bonner created an opening for Kim Little, who delivered a neat through ball for Miedema to finish.

There were doubts whether the 23-year-old — last season’s top scorer and nominated for the Ballon d’Or — would even start after picking up a calf strain against Charlton last Sunday.

Defeat was a massive blow for City, who until this clash had not conceded in the league, and a win would have seen them clear at the top.

“I haven’t really trained so I had a bit of extra energy and I was happy I could do this for the team.

“I think it was smart for me to not train this week and I love that our manager Joe Montemurro still played me — and I think I paid him back.”

It was a cagey start at Meadow Park with a distinct lack of goalscoring opportunities and little separating the two sides.

Miedema had the first real chance but the striker, who rarely misses in front of goal, uncharacteristically smashed a shot over the bar.

Tess Wullaert responded for the visitors and flashed an effort just over the woodwork from the right.

But the Gunners held the edge after the break, despite Ellen White making her long-awaited debut in the 66th minute following a lengthy stint on the sidelines after knee surgery.

The England striker, who signed from Birmingham and scored six goals in the World Cup, made little difference.

And City did not have a single shot on target after the break.

They looked a shadow of the side who have dominated the league so far and were clearly missing star midfielder Keira Walsh, who was suspended following her straight red against United.

Jordan Nobbs came close to doubling the Gunners’ lead in stoppage time but her effort flashed agonisingly wide of the far-left post.

Montemurro said: “I think we had a lot of the ball and we just had to bide our time.

City boss Nick Cushing said: “We need Ellen back fully fit. That’s two games now where we’ve rotated the forward line and we haven’t really had a shot at the goal.

“Having Ellen back will hopefully give us more firepower but we’ve got to get on the training pitch as a group and improve.” 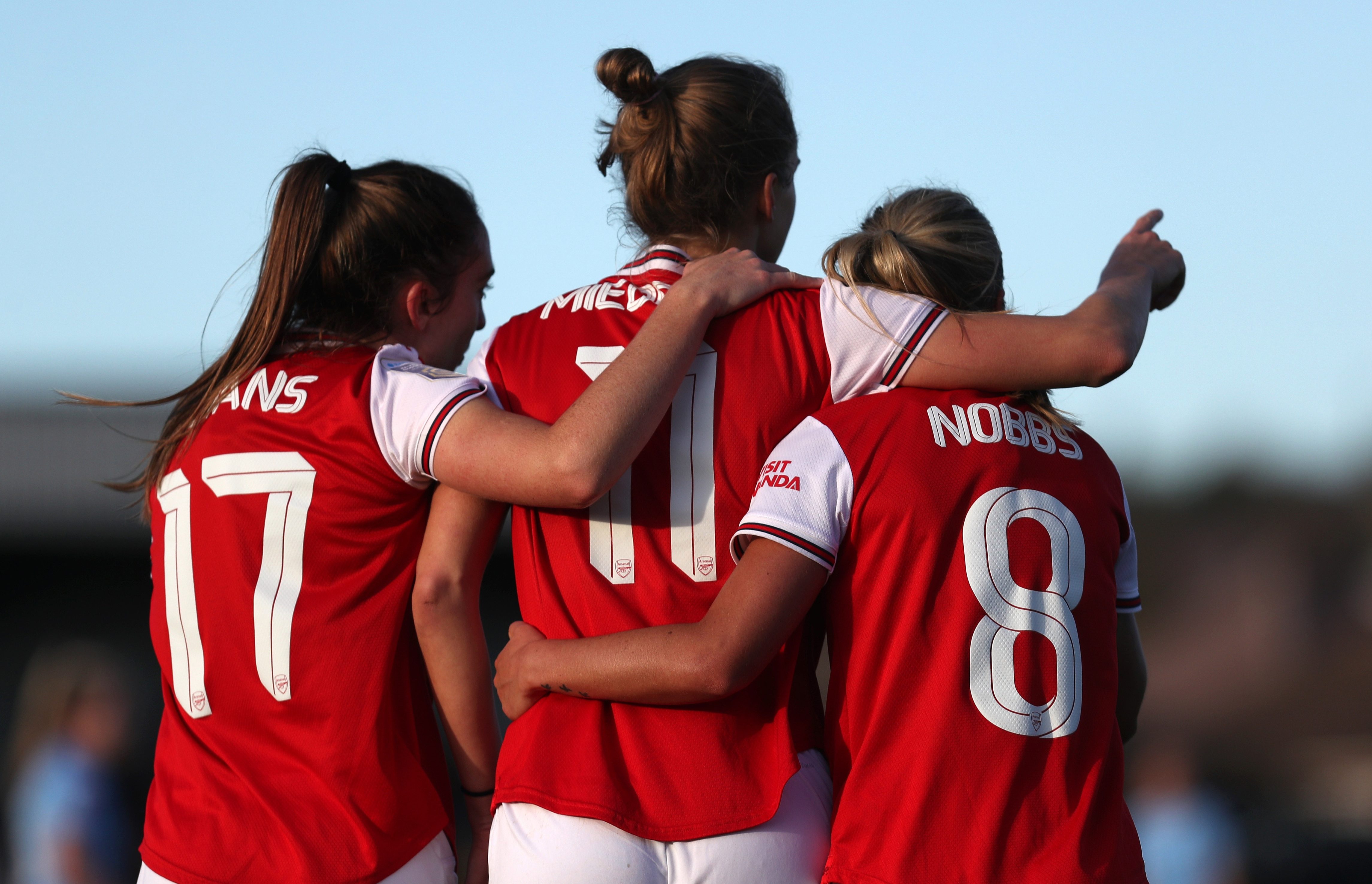