THIS ARSENAL fan decided on a unique way to pay tribute to the club's curly-haired duo Matteo Guendouzi and David Luiz.

During the Gunners' 3-1 away defeat to Liverpool, one supporter was pleased to show off his love for the pair. 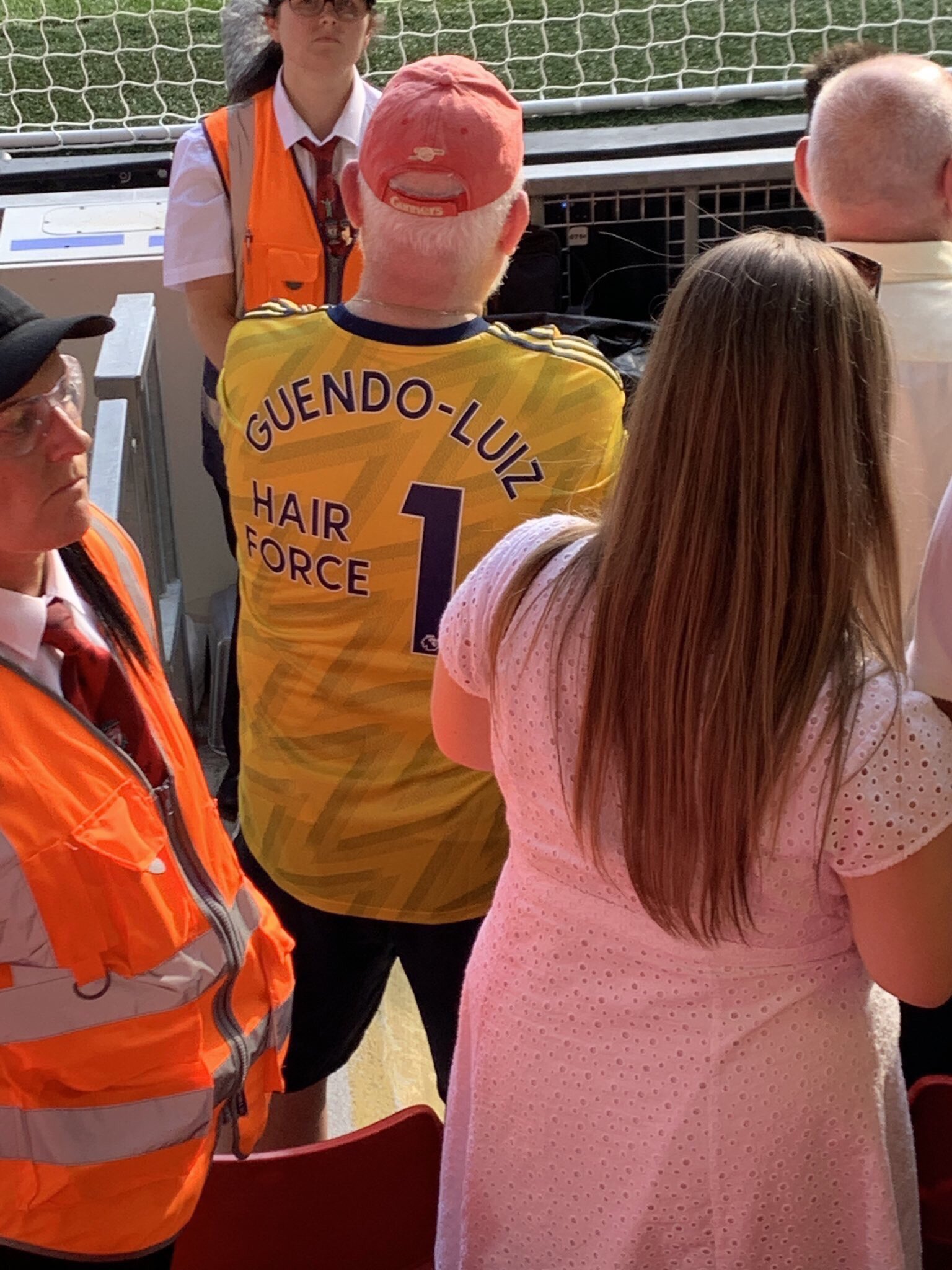 He sported an away shirt with a mix of both their names, "Guendo-Luiz" followed by "Hair Force 1".

Unsurprisingly, a snap of the bizarre offering went viral and the world of social media loved – and hated it.

Steve Jones posted on Twitter: "Christ that's a grown man wearing that", while Virgil Hawkins added: "That guy shouldn't be allowed at the games."

Another fan wrote that "This is why we are losing", while Sam Armitt wrote that "they're at it again".

Stuart Cody commented that it was "embarrassing", a thought echoed by quite a few.

Jonny McKinley labelled it "tragic" while Rhys Lock asked "what the f*** is that fella?"

The Arsenal Instagram account even posted a helpful guide for fans to spot the difference between the two players and their hair.

The fan might be wondering why he went to so much effort on those two players in particular.

Guendouzi has made a laboured start to the season in midfield, while Luiz had a game to forget against Liverpool.

The £10m summer singing from Chelsea made a decent enough start, but then concentration slipped as it so often has before.

He tugged back Mo Salah in the area and the Egpytian scored from the penalty spot.

The he and the rest of his defenders struggled to cope with the Reds' fluent front three. 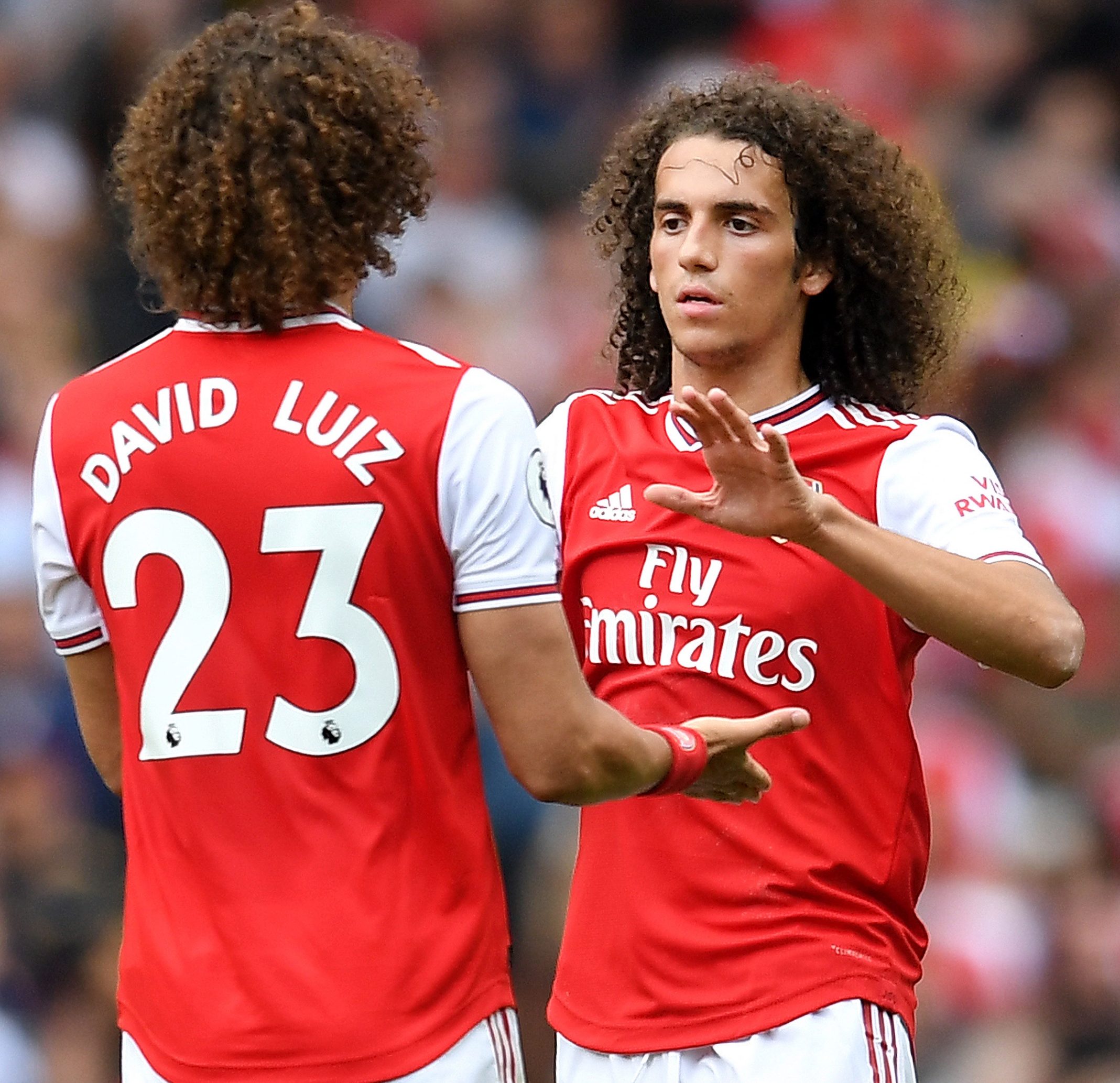