ARSENAL fans rocked the Emirates with an "almighty cheer" after hearing Spurs had been knocked out of the Carabao Cup by League Two Colchester.

Christian Eriksen and Lucas Moura missed spot kicks in the shootout and Tom Lapslie smashed home to send the U's into the last 16 for the first time in 44 years. 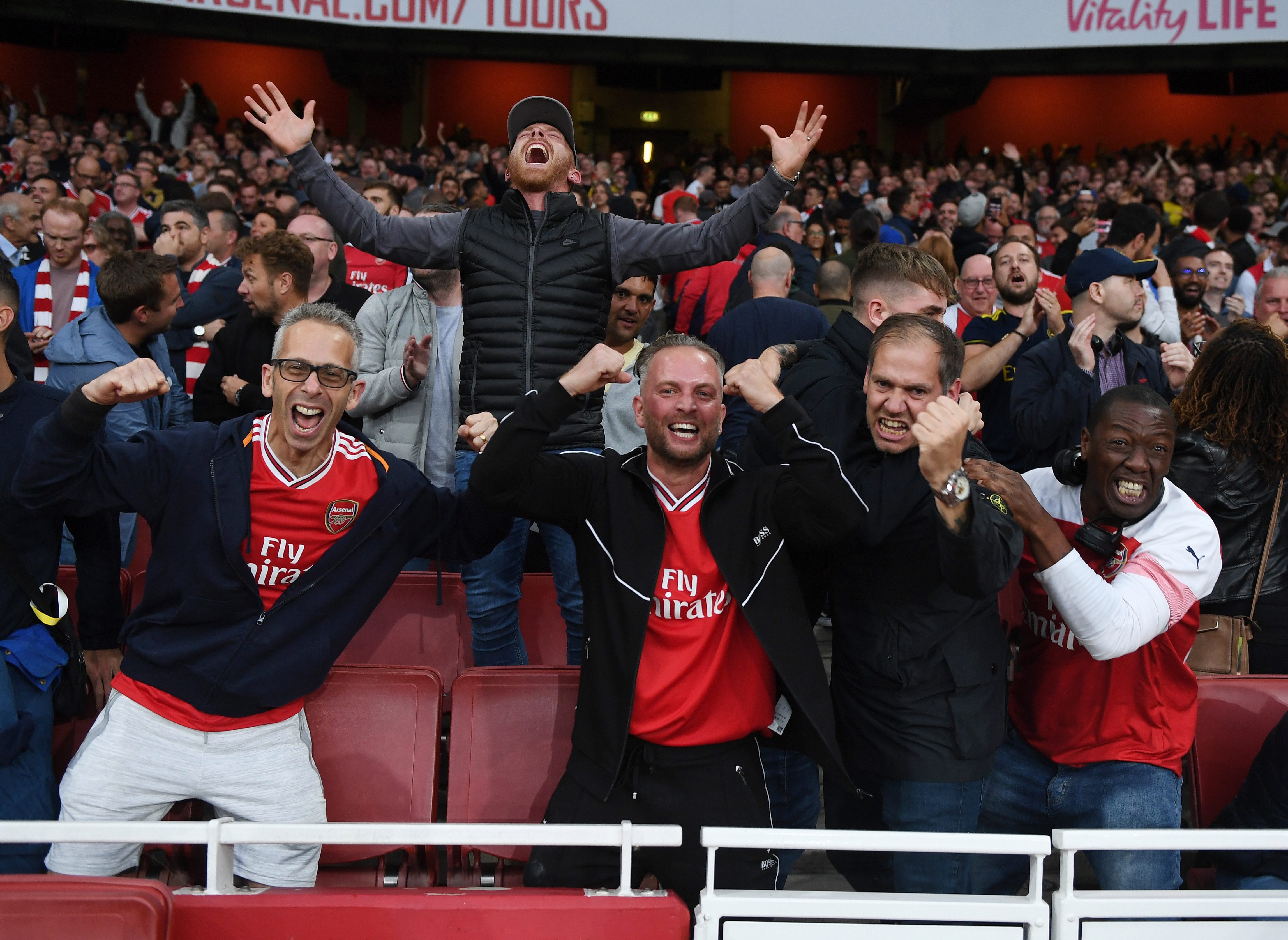 Arsenal had no such drama in their third-round clash against Nottingham Forest as they won 5-0.

The Emirates can be a notoriously quiet ground – and perhaps the loudest cheer of last night came when news of Tottenham's humiliation filtered through.

SunSport told you how a huge roar went up when Spurs' result was confirmed.

And others noticed likewise as Mauricio Pochettino and his men suffered the ultimate embarrassment.

One said: "Arsenal fans celebrating Tottenham going out in the Emirates. Loudest cheer of the night when news filtered through they were out."

Another posted: "Almighty cheer around the Emirates as Spurs get knocked out by Colchester."

A fellow user posted: "Cheers going around the Emirates as news filters through that League Two Colchester have knocked Tottenham out of the Carabao."

One added: "When you’re 5-0 up at the Emirates and hear the fans taking the p*** at Spurs for losing on pens against Colchester."

A fellow user said: "Best scenes at the Emirates today with the confirmation of Colchester’s win over Spurs. Some result that!"

And another posted: "Glad to tick the Emirates off the list of grounds. We may have lost 5-0 but f***ing hell, what support we have. Didn’t stop singing once. Arsenal fans were only loud when they heard Spurs lost."