ARSENAL will snub interest from West Ham in striker Eddie Nketiah, according to reports.

The Hammers were said to be eyeing the 21-year-old as a replacement for Sebastien Haller, who joined Ajax in a shock £25million deal on Friday. 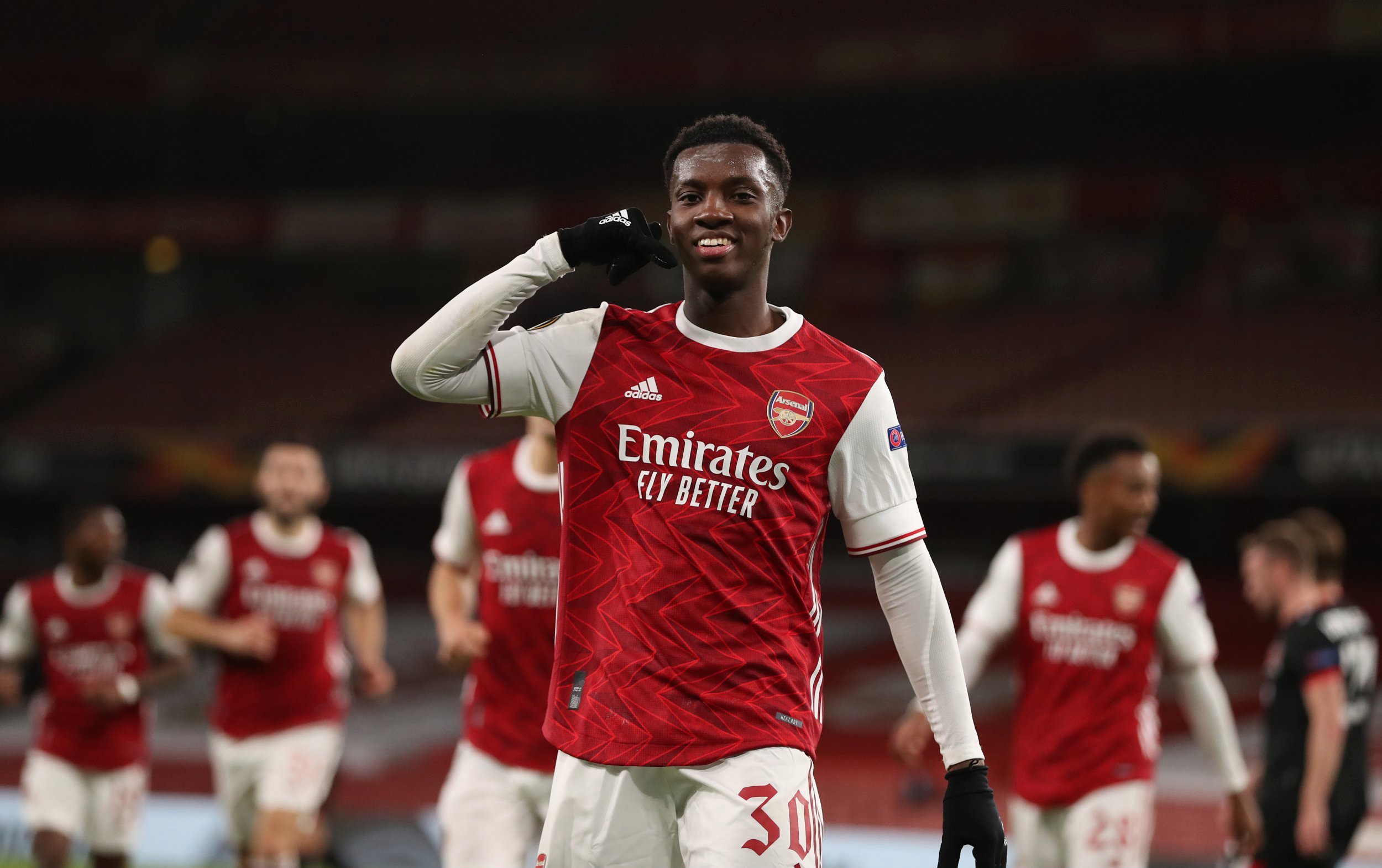 However, David Moyes will have to look elsewhere for a new frontman, with the Gunners expected to keep hold of Nketiah this month.

Nketiah has entered the final 18 months of his contract at the Emirates, and has struggled for game time in recent weeks following the resurgent form of Alexandre Lacazette.

The former Leeds loanee hasn't featured at all for the Gunners in the Premier League since their 2-1 defeat at Everton in December.

He was also an unused substitute in Saturday's 2-0 extra-time win over Newcastle in the FA Cup third round.

The 19-year-old is expected to leave the Gunners on a free transfer this summer, with several clubs in Europe said to be interested.

With a move for Nketiah seemingly dead in the water, West Ham look set to turn their attention to the Championship in their search for a replacement for Haller.

CASINO DEALS: BEST SIGN UP OFFERS TO CLAIM OVER £700

The Hammers have been linked with Bournemouth's Josh King as well as Watford forward Ismaila Sarr.

King, 28, was the subject of a £13m bid from West Ham in the summer transfer window, but will face competition from Everton and West Brom in the race to sign the Norwegian, whose contract expires at the end of the season.

While reports this week suggested the Irons were weighing up a £30m offer for 22-year-old Sarr, who can play out wide or through the middle.