ARSENE WENGER will return to the dugout to manage a Saudi dream team in a special one-off match against PSG next year.

The former Arsenal manager, 71, will take charge of Saudi sides al-Hilal and al-Nasr when they take on French giants PSG in the Riyadh Season Cup in January 2022. 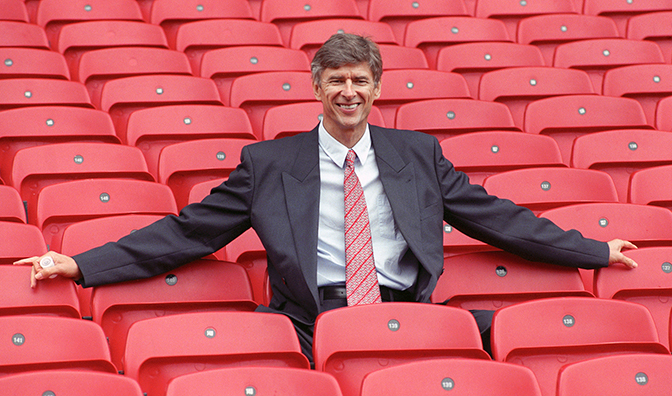 The best players of two of the Saudi league's biggest clubs will come together under Wenger to take on Mauricio Pochettino's star-studded PSG side.

The chairman of Saudi Arabia’s General Entertainment Authority, Turki al-Sheikh, said in a tweet on Sunday:“The great international coach Arsene Wenger was signed to lead the stars of al-Hilal and al-Nasr against Paris Saint-Germain in the Riyadh Season Cup.”

The event will form part of Saudi Arabia’s Riyadh Season 2021, a mega-event which is expected to run from October 2021 to March 2022.

The event will also see Barcelona take on Boca Juniors for the Maradona Cup on November 25, in honour of the late Argentinian superstar on the date he died last year.

Wenger is currently Fifa's Chief of Global Football Development and has recently helmed plans to revamp the World Cup and hold it every two years, instead of every four.

The Frenchman's proposals have been widely criticised by the football community, with Wenger's former player Thierry Henry saying: "I played four World Cups and [three] Euros and I came out of them shattered mentally.

"And it’s not about the games I played in it, it's the preparation for the World Cup, coming back from the World Cup after a season at your club.

"So if you play that every two years, mentally it’s tough for a player."

Despite the opposition, Wenger has defended the proposal, suggesting it is an opportunity to develop football globally and heighten the stakes in the international game.

He said: “It is a fact that we are moving to 48 countries at the World Cup from 2026, with Africa going from five spaces to nine.

“And it is the repeated travelling of the current schedule that is more detrimental than the number of games.”

Some well-known ex-players are in favour of the plans, however, with Brazilian legend Ronaldo, 45, saying: “The whole world stops to look at this competition. It is a beautiful experience and we should have it every two years. I have no reservations or doubts.”

Former Man Utd keeper Peter Schmeichel, 57, added: “I played for Denmark for 14 years and only went to one World Cup so I am very positive about it.”

The plans will be subject to a vote from Fifa's 211 member associations, which will likely not take place until May next year.

Though if the proposal is approved, Uefa President Alexander Ceferin has suggested that European and South American countries would boycott the tournament.