ROMELU LUKAKU is back – after coming off the bench to end his goal drought.

The £98million striker scored his first Premier League goal since September – and you would have bet your house on him finding the net against Aston Villa. 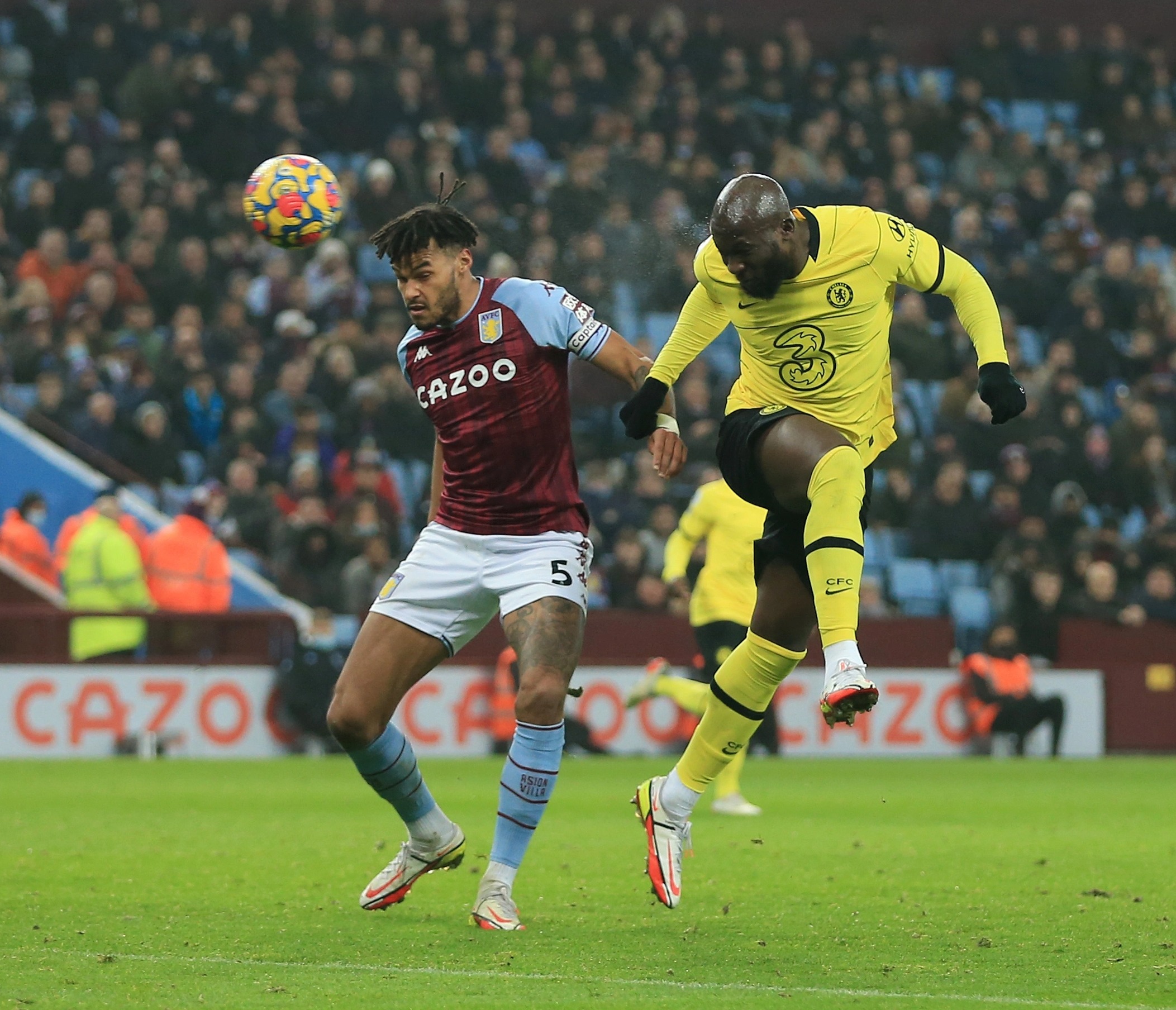 Lukaku needed just 11 minutes to turn the game Chelsea’s way and make sure that they cling on to free-scoring Manchester City in the title race.

And he rounded off his display by winning a stoppage-time penalty which saw Jorginho score his second penalty of the game.

Defeat at Villa Park would have seen them trailing Pep Guardiola's side by nine points.

Chelsea fell behind when Reece James diverted Matt Targett’s cross into his own goal.

But Chelsea did not take long to get back on level terms when the recalled Callum Hudson-Odoi was brought down in the area by Matty Cash – and penalty-king Jorginho converted from the spot.

The introduction of Lukaku changed the game though after Thomas Tuchel’s side’s first-half display had matched their recent form which had seen them win just one league game in four.

Lukaku had been left on the bench by Tuchel who felt that the striker was not fit to play 90 minutes after testing positive for Covid.

But if there was one team you could have been certain of him scoring against, it was Villa.

Lukaku has netted in his last SEVEN matches against them.

And his nine goals in ten league games where Villa have been the opposition mean Lukaku has not scored more against any team in his career in the big five European leagues.

But it was a very different story before the break.

Villa were finding holes in Chelsea’s defence in the early stages – and Tuchel moved to put that right with two key substitutions at the back, as well as having Lukaku spearhead the attack with Christian Pulisic looking ineffective.

It meant Tuchel had a better Christmas than last year when he was sacked as PSG boss.

But it needed a different approach after the break to keep Villa at bay.

Villa boss Steven Gerrard tested positive for the Covid over Christmas and it was announced late on Saturday that he would not be on the bench.

But he kept in constant touch with coaches Gary McAllister and Michael Beale through a phone link throughout the game. 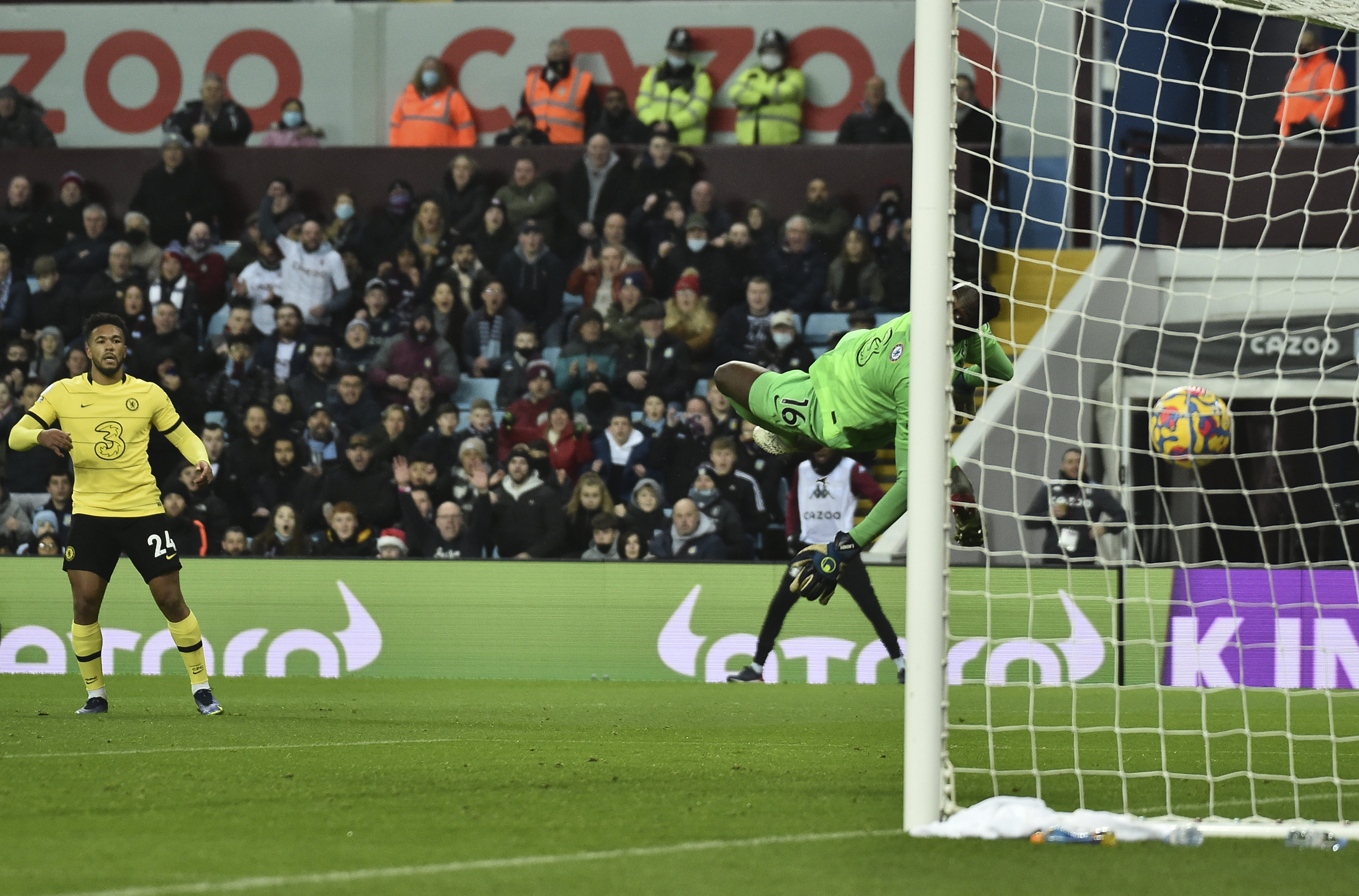 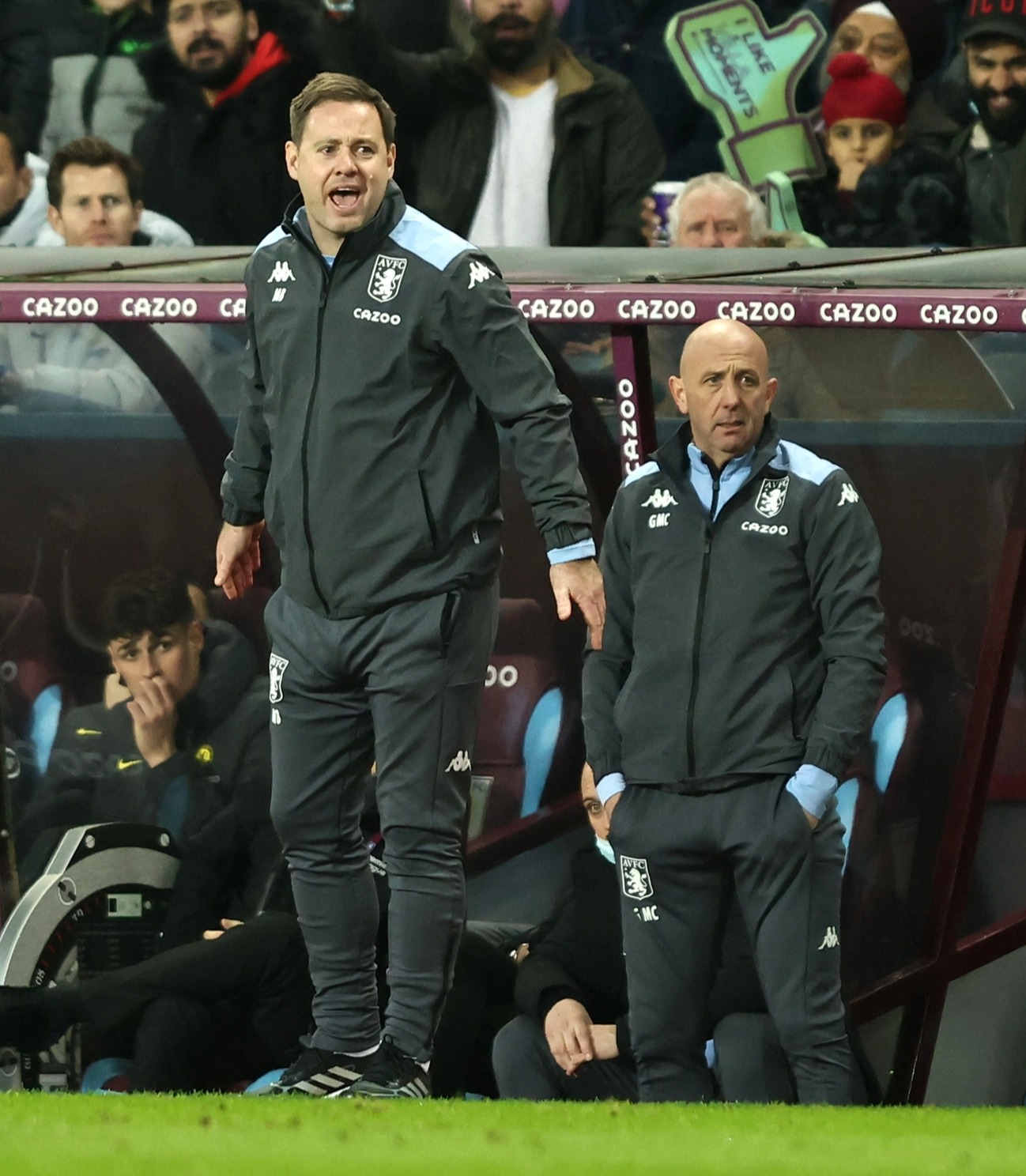 And it was confirmed that Gerrard was not showing any symptoms when he returned a positive test.

McAllister was last in temporary charge of a Villa side 11 seasons ago when he stood in for the ill Gerard Houllier.

As well as Gerrard missing from the bench Villa were also without the influence of John McGinn in midfield and the experienced Ashley Young.

Tuchel brought back Hudson-Odoi but Lukaku was left on the bench.

Villa started well and Emi Buendia almost put the recalled Danny Ings in on goal – and then set up Ollie Watkins whose ball was aimed at Ings but cleared by Thiago Silva.

And Villa continued to find gaps in the Chelsea defence early on.

Chelsea inched their way into it and Cash had to head a deep James cross to safety.

But then a similar delivery from Mason Mount bounced on to the top of the crossbar as Tuchel’s men began to show some threat.

Yet it was Villa who got some luck in front of goal to take the lead after 28 minutes.

Some neat interplay between Jacob Ramsey and Watkins ended up with Targett crossing from the left. 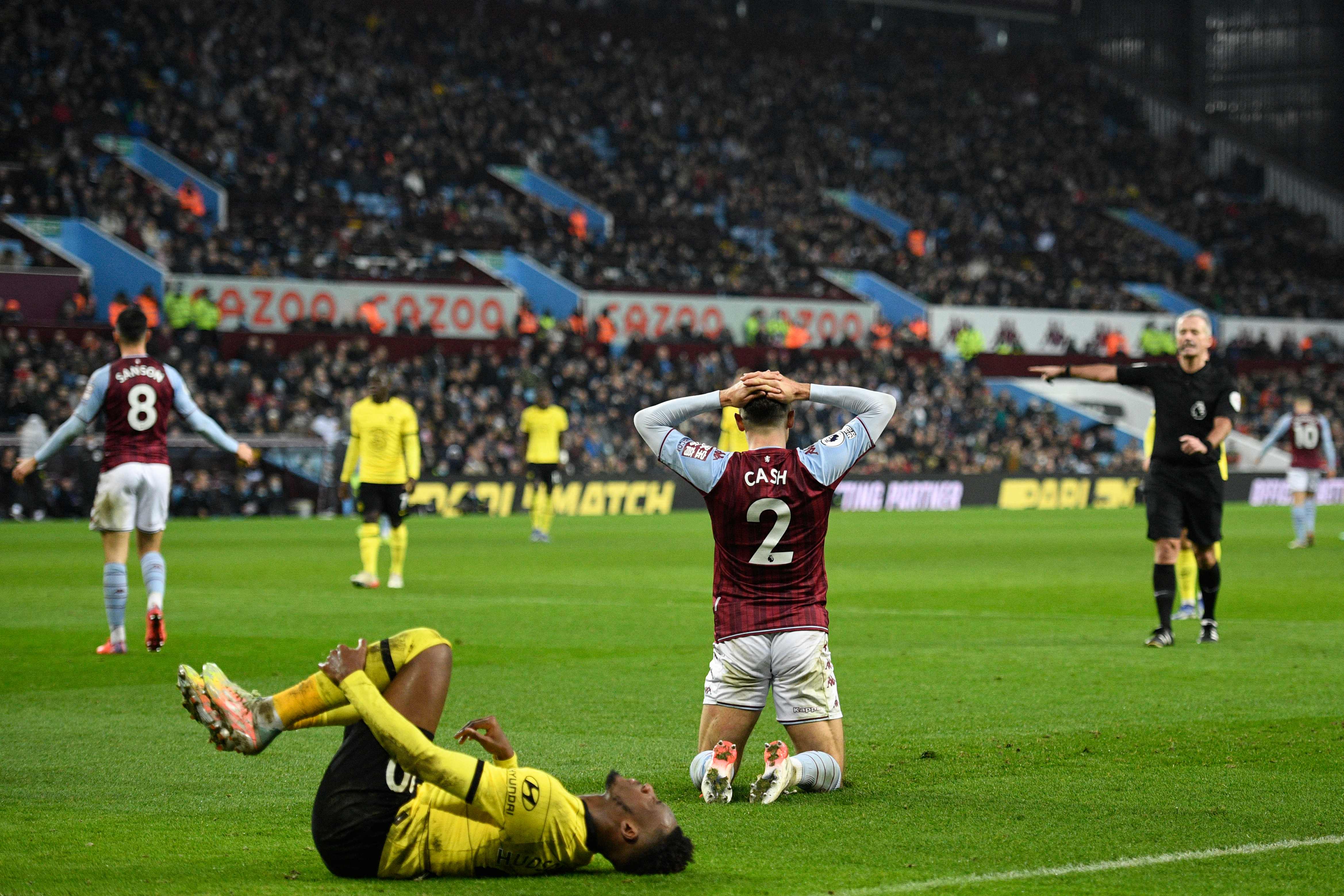 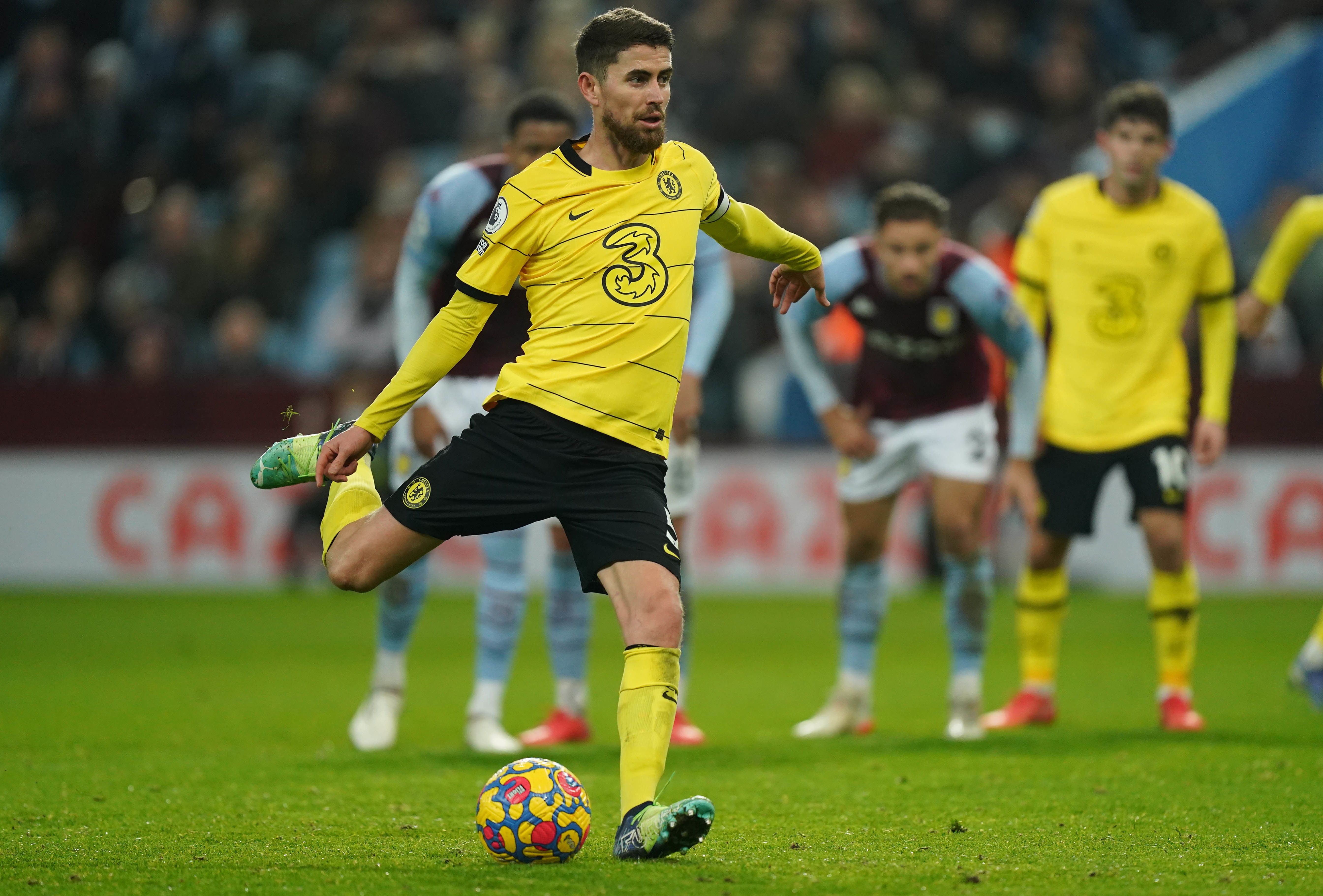 It did not look a dangerous effort but James got his head to it and diverted the ball into the net past a stranded Edouard Mendy – for the first own goal of his career.

But five minutes later, Chelsea were back on level terms when Cash brought down Hudson-Odoi in the area.

Villa keeper Emi Martinez tried to match Jorginho with some mind games of his own, but it was of no use as he collected a yellow card and the midfielder sent the Argentine the wrong way to score.

That made it five penalties in the last six games – including the EFL Cup win over Brentford – for the Brazil-born Italian – who added another in stoppage time.

Mendy reacted quickly six minutes before the break as Buendia played in Watkins – but the Chelsea keeper beat him to the clearance.

Villa stepped up the intensity before the break as they reacted well to losing the lead.

But for Chelsea, they continued to look toothless with Pulisic – two goals in 13 senior games before this – looking anonymous.

It was clearly Chelsea’s defence that was worrying Tuchel as he took off Trevoh Chalobah at the break, and Thiago early on in the second half.

That meant Lukaku coming on – and, after 55 minutes, announced his return with a goal.

Hudson-Odoi’s cross seemed to leave Villa skipper Tyrone Mings unaware of the danger posed by Lukaku who beat the England defender with ease to head home. 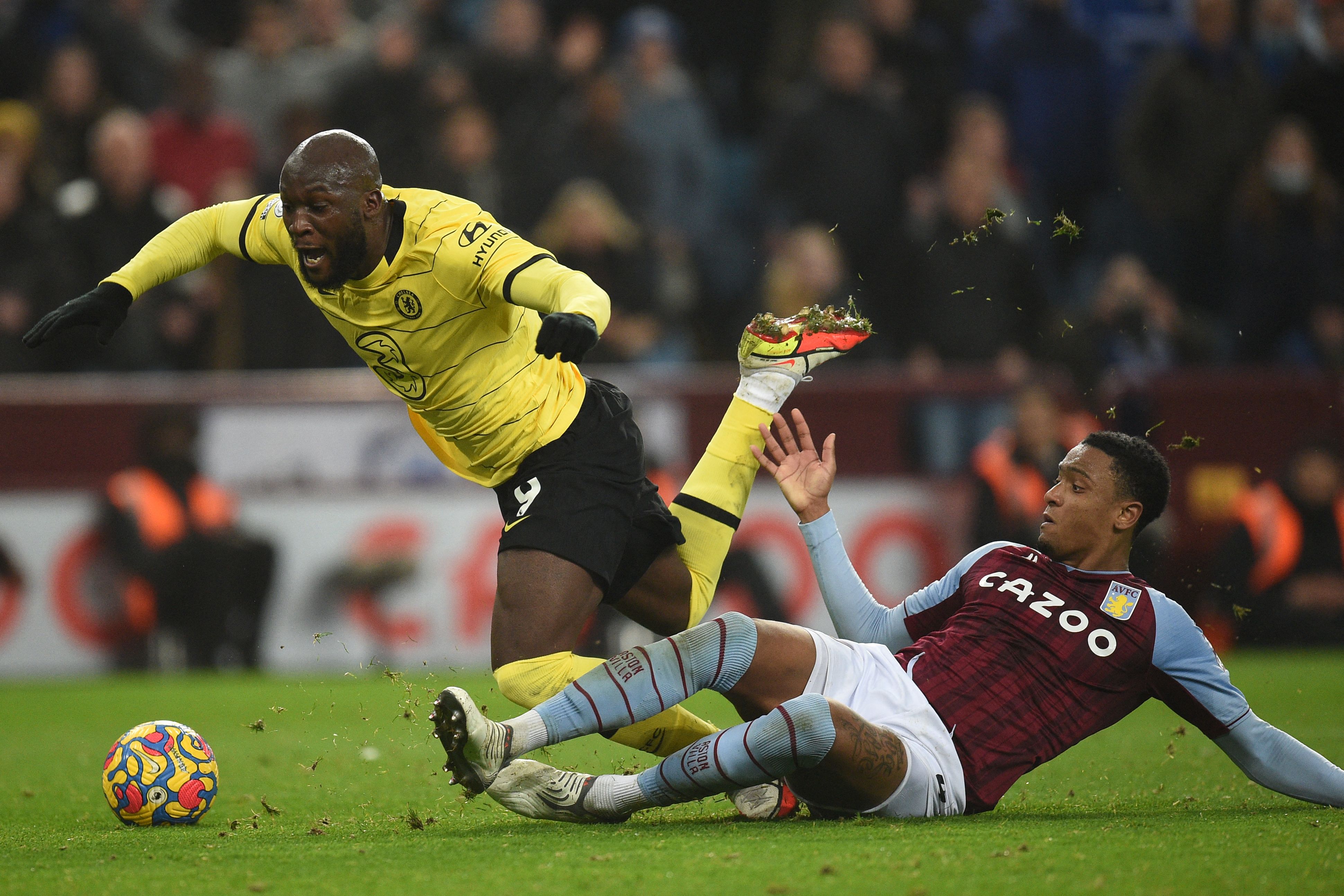 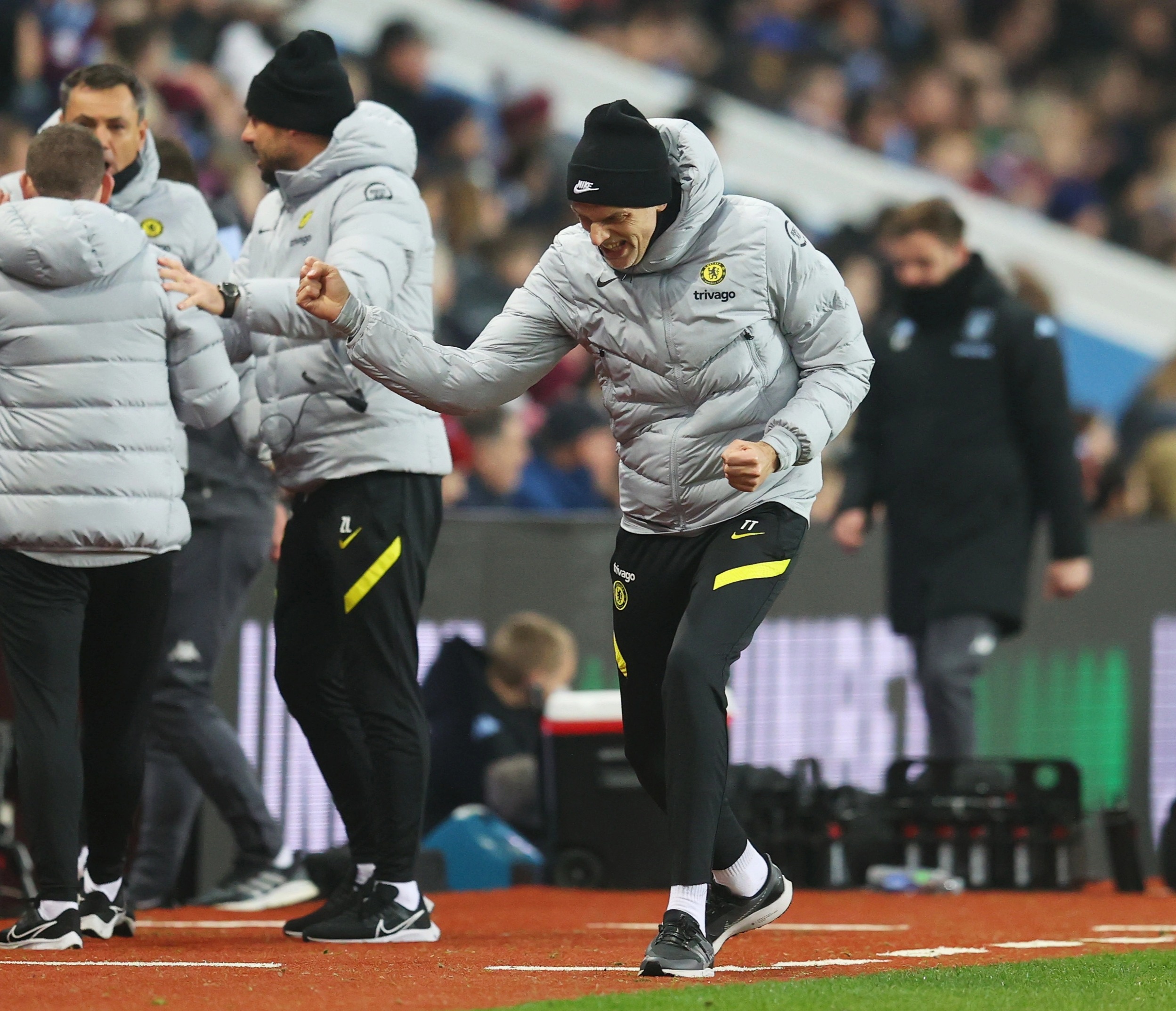 But Chelsea should have made it three 12 minutes later when Mount found himself through on goal but stuck the ball into the side netting.

The unmarked Lukaku and Hudson-Odoi pointing to their feet said it all.

Hudson-Odoi was denied a goal with two minutes left when Martinez produced a superb save.

But Lukaku was too much for Villa again in the closing moments, brushing off target before Ezri Konsa brought him down and Jorginho made no mistake again.

It means Villa have yet to beat a recognised top four side since Gerard took over as manager – following defeats to Manchester City and Liverpool.