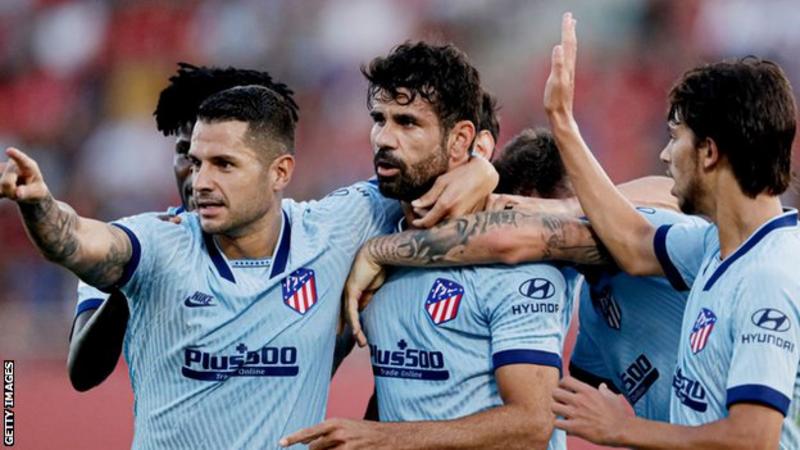 La Liga have asked the Spanish Football Federation (RFEF) for permission to hold December’s match between Atletico Madrid and Villarreal in Miami.

Both clubs have agreed to the proposal to hold the 6 December fixture at the Miami Dolphins’ Hard Rock Stadium.

La Liga previously failed in an attempt to move Barcelona’s meeting with Girona to Miami in January.

The RFEF and the players’ union (AFE) were both vocal in objecting to the move on that occasion.

La Liga signed up to play one game a season in the US as part of a 15-year deal with media company Relevent in 2018.

Relevent chairman Charlie Stillitano began a legal case against US football authorities in September, after the United States Soccer Federation blocked the company’s plans to host games in the US.

La Liga president Javier Tebas said: “This match would be a further push in La Liga’s internationalisation strategy, which is giving all clubs good results. We believe that on this occasion, we will be able to carry out this positive opportunity for everyone, like they already do in other leagues like the NFL and the NBA, outside of their borders.”

Atletico Madrid chief executive Miguel Angel Gil Marin added: “We would be able to bring Spanish football closer to the fans and followers who live outside of our country. It would be a great game, which would show the way to go in the future.”

The Spanish top flight previously filed a lawsuit with a civil court in Madrid in a bid to force the RFEF to approve the match between Barcelona and Girona.

That match also needed the approval of Uefa, US Soccer and the Confederation of North, Central American and Caribbean Association Football (Concacaf).