ALVARO MORATA could reportedly find himself back at Chelsea this summer.

Spanish newspaper AS claims the striker’s loan deal at Atletico Madrid is in danger of being terminated just six months into an 18-month agreement. 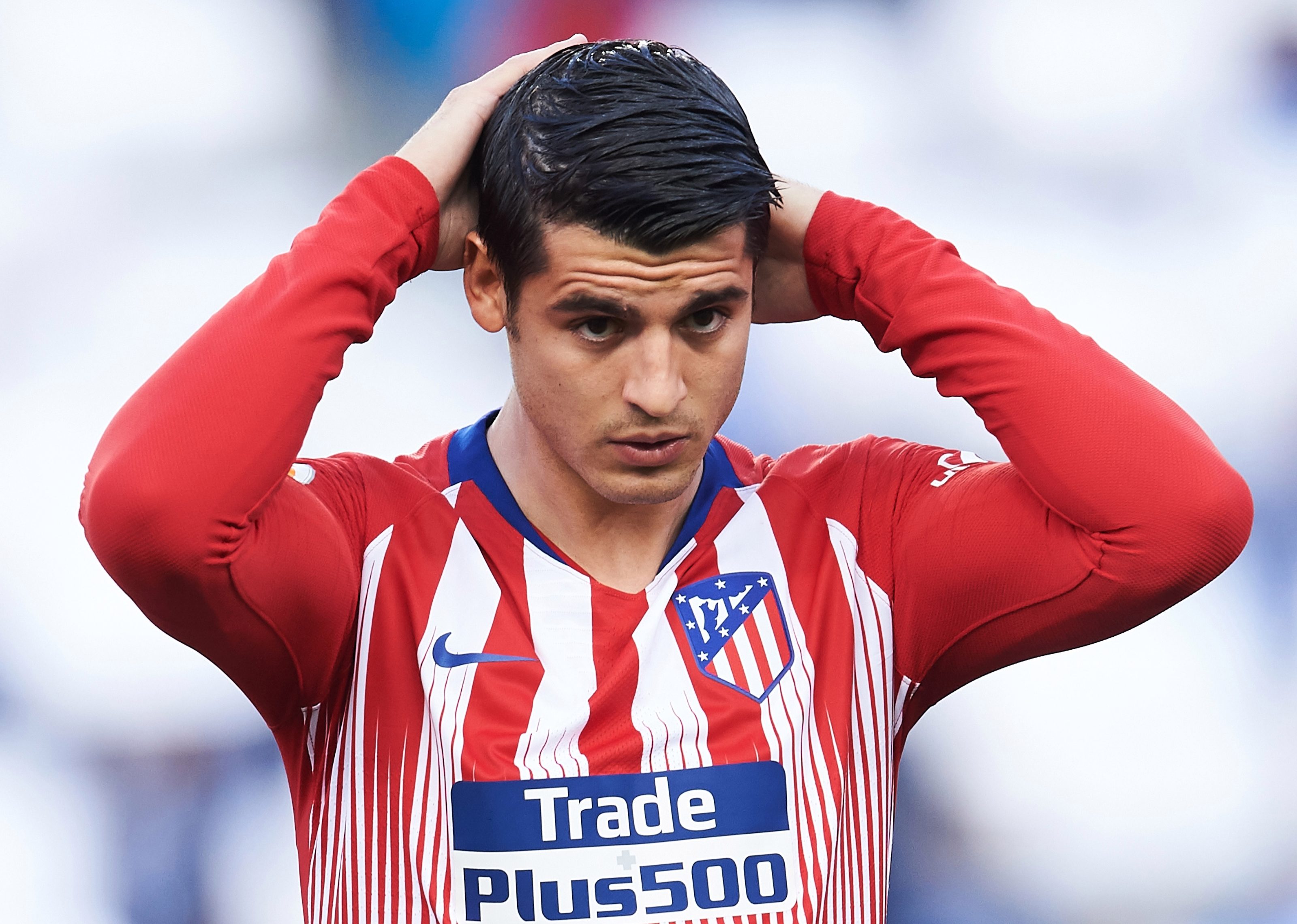 Former Real star Morata returned to the Spanish capital in January after a dismal spell at Stamford Bridge.

Antonio Conte and Maurizio Sarri both failed to get the best out of the troubled forward.

And it was hoped Morata would return to his best form under Diego Simeone.

However, the 26-year-old has scored just six goals in 16 appearances.

And it has since transpired that Atletico will be forced to pay Chelsea £15million to keep Morata at the Wanda Metropolitano until 2020.

It’s reckoned Simeone is assessing his options and weighing up a move for a more effective striker.

And that would see Morata return to Chelsea, with his future in even more doubt.

The Blues have been hit by a two-window transfer ban and are unable to sign any new players.

Sarri was a fan of Morata and could be tempted to give him another chance alongside Olivier Giroud.

However, with Tammy Abraham and Michy Batshuayi also set to return to Chelsea, fans are sure to put Sarri under even more pressure should Morata be given a third chance in the starting XI.