The former Yorkshire all-rounder fought back tears at some points as he recounted several horrendous ordeals. 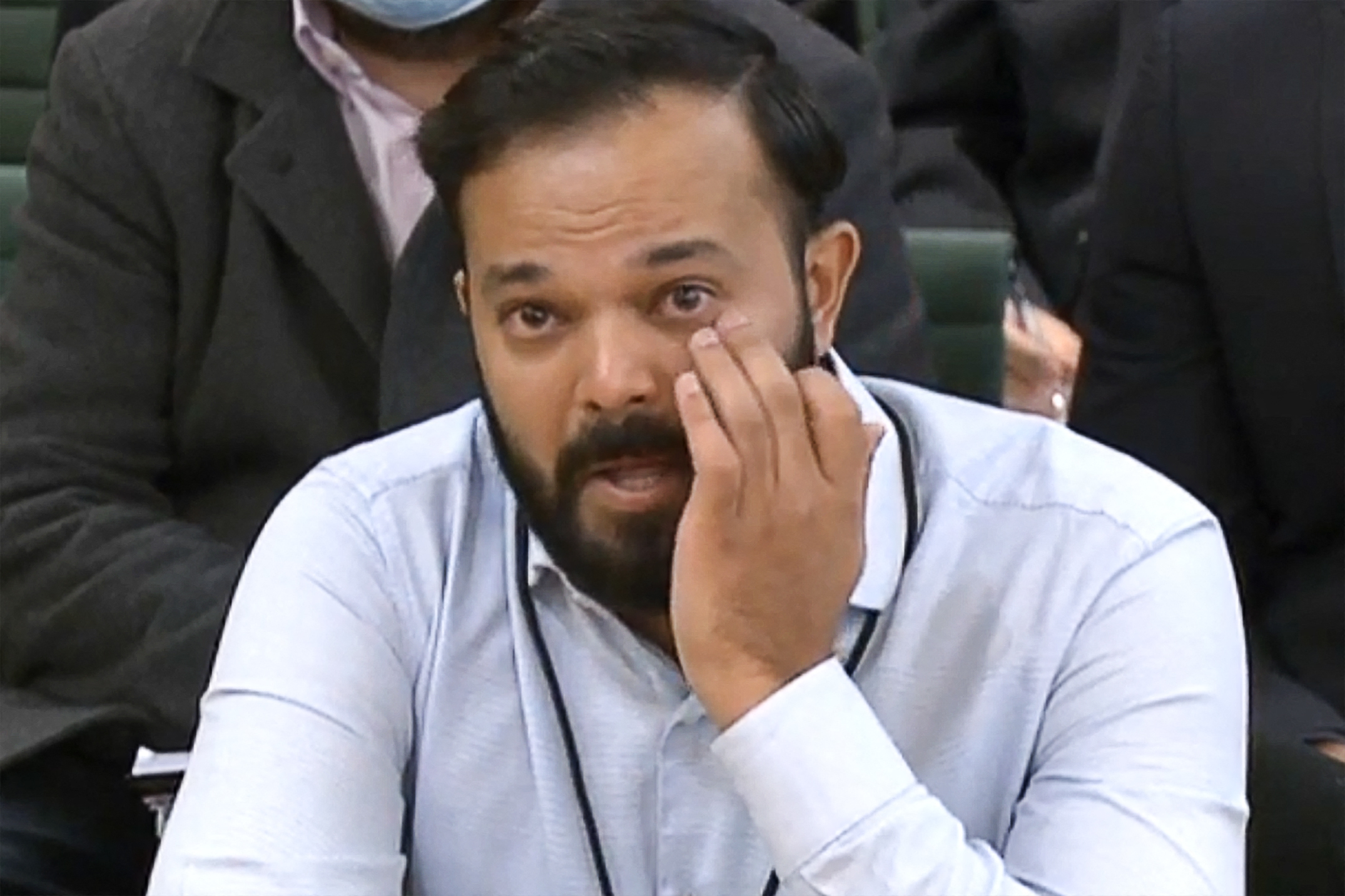 Rafiq provided evidence to MPs after a report concluded he was a victim of 'racial harassment and bullying' – however, Yorkshire said they would not discipline anyone.

At one point, the 30-year-old welled up as he recalled the 'inhuman' treatment by Yorkshire CCC after his unborn child died.

But Rafiq also named nine well-known cricket faces when asked about what he went through, and here is what he said.

Vaughan denies he said to four players of Asian heritage before a game against Notts in 2009: “There are too many of you lot, we need to do something about it.”

Rafiq said: “He may not remember it because it doesn’t mean anything to him, but three of the four Asian players he mentioned do remember it.

"He then used his platform (newspaper column) to discredit me.

"He seems to have taken the same stance as the club – deny, deny, deny.” 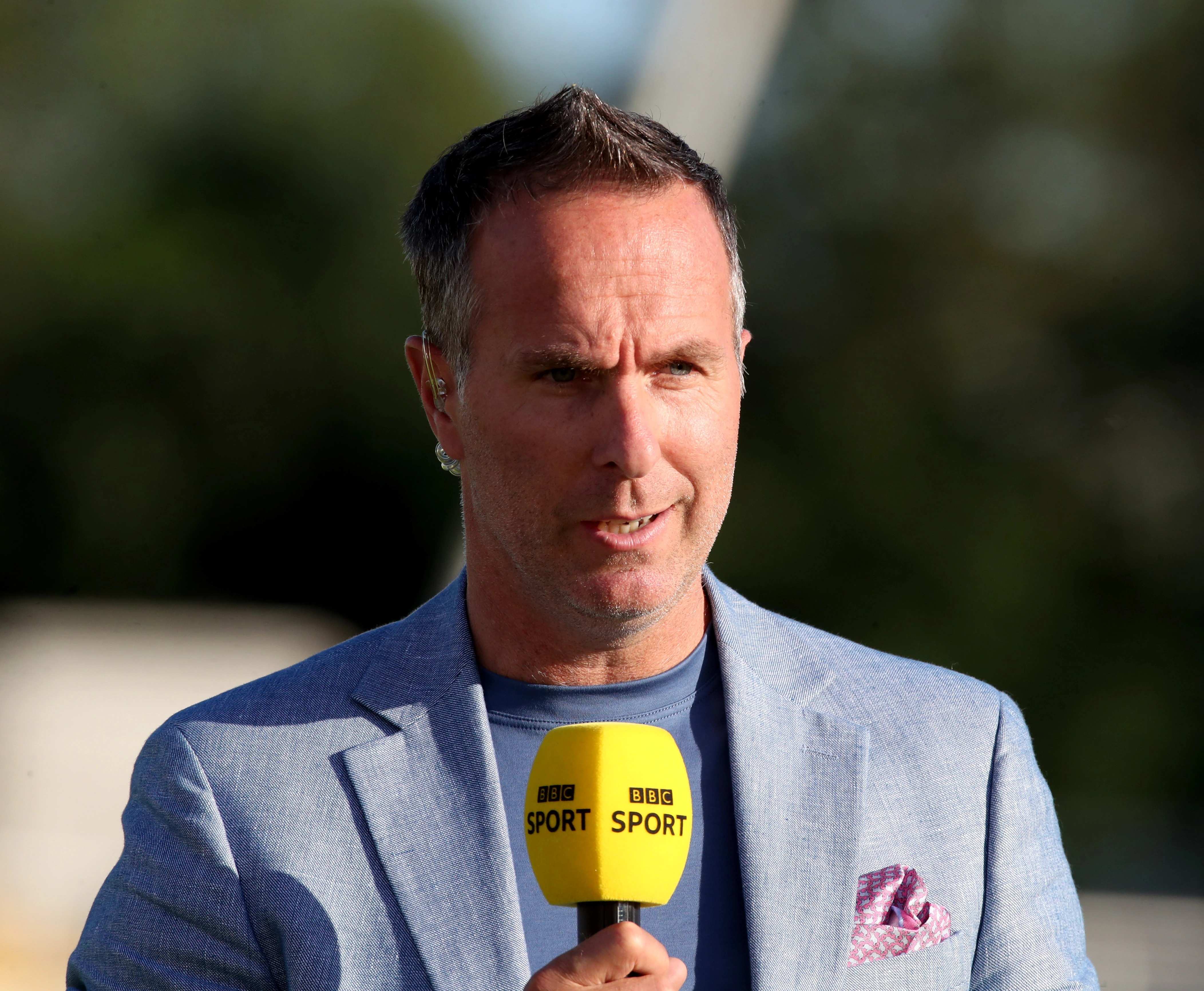 Ballance and Rafiq were once close friends. Ballance admits calling Rafiq 'P***' but said it was good-natured verbal jousting.

Rafiq said: “Gary would regularly make belittling or derogatory comments about my Pakistani heritage like 'don’t talk to him, he’s a P***'.

“At the PCA Awards in 2014, Gary made another racist, belittling comment to a woman about me in front of me.

"I was so fed up that I wanted to hit him and we had to be pulled apart by our agent, Will Quinn.”

Rafiq also said Yorkshire allowed Ballance to miss drug tests and, when he failed a test, said he was out because of mental health issues.

His statement read: "Over the years, YCCC protected Gary Ballance with respect to his drug and alcohol issues, allowing him to miss drug hair sample tests to avoid sanctions.

"When he failed a recreational drug test and was forced to miss some games, the club informed the public he was missing games because he was struggling with anxiety and mental health issues."

A representative for Ballance has denied the allegations after being approached by the BBC. 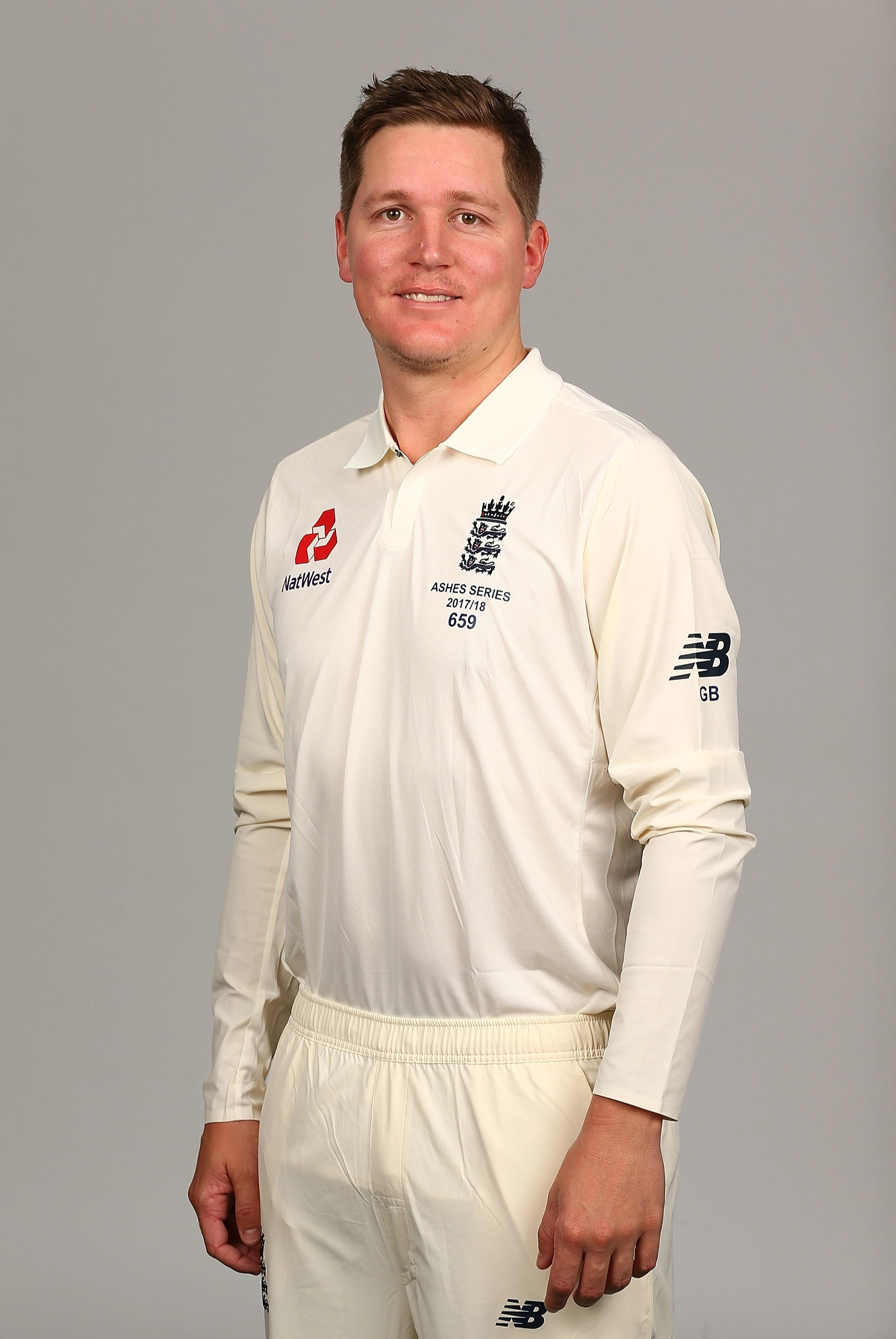 Gale is currently suspended for an historical tweet containing an anti-semitic slur.

Rafiq said: “I was petrified of Andrew Gale and he treated me like I am something attached to the bottom of his foot, which I believe was because of my race.

"There were numerous incidents where I felt that Andrew was aggressive and rude towards me in ways he wasn’t with white players.”

Rafiq said Gale was dismissive of his concerns about the health of his soon-to-arrive baby. The baby died.

Gale is yet to respond. 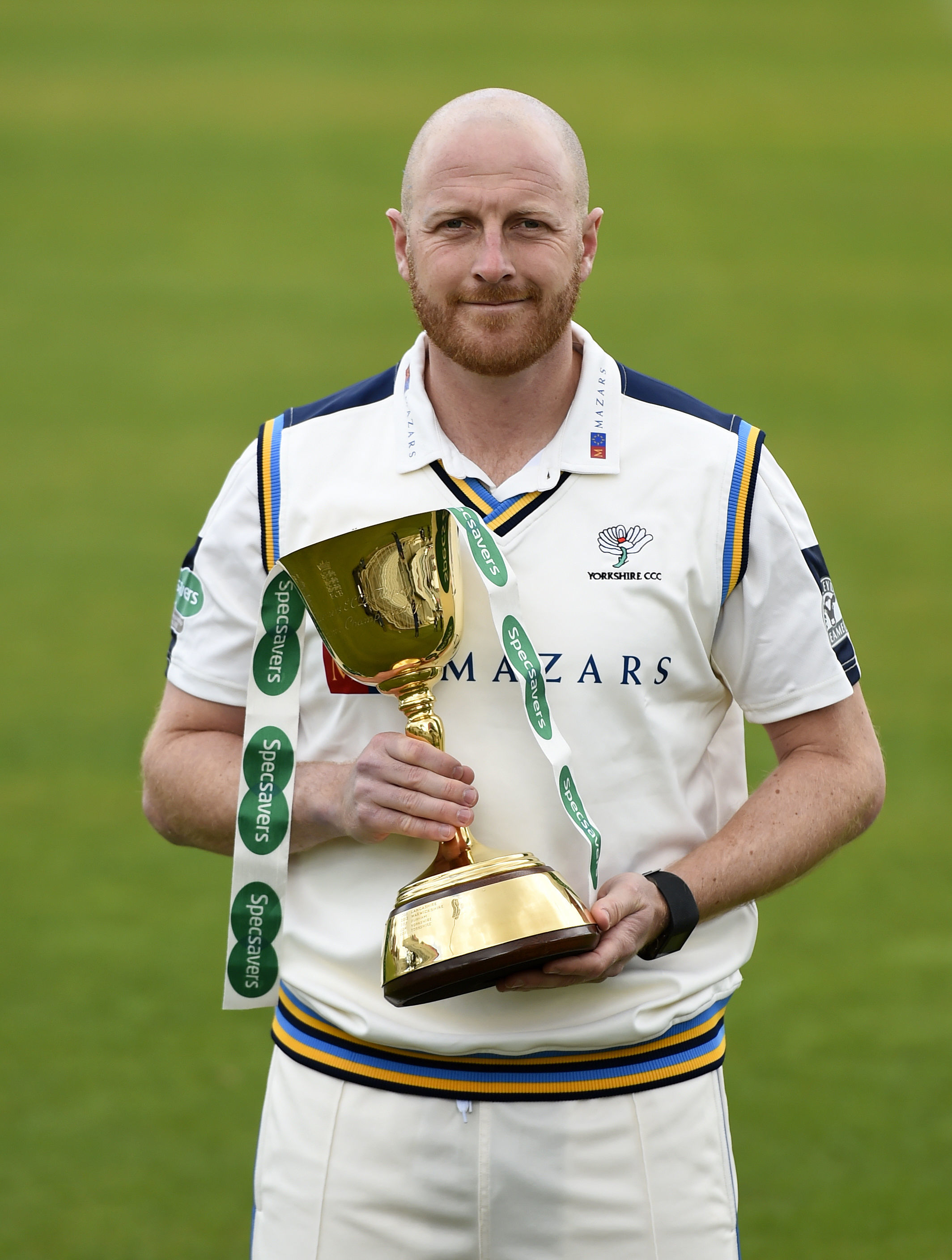 Rafiq claimed Lloyd had said 'getting subs out of Asian players (at cricket clubs) was like trying to extract blood from a stone'.

Rafiq said: “This guy doesn’t even know me, has never spent any time with me, is talking about my personal drinking, going out and socialising.

"That was David Lloyd. Massive, been an England coach, commentator.

"I found it disturbing because Sky are supposedly doing this amazing work on bringing racism to the front and within a week of me speaking out, that’s what I got sent to me.

"I thought, ‘God, there are some closet racists and I need to do something about it'.” 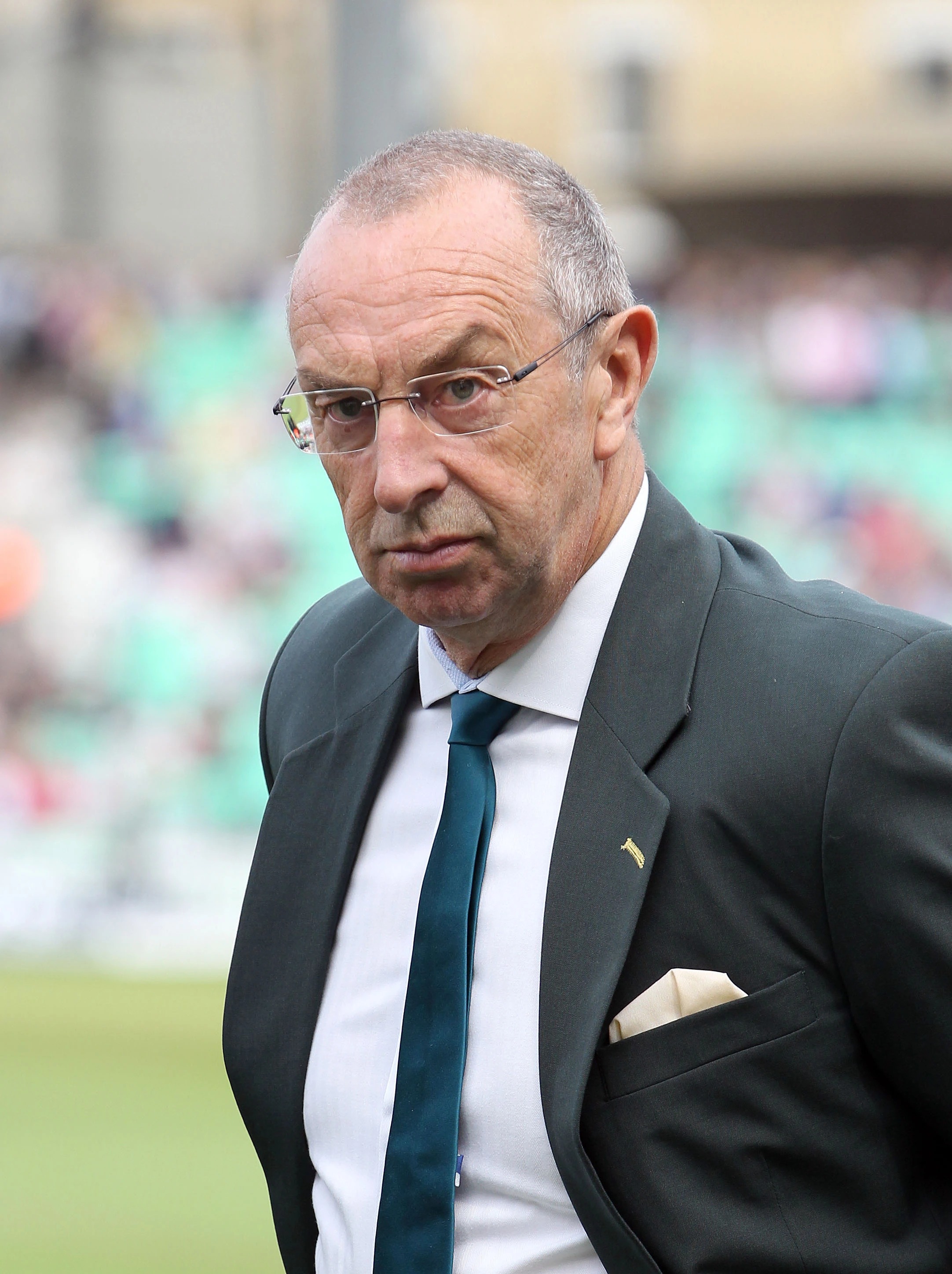 Addressing the claims on social media, Lloyd said: "In October 2020, I had a private message exchange with a third party involved in cricket, about a number of topics.

"In these messages, I referred to allegations about Azeem Rafiq which I had heard from within the game.

"I also made some comments about the Asian cricket community.

"I deeply regret my actions, and I apologise most sincerely to Azeem and to the Asian cricket community for doing this, and for any offence caused.

"I am strongly committed to making cricket a more inclusive sport.

"It is very obvious now that more work needs to be done and I will do everything I can to remove discrimination from the sport I love, and the sport that has been my life for over 50 years."

Lloyd's employer Sky also said: "Sky is committed to actively championing inclusion in cricket – and in all sports – and opposing all forms of discrimination.

"We will be investigating the comments attributed to David Lloyd in today’s select committee hearing."

Rafiq said that 'Kevin' was used as a name for players of colour.

It began with Ballance at Yorkshire and spread to the England dressing-room.

Hales, a good friend of Ballance, even named his dog – a black dobermann – 'Kevin' and Rafiq thinks it was because that was the derogatory name given by cricketers to people of colour.

Hales is yet to respond. 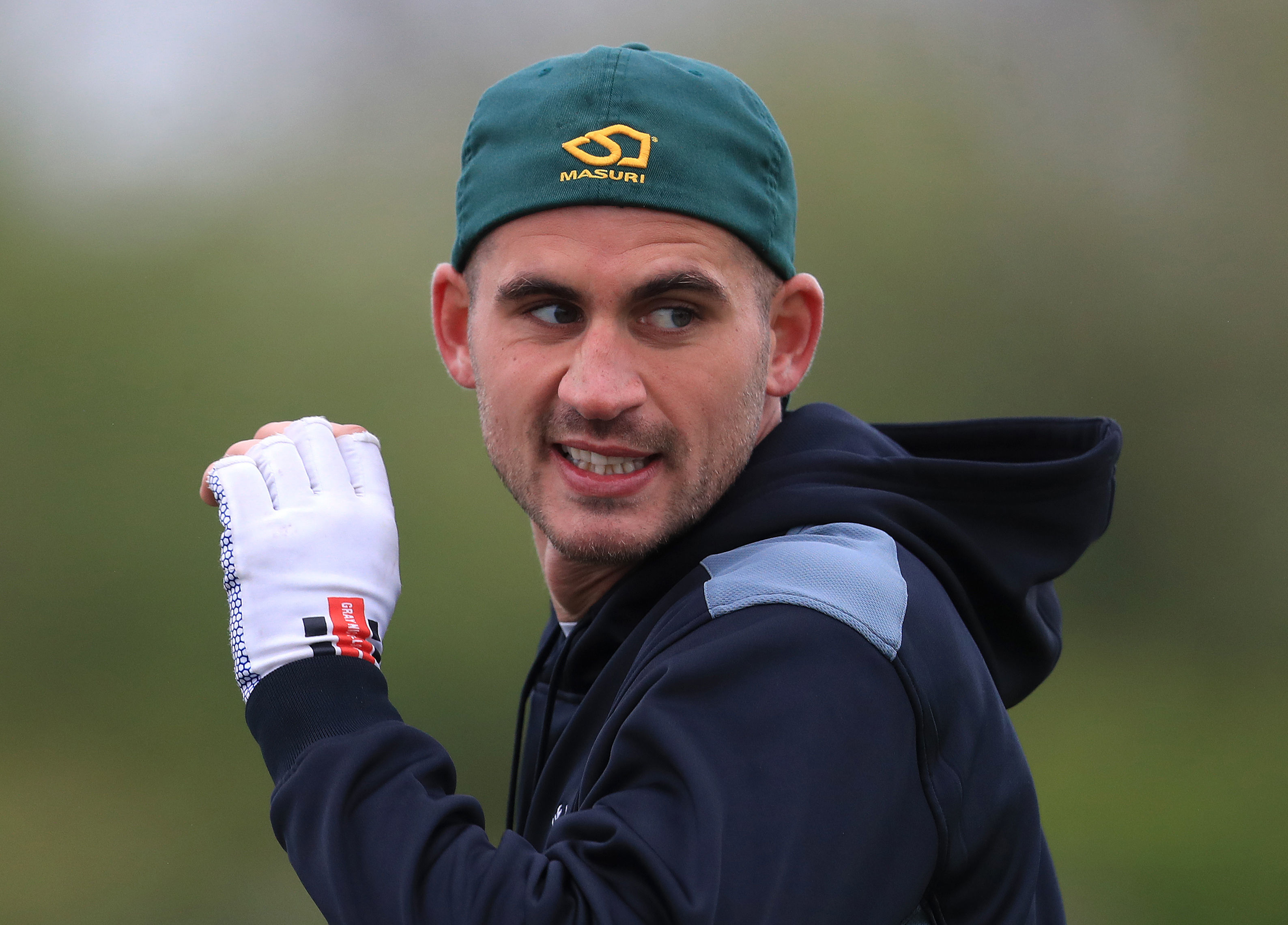 Rafiq said: “Tim was very powerful at YCCC and it is worth noting that Tim and Andrew Gale are related – Tim is Andrew’s brother in-law.

"As with Andrew, Tim frequently made racist comments and was unduly harsh towards me compared to white British players.

“I made a formal complaint against him in 2017.

"Six or seven players made a complaint about Tim Bresnan that year but it was me who was portrayed as the troublemaker.” 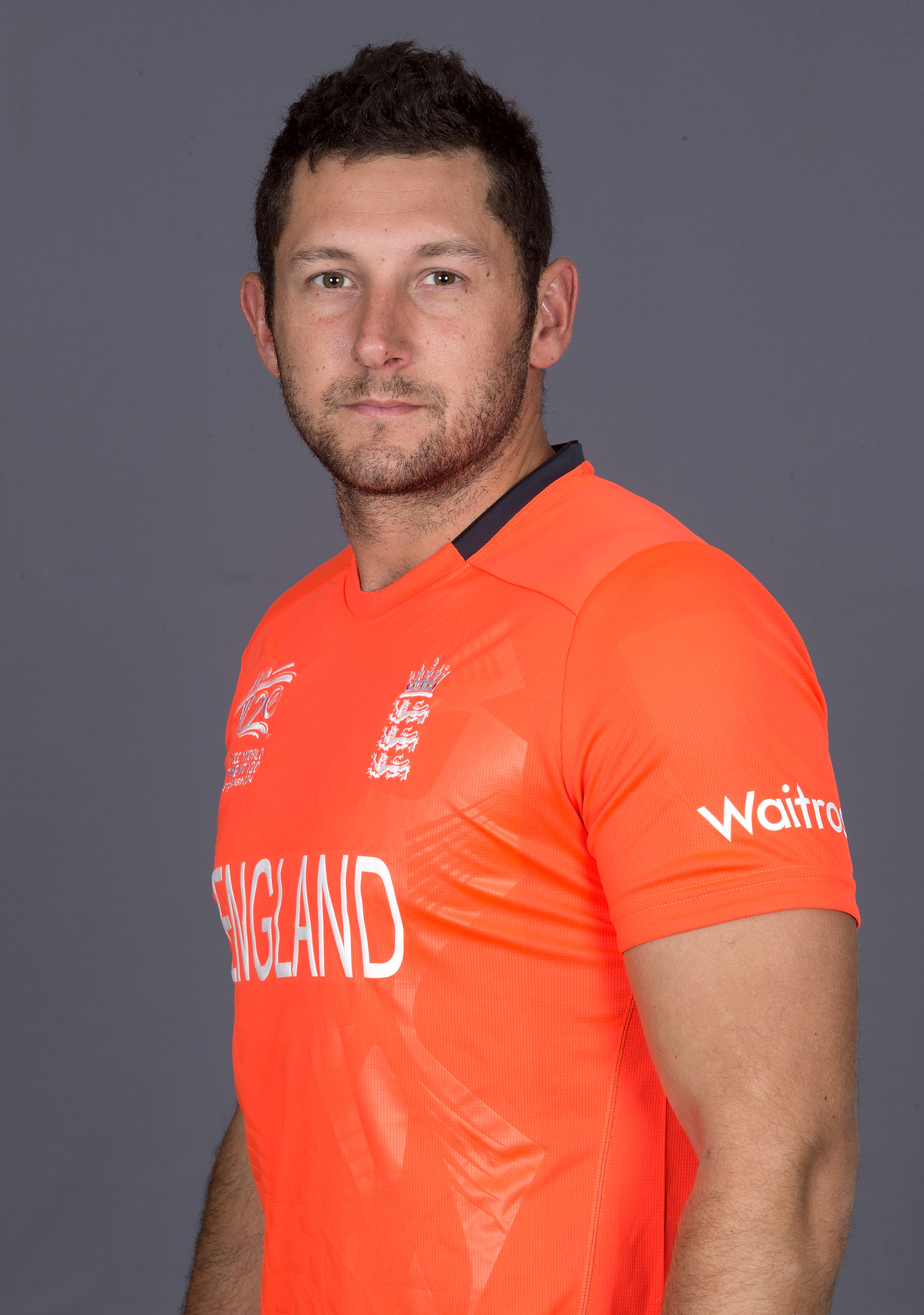 Bresnan released a statement on Twitter on Tuesday afternoon which read: "I have been made aware of the bullying claims made against me and have listened to Azeem Rafiq's account of his time at Yorkshire CCC today with great distress, as I'm sure everyone will have done.

"For any part I played in contributing to Azeem Rafiq's experience of feeling bullied at Yorkshire, I apologise unreservedly.

"Following the publication of Azeem's witness statement from the employment tribunal, which I saw for the first time this afternoon, I must though categorically deny his accusation that I 'frequently made racist comments'.

"That is absolutely not true."

Rafiq said: “It was Hoggy who started calling me ‘Raffa the Kaffir'.

"The comments from Hoggy towards myself and the other Asian players – Adil [Rashid], Ajmal [Shahzad] and Rana – were constant, on a daily basis.

"He would also call us things like ‘elephant washers’ and P***.’

“After my Sky interview, I took a phone call from Matthew Hoggard.

"And he basically said, ‘I didn’t realise… I’m really sorry if some of the comments made you feel the way you describe. I just want to apologise'.

"When someone does that, I was like, ‘Mate, thank you, really appreciate it'.” 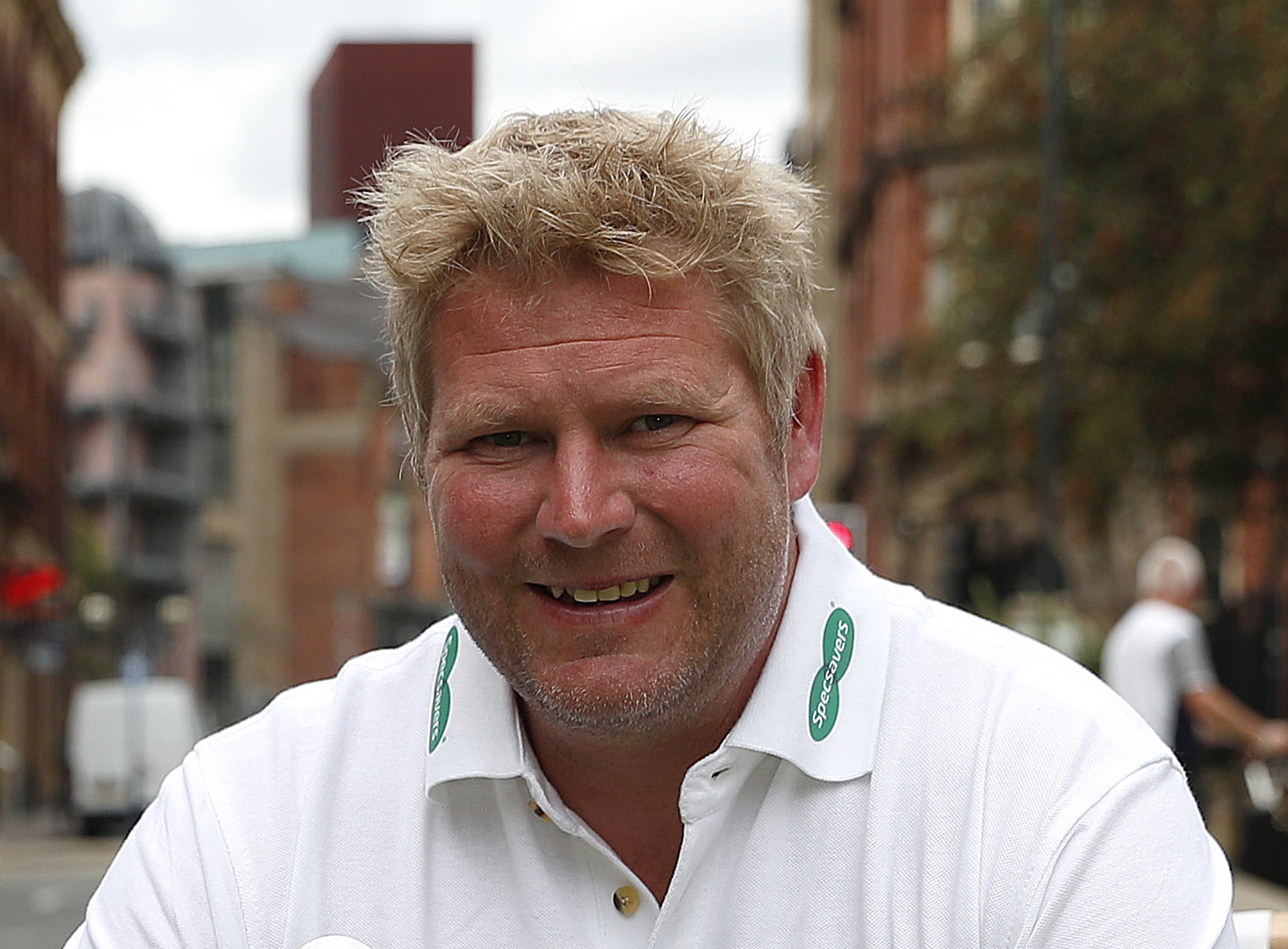 Rafiq said Moxon was in charge for much of his time at Yorkshire and ignored or failed to stop the racist comments.

On his first day back after his son died, Rafiq claimed: “Martyn Moxon literally got me in a room and ripped the shreds off me.

"I’ve never seen him speak to anyone like that through my time at the club. I couldn’t believe it.”

Moxon is currently signed off sick and is yet to respond. 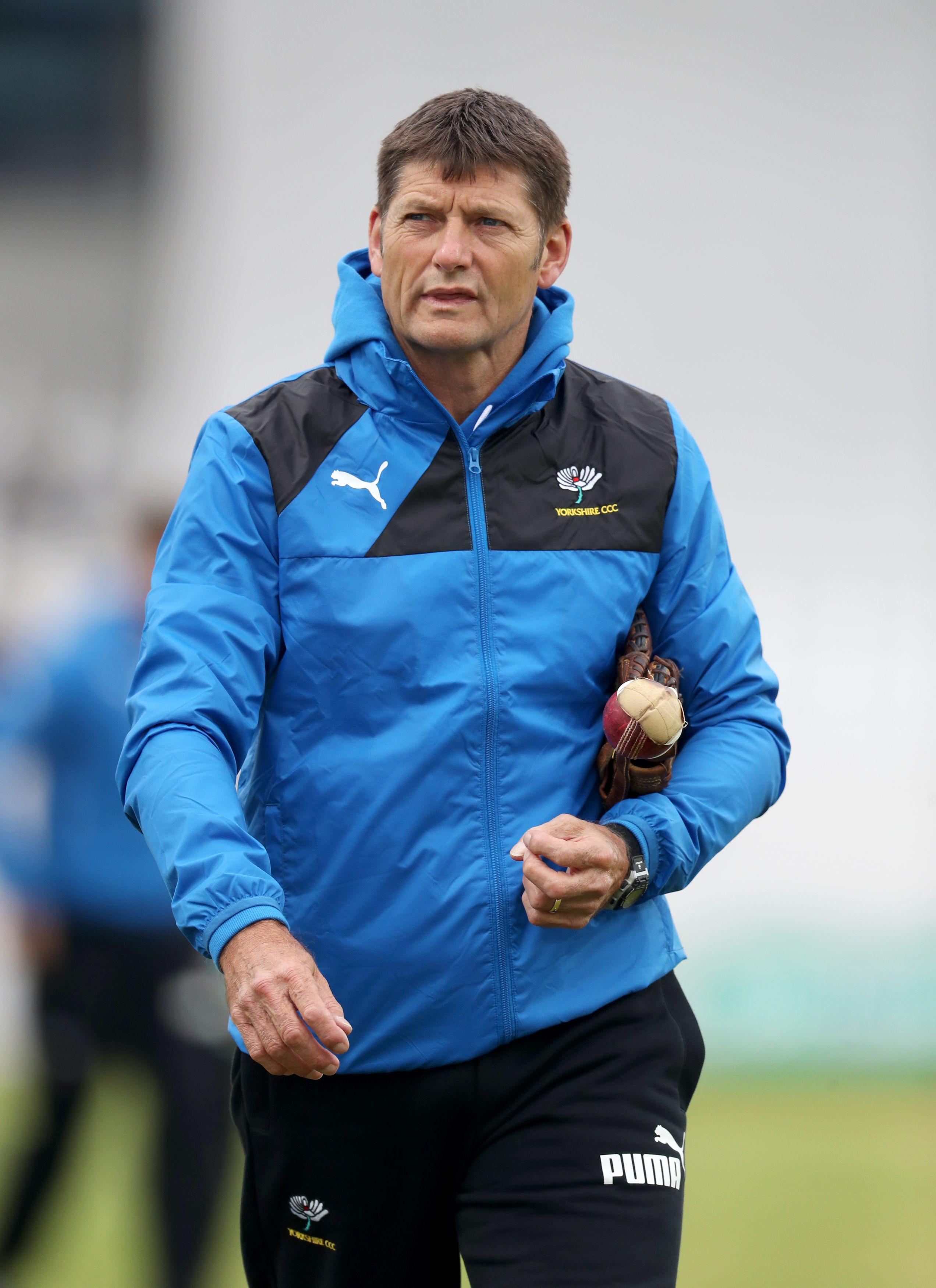 Rafiq said he was 'incredibly hurt' by Root’s claim which he said was 'strange'.

He added: “Joe Root is a good man. He never engaged in any racist language.

"But Rooty was Ballance’s flatmate and was involved in those social nights out where I was called a ‘P***’.

“He might not remember but it shows how normal it was that even a good man like him doesn't see it for what it is.” 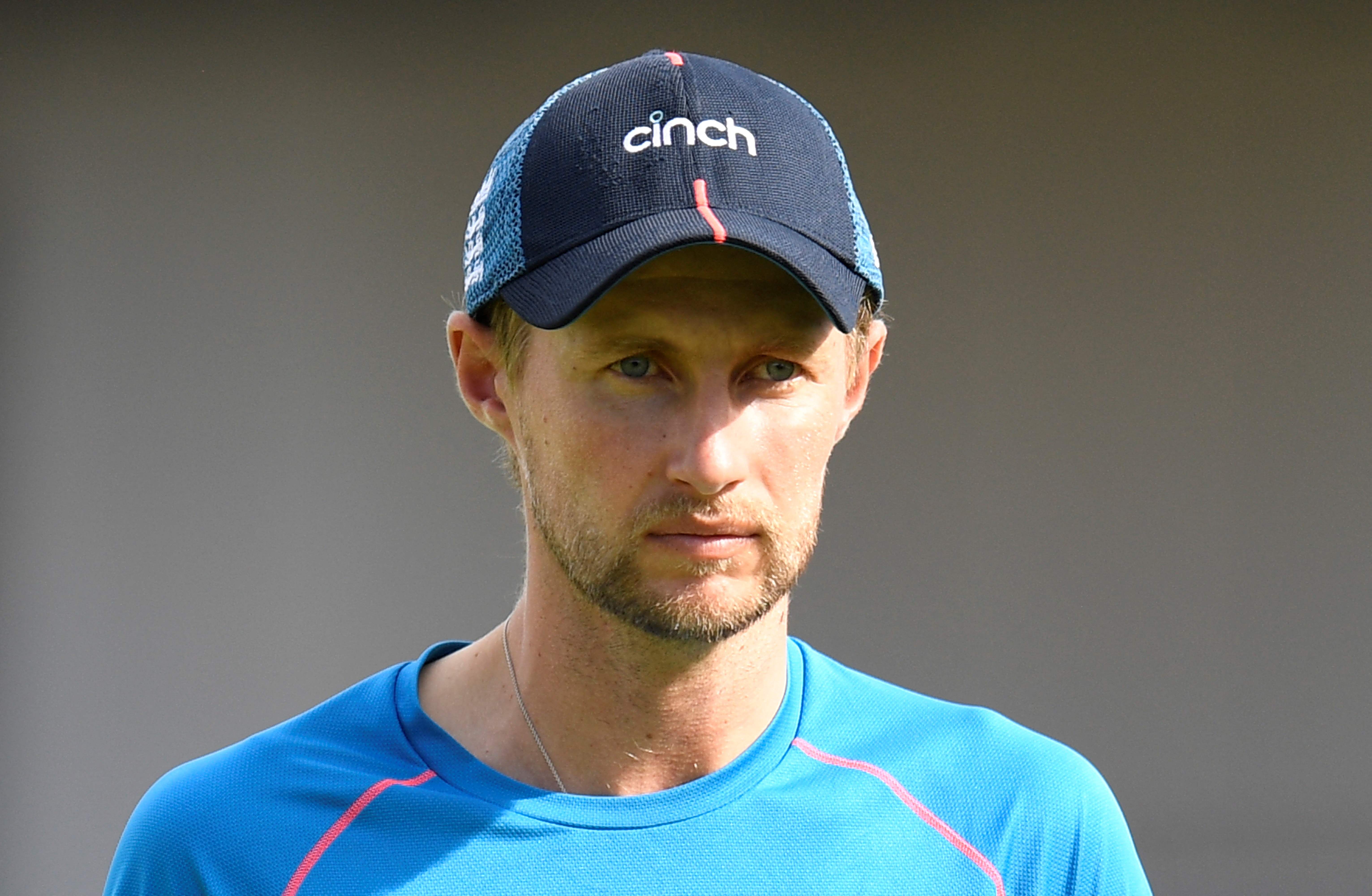