Irishman Connolly, 21, had not netted since a 3-3 draw against Wolves on January 2 but scored twice here in the first half to see off the Swans. 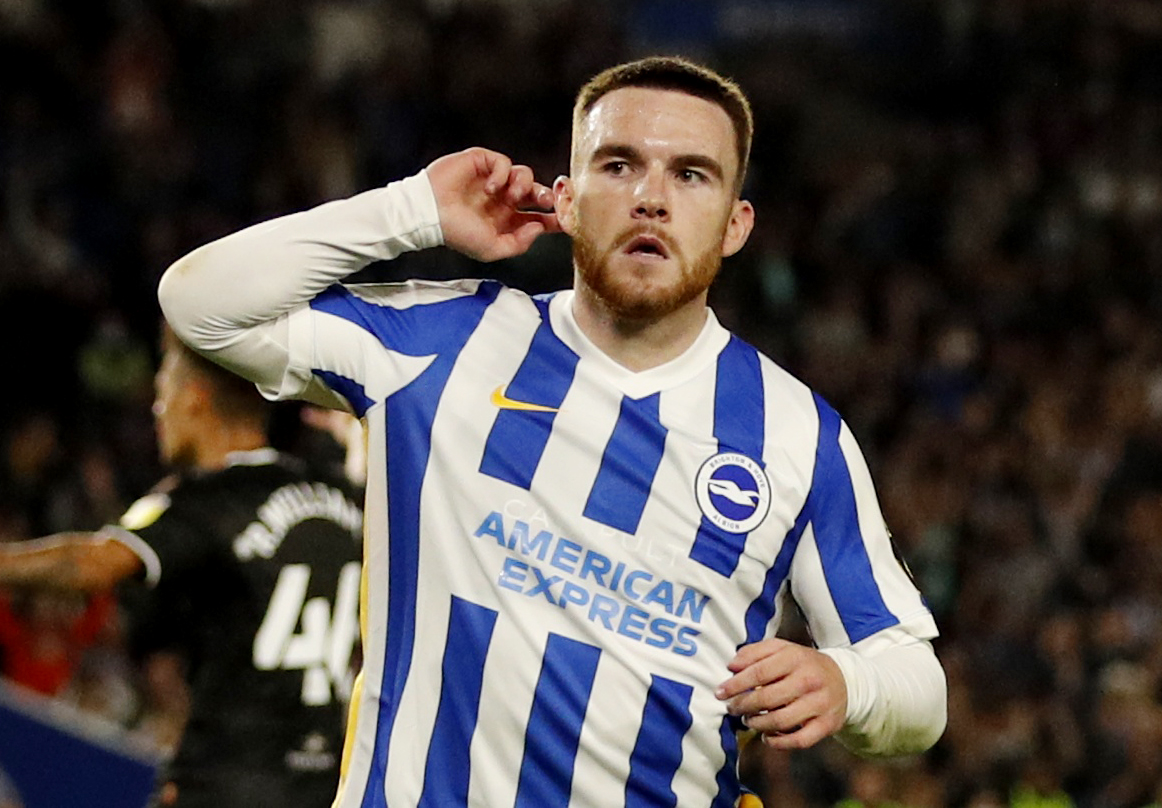 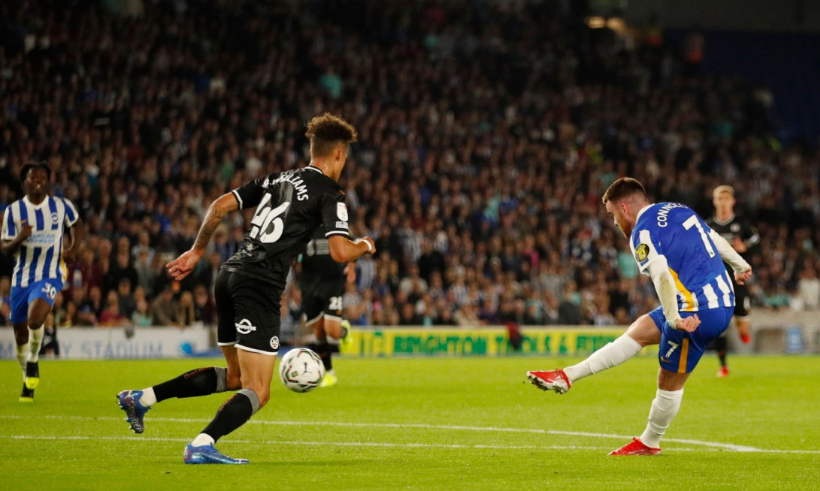 It was a satisfying night all round for Graham Potter against his old club as he saw Lamptey successfully complete 45 minutes following nine months out with a hamstring injury.

The result made it six wins in seven games in all competitions for high-flying Albion.

They did it too despite making ELEVEN changes to the team that beat Leicester on Sunday.

Midfield youngsters Taylor Richards and Marc Leonard caught the eye on a rare appearance – with the latter only starting due to Enock Mwepu picking up an injury in the warm-up.

Potter hailed Swansea’s appointment of Russell Martin the build-up, believing the Welsh side will be back in the Premier League one day if they stick with their new boss.

Possession obsessive Martin can look back on a few chances missed in an even game.

But his side were ultimately undone by Connolly’s ruthlessness. 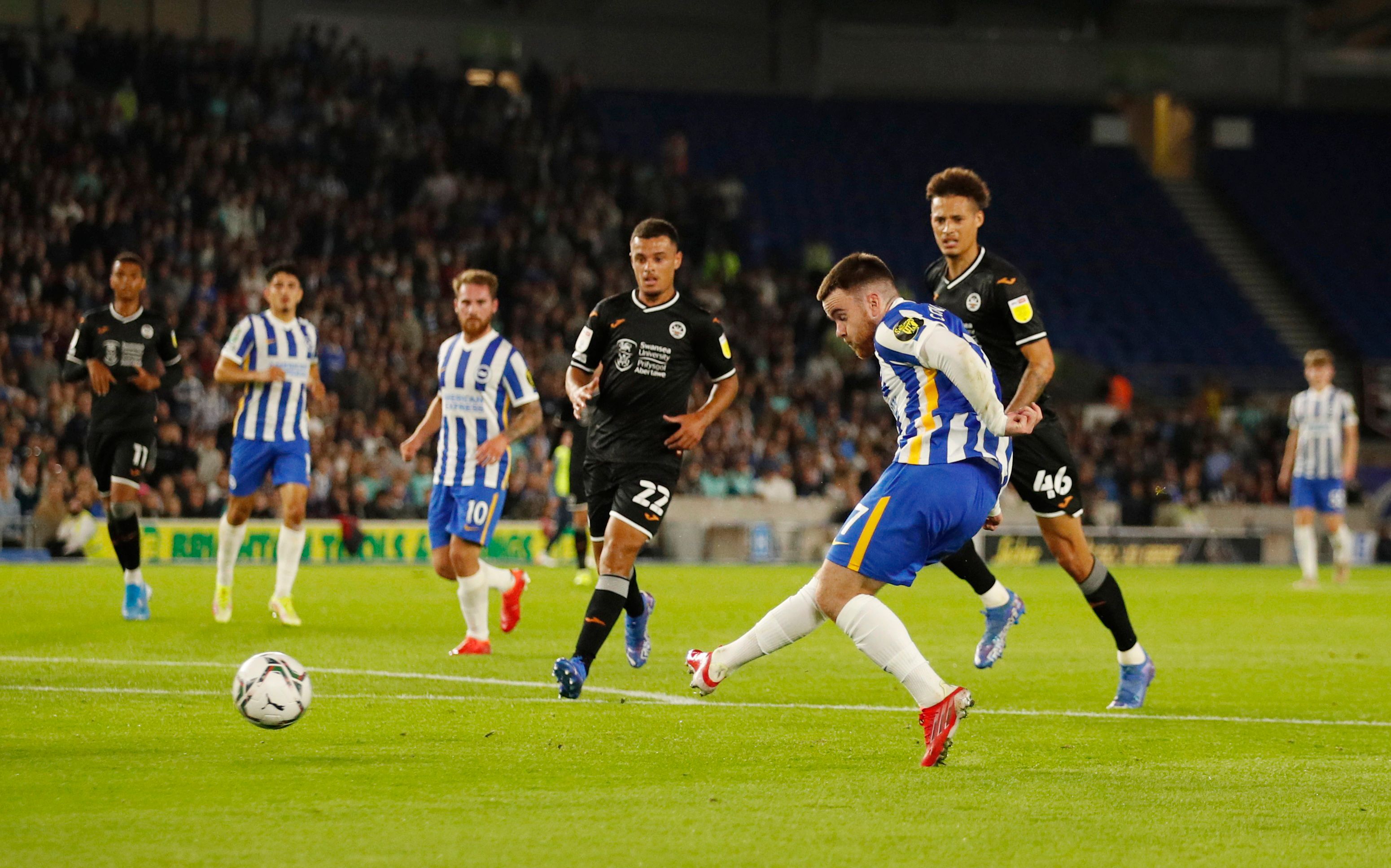 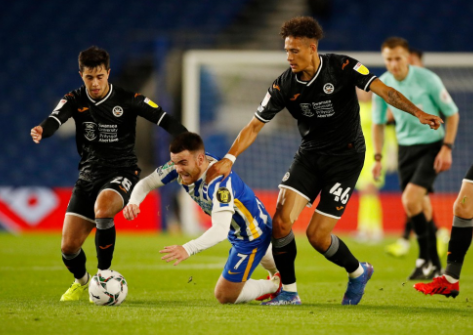 His first came ten minutes before the break and had a touch of fortune to it with a big deflection helping the ball past keeper Steven Benda.

Yet Connolly’s excellent second touch after receiving Alexis Mac Allister’s through ball before he fired off his shot showed his quality.

It underlined just why Potter has shown so much faith in a player who had only netted six career goals before last night and has had off-the-field problems.

The confidence gained from that opener was clear as Connolly coolly dispatched his second just before the break.

Again, Mac Allister fed the forward but he still had much to do as he ran at the defender and curled a fine shot into the far corner.

Swansea struck the woodwork twice through Liam Cullen and Korey Smith in the second half.

But Brighton held them off and even handed forgotten man Jurgen Locadia his first Seagulls appearance in more than two years, before fellow sub Pascal Gross almost broke the crossbar with a late free-kick.