Past major champions Bryson DeChambeau and Patrick Reed both will join the LIV Golf Invitational Series, according to multiple reports, giving the Saudi-funded competitor to the PGA Tour two more big names to go along with Dustin Johnson and Phil Mickelson.

LIV Golf’s first event is this week outside London, but DeChambeau and Reed are not in the field. They reportedly will take the course for the new league at its next tournament, to be held June 30-July 2 outside of Portland, Oregon. Reed originally was scheduled to play in this week’s Canadian Open on the PGA Tour but withdrew on Tuesday. 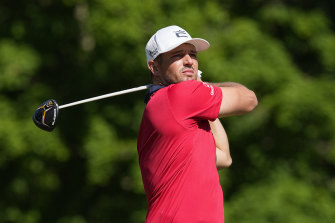 Both men have qualified to play in next week’s US Open, a tournament DeChambeau won in 2020. On Tuesday, the USGA announced that golfers who had qualified for the tournament would be allowed to play, no matter their tour affiliation.

PGA Tour Commissioner Jay Monahan has threatened to permanently ban any player who takes the course for LIV Golf, though a number of LIV golfers – including Johnson, Kevin Na, Louis Oosthuizen, Sergio Garcia, Charl Schwartzel and Branden Grace – have preempted any punishment by resigning from the PGA Tour.

The LIV tour reportedly will pay Johnson and Mickelson more than $US100 million ($139 million) each simply to join the new league. Such financial-driven motivation does not sit well with four-time major winner Rory McIlrory, who has maintained a steadfast devotion to the PGA Tour.

“Any decision you make in your life purely for money doesn’t usually end up going the right way. I’ve had that before, a couple times in my life,” McIlroy said on Wednesday ahead of this week’s Canadian Open event on the PGA Tour. 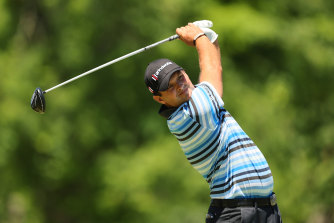 Requests for comment from LIV Golf and representatives of DeChambeau and Reed were not returned, and it’s unclear whether DeChambeau and Reed have forfeited their PGA Tour membership. On Tuesday, DeChambeau committed to play in the PGA Tour’s Travellers Championship, which takes place later this month during the week between the US Open and the second LIV Tour event.

At the Memorial last week, DeChambeau said leaving the PGA Tour was not worth the risk.

“I think that’s mostly – a lot of it is private,” said DeChambeau, an eight-time winner on tour. “There’s not really any conversations that need to be made about that, other than the fact that, like, every person out here has their own opinion on it. Me, there’s obviously a lot of conversation. For me, I personally don’t think that at this point in time I’m in a place in my career where I can risk things like that.”

Both DeChambeau and Reed, the 2018 Masters champion, have battled recent injuries and illnesses that have caused them to tumble down the world rankings. DeChambeau has been dealing with a torn left hip labrum for a few years and also hurt his left hand last fall, injuries that were exacerbated in February when he slipped while playing table tennis during a February tournament in Saudi Arabia. He underwent surgery on his hand in April and has played in only one tournament since, missing the cut at last week’s Memorial (he has missed the cut in four of his last five tournaments).

Reed had a case of double pneumonia last August that at one point had him fearing for his life. This calendar year, he has missed four cuts and has only one top-10 finish, at last month’s Charles Schwab Challenge.

DeChambeau, who ascended to No. 4 in the Official World Golf Ranking after the 2021 PGA Championship, has slipped to No. 28. Reed, who rose to No. 7 in the world last year, sits at No. 36. Their move to the LIV circuit means it now will feature six of the world’s top 50 golfers and 20 of the top 100.

DeChambeau and Reed are two of the most polarising players in professional golf. Already seen as one of the sport’s most cerebral players, DeChambeau bulked up significantly during the early coronavirus pandemic, becoming the longest driver on tour, but he also has gotten into feuds with both fellow pro Brooks Koepka and with on-course rules officials. Reed has been at the centre of multiple rules controversies over his career.

Still, their fame and their status as past major champions represent two more big wins for LIV golf in its nascent battle with the PGA Tour.

PGA Championship winner Justin Thomas on Wednesday said the LIV-associated golfers are free to do as they choose but also called the PGA Tour “the best place to play in the world”.

“I’ve thought a lot about it and it’s just like, people are entitled to choose as they wish. Like, I don’t dislike [Johnson] now, I don’t think he’s a bad dude, I’m not gonna treat him any differently. He’s entitled to choose as he wishes,” Thomas said during a news conference ahead of the Canadian Open. “Now, I’m disappointed, and I wish that he and others wouldn’t have done it but that’s their decision. I’ve said it all along: Guys can do as they wish. If they want to go, they can go; if they want to stay, they can stay. Selfishly, I know the PGA Tour is the best place to play in the world.

“I wish it wouldn’t be taking away from the great storylines and the things that are going on on a tour that’s been around for a very long time and is in one of the best places it’s ever been. I’m just bummed that those guys won’t be a part of it.”

“I haven’t really noticed anyone missing this week. Maybe outside of DJ,” he said of Johnson, who also had committed to play in the Canadian Open before announcing his move to LIV Golf.

News, results and expert analysis from the weekend of sport sent every Monday. Sign up for our Sport newsletter.