BURNLEY boss Sean Dyche has got footie fans wagging their tongues by naming an extremely-rare perfect starting XI for their clash with Liverpool.

The Clarets will face the Merseysiders at Anfield this afternoon looking to pick up their first points of the new Premier League season. 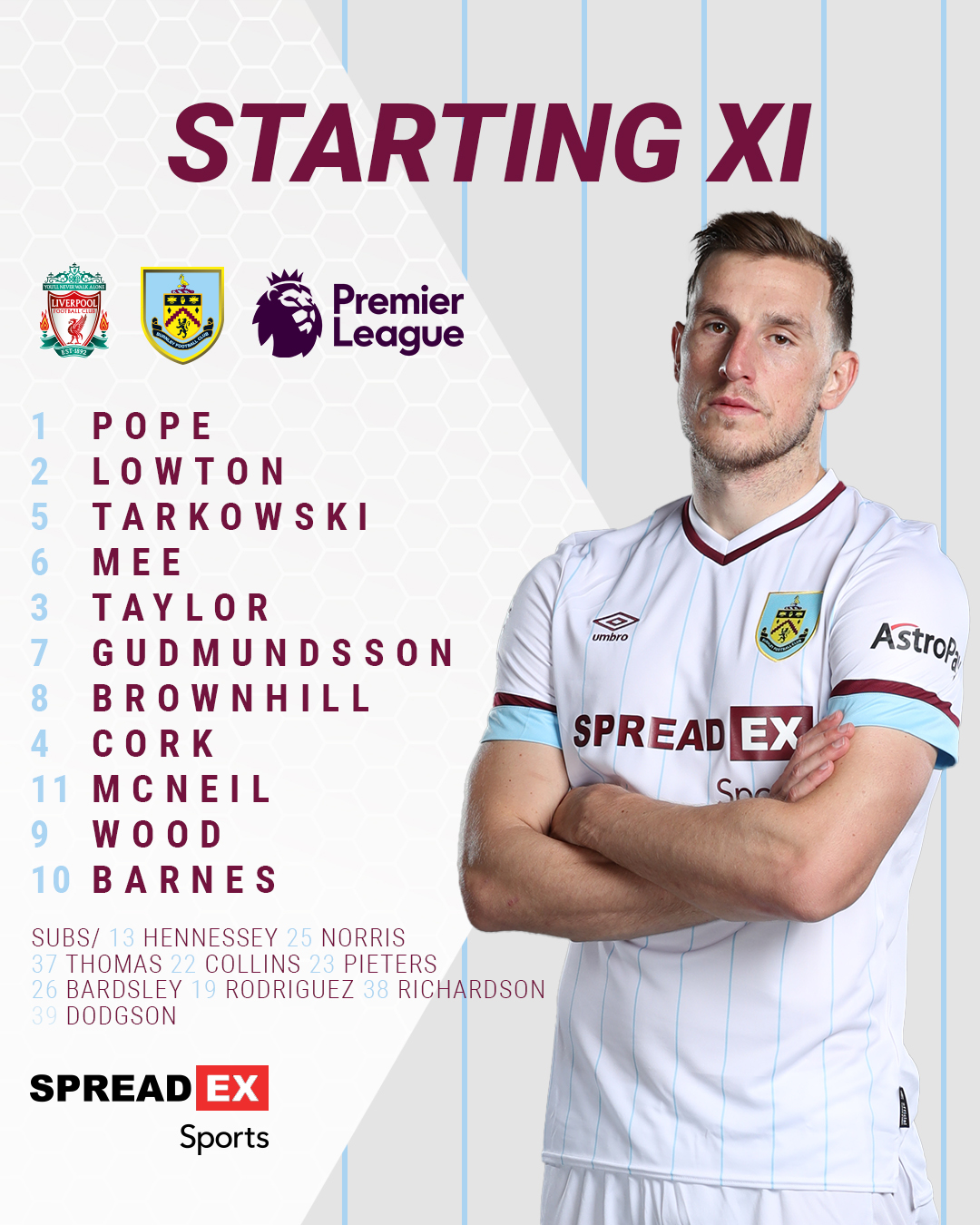 Dyche named his starting XI for the trip to Merseyside at 11:30am.

And Clarets fans couldn't help but notice their manager had named a starting XI with squad numbers 1-11.

To make the coincidence even bigger, the players' numbers corresponded with their traditional positions.

Dyche told BT Sport: "Another old-fashioned thing about me. 1 to 11, who would've thought it?"

Clarets supporters were quick to take to Twitter, with one tweeting: "Burnley name their starting team consisting of players wearing the numbers 1-11.

"All also playing in the traditional positions for the numbers. Glorious.

And another said: "SHIRT NUMBERS 1-11 IN THE STARTING LINE UP."

One remarked: " They've actually lined up using squad numbers 1 to 11."

Dyche has also opted to go for the traditional 4-4-2 formation, which has gone by the wayside in recent years.

The Clarets ran out 1-0 winners in their last visit to Anfield in January, with an 83rd-minute penalty from Ashely Barnes proving to be the difference.

But Dyche admits his troops will be hard-pressed to return to Turf Moor with all three points again, admitting: "We caught them at a very good time and played very well.

"That is the equation you need. We will have to have the same equation.

"It is very tough going to these places and winning games. You have to work hard. When you have the ball you have to optimise and maximise the chances.

"Last season they had some injuries, lost Van Dijk who is a Rolls Royce player, and we maybe caught them at a slower period and earned the right to win a game.

"There is no guarantee of doing that again."