THE pregnancy of Edinson Cavani’s model girlfriend has been cited as one of the reasons the striker is planning to return to South America.

Argentinian press are reporting Jocelyn Burgardt is close to having the couple’s second child and they want to be in Uruguay in June so the birth can take place there. 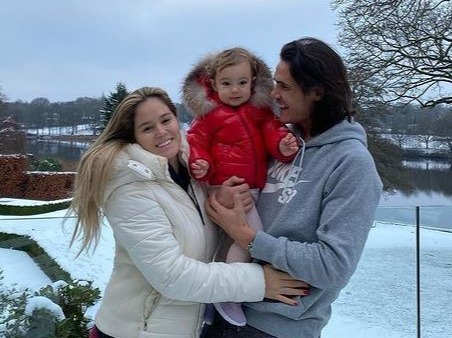 The 34-year-old is said to be eyeing a move to Boca Juniors after just one season at United, although Ole Gunnar Solskjaer said on Wednesday he was hoping to convince Cavani to stay when the weather in Manchester improved.

His dad Luis claimed his son did not feel 'comfortable' in Manchester and wanted to be closer to his family in an interview earlier this week with TyC Sports, but made no mention of Jocelyn’s pregnancy.

The couple’s daughter India turns two in May and Cavani also has two sons called Bautista and Lucas from his relationship with former wife and childhood sweetheart Maria Soledad Cabris.

Argentinian media outlet Infobae cited Jocelyn’s pregnancy as one of the three reasons the striker wants out of Old Trafford.

They also added that his close relationship with Boca vice-president Juan Roman Riquelme and his unhappiness at his three-match ban earlier this season for using the word ‘negrito’ in an online post were other reasons he wanted to leave.

It said: “His partner Jocelyn Burgardt is close to giving birth and the family’s idea is to return to Uruguay in June to welcome the new heir.

“After having been away from each other for so long, the Cavani family will be united once again or just a few hundred miles apart if Cavani ends up forming part of Argentinian football.”

Jocelyn, first linked to Cavani in 2014, keeps a low profile and her Instagram is private. 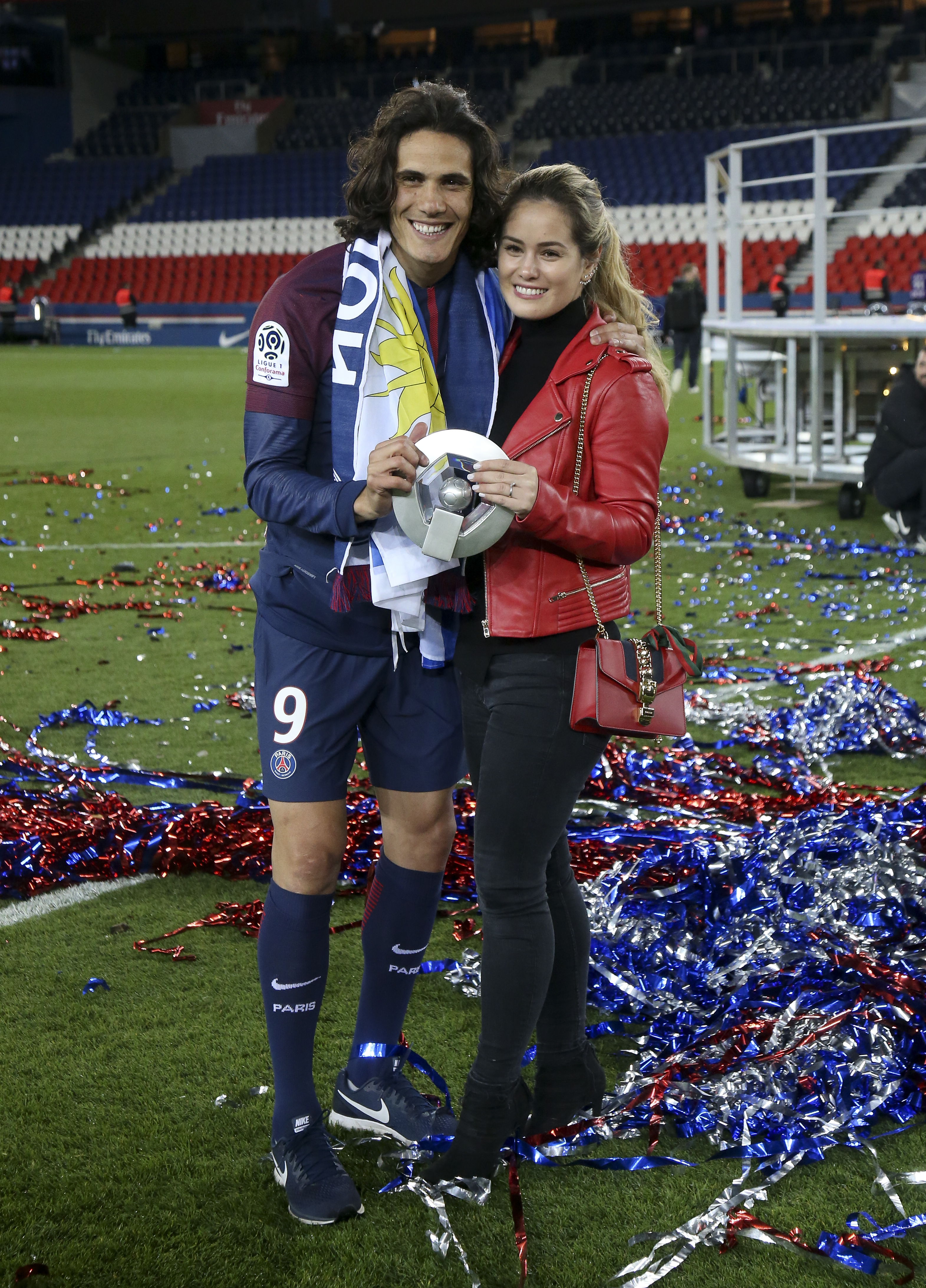 She was last pictured in a touching family video the Manchester United frontman posted in January on his social media, showing him painting his daughter’s hands before placing her right palm on his left cheek.

The pretty 29-year-old, a keen dancer who has starred regularly in the annual carnival which takes place in the Uruguayan city of Bella Union, looked on affectionately as the couple’s pet dog walked past in the background.

She was sat with her legs crossed and there was no obvious sign of a baby bump, although her stomach was hidden under a cardigan and little India was in front of her most of the time.

Cavani, who insisted he was proud to wear the Man United shirt in an Instagram post on Wednesday, revealed last October he nearly quit football after Jocelyn contracted coronavirus.

He also tested positive after a holiday in Ibiza with his partner where they enjoyed a dinner with former PSG teammates including Angel di Maria and Mauro Icardi.

“I considered that option and the possibility of stopping playing and staying in the countryside and dedicating myself to country life because of the situation.

“We all suffered with coronavirus and the truth is that it was bad because of the fear it causes. Thanks God we recovered and it evolved well and here we are.”

Cavani and his wife split in 2014 after allegations of infidelity levelled against the footballer shortly after the birth of Lucas.

Their marriage was blown apart after the publication of a photo while Cavani was playing for Naples, showing him with his arms round a young Italian journalist named at the time as Maria Rosario Ventrone.

Maria Soledad was quoted at the time in Italian press as saying: “Edinson has betrayed God, the God he strongly believes in. He’s betrayed his family.”

The star couple’s subsequent divorce was heavily played out in the Uruguayan press.

After his split from Maria Soledad, Cavani insisted: “A divorce is always difficult. It’s a failure. But I’m divorcing my wife, not my children.

“I’ve always behaved in a clear and unmistakable way towards them. I’ve always fulfilled my obligations towards them and will make sure they have all they need now and in the future.”

Cavani’s romance with Ventrone was short-lived and she blasted him after their split by claiming in an interview: “He left me nine months after we started living together.

"He was very jealous, almost possessive and I still don’t know why we finished.”

The United striker is said to have met his current partner through Uruguayan footballer Gaston Ramirez.