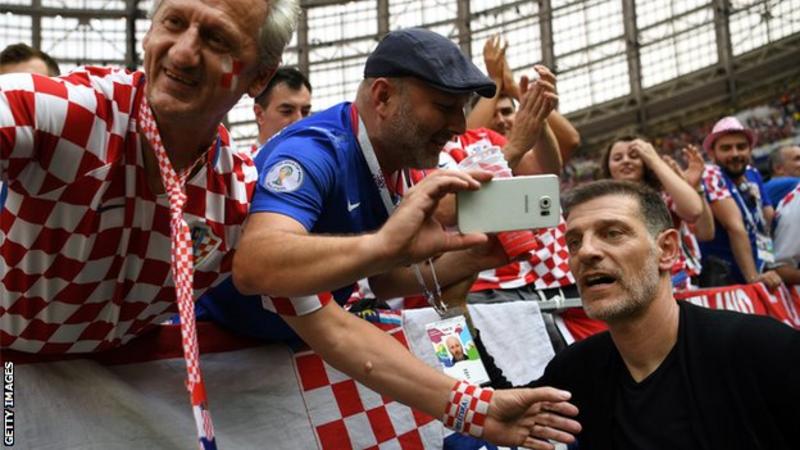 Slaven Bilic would be open to talking to Celtic about becoming the Scottish Premiership champions’ new manager.

The former West Ham and Croatia coach, 50, has been linked with the Scotland vacancy, but favours a club job.

Celtic’s history and fanbase appeals to Bilic and he is keen to talk to the club about taking over this summer.

Neil Lennon is filling that role – and has clinched the league title and could potentially secure a treble treble – but his long-term future is unclear.

The Croat also enjoyed a stellar first season in charge of West Ham, guiding them to a seventh-place finish in the Premier League in 2015/16 and a Europa League spot.

However, he was sacked in November 2017 with the club in the Premier League relegation zone.

As a defender with West Ham and Everton, among others, he earned 44 caps and was part of the Croatia squad that finished third at France 98.